Rent to own and own to rent

To rent a base model VW polo it costs 60€ a day and 70€ for unlimited kilometers. To buy a new Polo, it costs 16,000€, which means there is a ROI of 266 days. This doesn't take into consideration running costs, wear and tear, storage costs, employee costs and the rest that a car rental company incurs.

To rent a normal apartment it is conservatively, 700€ a month, which is about 23€ a day. To buy an apartment, the low side is around 100,000€, making the ROI 4347 days, or 12 years. Again, this doesn't take into consideration other costs, like body corporate fees, water, wear and tear, appliances etc. 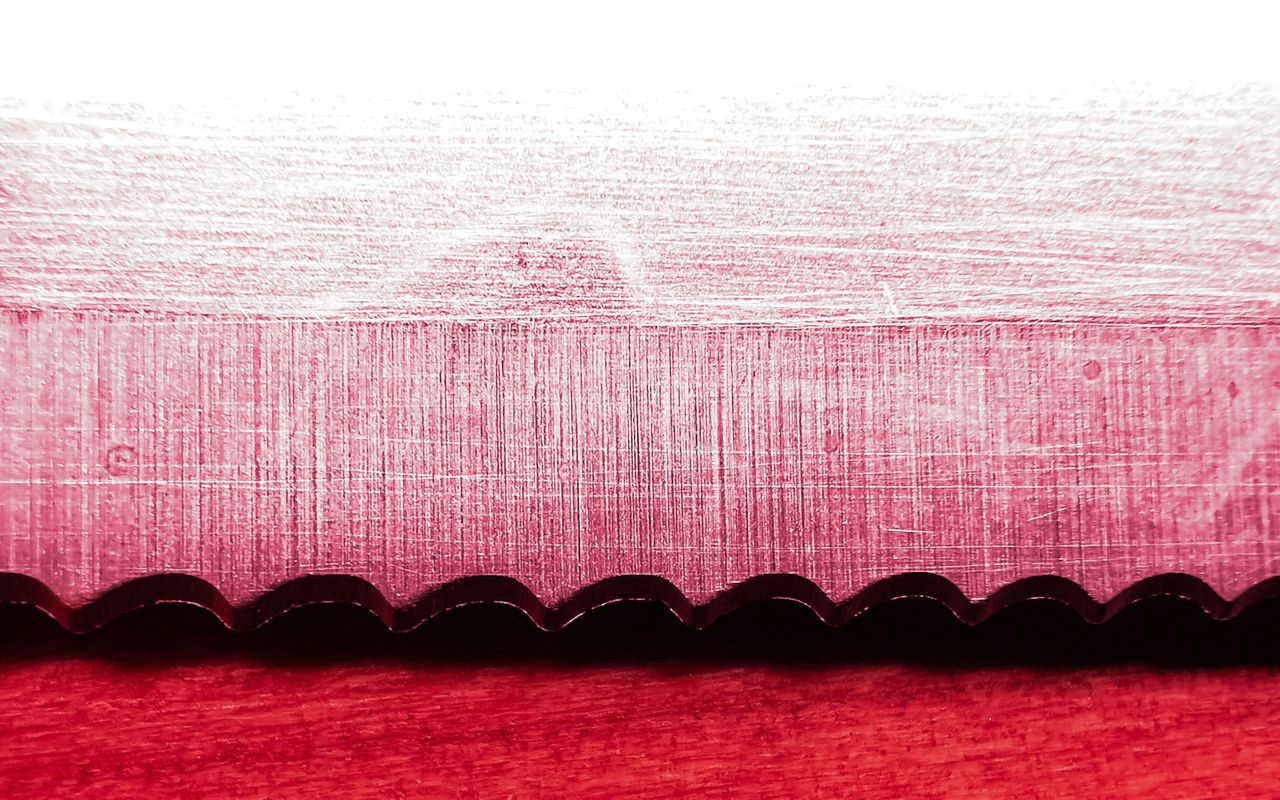 The difference between these two investments is quite obvious, as while the return on investment is much faster for the car, the car has a depreciating value that moves toward zero the longer it is in operation. The apartment however will likely hold or appreciate in value over time, meaning that while the car will be sold cheaply, the apartment will be sold for about what it was bought for after inflation is considered.

This is the most valuable card I have I think, a Gold Foil Epona, which is worth about 1800 dollars. 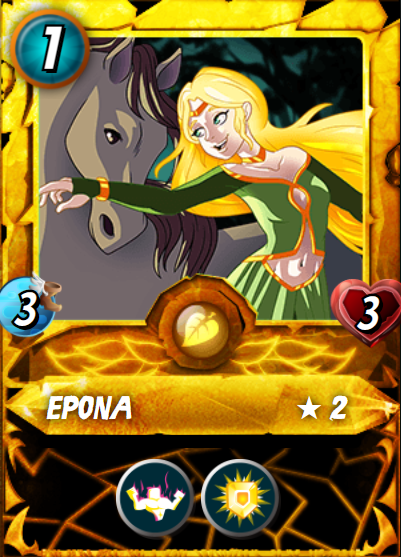 It rents at the moment for between a hundred DEC early in the season up to 1800 Dec a day at the end of the season, so it averages about 400 DEC. 400 DEC is currently worth about 4 dollars US, so the ROI is about 450 days currently. Which is about 70% longer than the rental car, but unlike the rental car, it doesn't degrade. And unlike the apartment, it doesn't have any running or maintenance costs either.

Currently (it is the first half of the season still, this is getting the highest return from rentals. 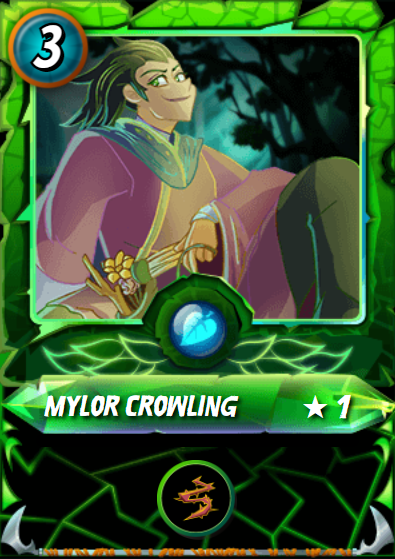 It is only worth 30 dollars, but it is getting about 300% a year return, which means that it has an ROI of about every 120 days. Quite incredible - except toward the end of the season, it is going to return closer to 2 to 3 times that, so it will be closer to every 60 days. More incredible.

Now, these returns depend on the demand for the cards, which means they will be affected by for example, changing values in DEC or the new Chaos Legion packs that are going to arrive in the coming weeks. This means that there is more risk involved than buying an apartment and a car to rent out, but there are also far fewer overheads and things to consider, as well as the initial investments are much less. While not every card is created equal form a rent opportunity, those who do their research and buy wisely, can make a decent return.

And the location is on the Hive blockchain,

NFTs such as these are the future of property in many forms and will increasingly make inroads into the investment markets as valuable assets. And yes, these are assets, even if they don't have a physical form, because their "form" is protected by cryptography. There are still many risks, but the people who think blockchains and crypto don't have value are going to find themselves sorely mistaken, as much like the buffs on the cards themselves, crypto offers assets attributes that other assets don't have. No one can crash a card, no one can burn a card down - but yes, these things can still be stolen, still are subject to supply and demand and market fluctuations and other conditions of assets.

Because people are increasingly pushed out of the marketplace of traditional assets like property, people will instead choose to keep renting a place to live and instead become owners of digital property. What is interesting is that once this happens, the demand on housing in some forms will change, meaning that the value of some property could drop as people become more content to rent, with rents going up. While this might balance values, it could affect the dynamics of the housing markets quite heavily.

It is going to affect everything quite heavily.

While the markets are heavily manipulated, the value eventually has to connect to something in the real world over time and if it doesn't it will start to be reflected in price. Demand is greatly influenced by culture and the current economy is benefiting people who already control a huge amount of resources and allowing them to get more because of it. What happens though is, it starts to eat itself as in order to grow, it has to extract from its tail and because it is pretty much centralized, this creates massive issues in the global economy, making it increasingly unstable and prone to collapse.

Decentralized businesses are not immune to failure, but because the distribution of them can be spread wide and interconnected with other economies that leverage each other's opportunities and resources in various ways, when demand dwindles into failure, the hole left can be very quickly absorbed into the greater ecosystem, with minimal effort or disruption. This means that the cycles of boom and bust are far less severe - once it is the norm. For now though, expect volatility, because this is just the start of the industry.

Now, I have bought the vast majority of my cards in packs and I have been lucky to get a few higher-end cards in the openings, but there are also people who are rewarded these kinds of cards on rare occasion through playing alone. In time, their rewards could be worth more in rent than if they own an apartment.

Currently, I could rent my cards out for conservatively about 75,000 DEC a month, which is 1068 HIVE, or about 700 dollars a month at the moment. My entire deck is worth about 35,000 dollars. That means it has an ROI of 1521 days, or four years. That is 1/3rd the price of a rental apartment and the return is 1/3rd the time. But, if my cards were worth 100,000, it would still likely rent out for about the same return, meaning as an investment, my deck is worth 3x as much as an equivalently valued property. Weird, hey? I will also add, that I haven't paid 35,000 for the cards, it is more like 12,000 or less - so there is the appreciation in price to consider also.

Renting is a service, as it means that I don't need to own a car to use one when I need it, I don't need to own a house to have a place to live and, I don't need to own a Splinterlands card to use it to play. But, I can use each of these assets to generate an income in various ways. I could rent a taxi to be a taxi driver, an apartment as an office for my business - but the card, I can combine the two and earn with it from my phone and the comfort of my couch and then what I earn, I can invest in other ways too, including renting reward cards out as well.

The way we look at assets is changing and as such, so too will the way we look to generate income - which changes the employment industry also. But having said all of this, this post isn't about influencing anyone into investing into Splinterlands as there is a lot of risk involved. What I hope it does do, is illustrate the changing forms of what an asset is, and hints at how this change is going to affect traditional markets and our local culture. A lot of people are still to understand why blockchain and crypto (which always should be hand in hand) are going to bring value to the economy, and how they are going to affect everything that is important to us, but they will learn quickly, because they are highly incentivized to do so.

We are what we eat and our culture changes to reflect our diet. Because of the poor conditions we have been part of creating, we are going to start reacting and shifting what and how we demand, and because of the spread of crypto, we are going to not only create new assets, but we are going to demand a different economy too. There is no one size that fits all, but the possibility of where we are headed with decentralization is that we are able to make the many sizes that fit us - even as we ourselves keep changing what we value.