silversaver88874
inLeoFinance
a month ago

I got this silver round from Apmex. They exclusively distributed this round. This is the first year of its production. The obverse depicts a Native American with date, weight, and purity, and the reverse show a buffalo in an aggressive stance, outlined by the words Liberty, Independence, and Freedom. It is a modern take on a classic favorite. James Earle Fraser’s design for the 1913 Buffalo Nickel has inspired both images featured on this round. It is also my favorite design in coins! I don't collect coins if it isn't silver or gold. But I'll collect these non-silver Buffalo Nickels coins because I think they are iconic. Here's a bit of American history:

About 10 months into the U.S. involvement in World War II that begins in December 1941 after the Pearl Harbor attack, the United States Mint began producing silver nickels. These coins were made of an alloy of 56% copper, 35% silver and 9% manganese rather than 75% copper and 25% nickel as the coins had been made since 1866. So why was the metallic composition of the coins changed?

Copper and especially nickel were both metals with strategic uses for the war and were more valuable than silver at the time. For example, nickel could be used to harden the metal in heavy tanks and for other military purposes.

Earlier in 1942, on March 27, a law was enacted that called for completely eliminating nickel from five-cent coins. The particular nickel composition was 56% copper, 35% silver, and 9% manganese. This alloy was used from mid-1942 through December 1945 until the war was over.

To make it easy to spot the silver war nickels from other nickels, a large “P” mintmark was added on the reverse side of the coins above the dome of Monticello, Jefferson’s famous estate in Virginia. In addition, since coins made of the normal alloy had already been produced at Philadelphia earlier in 1942, the silver nickels made there were the first U.S. coins struck at that mint that sported a mintmark. This change was also made to make it easier to spot the coins when they were redeemed at banks.

The silver nickels were also easy to spot when freshly minted because they had a dazzling brilliant finish on them that was whiter in appearance than regular nickels and often with sharp striking of the details. However, with time the finish tarnished and toned, often becoming a dull grey and less attractive, which also happened with the 1943 steel pennies made for the war effort too. 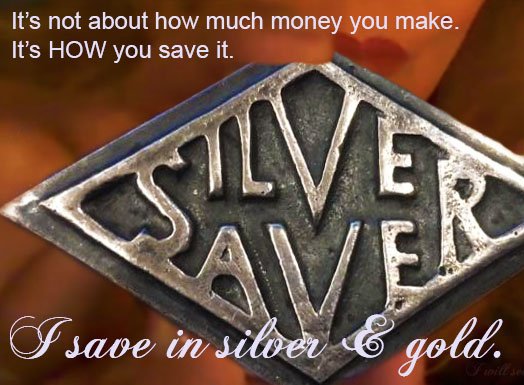