+++ see how it is connected with CoinList, Zcash, Terra, and Goldman Sachs.
You know that my research continues and that you get daily updated info from my posts. So here is some blockchain crypto love with a new sweety called, MINA!

Great then!
Let's take a closer look at MINA.

Source for the photos in this article: https://minaprotocol.com/ What is Mina Protocol?

Mina is a cryptocurrency protocol developed by 0 (1) Labs, which is the lightest blockchain network in the world. Mina has a concise blockchain, each tablet the size of just a few tweets (22kb).

Whether Mina expands later or the transaction history grows over the years, it will always maintain a small size.

The current Blockchain problem and the solution of the Mina Protocol

According to Coindesk, the total number of Bitcoin nodes has dropped below 47,000, a level not seen since 2017.

Many people have to stop the nodes in their Bitcoin network because it is so difficult to run software due to the growing size of the Bitcoin block. Bitcoin has a chain size of over 320Gb

When a new person wants to join the network (complete node or miner), they must check each transaction from the beginning of the network.

This requirement becomes impossible for people with poor equipment. Buying a decent computer as a node on Ethereum or Bitcoin is an investment that is beyond the reach of most people in the developing world.

Mina's blockchain is so small that it can run on your smartphone. The Mina protocol is able to achieve this amazingly thanks to the zk-SNARKs technology, which allows the verification of expensive calculations without actually performing them.

Bitcoin cannot scale without sacrificing aspects of resistance to censorship.

Mina can solve all these problems at the same time.
Mina can never withstand censorship due to its chain of fixed-sized blocks.

The decentralized applications on the Mina (Snapps) thanks to the zk-SNARKs technology keep the users confidential, with data calculated outside the chain and verified in the chain.

Remarkable features of the Mina protocol

Zk-SNARKs (Zero-Knowledge Brief non-interactive arguments of knowledge): it is "proof of lack of knowledge". "Unknown evidence" allows one party to prove to the other (the verifier) that a request is correct, without disclosing information that exceeds the value of the request.

Zk-SNARK technology has helped Mina take advanced development steps. Mina allows complete nodes to remove blocks after they are validated, replacing them with zk-SNARK - a snapshot of each block.

This allows Mina to compress a hundred GB strings to just 20kb.
( 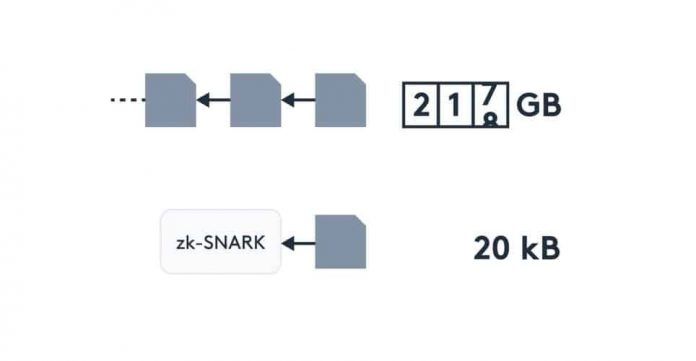 Snapps (SNARK Powered Applications): If Ethereum has dapps, the applications on Mina are Snapps, Snapps are supported by SNARKs, distinguished by dapps by three features:

Roles in the Mina protocol network

Verifiers are those that only need to download a few hundred bytes of zk-SNARK and take a few milliseconds to validate the status.

Similar to miners or players in other protocols. They are encouraged by rewards or transaction fees paid by the user. In addition to the direct stake, they can trust another block manufacturer to trust the shares.

To ensure that the blockchain remains concise, for each transaction you add to a block, you must SNARK an equal number of previously added transactions. Otherwise, their block will not follow the consensus rules and will be rejected by other nodes. How about that?

Snakes are people who join the network, producing zk-Snarks to verify transactions. They are given a fee, called an offer if the manufacturer will pay those fees out of the total transaction fee if their SNARK is used. 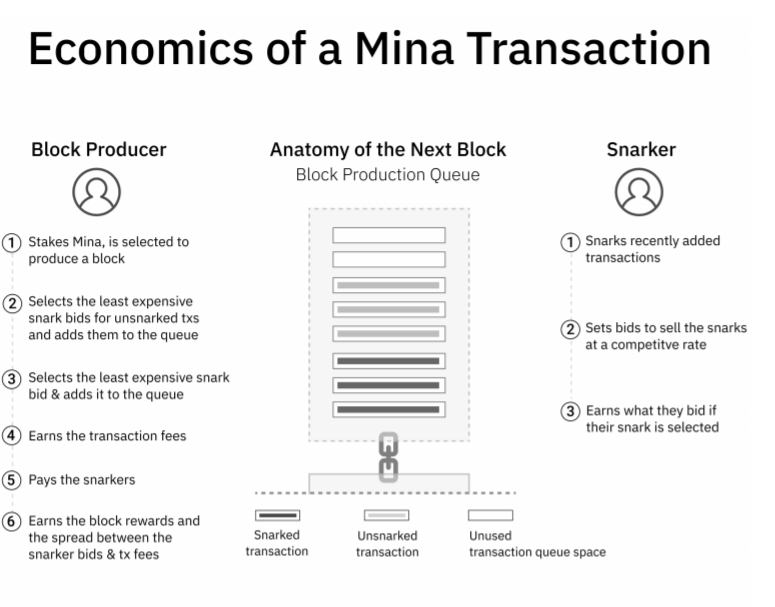 Behind Mina is the team of 0 (1) laboratories with CEO is Evan Shapiro, and CTO is Izaak Meckler. Evan Shapiro is a former Mozilla engineer, Isaac Meckler is a mathematician and computer scientist.

Many engineers from 0 (1) laboratories are graduates of prestigious universities such as Stanford University, Harvard University, NYU ... or have worked at famous organizations and companies such as Coinbase, Ripple, Cosmos ...

Including some prominent people like Paul Davison Co-founder and CEO of CoinList; Josh Cincinnati Former CEO of the Zcash Fund; Joon Kim was a former general counsel at Terra, vice president at Goldman Sachs. 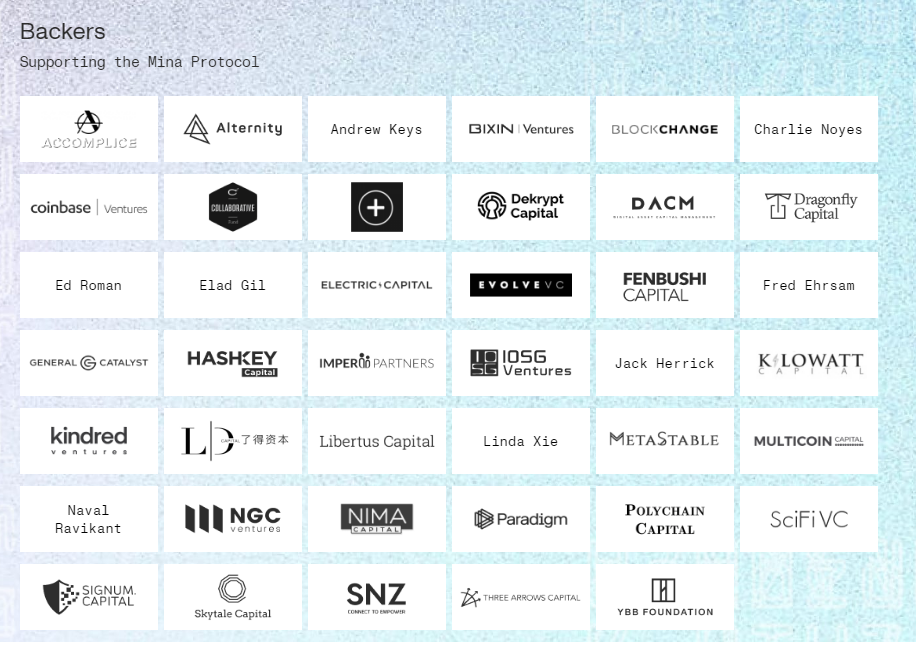 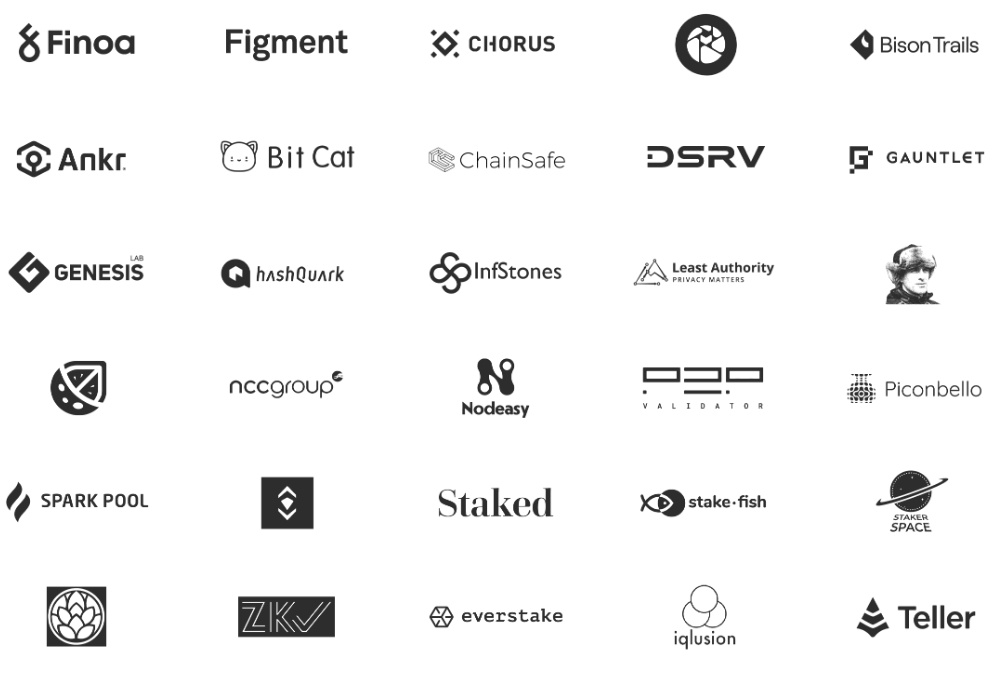 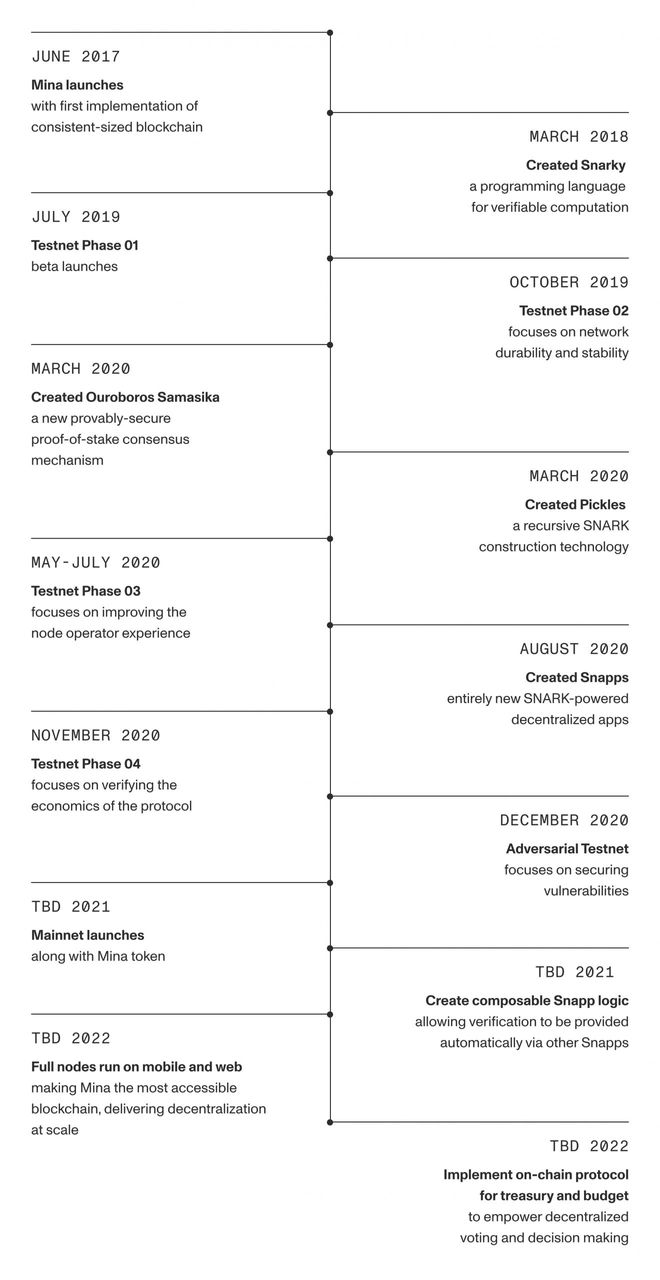 Satoshi's vision opened the dream of a free financial system - but a number of technological constraints have limited the crypto-construction community ever since. Issues such as data security, network congestion, transaction costs, ease of use, and integration into traditional services play a role in limiting progress.

Many say that the revolutionary blockchain architecture Mina with easy, scalable, extremely secure blockchain will solve today's problems of other platforms.

With the investment covered by large companies such as Coinbase, IOSG ... together with a team of talented and experienced engineers, Mina promises to be a potential digital currency in the near future.

All information in this article is a subjective evaluation and analysis, with informational purposes. It doesn't represent investment advice.

With research and passion,
@regenerette 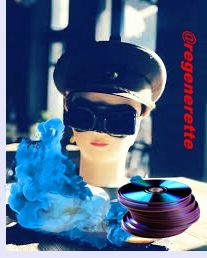