Its been 4 months 10 days since I started trading. Not a pretty large amount of time but larger by experiences I have gathered. You can call me a noob in trading but i do call myself a learner who is learning in every bit of second. I just exited a trade with 10% loss and it started to move up. Hehehe.

Well,profits and losses go hand in hand in trading. In one trade I made some profits and in another I may lose some for my fault or for the craziness of market. In some cases we may feel our foolishness behind the loss or in some cases those happens due to the market, no hand of us. Peace!

Once I asked someone about how to exit from a trade, he did answer with a simple and effective strategy which was to exit i should know when I am satisfied with the profits and then take profits or exit. I applied that on my first ever trade which came as a blessing. Cardano was that, from my research I targeted 1$ as its ath was more than that and so many projects in hand. I held tight with the investment from 16 cents to 90 cents and then moved my profits on other trades. That was a successful one,I will never forget that.

Sometimes they don't work out as you expect to do, some may go down instead of coming up. Don't panic, its a bull market and most of them should go up if you pick with some potential. Panic did cause me loss a few moments earlier I mentioned upside. Yes that was for my panic on a trade. I jumped in and set a target, it rose but didn’t hit my target and started to fall in a large number when it was struggling to touch my buying price. I did sell them in the fear of losing more. After a moment it's shooting higher and higher.

Its a irony that we all feel that when we buy a coin it starts to go down and down and when we do sell them they get the ticket to the moon. Damn! Those hurts a lot. 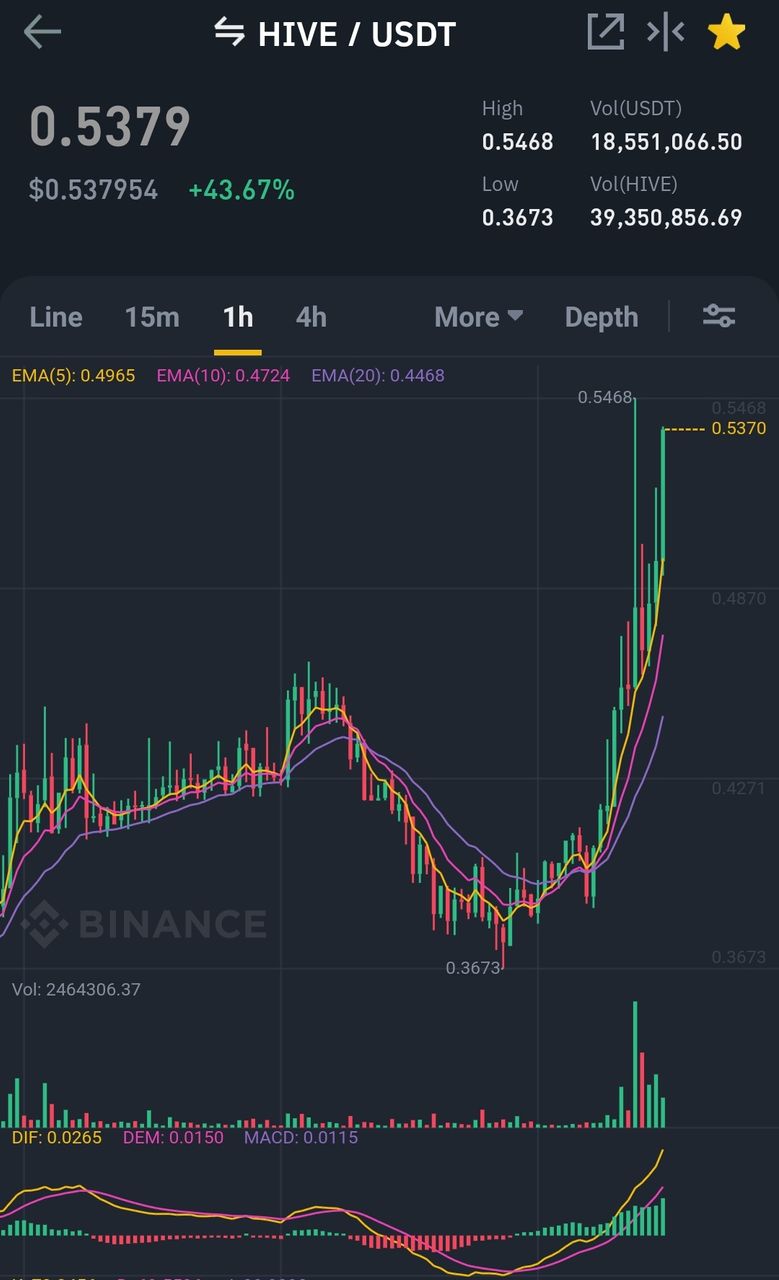 Who knows the future? None. We all saw our beloved hive falling to 10 cents region. Most of us couldn’t expect that it would recover from that zone so fast and so well. While i am writing its been trading upside 50 cents. Yes. It did hit 54 cents on binance few hours back. So those people who accumulated hives in that low region is now having satisfaction and counting profits.
Well, in my opinion its not still late, When hive will be at 1$ we will be also thinking the same that why didn’t we hodl at that time. Well, i am not selling before that 1$ milestone. Sit tight! not a financial advise

When you sell a coin you lose the position, no matter how high it goes after your sell you can't claim those worth until you buy back the position. So while trading many people take profits and buy back the initial position, that's the strategy i wanna master but struggling hard on that. It's undoubtedly a great strategy which is known as scalping.

In terms of short trades we do sometimes feel regret even after taking profits. Why did we sell so early? Well, we can't predict what's early or what's late while trading accurately. Its like buying the dips and it starts dipping and dipping. You can't exactly claim that's the dip and it will shoot up.

Well you can do one thing, if you wanna just take profit and don't want to feel regret for early sell,just don’t look back after selling. Hahaha.

I have so many telegram free trading groups, who give signals to many coins which could pump. Well well well, personally I wouldn't recommend you to follow them blindly. Let me say what i do with them, when they do suggest a coin i check them on binance, obviously most of them starts pumping (i doubt they buy first, suggest on their paid groups and then tell in the free ones, hahaha) so i just add the coins on favourite list, do some research on them about their potentials and roadmap and put some alerts on some targeted price where i may jump in. That's my strategy with those signal groups.

Another fascinating thing I saw few days ago for the first time is 'the mountain pump' on a fixed time they would announce a name of a token where most of the user starts buying as early as possible and the coins would pump even 2x 3x within a few minutes. Imagine a group of 100k people, where they can shoot up the price even with a tiny investment. Risk alert! I just feel fun on seeing them. 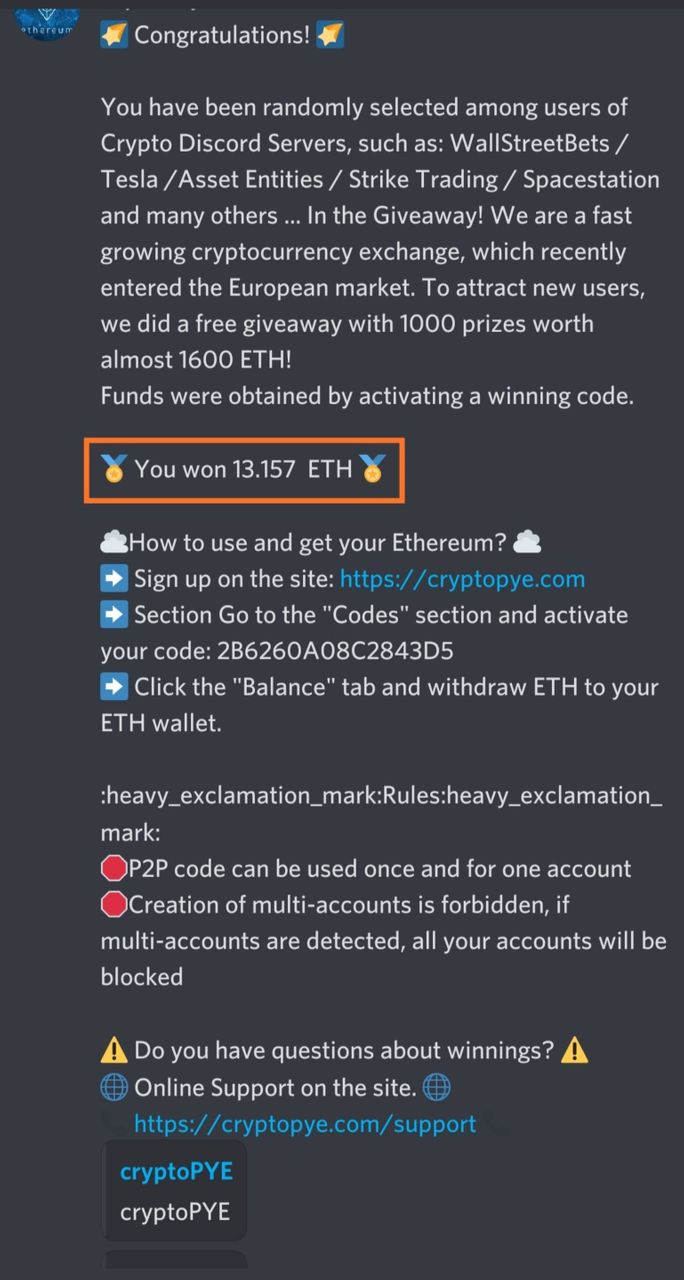 Congratulations you have won 13 ETH.

Haven’t you got such messages till now? I am sure you did have. These kinds of traps are common with us. Every few days we get an enormous number of such texts. Do you fall for these? Do you wanna go through these scams and get traps? I bet, you don't want to. Be careful!

Few days earlier I saw a new user who fell for such traps. Someone told her to go through a link and something like that and she fell for this trap. Her account got compromised and she lost her liquidity. Later she came to the server and told us about it and the best possible thing was to create a new one.

So many things in crypto trading are happening around me. I do believe that the more you explore the more you learn and make yourself better than the previous day. Now i feel confident while entering a trade, i feel relieved even though i suffered a loss because there is always a lesson from that trade. So these were all for so far in my trading experience.