Liquidity Black Hole Theory and How it Now Applies to WLEO 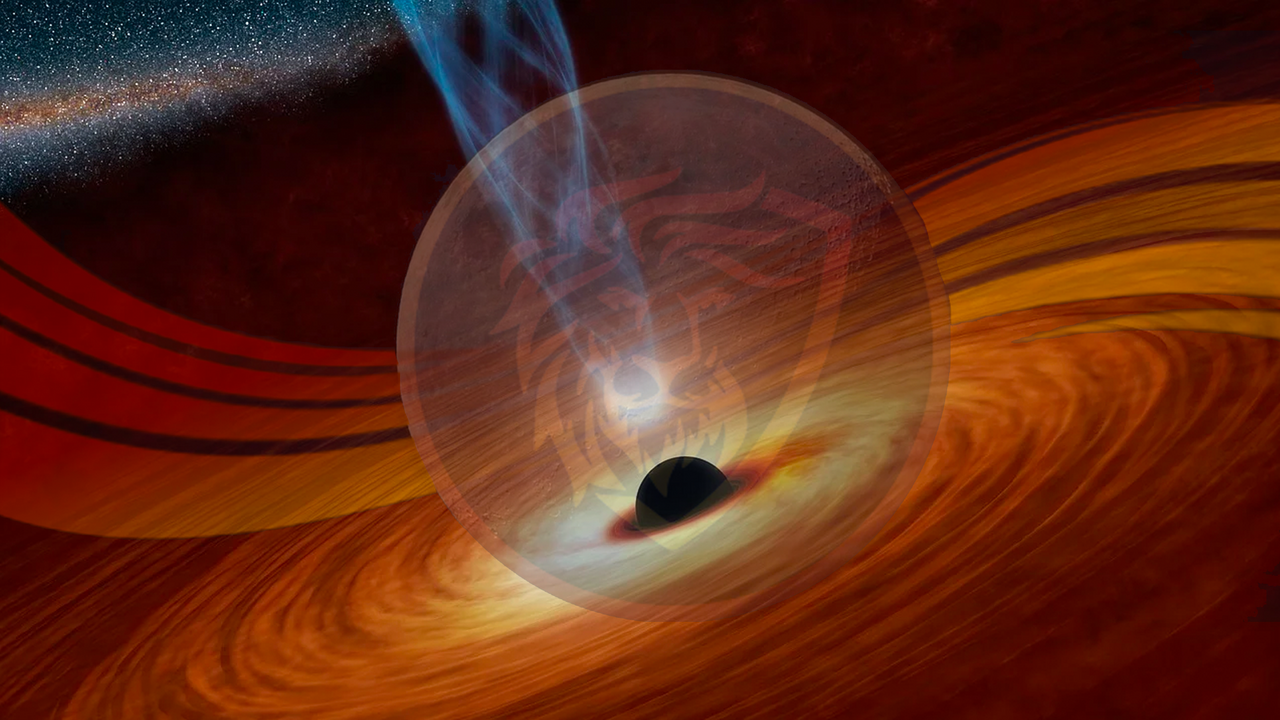 I feel like it's been a while since I sat down and just wrote a long-form post about something on my mind. As I've been working on the WLEO launch and releasing the Geyser distribution ecosystem for the WLEO-ETH pool, liquidity and DeFi more broadly have been at the forefront of my mind. 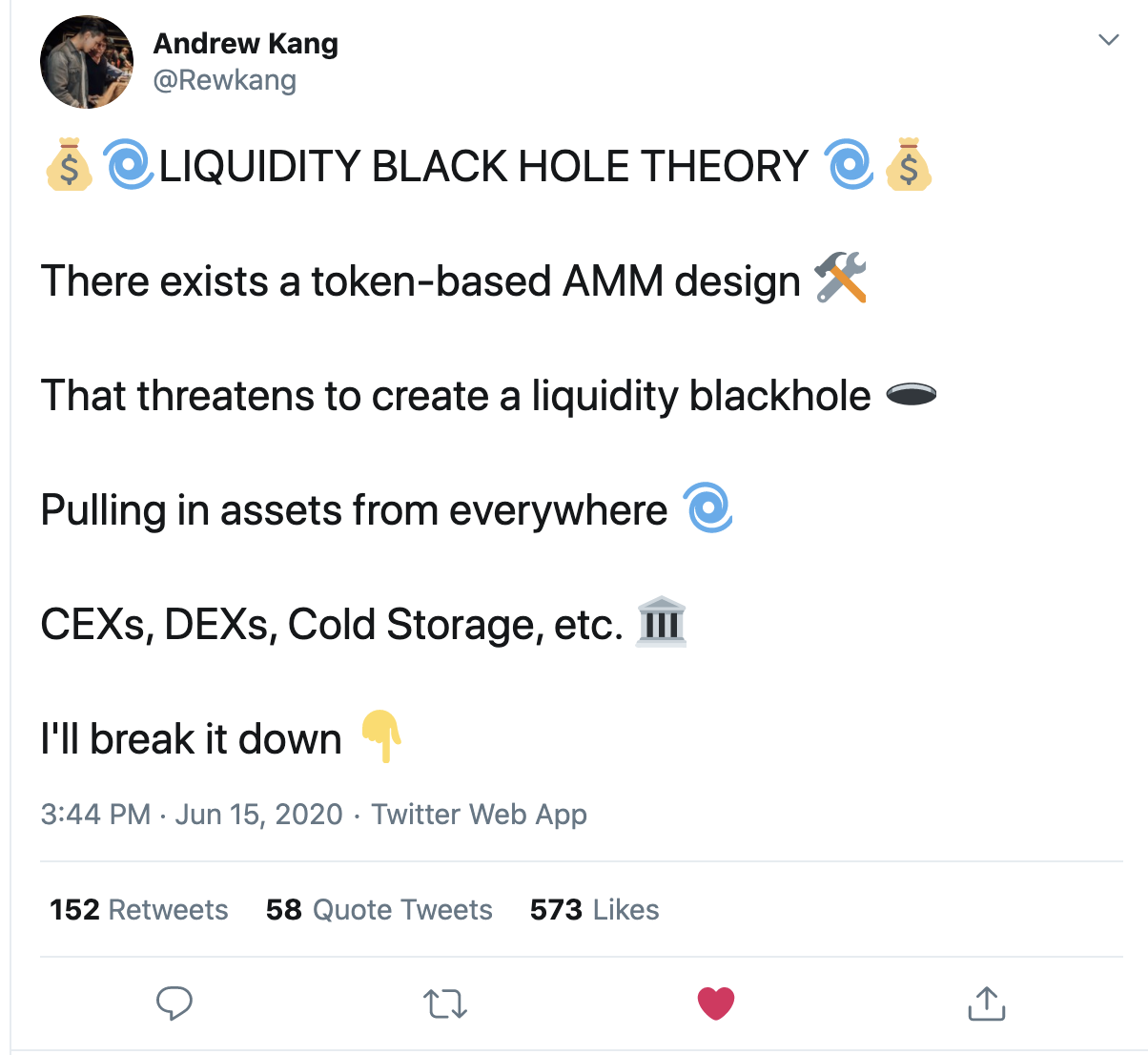 AMM stands for automated market maker. AMM is one of the fundamental ways in which DEXs like BEPswap, Uniswap, Balancer and others operate. It's a protocol that allows investors to deposit liquidity in the form of the swappable currencies (in our case, WLEO and ETH) and earn a % of fees as traders swap in and out of the two currencies.

The problem with AMMs - and every exchange, really - is the time tested chicken and egg riddle. You start out with 0 liquidity and 0 trading volumes.

Without high liquidity, you will struggle to have high trading volume.

Without high trading volume, you will struggle to have high liquidity.

How Does a New Exchange/AMM Protocol Solve This Problem?

How Liquidity Mining Kicks Off the Network Effect

Liquidity mining has been given several names. Many will recognize "Yield Farming" as a term in the crypto space. Some negative connotations come along with that term, so lets stick with the liquidity mining term - which, in my opinion is more accurate when describing something like RUNE or WLEO.

With WLEO, we've created a sustainable model that distributes LEO/WLEO from our daily rewards pool to liquidity providers.

Investors who hodl LEO/WLEO are able to deposit WLEO + ETH liquidity into our Uniswap pool.

When a pool or exchange starts like this, there is no reason for investors to deposit liquidity. As we said before, this is a chicken and egg problem. 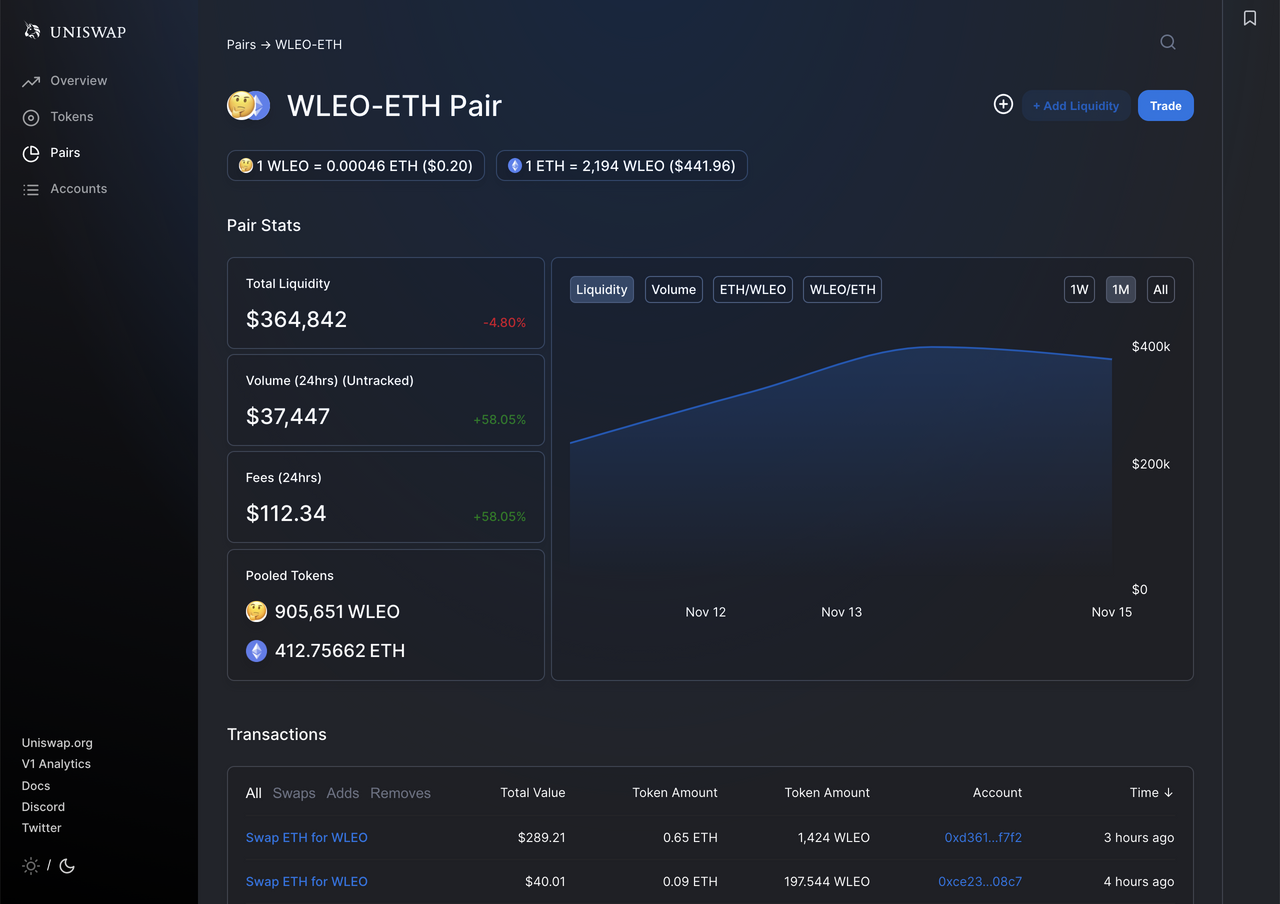 Outside of having the most loyal and amazing community ever (which we have), liquidity mining plays a central role in this early liquidity.

The liquidity mining rewards incentivize users to buy LEO/WLEO, match it with ETH and provide liquidity to the Uniswap pool.

As early liquidity is incentivized, the trading volume increases naturally as new/existing investors want more WLEO or ETH to establish their position in the liquidity pool.

This trading volume increases market maker profits (% rewards earned as fees) which then also contributes to the capital that is being provided as liquidity (since it has a greater incentive).

This increased liquidity decreases the spread (also referred to as slippage). As the spread tightens, traders have an easier time doing larger and more frequent trades in and out of the pool.

So the cycle repeats. 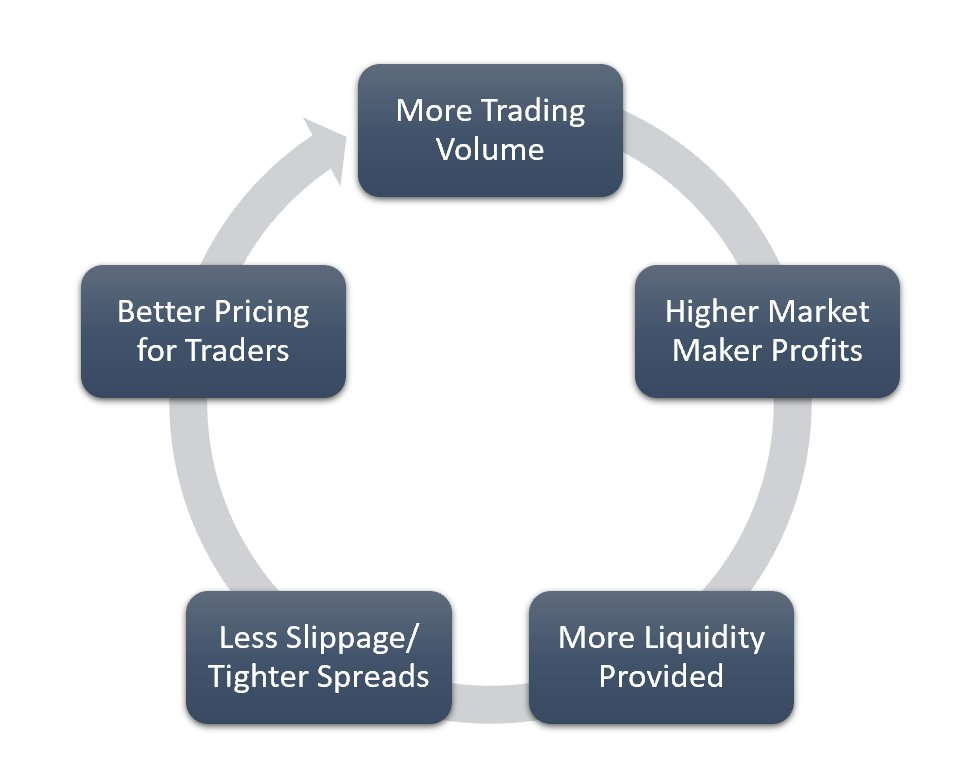 Where Does WLEO / LeoFinance Go From Here?

I've been seeing a ton of posts lately asking where LeoFinance and the WLEO token go from here. The goal of WLEO is not to simply set up a liquidity pool and then coast along as if nothing's changed.

For a project like LeoFinance liquidity is essential. Without liquidity, new users and existing investors wouldn't be able to seamlessly buy and sell LEO/WLEO.

Without this seamless process in place, your scope and scale are limited to a great deal.

I put out a tweet from the LeoFinance account earlier today and discussed the vast difference in potential that is offered to us from Uniswap versus Hive Engine.

On Hive Engine, the total trading volume per day is on the order of $7k USD.

The trading volume on Uniswap averages in the hundreds of millions of USD per day.

Also consider that LEO is consistently the top #1 or #2 token (usually only rivaled by DEC) in terms of daily volume. We typically contribute more than 30% of the total daily trade volume on Hive's second layer.

Many have discussed this before: LEO had reached the ceiling of potential that Hive-Engine offered. The volume and liquidity haven't been growing. The best way to improve that situation is to branch out.

Liquidity Black Hole Theory offers an insight into how a token like LEO/WLEO can increase 20x over night. It offers insight into how our pool can go from $0 to $350k in 48 hours and most importantly, it offers a perspective on what is possible as we take WLEO to new DEXes, CEXes and DeFi protocols.

WLEO is an ERC20 equivalent of LEO and it opens up the doors to an endless sea of opportunity.

So to answer that original question: "Where is LeoFinance & WLEO Going?"

We're achieving our goal of becoming a cross-blockchain ecosystem. A hardcore community of hodlers, investors and content creators. People who work together on a common mission to grow our ranks and continue to onboard new users who are as passionate about finance & crypto as we are. 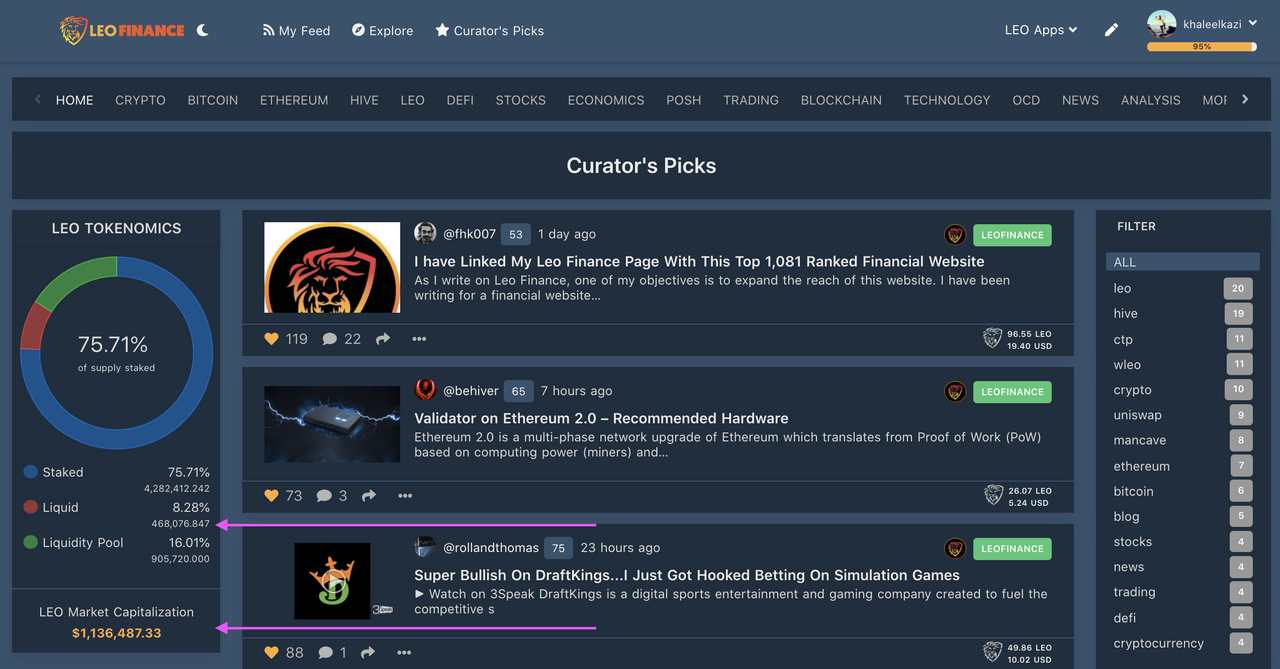 LeoFinance currently sits at a $1.1M market cap. Our potential as a project has only just begun as we continue to develop the core pillars: Community, LeoFinance.io UI, Liquidity, WLEO, LeoApps..

Throughout the rest of this month, we're releasing V2 P2 of the LeoFinance.io UI which brings a set of essential features to the community.

In December, we'll release an updated month-to-month roadmap which will also unveil our latest project: micro blogging on Hive. Many community members have heard whisperings about this project, but none of them are prepared for the integration itself. Get ready to change the face of web3 🦁