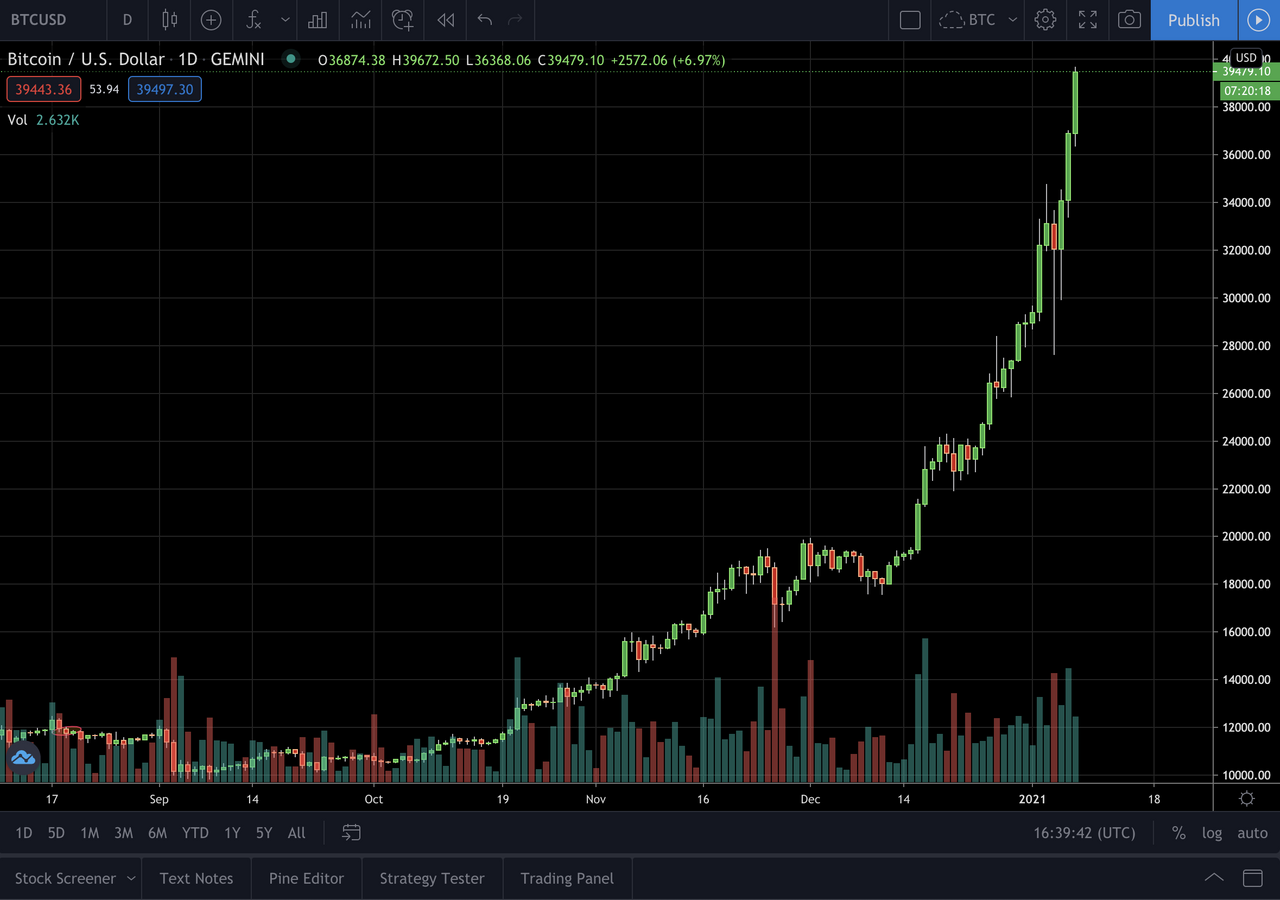 Bitcoin is quickly approaching $50,000 USD. This has been a price level that so many of us have been eying for years.. going all the way back to when we first got into the space.

For me, this is somewhat of a take profits point. I have an amount of BTC stashed away that I don't plan to sell at any time in the near future. Even if we get up to say $300k USD.

Outside of this, I have another amount of BTC that I am willing to part with along the way to $300k. This journey of HODLing BTC for so many years now has been incredibly fruitful for more than just financial reasons.

Most of us get into this space for the money, speculation or some assortment of financial reasons. I think one of the many reasons we stay in the space is the rabbit hole of learning about this new financial system and how it actually has an impact on the world.

Regardless, the profits part of this game is typically a hell of a lot more fun than the long bear markets and deep crypto winters.

Is It More Fun?

It's an interesting question. Is it really more fun when we're in a bull market?

It is certainly fun to spend a lot of time here on LeoFinance and over on Twitter reading and engaging with the crypto community. We all get to continually update each other about the latest all-time highs and talk about the prices going up.

Every day now seems to be one where I wake up to new tweets about ATHs not only for Bitcoin but also for LEO / WLEO. Today, we hit $0.50 for the first time ever.

The bull market is a great time for talking about profits and seeing ridiculous numbers on our Blockfolio or coingecko portfolios but it's also a stressful time.

When do you take profits?
Should you just HODL?
Where is the top?

These questions are impossible to answer. For me, taking profits has begun to a very small degree. I'll start selling some BTC here but not so much that I'll regret it if we continue to moon.

$50k seems to be a logical point to turnaround and see some downticks. In all seriousness, we may not. The only thing I can do for some peace of mind is sell small amounts of BTC along the way.

If we see a downtick, I'll be happy to buy back in. If we continue climbing, I've still got my HODL bag in place and won't be selling that core position any time in the next few years. For me, this industry has always been a multi-decade adventure as opposed to a quick speculation play.

I've been here for over half a decade now in the crypto space and I'm excited for the next half decade and more to come.

How the Bull Market is Impacting LEO / WLEO

There are so many different projects being developed right now. It's crazy to look at where we've come from and see where we're at now and where we're gonna be in the near future.

I use alpha versions of all the new products before they are released. Our latest products that are almost ready are the Leo Lightning DB and the next LeoFinance.io update.

Not long after that, you'll also see our new second layer project start to take shape with the initial testnet launch.

If you've been paying attention to the LEO / WLEO price and our project market cap, then you'll know that we've been skyrocketing throughout this bull market in the past 2 weeks. 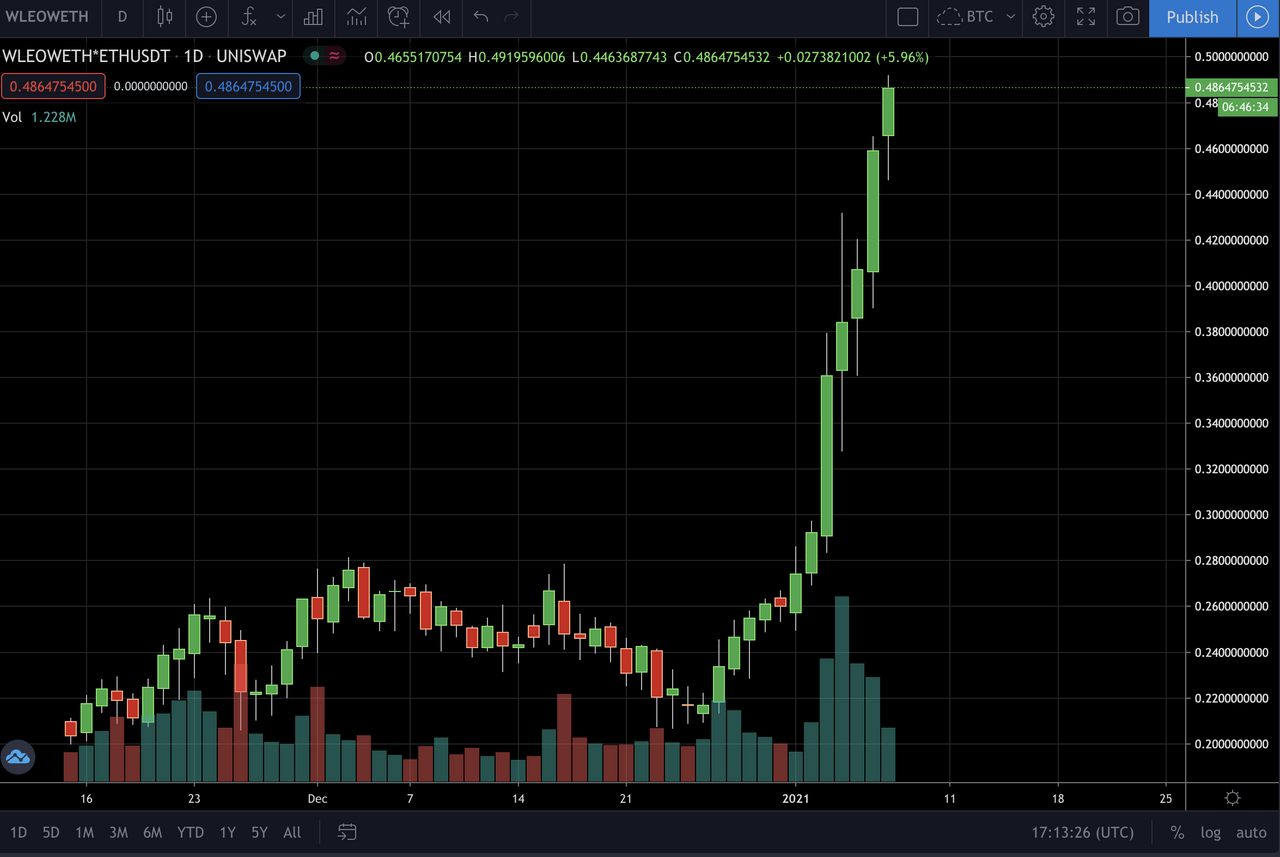 This is awesome to see and I love waking up to new ATHs for WLEO. The key though is moving our project to a robust, decentralized and highly secure second-layer.

This type of second-layer doesn't exist on Hive (yet) and we're bringing a unique take on governance, node operation and tokenization to the world of crypto. There truly isn't a project like LeoFinance out there in the crypto space.

To those wondering how LEO / WLEO could be so valuable.. take a look at the direction we've been buidling in. I pushed out a tweet this morning from the LeoFinance account: 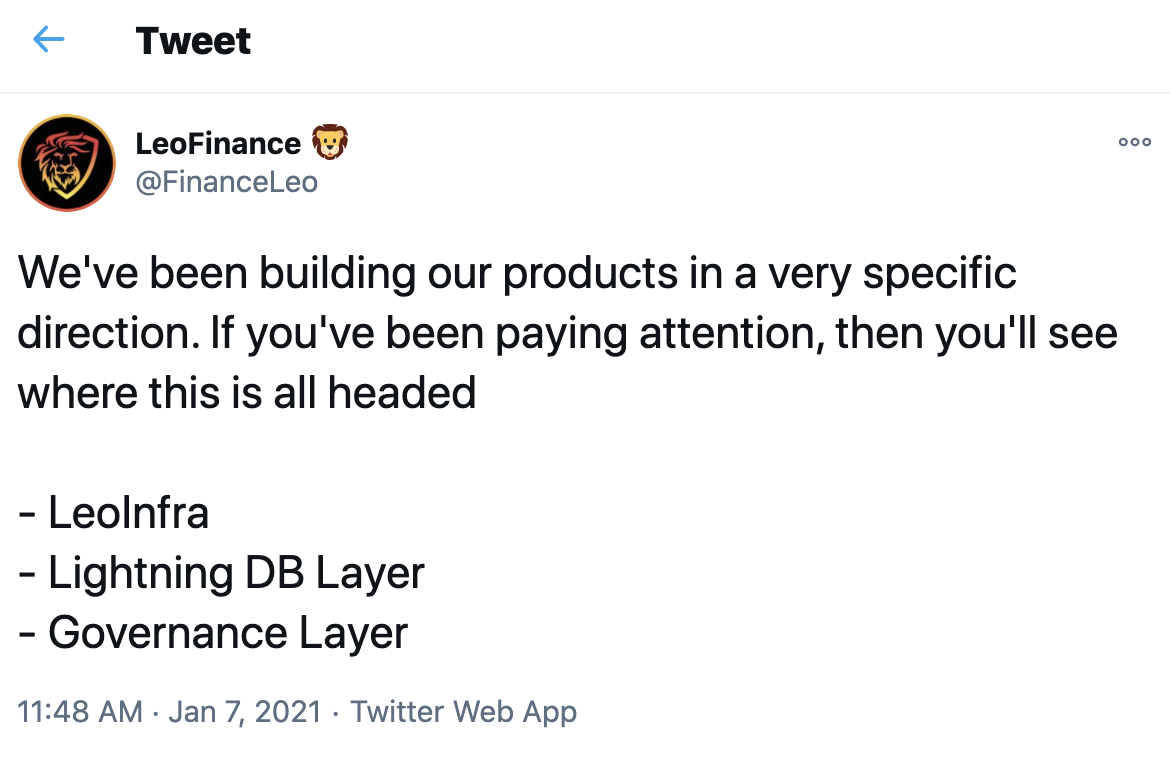 Our Uniswap liquidity pool has hit $1.1M USD! Geyser LP yield is set to be more than 40% APY for this month's round of payouts due to the drastic increase in LEO value (the 2nd Geyser payout is going out in ~5 days).

With all of this rise in price, you'd think some LEO might be getting powered down to sell.

You'd be incorrect. Not only is LEO at an all-time high in terms of price, it has also set new all-time highs in terms of how much of our supply is staked. There is now only 147,462 LEO liquid on the Hive blockchain with 78.70% of the total supply powered up in Hive accounts. 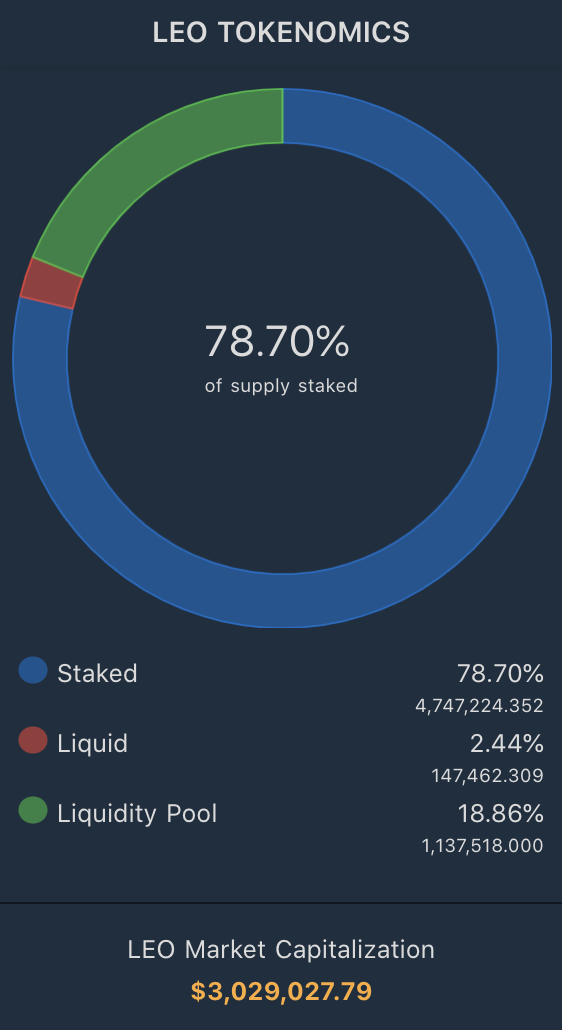 The bull market has been nice to us so far. As many will remind you, we're not even in full alt season yet. What we're seeing right now is the initial stages of a bull run where BTC leads the market, ETH slowly trails behind and the alts are waiting for their turn.

If this is true, where do you see LEO / WLEO ending up during the alt season rally coinciding with the launch of our new major products like project ___, the new second layer with governance, Lightning and more.

Massive dev updates are coming soon. The @leofinance account has been quiet for a reason 🦁