The rise and rise of LEO shows no signs of slowing down, in fact it feels like its only just getting started. With the announcement of the first week of the Liquidity bounty, I thought it would be timely to look at a few different stats from around the place on the LEO trajectory.

The clearest source of info for this is Simple Analytics. I have pulled the data from the relaunch of the website after switching from the old SteemLeo branding to LeoFinance brand we know today. 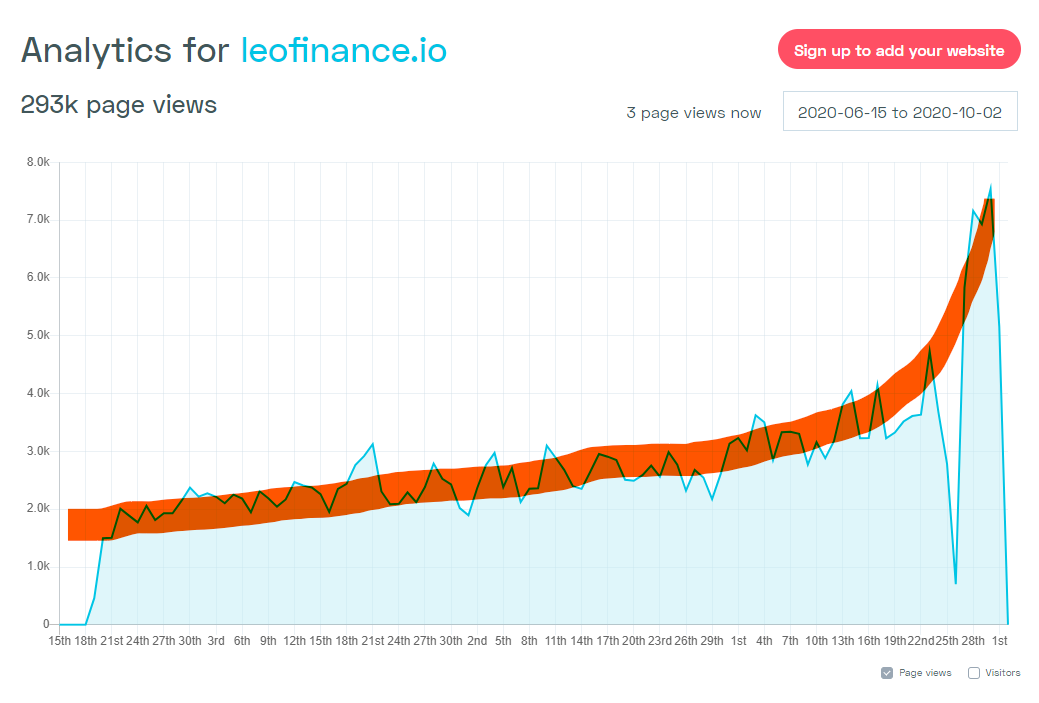 Even before the WLEO undertaking began, the trend was clearly positive, but in a Linear fashion. It looks like it want to go parabolic, but the next week will tell the story. We all know what more page views means for the site - more ad revenue. With that comes more token "buy back and burn". 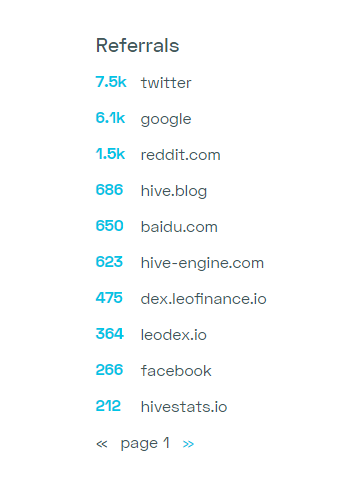 The number 1 source of page view referrals (where the traffic came from) has been Twitter - so keep on tweeting out those articles. A little tip on this is that you don't only need to tweet your own content. If you find a great post that you enjoy, feel free to share it - especially if it hasn't yet been shared. The easiest way to tell this is to look for the "Poshbot" comment on the post.

State of the Dapps ranking

Overall on State of the Dapps, Leofinance comes in at 35th, again with a steady upwards trend. Narrowing it down to the "Social" category, LeoFinance ranks in 6th place.

I'm not really sure how a dApp with 0 users in the last 24 hours ranks highest in the social category, but there you go. Interesting to observe that the trend for PeakD and Hive Blog both appear to be heading down, where LeoFinance's is heading up.

Just like the other metrics, the Alexa ranking shows a clear and definite uptrend. 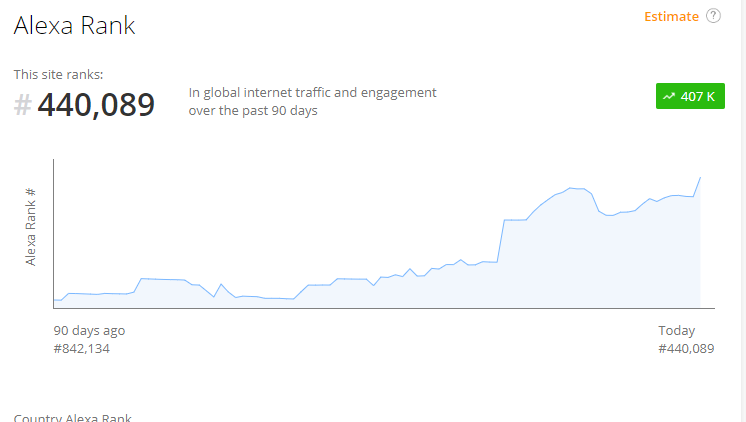 The ultimate measure of the performance of LeoFinance is undoubtedly the price of the token. We all know how that is going: 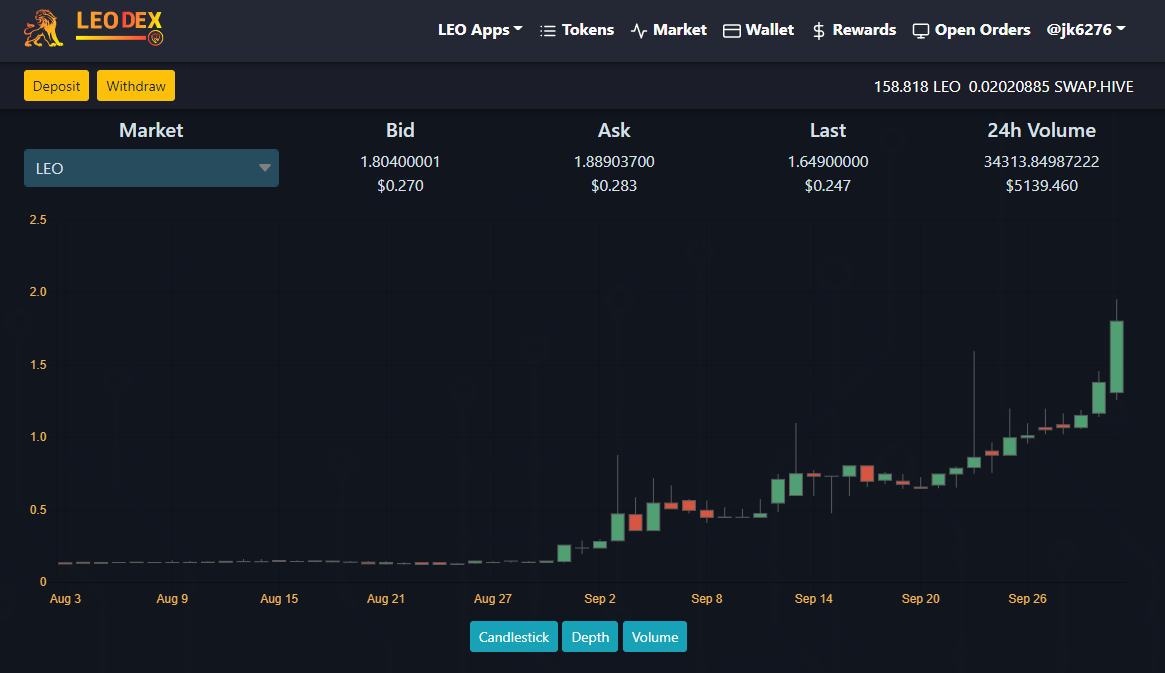 Don't really need to say much about that - it speaks for itself.

So there you have it, just a few metrics, all heading in the same direction for LeoFinance. If you are new to LeoFinance, and looking for more info, this explainer page is a great place to start.