jelly13-15
a year ago
inLeoFinance

I declare my recent social experiment a mild failure. Sure, it proved people prefer to stand away from fights unless they have a dog in (most do not) but I have known that before. I did not even get a couple of hot-head downvotes I expected (I am not nervous though, my fair share should come closer to payout). Bad luck.

On the other hand, I got to have a civil conversation with @balte, who is the largest whale in the German-written sea. He questioned my policy of not leaving a note while downvoting. Even though I never downvoted his posts, he has upvoted a couple of posts involved so it would be rude not to inform him. 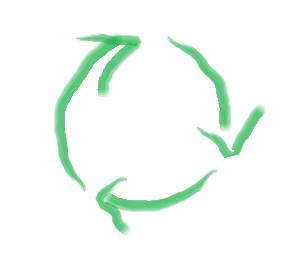 Therefore, I present you the Foreigner's Guide to German Hive on Loop. It is not meant to accuse accounts (although I voice my personal assessments). It is meant to catalogue the reccurent posts in German language for the benefit of a casual passer-by not equipped with the language skill. I give the English summary and some insight but any conclusions you may make are your full responsibility. I picked up that people involved understand the unusual nature of their posts so the main motivation is to level the information ground between those who speak the language and those who not. As I happen to stand in-between the two camps, I seem to be a decent choice for the first step.

Before we start, there is nothing wrong with digest posts or any recurrent posts a priori. I am around a couple of those myself. But these are not designed as money grabs, these are centered around content. Not because someone voted they have to. That's because spam avoidance is a part of basic social contract on Hive. So is valuing engagement (which was the principal point that @schlees raised a while ago when he voted). This is where opinions come into play.

(Shortened) Post titles in italics are not meant to be links. The posts' contents can vary day from day. It is not fair to give me an option to pick the best or worst as I please. You are meant to look at the profile and use the provided info as an aid to browsing a language you might not understand.

I elected to pool the two accounts into a single entry as both posting times and voting behaviour openly indicates the accounts are owned by a single entity.

kirstin - Würfel - in Reih und Glied ÀND barmbo - Finde die richtige Reihenfolge - Guess the random draw. Fixed prizepool of in HSBI although it seems there is no carry-over if no winners (seems common situation).

kirstin - Mit zwei Richtigen gewinnen AND barmbo - Lotto: 2 in einer Zahl - Guess lotto numbers. These honestly confuse me as I might not understand the rules (esp on barmbo variation) and pretty much noone is entering so watching the gameplay is not an option.

When I started downvoting, kirstin account tried posting regular articles for a while but then gave up and added a couple recurrent embedded-videos/images posts instead since.

There is weekly scheme of two 3-day runs rotating Main Game (Lotto), Second Chance (2.Gelegenheit) and Results (Aufloesung) and the seventh day of the week for the Steemmonsters (sic!) thing (rotating Game and Results)

Lotto: A skin of kirstin/barmbo Lotto game (pretty much the same rules). Low attendance as well.

Steemmonsters: I am not even sure what the prize is, does not seem to hit often.

Judging by the tag selection, the account is probably also owned by the kirstin/barmbo operation.

This one is tricky. The recurrent posts might be considered low-effort but there is an actual content. I laughed at times. OTOH, there is the very tight connection to above-mentioned accounts. They are trading votes and urum keeps calling @investinthefutur bot for them.

umuk - stellt seine Netzfunde vor - A collection of embedded Tweets that came out funny or weird.

This seems to be the most successful account monetarily. I do not see where the difference comes from. It is not like the would produce any non-recurrent content on the side.

Dennos Splinterlands Giveaway - 3 Monsters A Day - The newest addition (after I started downvoting). Pick a card from a list in the comments. Fixed prizepool (around 1.50). So far, payouts safely cover costs

Diese Beiträge brauchen eure Unterstützung! Aufruf zum Voten! - Call for votes. Includes a list of posts that are claimed to be worth of an upvote. The list is heavily skewed towards recurrent kickback-schemes. Always includes kirstin/barmbo posts.

The account claims to be a bot owned by @portalmine, which is a small HP account that has not posted for 8 months.

This is a dedicated account openly owned by @miketr. That is a real account and their eccentric formatting clearly links the two accounts while setting them aside from the rest.
There are actual IRL lotto tickets being bought and any wins along with 80% of post payouts, HSBIs and @ecency Points is to be given to the winners.
Unlike the other games, the most of the prizepool comes straight out of @balte's pocket. Smaller part also comes from patrons chipping in Hive from their wallets. I do appreciate the difference, but I still believe the game could run independent of Hive's DAO and the tribe tokens.
Also miketr is the first account I have ever noticed to call the bots over to tip the post they wrote themselves which adds to the controversy of the project that has a legitimate target audience IMO.

This account seems indpendent of the main ring as there is no voting. It was posting regular content (on a break now).

Steam is a videogaming platform and the account regularly posts about the topic. Regular voting patrons somewhat overlap with abovementioned accounts but that seems generic to me. My assessment is that a genuine account just picked up the pattern already present in the community.

Random Steam Key Giveaway - Upvote required. HSBI seems to be a bonus prize, the giveaway is centered around Steam Keys.

This account seems 100% legit. It actually has an English section so no translation necessary.

Included for the sake of the completeness. An unusual frequency on a totally legitimate account.

Seriously, if you are still reading this, you deserve a reward. This is it. A great collection of geographical pecularities. If you can get your hands on the prizepool, hats off. You fully deserve it. It is not easy. I challenge anyone claiming to run thier operation to promote engagement to provide this amount of value.

So how does the account qualify for a mention? Well, I admit it took me a while to notice as it looks like an ordinary investment fund (there are a couple of them built around different communities on Hive). It is run by @cervisia and uses its own token - VOIN richlist.

If you checked the richlist you probably recognise quite a few names already. I do not think accounts that bought into it are necessarily involved in the operation. On balance, it totally looks like a LASSECASH token operation split into multiple wallets. One person? One family? One sporting club? Who cares. It looks like a single entity.

Depot-Stand - Overview ot VOIN token. Legitimate investment fund overview post that is useful to check out to see who upvotes.

I am not here for the drama. I think I spent a disproportionate amount of time given the money involved. It is a waste unless there are results. If you do not want Lasse to milk your token, you just set your tribe to ignore his lassecash tag. What does one do if uncomfortable with VOIN? Ignore deutsch tag?

Personally, I have one question to ask.

@cervisia, I am sorry to single you out as there is no proof you are running any of the accounts outside investinthefutur. But any insight you have as the VOIN token leader could be really helpful for me to understand the community's dynamics. Can you please explain your project?

Guys and gals, are you ok with spreading your tokens to all/some/none of those?

I am not saying any part of the operation is illegal/illegitimate (although I am downvoting personally). Is it big enough to bother people on blockchain level? Is the scheme worth replicating to fuel engagement? Did it work for DACH community? I am still ready to make up my mind on these.

I want everyone to find their corner on Hive. I wouldn't have digged into the #deutsch community affairs if it were not for the posters' effort to reach other communities. Once again, noone mentioned in my post should be attacked blindly, these are all judgement issues and everyone is entitled to their own preferences.

Did I miss any kickback/prizepool recurrent post in German? Let me know if I did.