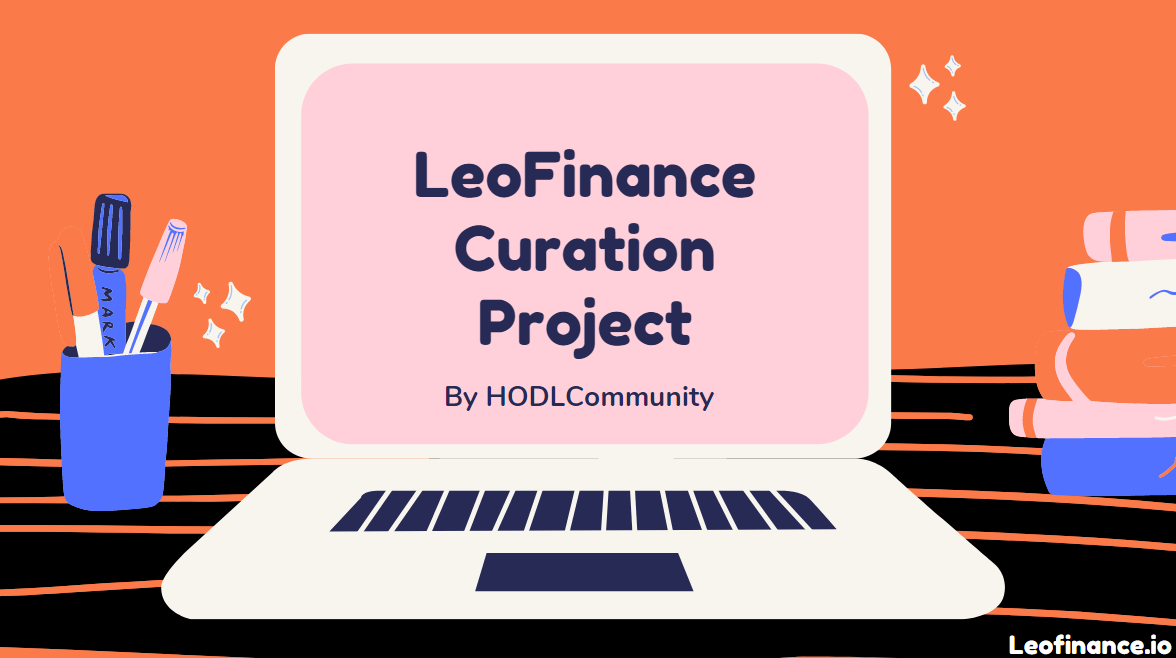 @HODLCommunity presents to you the 49th LeoFinance Curation Post

We feel very excited as we think we will address one of the most important issues on the leofinance.io platform: Curation.

We truly hope, big stakeholders will support this initiative in order to spread rewards to some amazing writers.

Our goal is to support content creators and generate qualitative interactions between LeoFinance users.

We will set a 5% beneficiary for every author selected in this curation report.

Cardano prepares for RealFi by @claudio83 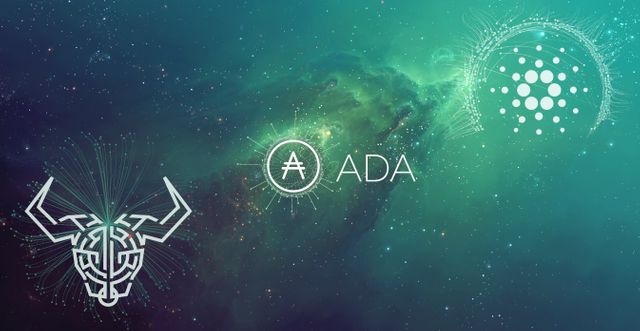 Charles Hoskinson, a former member of the team that created Ethereum, firmly argues that currently Defi and NFTs are a huge bubble that is destined to somehow explode. The reason is simple: a winning project needs development, study, comparison with the community, tests on the network and all this takes many years on average. Defi is currently a large space launch base that brings to the moon any project and coin listed on the DEX or via Launchpad, born just a few days or weeks, without having tested anything concrete but launched only a little advertising or sponsored by large centralized exchanges.

The concept of Defi will be replaced on Cardano by Realfi, i.e. the creation of sustainable projects, which have certifications such as that provided by Certik Audit, here too the will is to defend investors from fraudulent projects, also following a regulatory process that is in in line with the requirements of the SEC. It is only a matter of time before everyone complies with the regulations of the SEC and regulators, as the Uniswap case shows.

Cardano is one of the hottest coins in these days. With the launch of Smart Contracts, so do dApps, the engagement on the blockchain has increased. In addition to the increasing engagement, Charles has some future plans to maximize the use of Cardano chain with "sustainable" solutions. Though it joined the party a bit late, Cardano has millions of supporters that are long term investors. With the "Realfi", a.k.a. De-fi, it may bring up new solutions to our ecosystem. 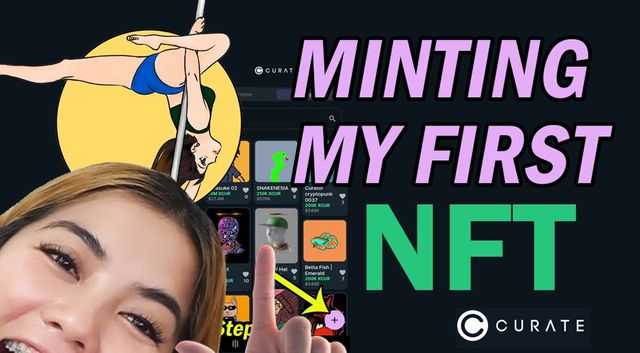 Curate Project is an NFT marketplace that distinguishes itself from others by being gasless, zero fees on minting, low commission, multichain, carbon-neutral, and has a multi-use utility token. With these advantages, it was an easy decision to hop in the NFT hype through Curate.

Digital assets are turned into NFT's through minting where it becomes part of the blockchain as a public ledger. NFT's have immutable proof of ownership with a unique identity. Transfer of ownership is also fast, seamless, and traceable. People sell and buy NFT’s in NFT marketplaces. On most marketplaces, users have to pay gas fees when trading and minting. The amount of fee varies depending on the computations required to verify transactions. The gas fees have become prohibitive for many users, hence the broader adoption of NFT.

I have been searching about Curate project as it is gasless and free to use NFT minting platform. I'm not sure if I saw this post earlier but I remember reading something like that.

While NFTs are still the fuel of the hype, I did not want to go unnoticed with this amazing post. You can follow the steps and learn how to mint an NFT without paying gas fees. 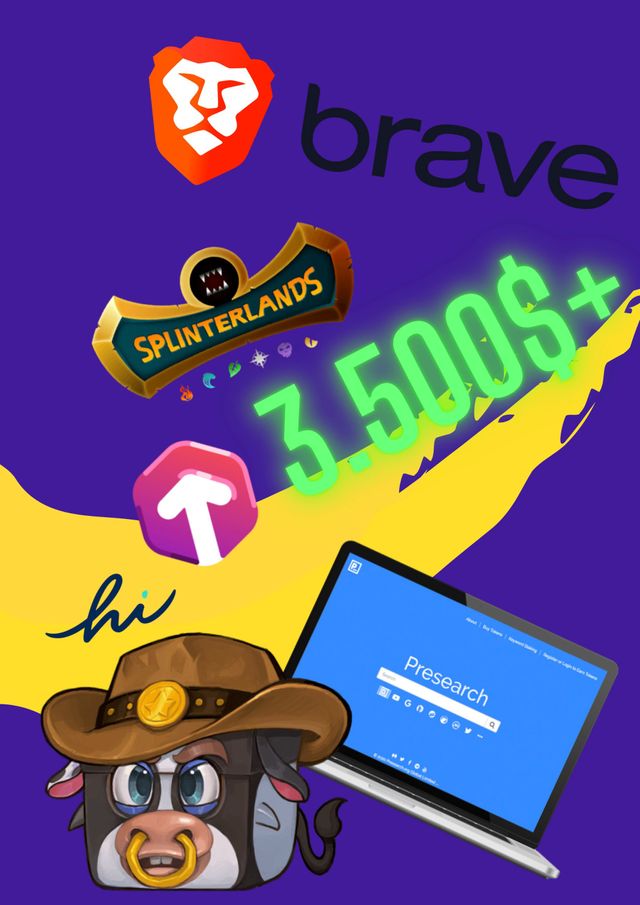 For me it all began with the games Splinterlands & Mobox, or let's go even further back. I actually wanted to start blogging and was looking for a good niche or industry to write about. My educational background is in international business, hence the idea of cryptocurrencies and decentralization appealed to me right from the start. Making my first steps on YouTube, watching educational videos on Bitcoin and blockchain technology, I actually came across a video about Splinterlands: a NFT based cardgame. "This YouTuber is making money playing a card game?", I thought.

Shortly after investing in Splinterlands and playing for a few days, I started to look for other NFT-based games and found MOMO farmer by Mobox. The game combines yield farming and gameified-NFTs. Having the mentality of " sometimes you gotta risk it to get the biscuit", I invested only 50 to $60 to purchase four NFTs called "Momos". Each Momo has a individual hash rate, essentially rewarding the NFT-owner for holding the asset. After roughly 7 weeks, the mbox token is at 500% from where I started and it even reached 1200% a few weeks ago

Can you believe that it is just the first wave of Play2Earn concept and the people who put their efforts and money make multiple times of their investment. There is nothing impossible in crypto as long as there is a narrative behind it. The idea of earning by playing games sounds crazy but not futuristic anymore.

Thanks to Splinterlands, thousands of people could feel way better for their own crypto future. With the persistence and patience, GameFi model and the early adopters are likely to change the rules of gaming 😎

Break the chains with blockchain by @cryptomaster5 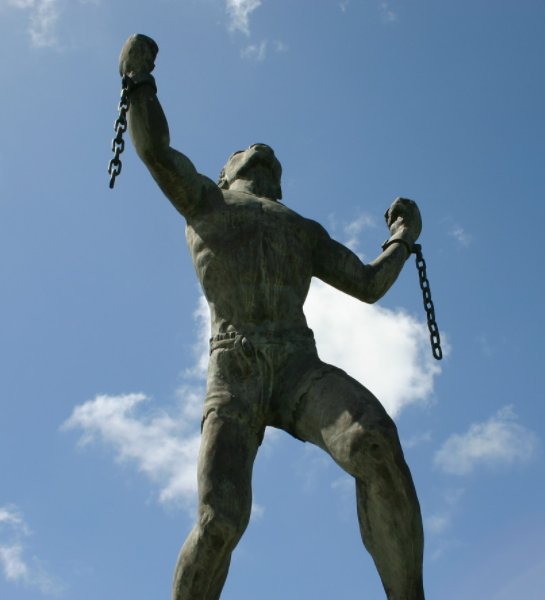 The power to distribute investment assets and the income derived from them to "subjects" is in the hands of a few intermediaries (centralized trading platforms, investment funds, financial advisory firms) who increasingly restrict the possibility of accessing "their" products and services.

The blockchain can serve both to enslave people, forcing them to use centralized digital currencies, and to sabotage any attempt of social and financial tyranny. it depends on the use that is made of it.

People are seeking the ways that they can save themselves from this corrupted system. Though, initially, it was just about money, we witnessed the domino affects of corrupted monetary system on the psychology , behavior and investments.

While the blockchain owns the potential to break all the corrupted things in the world, can't the existing rule-makers manipulate it as they always do? Frankly speaking, it itches my mind a lot. The potential is huge and devastating... 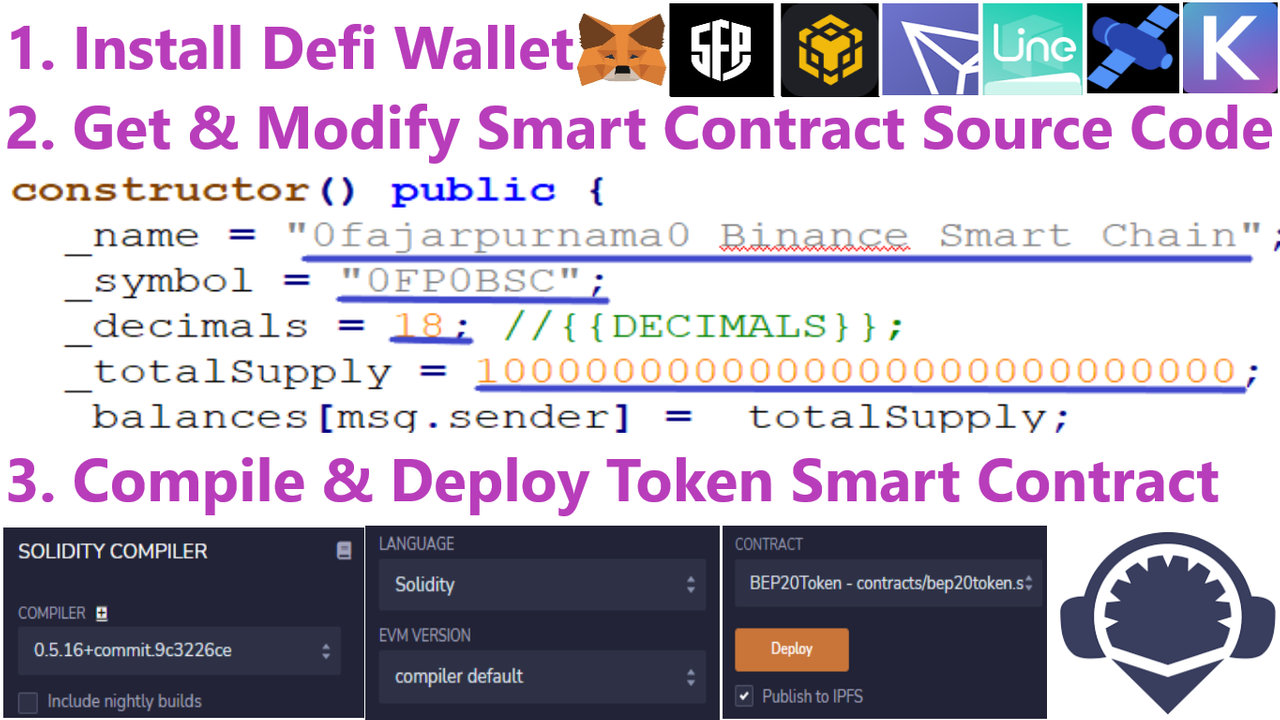 I will straightly write that we can issue our own tokens on Ethereum and other related ecosystem without the need to absolutely know anything about programming. Although it can be tiring for people who are less literate in computers but all we need to do is follow existing guides thoroughly. After having the minimal of running computer connected to the Internet is to proceed...

For as long as the ecosystem is Ethereum Virtual Machine (EVM) compatible such as Binance Smart Chain, Polygon, Avalanche, Harmony One, Wan Chain, Energi, Tomo Chain, and XDAI, the same smart contract can be reused. In other words, just repeat the previous steps but change the custom network or RPC of the Metamask. Don't forget that there are test networks for testing before actually deploying because the cost for deploying on Ethereum can be very expensive. Although on other ecosystems are cheap where for simple programmers like us to just use the main network straight away but test network still exists for serious developers. Otherwise if the ecosystem is not EVM compatible, then there is no choice but to go through their documentations and follow their official guide.

This is another great step by step guide for those who want to create their own tokens on any blockchain. Even, it is possible to deploy smart contracts by copy-paste from commonly used platforms.

The technical side may sound complicated for many of us. However, the guide is so easy to follow that after exploring the Curate project for NFTs, I'm going to try my luck to launch my cryptocurrency 🤓
Strongly advice to explore the hottest services of blockchain 🔥🔥

If you would like to delegate some HP to our community and support us; we give you back 90% of the curation rewards on a daily basis ! APR > 12% !

We are also currently working on a LEO Power delegation service for the Leofinance Community.

By following our HIVE trail here

How to reach us | Links