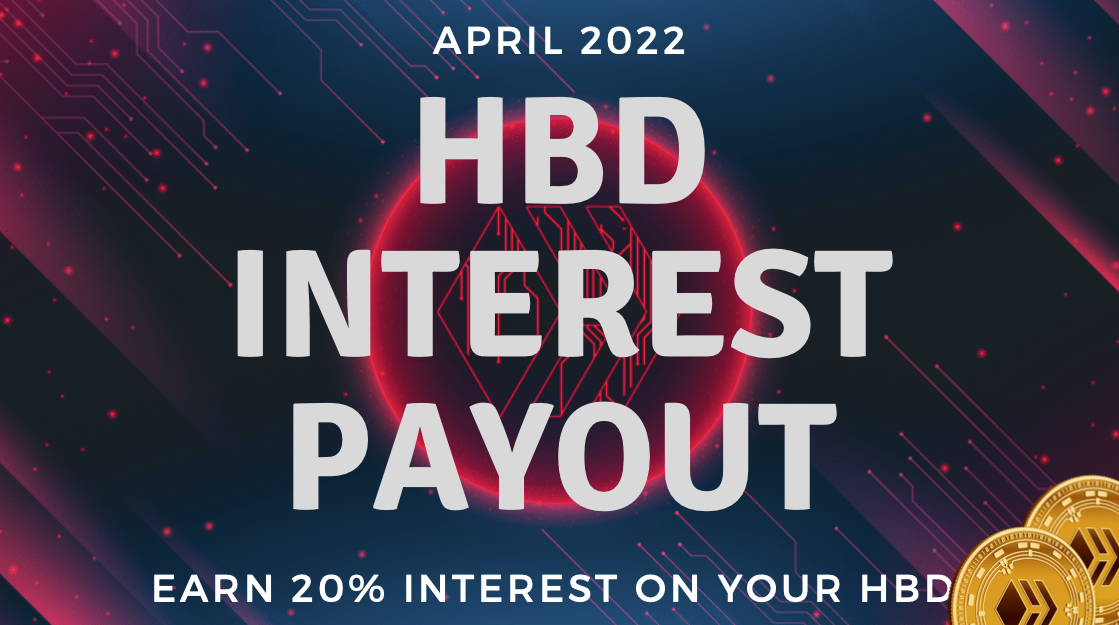 HBD keeps getting more interesting every month. April is gone but it goes into history as a significant milestone in HBD's life. Ever since Hive consensus witnesses decided to activate interest payments for Hive Dollars, the progress in making HBD an attractive investment instrument and an algorithmic stable-coin that actually works has been incredible. HBD has able to maintain its peg to USD surprisingly well for many months now. When we thought the is no need to do anything else to make HBD better, Hive witnesses surprised us once again by raising the interest payments for HBD in Savings to 20% APR.

20% APR has only been activated three weeks ago. It was amazing to see decentralization in action when witnesses started signaling 20% APR, community discussing all pros and cons of such actions. It took less than 24 hours for 20% to become a reality since the time first top witness started signaling this interest APR raise. A year ago this high interest payments would be unthinkable, knowing who conservative and protective Hive witnesses are about the Hive blockchain. This has been a journey. It is great to see steps being taking one at a time with calculated, educated, and collaborative decision making.

I was among the one who wanted to see 20% interest payments, not just as an investment option but also to test the theory that higher APR on HBD may result in more demand for Hive itself. It is too early to say what will be the outcome of this change. If it is not something beneficial for the chain it can easily be reverted back to lower APR, that is if witnesses decide to do so. Since witnesses are the protectors of the chain, chances are they will act swiftly in taking measures that benefit and protect the chain.

May is here, and it is time to look at the numbers. The numbers below only represent the HBD interest payments that occurred in April 2022. This wouldn't give the full picture regarding the demand and changes in demand for HBD.

Numbers went up as expected. However, not by a lot. Both total interest payment amount and number of accounts that received these payments went up. It looks like mainly the same accounts from previous months who have been holding HBD in Savings are receiving higher payments due to the raise of APR. More accounts receiving the payments is promising. I hope to see many more will experiment with HBD savings.

This is only the first month after 20% activation. May might show bigger increase in total payments and more demand for HBD. We will find out next month. At the very least those who were worried that Hive can't afford paying out 20% APR, don't have to worry anymore. Not until these payments go to millions. :)