It's no secret that DEFI yield farms are becoming the 2017 ICOs to the 2021 bull market. Everyone seems to be jumping on the DEFI train. Whether it's on Ethereum with Uniswap, BSC on Pancakeswap, or wherever else, yield farming is definitely the latest craze.

But the thing about yield farming and liquidity pools is that your tokens are for sale. I repeat: your tokens are for sale. You are the house, and the traders are the gamblers. It should be no surprise that sometimes the gamblers will get lucky and win, yet new users constantly seem to find this surprising regardless of the facts and reality presented. 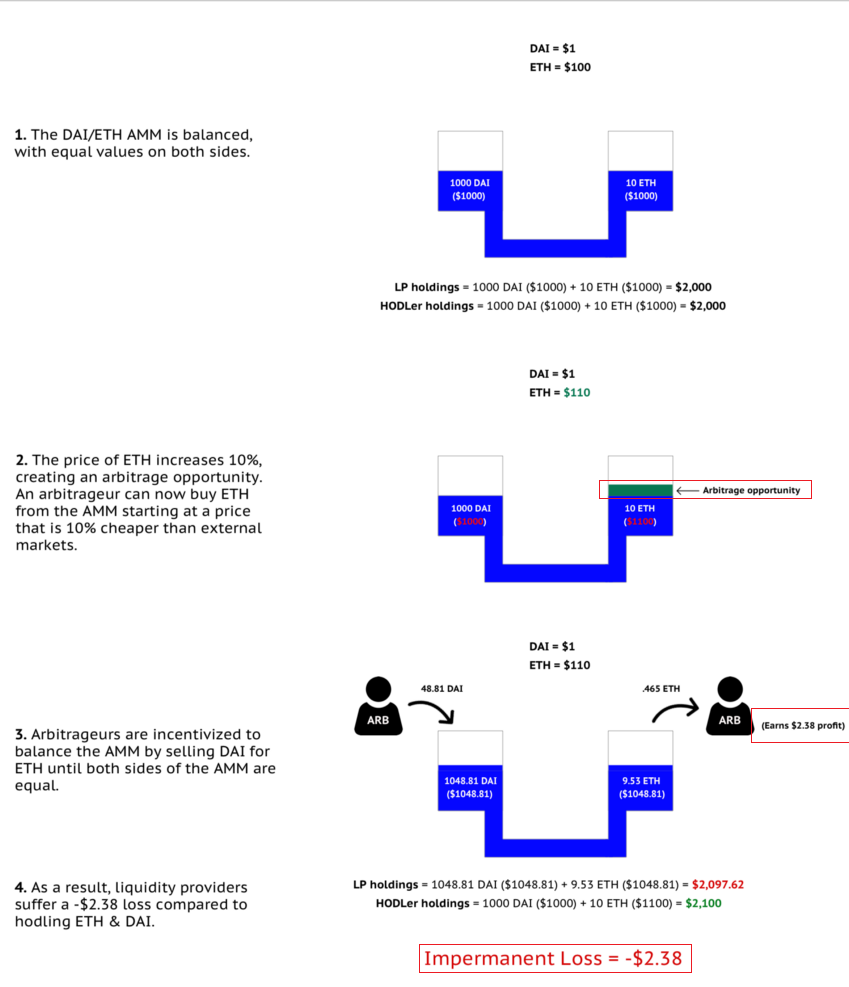 Literally go to any website that attempts to explain "impermanent loss".

Search for the key word: "arbitrage".

Any website that attempts to explain impermanent loss using this keyword is automatically wrong, and all of them do it. How is this even possible?

This creates an irresistible opportunity for arbitrage, because the price of ETH in the liquidity pool now doesn’t reflect what’s going on in the real world. To ensure the ratio of DAI to ETH remains balanced, other traders will buy ETH at a discounted rate until there’s equilibrium again.

After arbitrage, a liquidity provider may end up with a greater amount of DAI and slightly less ETH. Impairment loss assesses the current value of their assets against what they would be worth if left sitting pretty in an exchange.

If ETH goes up in value, the pool has to rely on arbitrageurs continually ensuring that the pool price reflects the real-world price to maintain the same value of both tokens in the pool. This basically leads to a situation where profit from the token that appreciated in value is taken away from the liquidity provider. At this point, if the LP decides to withdraw their liquidity, the impermanent loss becomes permanent.

During this process, the profit extracted by arbitrageurs is effectively removed from the pockets of liquidity providers, resulting in impermanent loss.

This one is particularly egregious.
I invite you all to read the last line one more time:

During this process, the profit extracted by arbitrageurs is effectively removed from the pockets of liquidity providers, resulting in impermanent loss.

The arbitrageur can make money in both directions. It's blatantly obvious that the money does not come from the LPs, but rather the users that created the price difference in the first place (traders). THAT'S THE DEFINITION OF ARBITRAGE. Liquidity providers don't create it, it's the takers that move markets. Not the makers. Seriously mindblowing.

Let's say you have two types of assets (DAI/ETH pool) staked on an AMM. If the value of ETH jumps by 10 percent, it will create an arbitrage opportunity for traders. Arbiters can purchase ETH from the AMM at 10 percent cheaper prices than external markets. Arbiters will then be incentivized for selling equivalent DAI balancing the AMM.

Let’s say that the price of ETH increases to 400 DAI. While this is happening, arbitrage traders will add DAI to the pool and remove ETH from it until the ratio reflects the current price.

This creates an arbitrage opportunity with a 10% increase in the price of P2 ETH. Traders called arbitrageurs can buy ETH at a lower price from the AMM, if it does not update. Arbitrageurs are also incentivized to balance the pool by selling DAI for ETH. 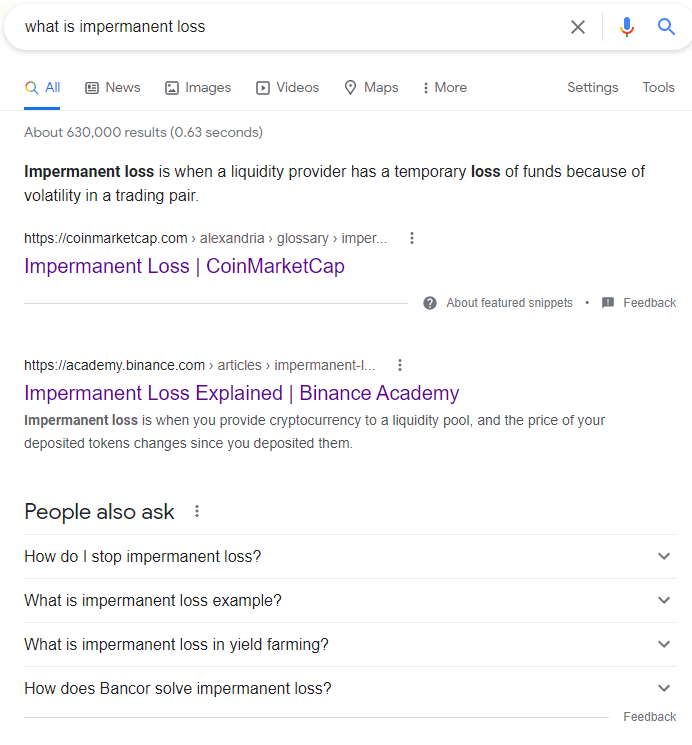 Look at how crazy this is!

I didn't not pad any of this data. I did not seek out websites that would prove my point. I typed in "What is impermanent loss" into Google and EVERY SINGLE link on the first page spits out incorrect information from all of the top authorities on the subject. Every single one. Go check.

C'mon @edicted, there is no way in hell that every single authority on the subject is wrong and somehow you're right. Get over yourself!

Yeah, that's what I thought too!

First, we must define the term arbitrage and fully understand what it means before we can proceed any further.

If Bitcoin was being sold at $33k on one exchange and $34k on another exchange, this would allow someone to buy BTC for $33k and then sell it for $34k. Eventually, liquidity of both markets would meet somewhere in the middle. Assuming both exchanges had similar liquidity the new BTC price would be $33.5k on both exchanges after all the arbitrage had occurred.

The point here is that arbitrage requires two or more markets that list the same fungible asset, but there is a difference is price (caused by traders/takers) that can be used to turn an instant profit with very little risk. 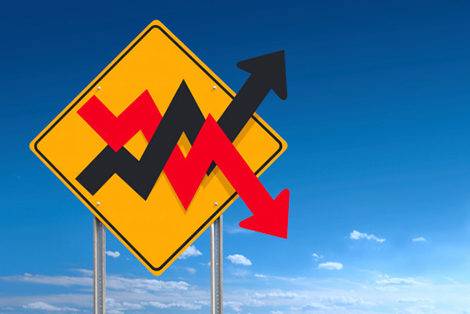 All we have to do is ask ourselves one question:

What if there is only one market?

If there is only one market, then arbitrage is 100% impossible to employ due to the definition of equalizing the liquidity on 2 or more markets. This is all the proof one needs to realize that every single explanation of impermanent loss is incorrect, because this concept of "impermanent loss" plays out exactly the same when there is only one market listing the asset in question.

For example, say CUB only had one listing: CUB/BUSD

In this example, say we have $10,000 in the LP and CUB goes x4. This implies that the ratio in the LP has changed by x4, meaning that someone doubled the amount of BUSD in the pool, extracting half of the CUB at the same time.

In this scenario, CUB has gone x4 but the value of our LP tokens has only increased x2. Thus impermanent losses occurred. If we had simply held the CUB/BUSD outside the pool the $5000 worth of CUB would have x4 to $20k, while we'd still be sitting on an additional $5k worth of BUSD. In theory, we lost $5k being in the LP if you don't count how much was farmed during that time.

So what does this situation have to do with arbitrage?

Absolutely nothing, and any website that says differently is grossly overcomplicating and confusing the issue to the point of absurdity. It's mindblowing to think that by "any website" what I really mean to say is "every website". Every single one seems to get it wrong. How is that even possible? How did this happen? 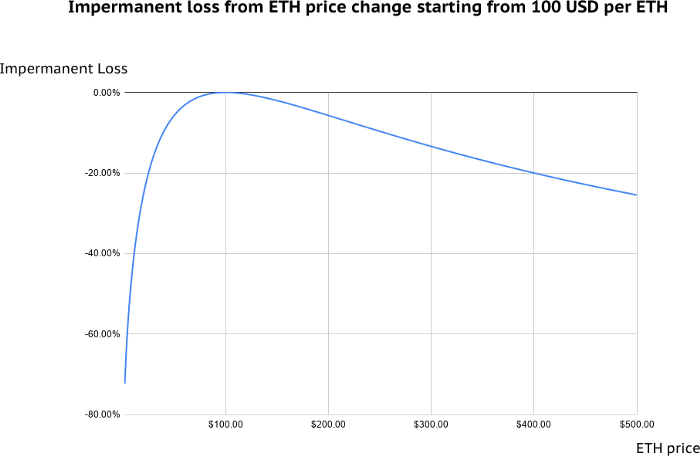 I have a few ideas.

Centralized exchanges and order-book technology have been the standard for generations. Automated Market Making is a new (albeit superior) technology that hasn't been deployed at scale yet. Therefore, it becomes obvious that the "experts" that are attempting to explain AMM are doing so using their expertise from the old legacy system.

Anyone who's been here long enough knows that nothing could be further from the truth. AMM is potentially superior to order books in every way, it just needs a little bit more development to get there. The liquidity provided by AMM is exponentially greater than order books when comparing the ratio of value that enters the LP pools vs the value that exists on order books. For example, on LEO someone could dump 1% of all coins and only move the price 10%, while if someone dumped 1% of all Bitcoin on centralized exchanges the flash crash would be astounding.

With AMM, every single coin is for sale at the fair market price, while on order books there are many deep liquidity asks and bids that will never get filled in a million years unless there's some kind of devastating flash-crash or pump (which ironically means the liquidity was poor).

It's easy to see how the "experts" can get it so wrong from this perspective. Just like economists don't understand Bitcoin because it goes against their entire discipline and a lifetime of learning experience, so does AMM make no sense to those who are experts in the legacy economy. It's kind of incredible that every single one of them would get it so wrong, but at the same time this is becoming the standard with crypto, abundance, and an emergent cooperative economy. No one understands it because it runs contrary to everything we have ever known.

These are the two articles I've written on Impermanent Losses, and despite being unprofessional and lacking the complete picture, they are still more accurate representations of what is actually going on here than any other explanation you can find with a search engine. 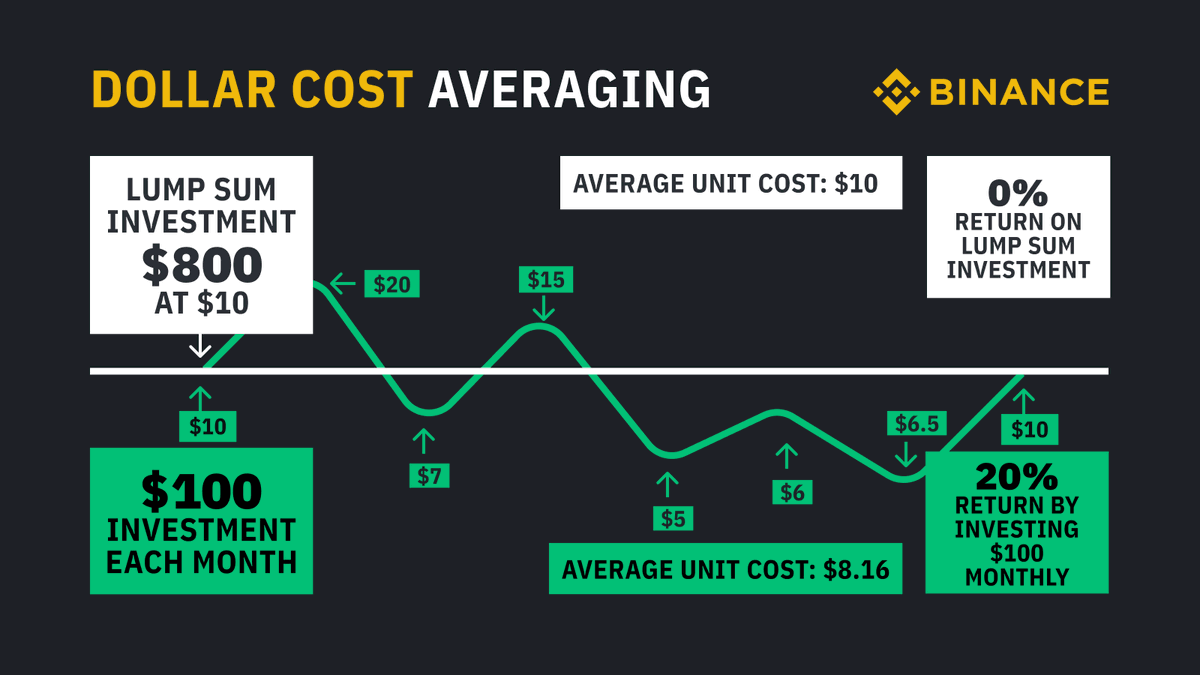 On a very real level, there is no such thing as impermanent loss. It is a fictional concept that does not exist in the real world; a fantasy created by compulsive gamblers who assume that playing it safe and lowering risk/reward is a "loss".

At the core of liquidity pools is the self-explanatory concept that we are providing liquidity. Shocker! That means our coins are for sale. Would we tell someone dollar cost average selling Bitcoin they lost money because they didn't sell the peak? No, because that's preposterous, as no one knows where the peak is going to be. That's the entire point of DCA.

Being an LP provider is the exact same thing as DCA, except we're betting against the gamblers and letting the algorithm trade our money back and forth automatically with a smart-contract. To say that we sustained some kind of loss because the luckiest gamblers in the casino managed to buy low and sell high perfectly? That's just outright ridiculous.

It sort of blows my mind that I could be right about something while every other "expert" is wrong, but here we are. I have definitive proof: arbitrage has nothing to do with impermanent loss because impermanent losses are totally 100% identical when looking at the niche case of singular markets. The asinine idea being rampantly proliferated that arbitrage gains could somehow be temporary (and caused by makers instead of takers) is astounding and provably mathematically false, yet here we are.

No other topic in crypto is so vastly and embarrassingly misrepresented. Much like information provided about conspiracy theory, the flood of false information out there makes it almost impossible to figure out the truth given the data provided by the "fact checkers".

Impermanent loss will continue to be a complete enigma until AMM takes over and claims the throne as the superior option for making markets. When centralized exchange liquidity gets dwarfed by AMM the "experts" will be forced to take another look at their flawed "theory". The entire thought processes of these "authorities" need to make a dynamic shift before this concept is portrayed correctly as DCA rather than some "loss" sustained from not gambling hard enough.

Keep educating yourself and don't believe everything you read.