So @blocktrades is really on a roll when it comes to upcoming #HardFork25. Honestly at this point it's hard to keep up with all the amazing changes to fundamental gains for Hive tokenomics.

Any one of these changes to consensus is a huge upgrade, and it looks like we'll be doing them ALL at the same time. Pretty nuts honestly.

If I had to pick the best one?

Definitely Hive to HBD conversions. Stabilizing HBD is a massive achievement that this network desperately needs. This alone could moon Hive token price quite a bit as demand for HBD skyrockets and Hive gets destroyed in huge quantities.

So what are we possibly adding to this list?

It’s been suggested that this interest rate should be increased to something more substantial (e.g. 10-20%)

To make staking of HBD more familiar to the average cryptocurrency investor, it seems likely that it would make sense to make a change to the current interest payment mechanism: instead of all HBD receiving interest, only HBD in savings accounts would receive interest.

DeFi is the latest craze. It would make a lot of sense to lean into this trend and create a user experience that mimics other systems. Rationale dictates that we should only allocate interest to stake that has been locked, just like how Hive Power operates.

Do I think this is a good idea?

Yet staked HBD will only take 3 days to unlock. 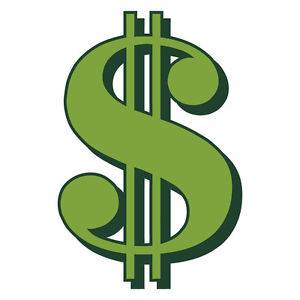 I've gone into quite a bit of detail as to my ultimate vision for HBD and the savings accounts. These accounts are the perfect time-locked smart contracts that have already existed for years but we've never done anything cool with them. These proposed changes are a obvious stepping stone into the direction that I believe Hive needs to go.

Hive is the original decentralized finance token. We've been doing yield farming for years using curation and blog rewards to reward the social network aspects of the platform. However, it wasn't all sunshine and rainbows.

Many complained that bid-bots existed. What's the point of the trending tab if people can just buy their way into it? Free downvotes eliminated this. Now we complain about curation bots, the thing that bid-bots morphed into. Why do these curation bots exist?

The answer has been staring us in the face for years but we refuse to recognize it. The vast majority of Hive's delegation-bot problems stem from the fact that users want passive income (they want DeFi & yield farming).

They shouldn't have to curate if they don't want to, and curation bots fill that void where Hive consensus fails. This is the nature of permissionless networks. If there is demand for something... someone's going to build a market for it. This is why so many users delegate to bots and centralize the distribution of power on purpose. It's only a matter of time before we step farther and farther away from this paradigm.

The more we upgrade Hive to come into compliance as it pertains to the rules of defi, the better. My idea was to have the savings accounts double as collateral for loans where users would be able to mint HBD on demand (MakerDAO clone) but that requires a lot of work and a lot of testing. Devs are in very short supply around here. These stepping stones are a great way to do the least amount of work in order to take the biggest steps in the right direction.

How can these changes fail?

I'm actually not 100% sure where the inflation for HBD comes from. I know the witnesses set the target, but I'm not really sure if this money appears out of nowhere or if it comes from somewhere else. Any help on that front would be appreciated.

Regardless, I think the most obvious point of failure is the 10% haircut we are currently employing. I believe these changes will create vast demand for HBD and we could easily hit the 10% haircut, making further conversions impossible and allowing the price of HBD to break above $1.05 once again.

Also, if we are sitting at 10% and Hive price starts going down, HBD will break the peg to the downside immediately and trade under $1. Not great.

As it stands right now, Hive market cap is $229M and there are 7.2M HBD in circulation. We are actually printing HBD like mad I think the last time I checked we were under 5M. In any case, at these levels our HBD to Hive ratio is 3.14% (Pi percent!), so all we have to do is triple demand for HBD and we'll be capped at the haircut again. Lower this multiplier even further to account for the fact that HBD is trading well above $1 at the moment.

A 10% "haircut" on "Hive debt" is going to make very little sense moving forward. HBD isn't debt: it is demand for on-chain stability. There is no limit as to how much demand HBD can acquire. We must change our policies accordingly.

I fully believe that HBD could easily be the most robust and decentralized stable-coin in existence. I've detailed the many different aspects that make DAI a failure and what makes this network superior. Most stable-coins are just pegged by dollars in a bank, which is even worse because those dollars can be loaned out by the bank, becoming immediately insolvent. 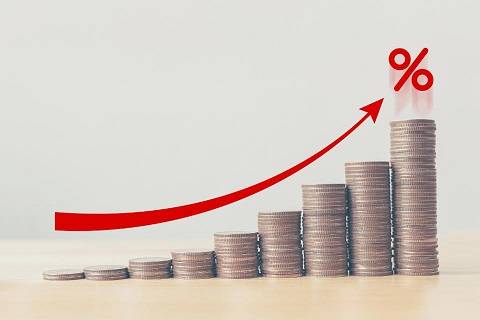 I never considered giving HBD a good amount of interest. My plan would be to get rid of the interest allocated to HP holders and shove that into the savings accounts for passive rewards. If users want passive income they should be incentivized to move to these accounts, while those who power up HP will continue "curating" manually to continue participating with the social networking aspect of Hive. The need to separate passive income from active upvoting is high.

It's somewhat of a revelation to consider we should really be incentivizing both assets. Both Hive and HBD in the savings accounts should be allocated some percentage of inflation to mimic the yield farms on other networks. We have all the tools at our disposal to implement DeFi within a very short period of time.

Hardfork 25 is signaling massive changes to the network. Normally I would say this is risky business, changing so much all at once. However, every one of these changes is a huge upgrade to consensus in my opinion.

Removing the convergent curve is simply getting rid of a mechanic that didn't really serve it's purpose and created more problems than good. Getting rid of curation and turning it into a flat-rate kickback is something that has already been proven to work great for HiveEngine tokens. Allowing Hive to HBD conversions is a super safe play because we are coding in a 5% burn mechanic to increase friction and lower the chance of an exploit. Increasing APR for the savings accounts is also a low-risk no-brainer.

By incentivizing HBD to be held in the savings accounts on top of improving the peg to the dollar we should be able to massively increase demand for HBD. This is a huge win for Hive in all aspects, including taking baby-steps further into the realm of Defi smart-contracts. All we need to do is be ready to take off the haircut training wheels when the time comes.