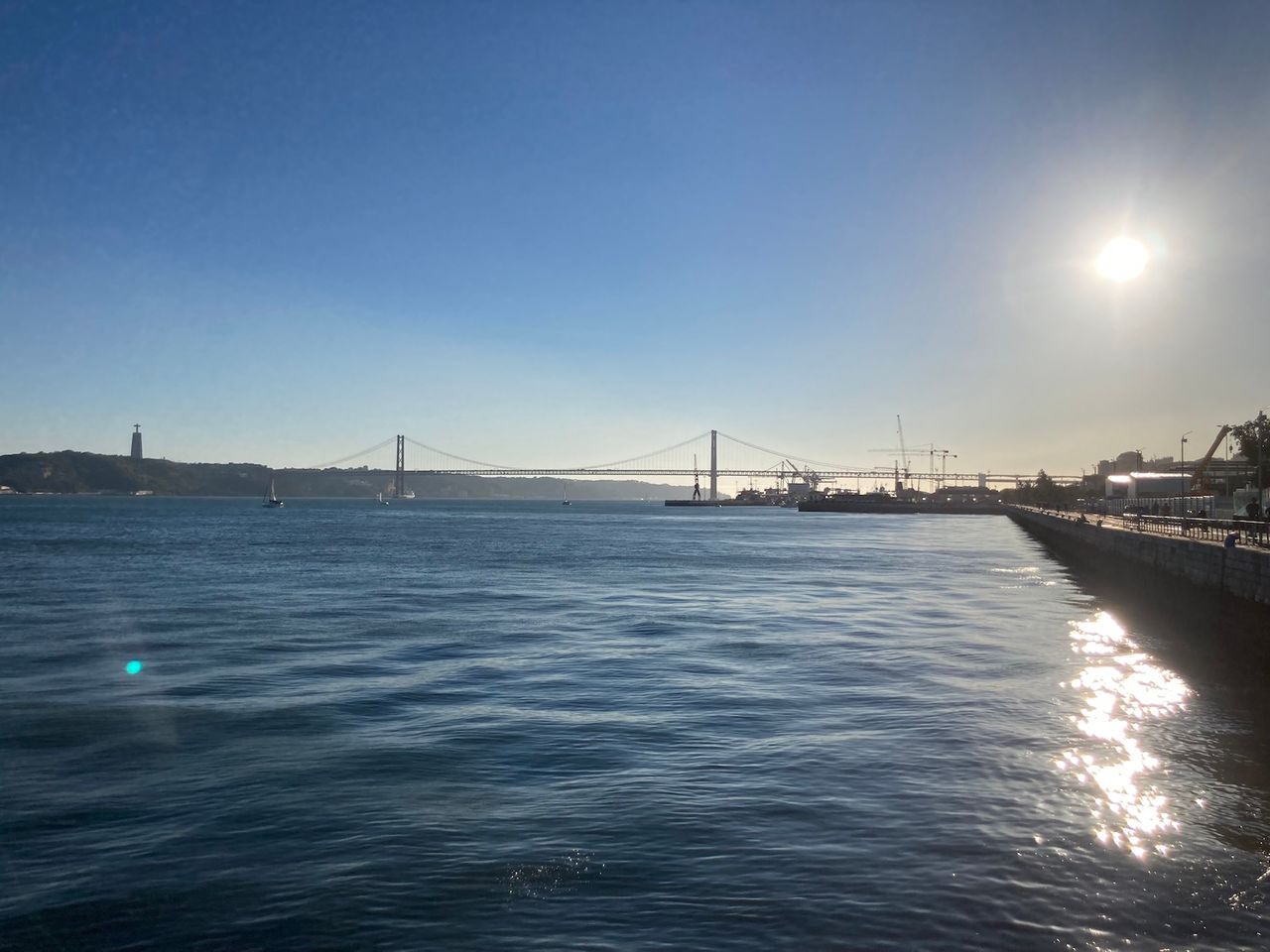 A couple of months ago I began to run again, in preparation for Lisbon marathon – after a 4 months hiatus. The fastest route, the one that I’m usually running on, is going along the river. The good part is that it’s flat (if you ever been to Lisbon you know how difficult it is to find something flat) and relatively non-polluted. The not so good part is that it’s quite crowded and it can get really touristy during the summer.

Half way to my usual distance there’s a small hut, the type that sells souvenirs and cold beverages. On my way back, I stop there and get a cold can of Guarana. In time, I began to exchange a few words with the guy behind the counter. You know, just the casual, friendly small talk.

One of these days, I stopped there as usual, and asked for my can of Guarana, handing over a note of 20 EUR. The guy looked at me a bit uncomfortable and, after searching for a few seconds, he told me he doesn’t have change for that. But he immediately offered to give me the drink for free, should I pay next time I pass by. “I know you ma friend, you pass around all the time, so I know you’ll pay”.

He suddenly smiled and he asked me if I’m sure. “Yes, I’m sure”.

That was a week ago.

Yesterday I passed by the hut on my way back from my usual run and stopped for my cold Guarana. The guy was all smiling, waving at me: “One gone, two more to go. I have it written down, ma friend.”

I consider this a micro-investment. It may not look like an investment at first sight, because there’s no obvious ROI, not even a market for that, nothing to compare it to. Some may call it “paying it forward” and, to a certain extent, this is also true, but I consider it more as an investment.

Here are the benefits.

First, I will have secured enough Guaranas for my next weeks. That gives me a bit of flexibility and ease of mind, knowing that I don’t have to carry cash with me, and I will still be able to hydrate on my way back.

Second, I have a social connection. A mild one, but still a solid connection, since I paid in advance for some goods, building trust.

Third, and probably the most important one, I acted from a mindset of preparation, care and, again, trust. This approach creates small ripples that are securing parts of my life. It’s like I’m sending forward various small objects that I pay for now, knowing that I will be able to pick them up later. It’s like saving, only the saved amount is in someone else’s custody, until I decide to take it.

These atypical micro-investments may feel insignificant now, but they all pile up.

Eventually, it won’t be just a ripple that I’m sending forward, it will be a full blown wave that I’m riding on.