How to Earn LEO Tokens Passively With Delegation

Delegation is one of the most interesting aspects of the Hive ecosystem. In this post, you will learn how to earn LEO tokens passively with delegation.

Last week I published a post, "How to Earn SPT Tokens Passively With Delegation", which a lot of people found interesting. I thought I might write something similar for LEO.

I know many of you know how to delegate Hive Power (HP) to earn LEO passively, but for the noobs out there (me being one of them) this will be an interesting read. 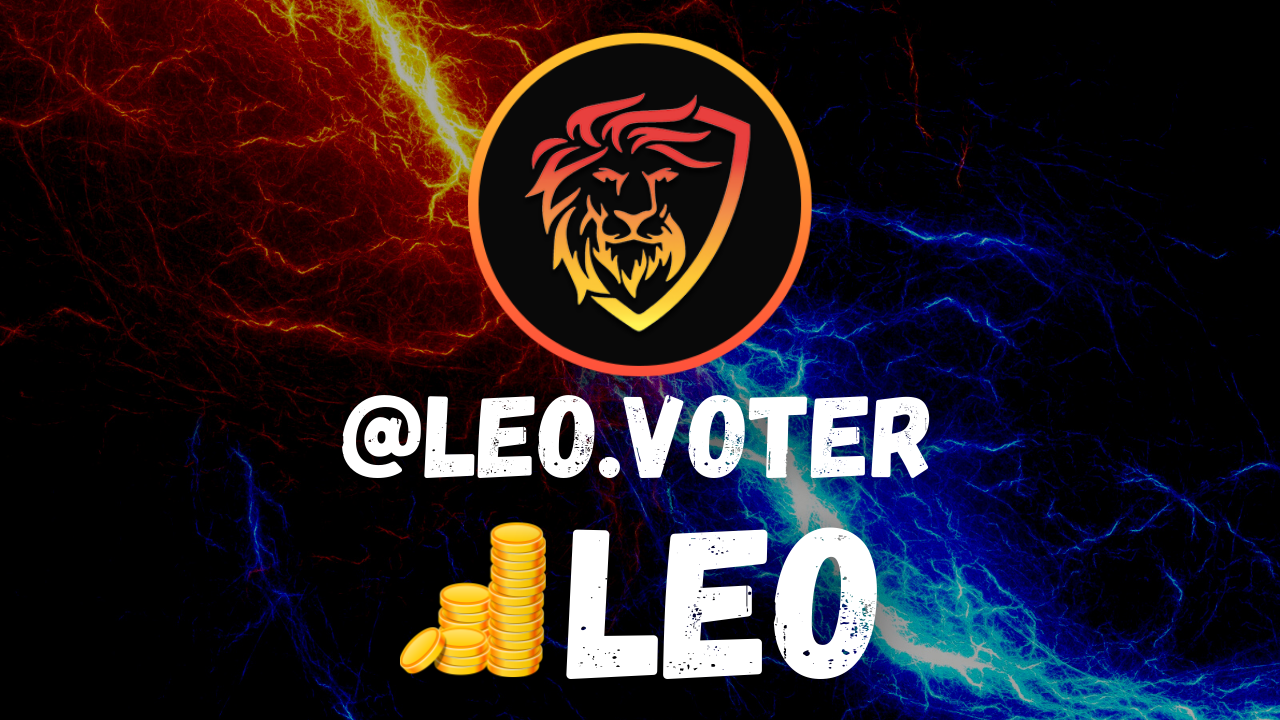 The Importance of Delegation in the Hive Ecosystem

When we talk about delegation and LEO tokens, the first name that comes to mind is @leo.voter.

With delegation, by staking your tokens, and then delegate to curators you can receive curation rewards automatically. This works when you delegate tokens and Hive Power (HP).

But why would you do that? Many people don't have time to find and upvote great content. And that's a lot of rewards left on the table for many people.

That's where @leo.voter and other curators like them come in. When you delegate, you get curation rewards based on the amount you delegate.

If you delegate 100 you'll get a certain amount of rewards, but if you delegate 10,000 you get more. The heavy-lifting is done by them, and you only need to cash in your tokens when they're sent.

And to be clear, anyone can delegate on the Hive blockchain. You only need an asset like HP (or token) to delegate to the receiver.

It's worth noting that when you delegate, you're not losing any portion of the delegated stake (token or HP) but only its benefits, until you decide to undelegate.

How to Delegate HP and Earn LEO Passively

You have different ways to delegate your Hive Power (HP) but we're going to use the wallet on LeoFinance for the sake of this tutorial.

Go to LeoFinance.io and head over to your wallet (drop-down menu top-right corner).

To delegate HP you need to click on the user 👤 icon, as shown in the image below.

By clicking on that, you'll get the following pop-up. 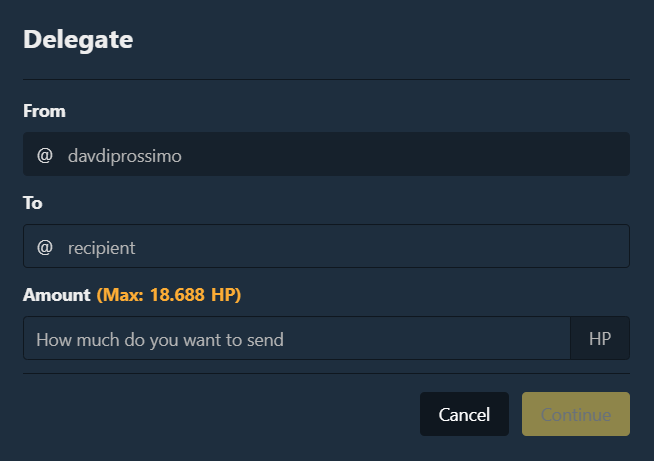 At this point you need to:

This is an example in the following image. 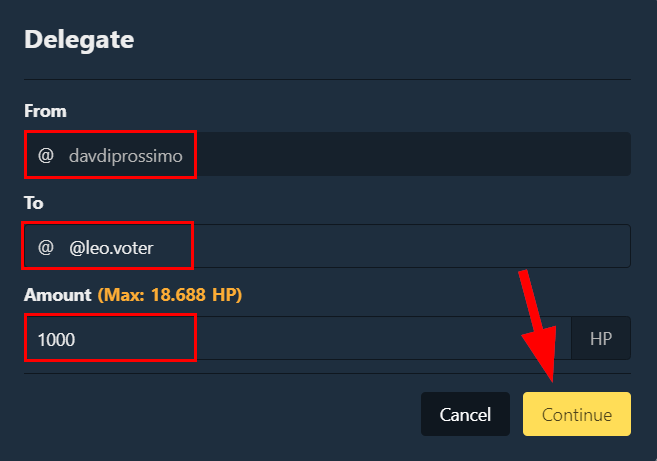 I couldn't go ahead with the operation as I don't have enough HP at the moment. However, that's the way to go.

But how much can you really make with this?! It all depends on the amount you decide to delegate. The more HP you delegate, the more you make.

To give you an example, the screenshot below is from a post written by @jonsnow1983 a while ago. You can read the original article here.

In that article, @jonsnow1983 shows how @netaterra delegated 10,000 HP to @leo.voter and earned about 1 LEO per day (see image). Not life-altering, I know, but passive income nonetheless.

If you have some LEO Power (LP) in your account, you can delegate that too. Usually, people delegate LP to to @amr008.leo and get passive income from that.

However, soon you'll be able to actually Lend that LP for some nice returns through LeoFi.

A couple of months ago LeoFinance introduced LeoFi.io, a decentralized leasing and lending marketplace for LEO Power.

I've got the feeling that LeoFi will be huge in the future.

At the moment you can only lease LP, through the Decentralized Leasing Marketplace (image below). If you've ever leased some Hive Power in the past, it's a very similar approach.

This post is not about leasing - which is the thing you do when you need some LEO Power - but I want to show you how it works because I'm sure lending will work similarly.

Click on LEASE on the left side of the screen.

Then, click on the blue button Request Lease and you'll be presented with the following screen. 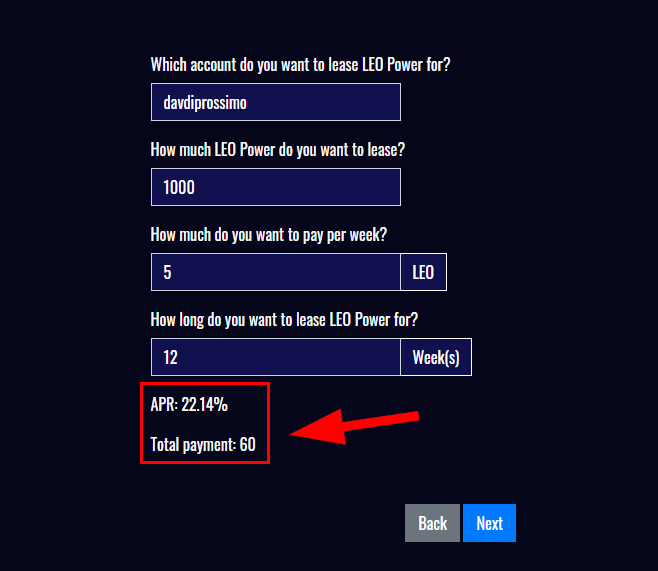 The APR of 22.14% and Total Payment of 60 that you see above will automatically calculate themselves in real-time as you manipulate the fields above.

Clicking Next will take you to a Confirmation page to review your Lease Request before submitting it. You can complete the Transaction with either Hivesigner or Hive Keychain.

Of course, you'll be able to un-lease and cancel at any time.

Note that if you cancel, then the LEO payment will be returned to the user who leased the LEO Power from you - less any LEO that was already paid out.

I imagine they'll build a very similar system for lending your unused LEO power where you'll decide how much you want to lend and for how long.

Are you delegating HP already? How much are you earning? Let me know in the comments.