Laws Are Made To Be Broken - Especially In Crypto Only real "exchange" South Africans can use legally and it is a joke. Not surprisingly everyone is forced to break the law like everything else we do in crypto these days. The system is forcing you to be a criminal in order to look after yourself.

Luno is basically the only exchange open to "legally" purchase Crypto in South Africa and they recently did some research. they were trying to work out what type of percentage the population in South Africa was using crypto or had crypto. 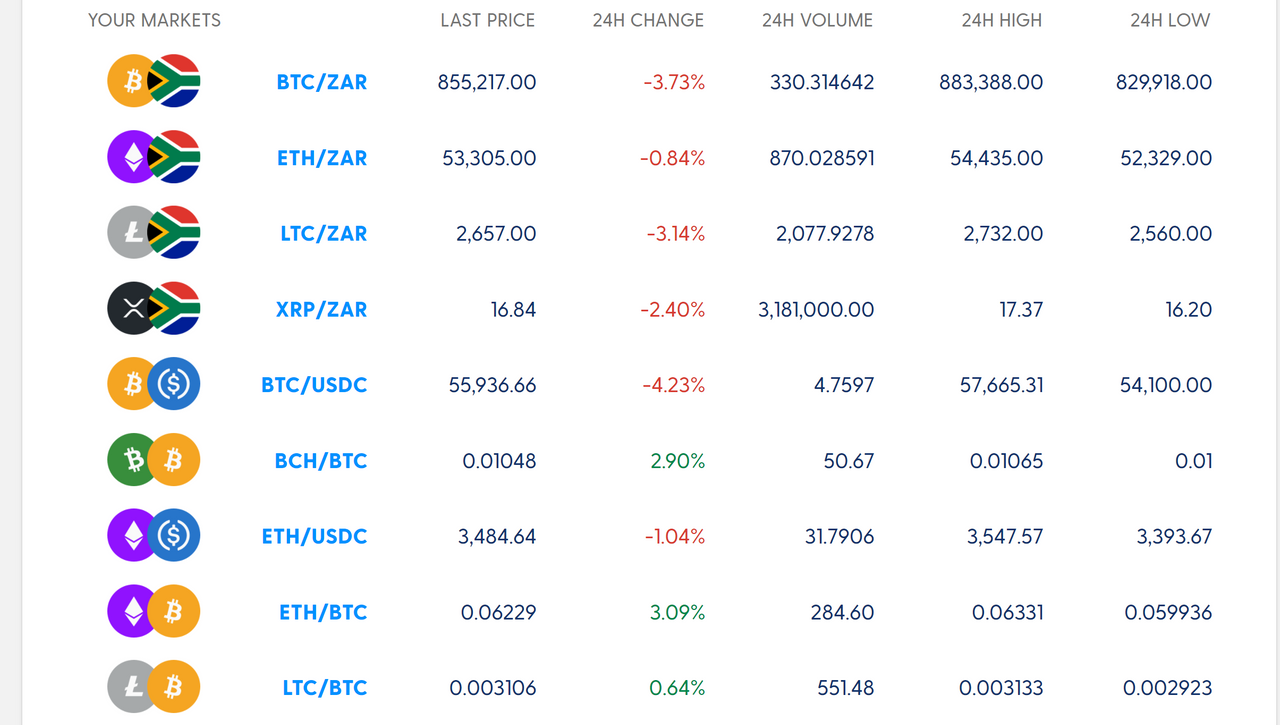 Told you it is a joke and a Mickey Mouse operation with Bitcoin against the local currency the rand they have traded literally 1/3 of a Bitcoin in the last 24 hours.

Luno did an article the other day and I was wondering how much research did they really do? Coming up with figures must have taken them all of 5 minutes to produce.

Being the only legal option to purchase crypto in South Africa surely checking how many accounts have been registered should tell you that without any research. The truth is the serious investors wouldn't touch Luno and most likely these figures are way out. I have avoided them and know of many others who have bypassed the system.

Google search and here is the list of the top 6. Note only one is South African and all the others are outside the borders which apparently is illegal to fund.

Luno is not an exchange but more of an entry point getting your hands on Bitcoin or Ethereum before sending those coins out the country to a proper exchange. If you are a serious investor however due to limits imposed one would be using the Bitcoin ATM instead and moving money that way to a wallet of your choice. As I have mentioned before any crypto being transferred outside SA's borders is an illegal transaction according to the receiver and tax people. The R10 000 daily limit limit is not exactly inspiring either as that only raises flags as to where that money originated from. R10 000 is peanuts (less than $700) and what type of tight controls they are trying to keep everyone under. The ones who are serious have bypassed the system entirely for good reason.

The figures they showed that investors had in their accounts I do believe however as that could be read from their printout. An interesting figure would be how many accounts transferred to another wallet ie exchange. They would never supply those figures as that would harm their business and reputation. 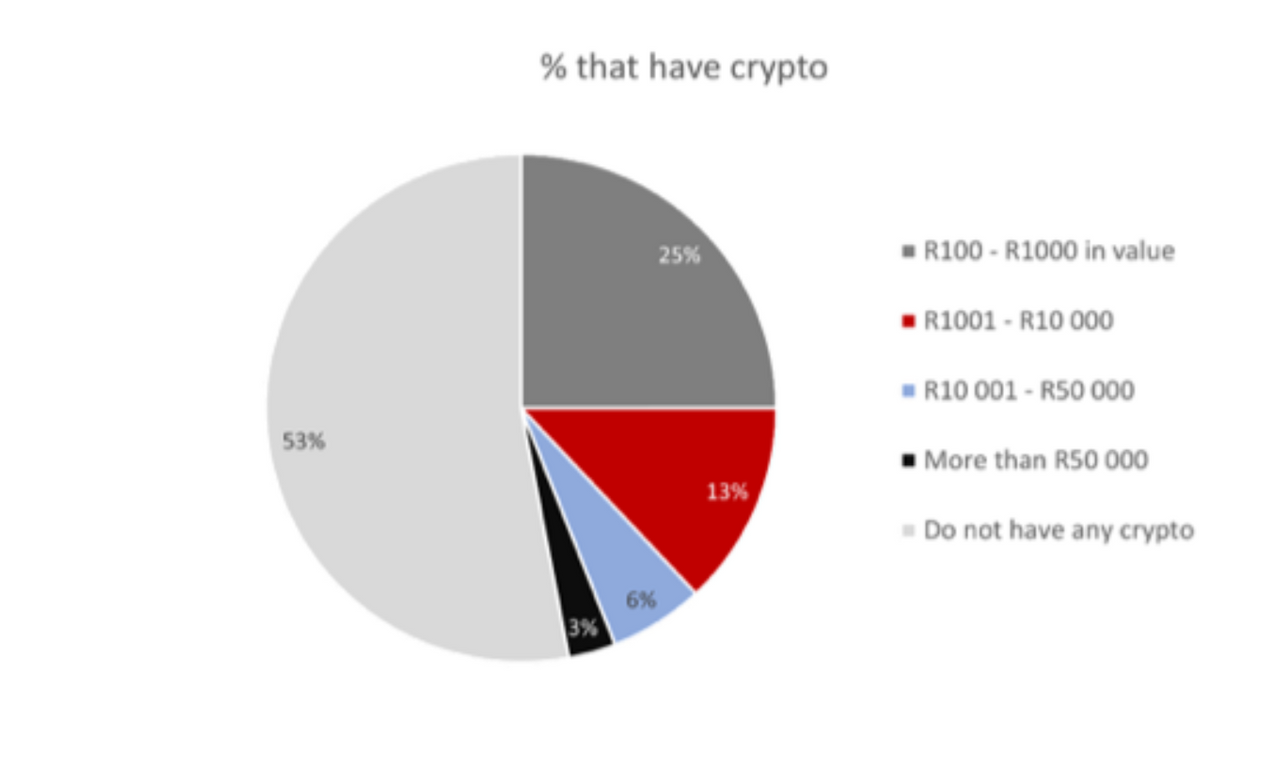 As you can see from their chart the majority who are "involved" have nothing to shout home about and only a few dollars worth. Looking at these figures they tell us absolutely nothing except how trapped the majority of people really are. If this can be believed which I seriously doubt it 25% have less than $700 in total crypto holdings. When you basically have only one exchange which is not an exchange in the true sense this is actually pathetic.

Just last week I was helping someone on Hive bypass the evils of the controls that are in place and thankfully there are alternative routes available if you already have crypto. At this point in time I had never worried about it too much as there was no need to look for an exit strategy plus South Africa was never in the thought process either. The last thing I need is some officials asking me about crypto and that is never going to happen, not here anyway.

Having Debit cards linked directly to Crypto is a game changer especially for a country like South Africa as the Government is totally powerless. I have never had an issue paying taxes but don't make up the rules and change them every time you need more money. That is what I see happening and will not be a part of any silly games.