Every dog has its day, but DOGE is having a whole year right now. Dogecoin, the meme crypto linked to an image of a Shiba Inu dog, has been enjoying one of the best years for cryptocurrency in recent memory, boasting year-to-date gains of more than 11,000% and putting it in the top 10 of the most-highly valued digital assets this year! This parabolic rise is drawing both applause, apprehension and anger as its supporters drive the price to $1. As a critic I'm warning people that this move bears all the characteristics of an asset bubble that is bound to pop and leave carnage in its wake. I'm not saying this about all crypto just DOGE! 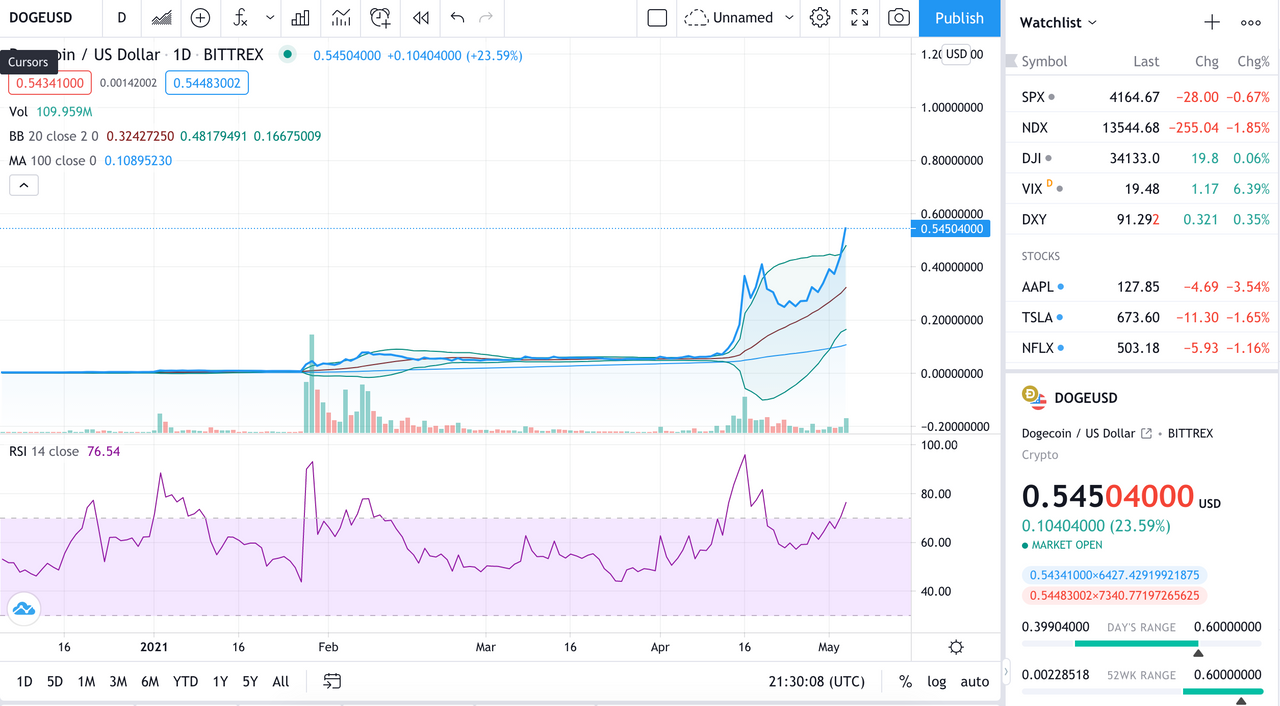 What makes me so sure DOGE is a bubble. Two words Elon Musk! He has become one of the most prominent and vocal champions of DOGE this year. He is not in it for retail to make money I think it's a way for him to feel power and disrupt the financial markets for his own vanity vs. everyones financial gains. His ego is more important than the people who will be left holding the bag. Musk’s upcoming “Saturday Night Live” appearance on May 8 has been the cause of the latest spike, but can it continue? I think it might because if there becomes enough of a community around an asset. That community can effectively create value, but as the supply increase it gets tougher to continue buying without new users. When the early adopters sell it causes a rug pull leaving later adopts with the bag. So unless a burn or new supply mechanism, via a protocol hard fork is implemented I don't believe the run will continue long term. I do believe institutional interest is trying to take advantage of this momentum as they did with GME so we could see support at levels I once thought were not possible. Only time will tell and I might be completely off, but I'd be interested to see what everyone thinks because I for one have been very frustrated watching this run.