April was kind of a rough month for me, I didn't manage to stick to my plan of posting at least once a week on Leo Finance and that has got me a bit down because I really like making my plans a reality, even the small ones. When I don't do that for whatever reason I tend to not care as much for getting other stuff done and it can spiral down from there. At least my commenting went well like I said in my previous post. 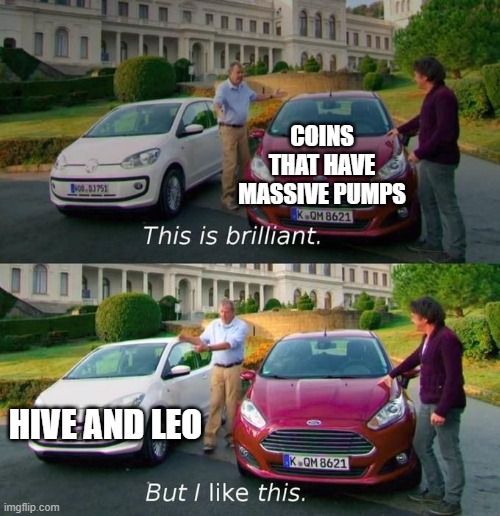 We saw some crazy pumps this month in the crypto world but Hive and Leo only received the discount versions of those pumps which I'm ok with this time around. Last bull run I was super salty and full of FOMO when my coins did nothing, now on the other hand I'm in a different mindset. I am trying to be as prepared as I can for when that huge pump finally comes for Hive and Leo so I can enjoy some of my hard earned coins and take some profits. Until that time comes I'm happy to stake everything I can get my hands on and enjoy that compounding action. 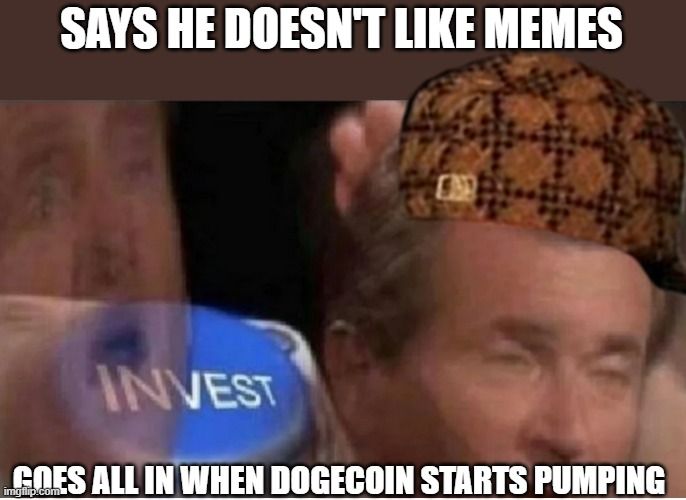 Another thing that bummed me out was seeing some people actively discouraging meme usage regardless of context. While I do understand that posting a single meme can look lazy and spamy even though it's original and you put a lot of effort in it, to say that you won't support any post that has memes in it seems a bit extreme and detrimental to people that try to do something different with their posts. Don't get me wrong everyone can upvote whatever they want but when you have a significant stake behind your vote maybe it would be a good idea to upvote quality content regardless if you suits your taste or not. I mean if it makes people laugh and it's decently informative I think it adds a lot to an ecosystem full of serious posts.
It would be extremely funny if the people not supporting memes would have a lot invested into dogecoin, that would be next level irony and lack of self awareness, but I wouldn't be surprised one bit if that were the case :P
In other news: I was expecting some nice CUB pumps after Certik gave Cub Finance a very high score and basically proved to investors that it's a good place to put your money. But unfortunately it didn't generate much hype but I did create some memes when I heard about CUB successfully passing Certik's audit and was looking forward to include them in a post, but I didn't get around to writing that post at the time so I got stuck with the memes. I think they are pretty funny and would be a shame for people not to see them so here they are: 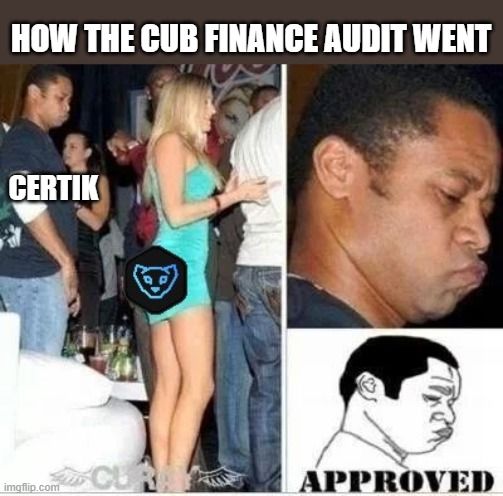 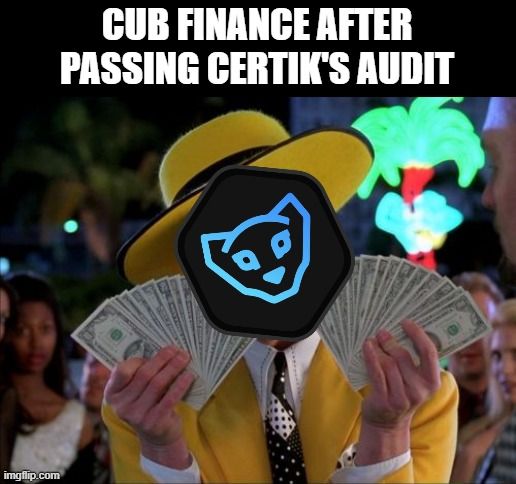 Anyway, regarding progress towards my goals, I am sort of on track but that 2000 Leo goal for the end of the year seems a bit daunting, not that I can't reach it or anything it's just that it will require some better time management to be able to post more on Leo Finance. Currently I'm sitting at 600 Leo but I need to step it up in the following months in order to stay on track.
On the hive front things are moving along at a steady pace and I am currently close to gathering 1000 Hive in preparation of either talking some profits if Hive reaches some crazy prices ( at least $2 or more) or stacking it in my super not secret alt account that is part of a curation trail and is steadily churning out curation rewards.
I also converted some of my shitcoins to tether so I can have a nice investment fund to get back into bitcoin when the time comes, and I plan to convert most of the coins that I'm not going to hold long term.
That's about it for this month, with the weather improving I might have even more trouble finding the time to post things next month but who knows, the weather might show me a big middle finger :)