Now that CUB mania has settled down a bit and people are more focused on rationally assessing numbers than hyping CUB to the ends of the galaxy maybe it's time to see how future airdrops can be improved. 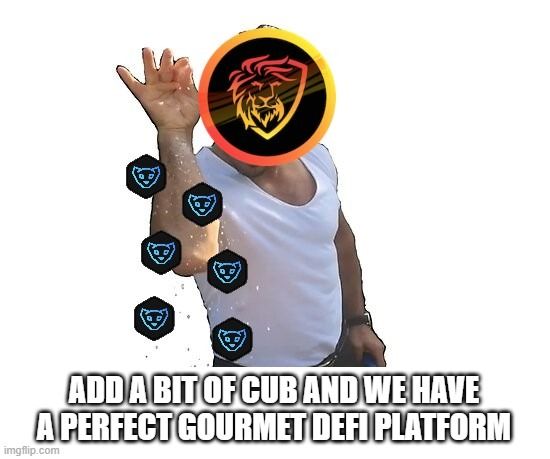 Before going full " you should have done this and that" it's worth pointing out that the devs deserve all the praise in the world because the darn thing actually worked and it was simple enough for everybody to convert their tokens. Also I know it's easy to point out what should have been done after the fact but this is more like what I would like to see happen/ not repeated in the future because I want things to be better and better on Leo Finance. And yes, I'm using the word airdrop because the official terminology for it could make my last remaining brain cell have a heart attack. Anyway let's get on with it.

The first thing I would have liked to see is more communication, while I understand that things can be delayed because shit happens, I think communicating a launch date for Cub Finance a month or a few weeks in advance would have been better for all users and maybe even for the price. Even if it would have been delayed, at least we would have had an idea of the timeline and could have prepared better. Also in the communication department, it would have been nice to know the full details of why liquid Leo is worth to have handy on the launch date. While for the whales it was easy to keep some Leo liquid, I think most plebs like myself were so focused on powering up Leo that we couldn't scramble to have some liquid Leo at hand. I fully understand why the airdrop was delayed ( to make it easier for numbskulls like myself) but it created some unfair situations because most assumed that Cub Finance would launch at the same time as the airdrop, so people who were counting on that and didn't have Liquid Leo were left crying in the corner. Ideally it would have been nice for both the launch and airdrop to be delayed so they could go live simultaneously. Unfortunately we don't live in an ideal world. The CUB to Leo ratio had people guessing until the last moment and while for most people on Leo I don't think that was a huge problem, from outside the hive ecosystem I think that might look a bit shady and put off some potential investors. As far as the quantity of the CUB airdrop I think the Leo team made a good call because it didn't tank the price too hard and CUB will only go up from here. There are few more things that could have gone a bit better but I don't want to go on like a broken record. Of course I'm very thankful that Leo Finance exists in the first place and that people here welcome these kinds of discussion because on other platforms I might have been downvoted into oblivion cough steem gulag cough