Ever since I got into Bitcoin and the crypto market, I've been dragged down the rabbit hole; the more I learn, the more I question, and then I realise I know even less than I did before. Each new question opens up a brand new world of learnings in Bitcoin, and I don't think many are taking the time to really look at what's going on with the project.

A lot of crypto holders I speak to are so besotted with the promise of superior technology and claim Bitcoin is boring and old, when in fact, its just the fact that they didn't get as much as they would like at the time and think this new coin will be there chance.

I am happy to listen to different opinions, but it's easy to see through the shilling and bullshit after 5 years of snake oil salespeople pitching ICO after ICO. One of the big critics of Bitcoin is the fact that it doesn't have smart contracts, something Ethereum pioneered and then a whole lot of other chains adopted.

These smart contracts have opened up a new world of dApps and DE-FI getting enthusiasts hot and heavy about their favourite project. Bitcoin seemed like a laggard; it will always be a laggard to innovation because you don't want to mess with the protocol and the kind of money sitting on this chain.

However, that doesn't mean innovation is not coming to Bitcoin. Taproot and schnorr updates are still in the works and much debated. Lightning continues to expand, and BIP85 is another planned update for Bitcoin.

Another update seeing progress is the DLC; no, it's not EA games selling you more downloadable content and scamming you out of parts of the game that should be part of the main release.

These DLC's are known as Discreet log contracts, are an exciting new technology that facilitates conditional payments on bitcoin and is compatible with other blockchains.

The DLC uses an ordinary multi-signature output as you would use to secure your wallet with a multi-sig setup either with a family member or with a company like Casa or Unchained Capital.

A multi-sig wallet allows you to split your keys, let's say, into 3 or 5 and then give different holders a set of keys. However, depending on your set up, to spend the funds, you'd need a majority of the keys. The multi-sig wallet was originally used for an additional level of safety.

You know in crypto funds can NEVER BE TOO SAFU!

Eventually, some smart guys figured out cool alternative users for multi-sig, like creating on-chain loan contracts, as we see with the guys at HODLDHOL.

But now, with DLC's, it can be taken a step further. Unlike other chain smart contracts, computation is not done on-chain, only the settlement of the contract's funds. Therefore, the contract is discreet in the sense that no external observer can learn its existence or details from the public ledger.

To the blockchain and observers, it's just an ordinary transaction, and only the parties involved know about the contract.

DLC's can be completed on the main-chain, but as fees continue to increase, many contracts won't make sense to be done on the main unless it's high-value long term contracts.

Smaller contracts will have to be settled on lightning; this could be small-time bets, it could be a robust predictions market, or it could simply be friends making little wagers. Since lightning is so cheap to use and you can basically stream payments, the DLC application may be smaller in value, but it can be bigger in volume. 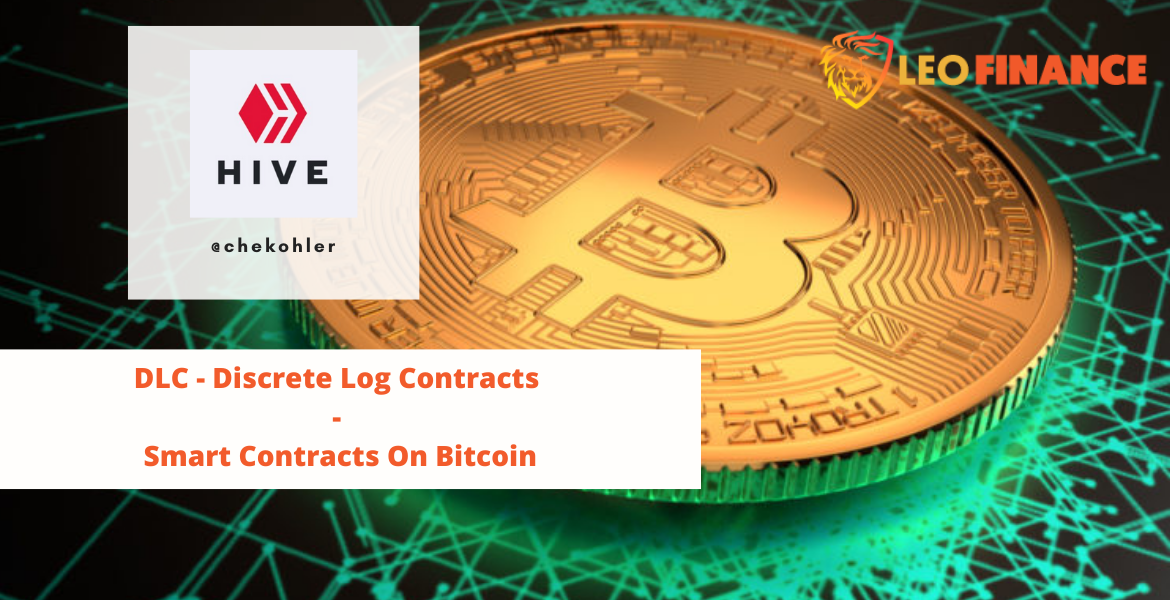 If you want to check out the implementation of a DLC, you can visit an Oracle explore like SureBits. Here you can view or create your own events based on events happening on-chain or off-chain.

The more contracts written on Bitcoin, the more Bitcoin has to be pulled off the market and locked up for a period of time before it is settled. The more that happens, the more scarce Bitcoin becomes on the open market. I don't think I need to explain what happens when there's less Bitcoin supply going around.

Bitcoin backed and settled contracts on the main-chain or side chains will be a liquidity trap of note once this starts to pick up the pace.

There are already oracle based chains; primarily, LINK has been a popular one, while BAND has also gotten into the mix. I've already spoken about the flaws I see in Chainlink, and I think that with DLC's on both main-chain and lightning attracting oracles, they will completely put Chainlink's model out of business in the belong term.

Yes, chainlink will continue to run and provide data for ETH. Still, as market participants run in to provide data, you'll arbitrage gains down. People will find that they gravitate to the cheaper providers and the more open providers, which DLC-based oracles are all about.

Anyone can be an oracle, and as you build up trust, you can request a premium fee in satoshis, rather than having to switch to a token like LINK. It just streamlines the entire process and avoids liquidity issues, so to me, it makes it a better process.

Hot on the heels

Bitcoin may seem like a slow starter compared to the innovation we see in altcoins, but it's by no means going to take it lying down. To me, Bitcoin is the Apex predator in the financial market and the technology market, as it appreciates and absorbs more features into its layered scaling approach.