wiseagent76
3 months ago
inMovies & TV Shows
This publication was also written in SPANISH and PORTUGUESE.

One of the things I admire most about Seventh Art is the freedom of speech and the maintenance of the inviolable right that is due to each of the professionals who work in this incredible world (be they directors, screenwriters, actors / actresses, producers, musicians, writers and other professionals). Everyone, each of them in their own way, endeavors to externalize their points of view through the most diverse types of subjects and even though this much dreamed (and inspiring) reality still has many obstacles to overcome... Definitely, everything it is much better than in previous decades (where the nefarious censorship attacked all projects that were "outside the standards" at the time). Fortunately things are changing... We live with a greater range of thoughts and because of that we have built a new (and strong) society. I chose Elite Squad (1 & 2) as the best Brazilian movies (in fact, they are just an option among so many other options, such as Central Station or City of God) because I want and need to criticize my country within this scope of corruption undeniable that has dominated the national territory for so many years. In the plot, the viewer follows the difficult work of Captain Nascimento, a member of the Special Forces of the Military Police of Rio de Janeiro (the state is part of the ranking that elects the group of the most corrupt states in the country), while he trains new recruits to succeed you in the near future. This is the starting point of the plot, which quickly delves into issues that are very urgent to the needs of a people that every day is neglected (in every possible way) by the country's political powers. 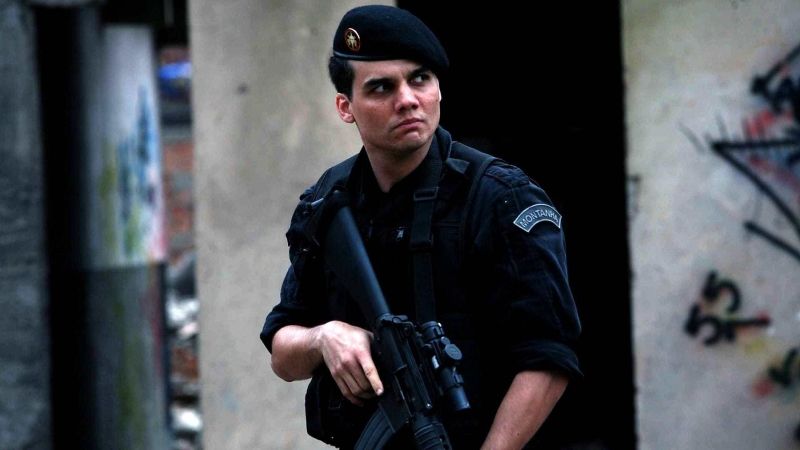 Diving into a sad (and profound) reality in Brazil, it was no accident that José Padilha (along with Rodrigo Pimentel and Bráulio Mantovani) opted for Rio de Janeiro. Every kind of idea that violates the most basic rights of the Brazilian people lives there, being fueled by a level of criminal practice that makes the most corrupt politicians in other countries jealous. A reality that is obviously not exclusive to Rio de Janeiro itself (because it affects the country in a generalized way, like an uncontrollable virus), but which gains more prominence due to this state being the main postcard that sells Brazil (touristically speaking, of course) to the international scene (using one of the Seven Wonders of the Modern World - Christ the Redeemer - and the beautiful beaches as main attractions). However, behind the scenes, corruption reigns. 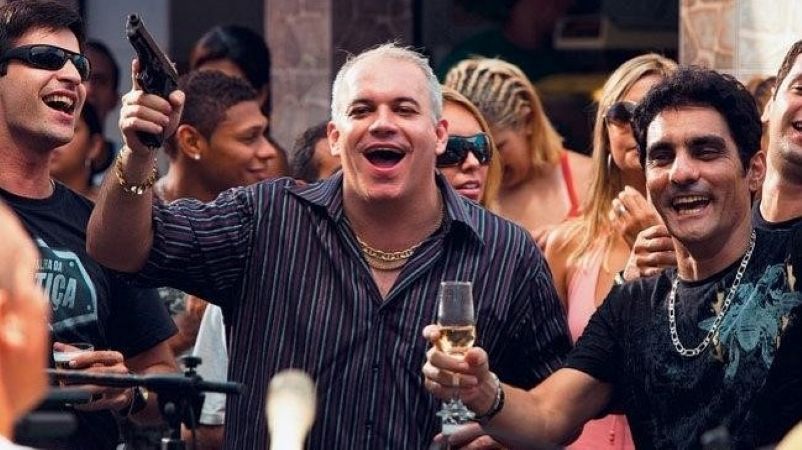 The trio of screenwriters (mentioned above) worked to create this movie based on the reports of former BOPE police officers. This unit is known to be (at least in theory) incorruptible and very violent in certain types of situations. In addition, they also used the real facts of corruption that plague Rio society in different layers (be it rich or poor in essence, because crime shows that it does not choose a side... it is the side that chooses it) and plays an explosion of indignation on the screen, where it is impossible not to feel disappointed to be part of this country (at least at some point, especially for those who live in the state of RJ, and feel everything that is being shown in the movie, in their own skin). It deals with the strong approach of true elements, which were cinematographically portrayed with the objective of causing discomfort. From the highest echelon (which involves all members within the political scope), to a team that is seen as "subordinate" (basically, slum leaders), the script has no intention of easing either side, even because both work together and strongly reinforce the unbelievable level of corruption that exists in the country. While the political side articulates to achieve more power and dominate in the upper layers... On the opposite side, the force happens to dominate the lower layers (and that affect the majority of the population). However, at some point, these two sides need to find a way to come together, in order to be able to make more bold moves in an attempt to achieve higher flights. An act due to the pluralization of twisted ideas that they have in search of more and more power. 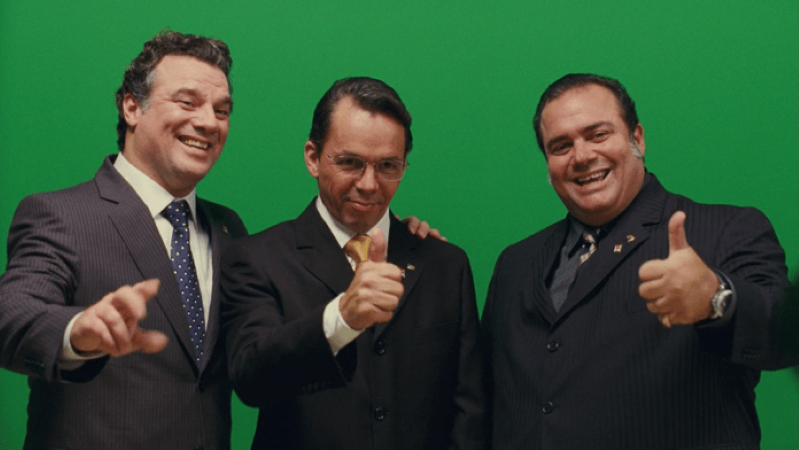 Gradually, the movie shows how Captain Nascimento and his recruits (especially Matias and Neto... because it is through their interaction that the plot gains more form and weight) to face the daily challenges of a profession that is extremely undervalued here in Brazil (and even in financial aspects, because low wages are an extra problem amid the problems, which seem to be endless). Everything starts to get worse when they realize that there is a real network of corruption happening right under their noses and as their reach is potentially dangerous for the entire state (and obviously for the country), they feel they have a duty to fight against this using their own weapons (fueled by the sense of justice that they demonstrate throughout the movie). This is the intersection point of the script, where everything changes. 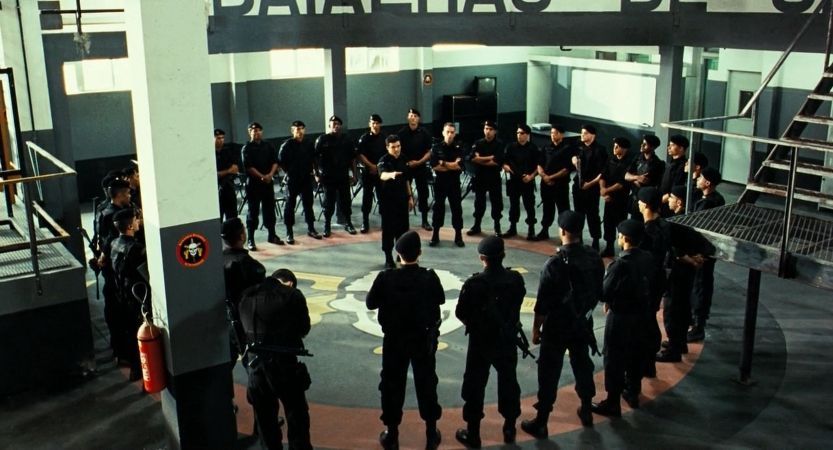 Having to deal with both sides, Nascimento needs to balance the situation when facing what is a priority in his work (training recruits vs. fighting system corruption where he is only a "bait") and while in the first movie the focus was to show as was the operation of BOPE in its internal structure (with emphasis on training and fighting in the favelas), a wave of new events in the second movie embraces the issue of corruption, at the highest level (which is increasingly rooted with leaders of other instances, such as the spoken media), and at the same time, among the darkest corners of the favelas (involving government leaders inside and outside their official work activities). The movies are complementary, focusing on the saga and Captain Nascimento's determination to want to change the country's system, while trying to deal with his personal life. 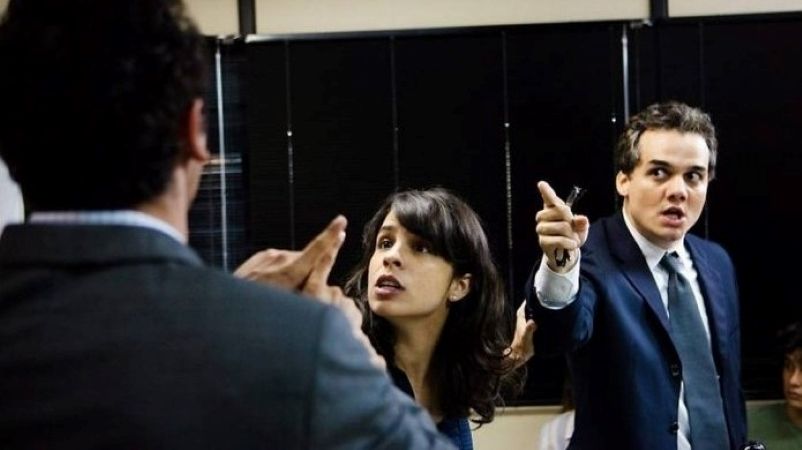 In the two movies, the connection between the powers that act against the interests of the nation is notorious, and this is used very strongly within the script and makes us question how a system can and can be so dirty. At times, loyalty to events in the real world brings an atmosphere so real that "fiction" even seems like an exaggerated joke (but the main true is, reality is being told in the most brutal way with the intention of shocking the viewer) and that was thought of by a defeatist mind and that does not believe in the future of a country. The chemistry of a plot like this is explosive and during the two movies, between the great development that the characters are achieving (with Nascimento evolving from Captain to Head of State Security), and the inclusion of increasingly thorny aspects (reinforcing even more the thought that Brazil is really a country consumed by corruption), the chasm gets even bigger. 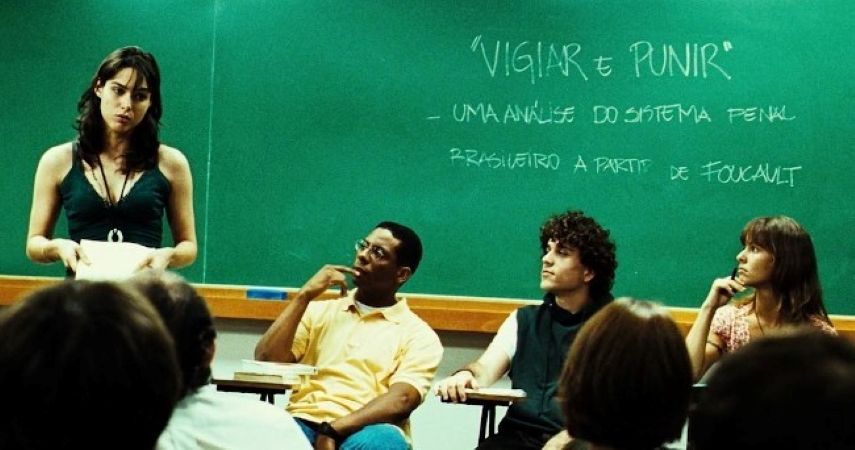 Art "copies" life in a frightening way and everything gets even more tense because whoever lives in Brazil, knows that there is no exaggeration in everything that is being shown. Control in political instances in exchange for illicit favors, the sad reality of the favelas that need to submit to the leaders' commands to be able to buy food, gas or water, the deprivation that citizens have to accept around their own rights (just for attending to the wishes and greed of politicians), the hierarchical system within the police that privileges people in absurd and highly questionable situations (because they are obviously wrong, but that do not gain weight to be challenged by the weakest links... making a culture prevail at its base, listens only to the oldest officers) and the dramas of those who try to fight it. 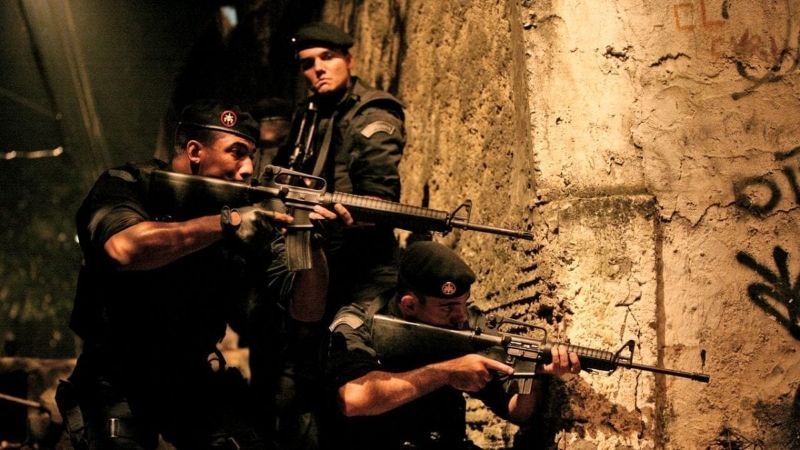 Directed by José Padilha with a surgical skill (his view of the facts is brutal and engaging), Elite Squad has a great cast (which is led by Wagner Moura, showing an incredible acting power) and is also well produced in his technical aspects: the editing that the movies have is careful (and makes a point of linking events), the soundtrack is powerful and the action scenes are based on total realism (being even more thought-provoking for not using the technology apparatus that usually finds support in special digital effects... here, a sense of the real world is done with practical effects, such as shots and explosions). A true work of art that Brazil managed to make within the Seventh Art and who without a doubt to be appreciated anywhere in the world (both for its technical quality, as well as for its representativeness. 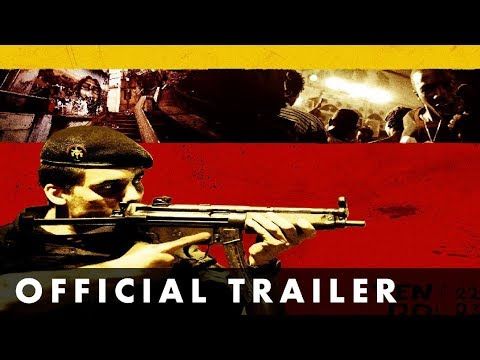 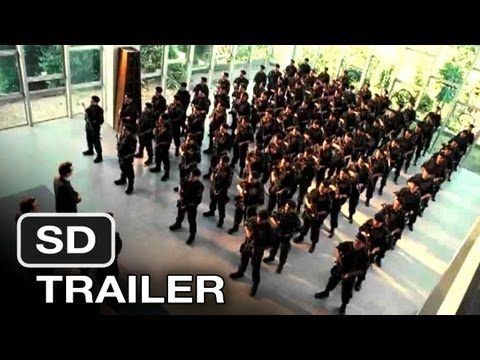 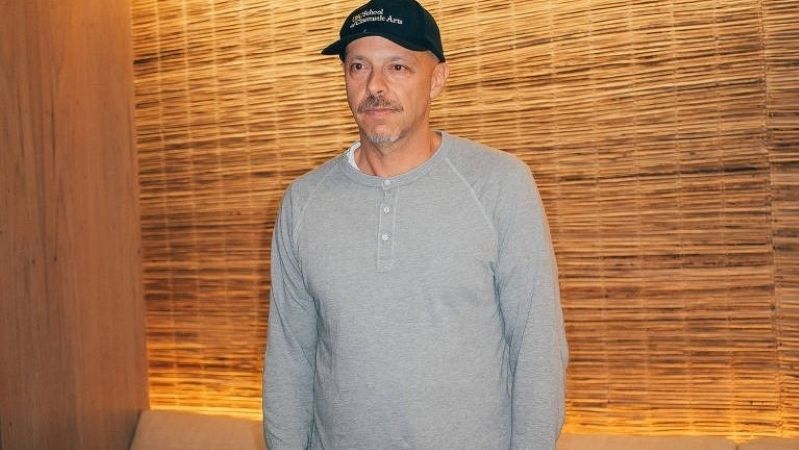 José Padilha is an authentically Brazilian filmmaker. Born in Rio de Janeiro (in 1967), he started his career in Cinema in 1987 (as a producer) and it was in 2002 that he started to see his name projected with more emphasis within this market (with the launch of the movie Bus 174) and attracting the attention of many producers (who started offering him new scripts for him to direct). The stellar success came in 2007, after the release of Elite Squad (a success that won him many awards) and it happened again when he launched the sequel, in 2010. The international projection gained notoriety when he directed the new version of Robocop.

Graduated in Business Administration (PUC University), Padilha also added to his curriculum, Political Economy, Literature and International Politics (at the University of Oxford). All of this, combined with his technical knowledge of Cinema, make him one of the most influential and important names within Brazilian Cinema. No list (of good national directors) is fair and reliable if his name is not present, because he is really a director who needs and must be remembered. In addition to working as a director (including Documentaries and TV Series), his talents embrace the areas of production and script. A talent with the Brazilian stamp.

This post is my first entry in this contest , which has being promoted in a partnership between the OCD and Movies & TV Shows communities.