I am starting to feel international. I am no longer watching only movies and TV series produced in the USA or in the UK, but instead I am watching TV series from all across the world, including Lupin (from France), Trapped (Iceland), Who Killed Sara (Spain), The Bridge (Sweden/Denmark), and some more stuff. Of course, this is a quite European selection, but it is still interesting to see. And now I have also finished my first TV series from Luxembourg, Capitani.

What is Capitani about?

In the series, Luc Schiltz plays the role as Luc Capitani. He is an investigator that is sent to Manscheid in Luxembourg after a girl is found dead in the forest. He isn't welcomed by anyone, and it can clearly be seen that he is a pain in the ass to the entire village. But, he wants to solve the crime and find out what really happened to the dead girl.

In order to solve the crime, he is accompanied by the local police officer Elsa Ley (played by Sophie Mousel). For some reason, I felt as if Elsa was doing a better job as an investigator throughout the first season than Capitani, but that really didn't matter.

During his investigation, Capitani is meeting opposition from the principal of the local school, and from the local mayor, the new mayor, and mostly every single person around. He quickly discovers that lots of hatred and lies are behind the scenes, and it makes the investigation way harder than expected.

To be honest, this wasn't the most entertaining series I have seen. The first episode didn't really manage to grab my attention, but I still kept on, and decided to finish the 12 episodes of season one. And while doing research for this article, I noticed that a second season is on the way. In a way, I am glad that they finished the first season without a need for a second season, but I also see how they left quite some strings open and unanswered, and thus leaving the chance to run a second season possible.

It has been some weeks since I finished the series, and to be honest, I haven't given it much thought since then. It was okay, but nothing more. It wasn't as tense as I want such a crime series to be, in fact, it was quite flat.

The series had some surprising elements, but no matter how much they tried, it ended up being quite flat. As a result, it might be enough to entertain some of us, but I wouldn't really recommend this to anyone else. There are many other series way more interesting, for example The Bridge and Trapped... two very good series from the Northern countries. 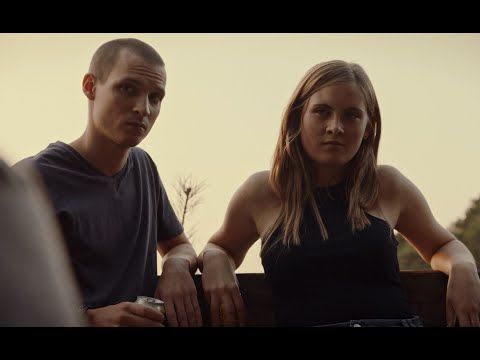 These are my thoughts about the Netflix original series Capitani. Have you seen it? How did you like it? I would love to hear your thoughts and comments.