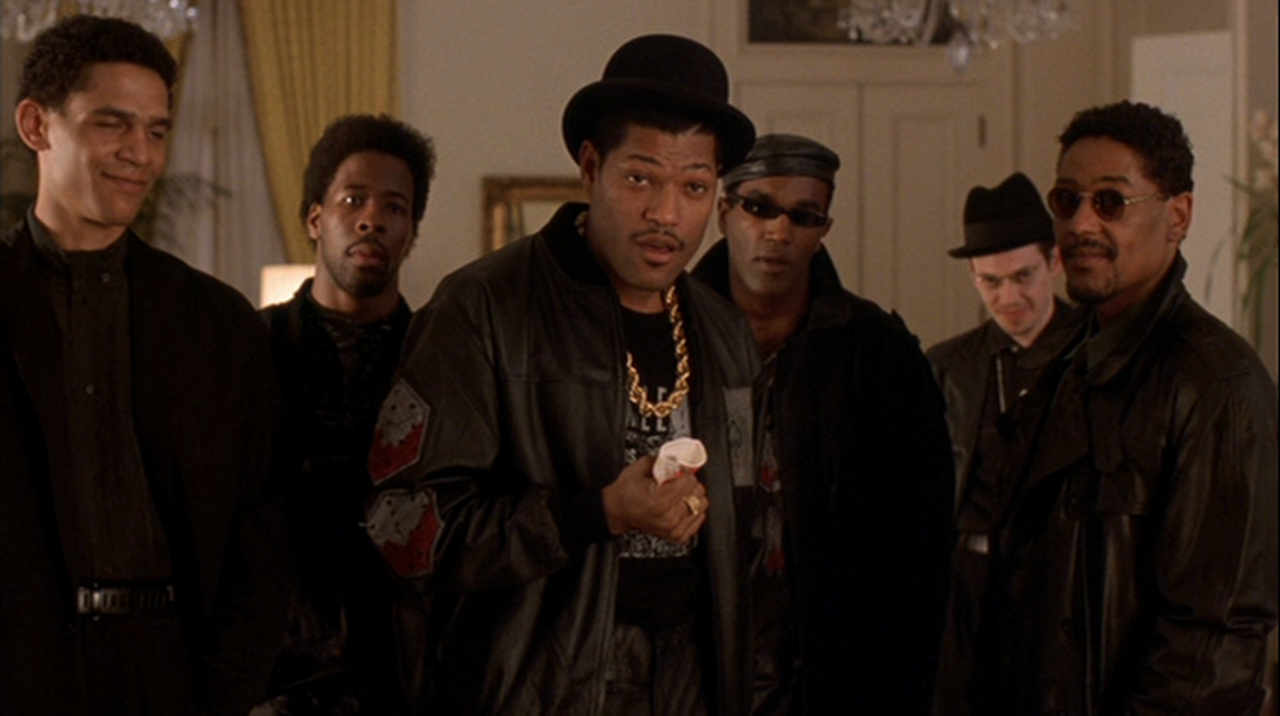 If the final two decades of cinema in the 20th century gave us anything, it would be the rise, peak, and inevitable crash of the crime genre. A genre that boomed alongside modern society and technology; it not only provided some entertainment as we dived into an era of continuous technological advancements within the home, but also a look into the society we had created as capitalism continued to shape itself around modern lifestyles.

King of New York is one of such crime films. A film that is fully aware of itself, displaying the double-sided nature of our society and the corruption that festers. The defining lines of the film coming from two different sides of society: one a hardened criminal that generates wealth with murdering the degeneracy that plagues the city, and another line from a police officer that is struggling to catch him. Both believe they're doing right by society, however are both willing to break the foundations of that society in order to achieve their goals.

This is the film's focus. The frequent question of morality gives the audience no specific side to choose. Right or wrong is merely nonexistent in King of New York, and it works excellently alongside strong performances and a narrative that thrives on tension: is there a way out for any of the characters? When nobody respects the foundations of law and order, do members of the government or law enforcement deserve it?

My two favourite performances within the film come from the film's two central characters: Frank White (Christopher Walken) and Jimmy Jump (Laurence Fishburne). Frank being the classy drug lord that surrounds himself with the upper class, and Jimmy being a gangster and henchman for Frank. The two have a relationship in which the differences of class are not evident, and which is ironic given Frank's desperation to punish the degeneracy of the city, which would include Jimmy. However, even Jimmy shows his human side despite the ruthless killing: giving strangers money to afford food and allow children to enjoy arcade games. I have to admit, Fishburne's performance as Jimmy is one you won't forget.

Alongside such strong performances comes atmosphere: a gritty early 90s New York City in which the nighttime brings out the crime, where abandoned buildings left to rot are now the safehouses of gangs, and alleyways and streets are empty, void of all hope and only a sign of decay. Hardly recognisable as any liveable or lively location. These locations work perfectly for the film; particularly on 35mm where the light is often soft and the colours dark with shadows gently rolling off the objects and characters. This gritty and soulless display of New York City is one that I'm sure doesn't quite reflect the present, and if anything now serves as a relic for an era in which industry and society had fallen to its knees. A noir style fit for the modern, now past.

King of New York had me craving more. Instantly searching for something that could fill in the gap it had created once it ended. It is a little gem in which characters are absolutely terrible people regardless of their occupation. Regardless of their intentions to actually do good somehow. Where the directing considers every composition, item within the frame, and character's mannerisms to perfection. To show the humanity, and lack thereof, of each person.