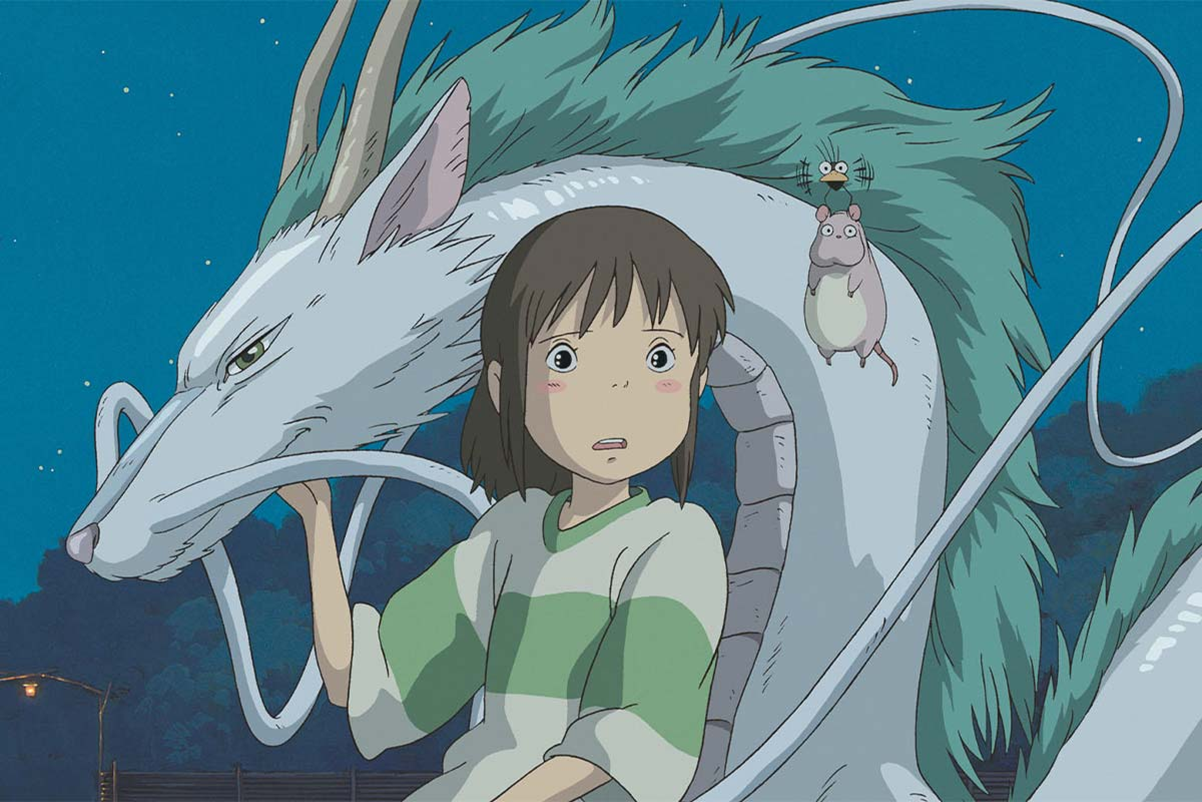 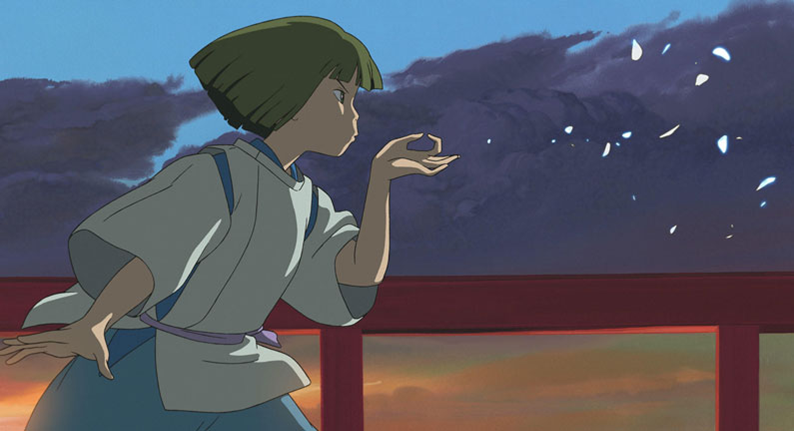 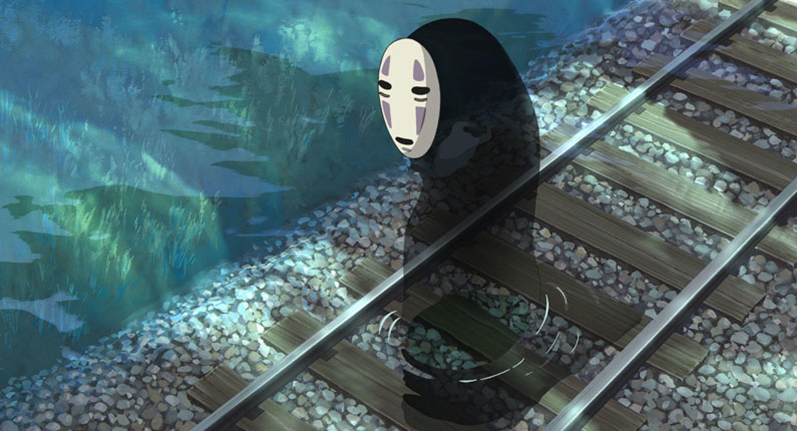 "Though the road is long, lonely and no end is in sight, I can with my arms embrace the light."

The transformation from childhood to adolescence is difficult. Children tend to be apathetic, spoiled and want to be the center of attraction for their parents. In this film, there is an additional factor that destabilizes the protagonist, which is the fact that she does not want to move to another place, as she considers that she will lose her friends.

Chihiro is a normal girl like everyone else her age. However, she awoke abruptly to face her destiny. She recognizes herself as a human being aware of her role and responsibility in life.

In her mystical journey she recognizes the importance of spirits and her ancestors. He tries by all means to free his parents. There is a lot of symbolism where Japanese culture is embodied, as is the case of Japanese bathhouses.

I really liked the natural spaces, especially the flower garden in the bathhouse where the girl has to work.

The references to pollution invite reflection and the need to take care of the planet. I am a conservationist, I think green, and I do my bit to improve the conditions of the environment to preserve it for future generations.

In this film, gluttony and greed are represented in the parents. After consuming food that was not theirs they are bewitched and this is where the plot of the film begins to unfold.

This film has been interpreted in many different ways because of the amount of messages it has. However, I just see a little girl who has had her whole life changed and doesn't even care about her feelings. Like all children of this age. If parents knew what marks some situations to their children and what affects attitudes and behaviors when they are adults I think they would change their way of thinking.

Chihiro and Haku represent the future and youth. They show us a message of hope for tomorrow, that there are still values in human beings such as friendship, morality, sincerity, generosity and forgiveness.

He manages to develop his intuition to determine that his parents were in danger and he searches for them until he finds them, showing his nobility. This film tells us that the family is still the fundamental basis on which the principles of society are based. . 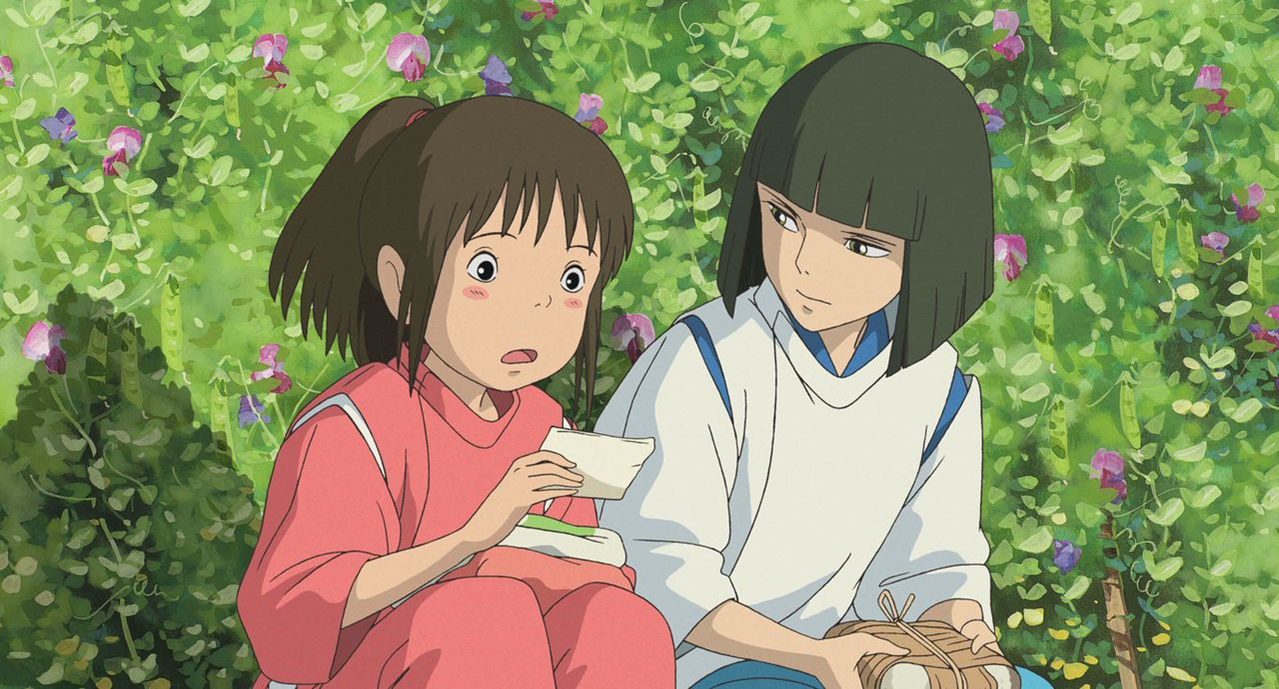 This feature film was released 20 years ago, under the direction of anime creator, Japanese Hayao Miyasaki. I was fascinated by the animation, the presentation design, the drawing art.

During 125 minutes of fantasy, drama and adventure; you will be immersed in the magical world. It was the winner of the statuette for the best animated film of the year 2003.

"The soundtrack was composed by Joe Hisaishi and performed by the New Japan Philharmonic".

"Nothing that happens is ever forgotten even if you can't remember it."

Cinephile friends, if you haven't seen this film, I invite you to enjoy it. In it you will see beautiful landscapes, folklore and Japanese customs. For me it is the best film of the Ghibi Studios.

I invite you to meet Haku and find out what happened to Chihiro's parents. To these and many other questions, you will find answers.

I bid farewell friends of the Movies & Shows Community.