Assalamu-alaikum friends, I hope you are all well. I am also well by the infinite mercy of Alhamdulillah Allah.
I want to say something about the movie first, what is a movie? What's in the movie, what will happen if we watch the movie. Most of us have a laid back attitude when it comes to painting a picture about ourselves. The movie is not just for fun. You can learn a lot from watching some movies.
Today I am going to review a movie, the name of the movie: Under the Skin. It's basically about aliens. This movie is one of the best movies of the 21st century. So now I will review this movie. I hope everyone will like my movie review. 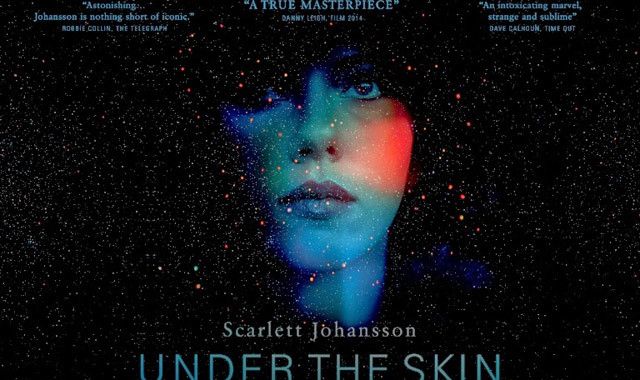 Could not find copyright free image for movie.
The movie starts with a man riding a motorcycle towards a car. In fact, he is not a human being, he is an alien. He was carrying a man on a motorcycle in the direction of a white car, there was a room inside the car, the house was just white. There was another girl inside the house. The girl was naked. The girl inside the house took off her clothes and put them on. Then the girl sees an ant on the finger of her hand. The ants had to take a good look at that girl. Then came the girl's house, then looked up at the sky and saw a large alien plane.

Now here's the thing, the guy on the motorcycle and the girl inside the house are both aliens.
Then the alien girl drove to the little shopping mall. For some of her clothes shopping. Then the girl put on her new clothes and drove towards the city. And the whole city looks good. The name of the city is Glasgow. The people in this city, how they move, how they talk, how they eat, how they express their feelings, all these things the girl had to take good care of. The girl then parked the car on the side of a road and called a man and said he wanted to see the road from here to another place. Then the man showed him the way. The girl then talked to him in various ways, telling him to get out of my car and show me the way. Then the man got into the car. The girl took him to a house to talk to him. The house was dark, then the girl went to the front and began to undress her body one by one. Then the boy saw her and began to undress. And on the way forward, he drowned in a kind of black liquid water.

That was the purpose of the girl. Then the same girl or alien, comes out of the dark house and goes for new prey. The girl then goes to a beach, where she sees a swimmer. She was drowning a woman by the sea, her husband went to her to save her. From here this swimmer descends into the sea to save them. But he can't lift the woman. She can pick up the man. Then the swimmer lost himself while trying to save them. At that time, the girl hit him on the head with a stone and took him to the dark house.

The purpose of the girl here was to mix with the people who were bringing her to that dark house so that she could walk with them, understand their words, understand their feelings, that is why she was bringing them to this dark house. While staying in that dark house, he saw an aunt inside a locked room. He sees that the fly can't get out of there. Sema kept looking at the city, wondering what would happen to the people I was bringing. In this way, when the girl mixes with people, her feelings like that person are awakened. At that time the girl remained in a bad condition. Moves from this city to another city to hold himself. He fell into a lot of suffering. The girl was seen by a man on her way to another town. Then there was a lot of conversation with the man. The man asks her if she has a boyfriend. Then the man tries to love the girl. Then the girl tried to escape from there. When he escapes, he goes into a big forest, and at the same time, the man also comes running.

As the girl was running, the skin of the girl was seen peeling off. Then the man sees that the girl's whole body has turned black. Then he realizes that he is not really a human being. The man then poured kerosene on the girl and set her on fire. While the fire was burning, the girl ran away and fell down and was destroyed.

The movie was really about how people move, how they talk, how they eat and how they feel. All this Alien Rao wanted to get the feeling of being with people while they were together. But in the end they couldn't.
Hope everybody enjoys my movie review. Those of you who haven't seen the movie yet, can watch the movie. The movie is very informative. And a lot of joy can be enjoyed from there. All will be well, stay healthy and pray for me.