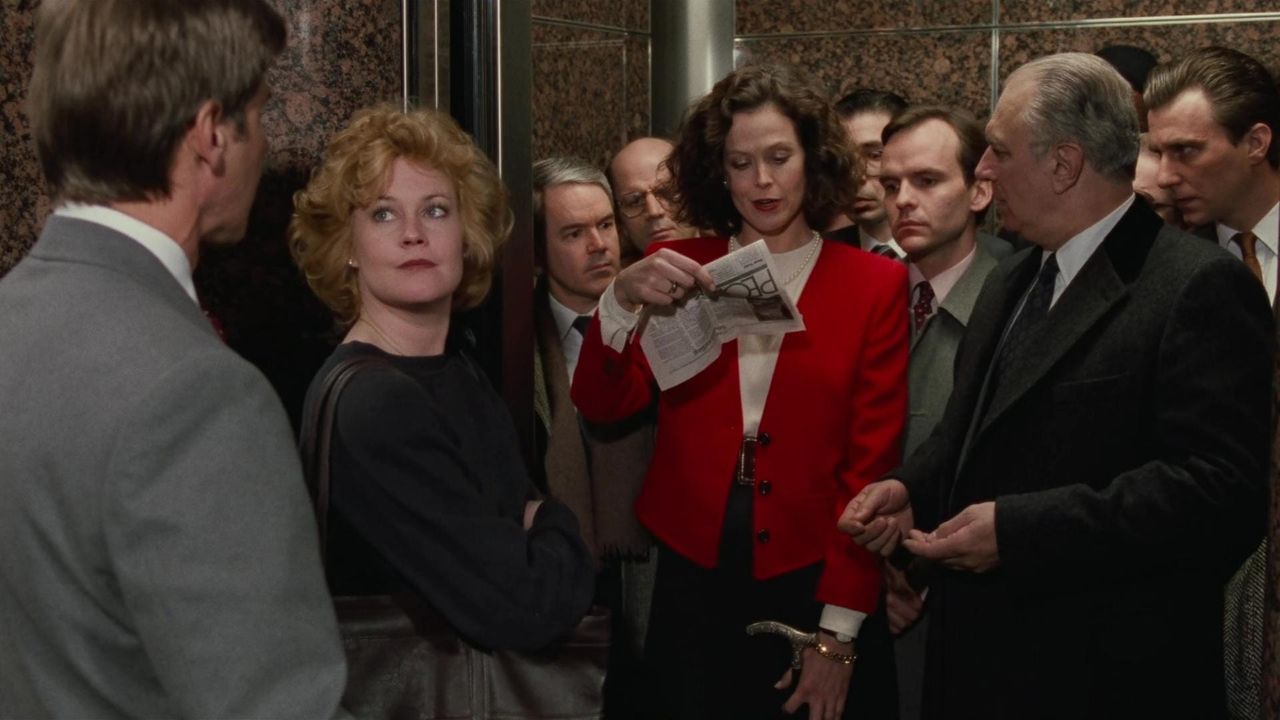 As 1980s were drawing to a close, most people had reason to believe that United States were in better shape than at the beginning of that momentous decade. A year before the triumphant victory in the Cold War, soon-to-be world’s only superpower was radiating with new confidence that would reflect itself even on the films that had little do to with flag-waving forms of patriotism. One of such film was Working Girl, 1988 comedy directed by Mike Nichols.

The protagonist, played by Melanie Griffith, is Tess McGill, 30-year old woman from Staten Island who surmounted her humble background and worked her way into college degree and job in Wall Street brokerage firm. However, despite her hard work and obvious capabilities, she doesn’t seem able to advance from her secretarial position. Her latest boss is Katherine Parker (played by Sigourney Weaver), seemingly friendly business executive who asks Tess to house-sit while she is on vacation in Europe. Tess discovers that Parker took some of her business ideas and intended to present them as her own. When Parker injures herself skiing and has to stay in Europe longer, Tess decides to finalise important deal by pretending to be executive instead of secretary. She meets Jack Trainer (played by Harrison Ford), business executive from another company with whom she would work on a deal, while he is unaware of his position. Situation is further complicated when Tess and Jack discover romantic feelings towards each other. The deal must be finalised before Parker returns and discover deception.

At first glance, Working Girl doesn’t look like something special. Script by Kevin Wade, although apparently inspired by the lifestyles of white-collar female professionals in 1980s New York, represents standard genre mix of romance, mild comedy and even milder social commentary. On the other hand, veteran director Mike Nichols handles Cinderella-like plot well, keeps relatively good pace and tries to give at least some realism to typical Hollywood fairytale. That includes authentic 1980s hairstyles and even some nudity uncharacteristic for the genre, including main star Melanie Griffith appearing topless. However, those details are non-intrusive and the audience is more likely to pay attention to Griffith as an actress on the top of the game. Despite her child-like voice, she confidently and realistically portrays adult professional and makes audience sympathetic to her cause, despite some of her actions being slightly questionable. Griffith received Golden Globe for Best Actress in Comedy and Oscar nomination for her work, an achievement even more impressive considering that she was going through serious struggle with drug addiction during he shoot. Harrison Ford, who tried to broaden his range as comic actor, also shows great skill and has good chemistry with Griffith. Sigourney Weaver is also impressive in one of her first villainous roles. Supporting players are also good, including Joan Cusack as Tess’ colleague and best friend and Alec Baldwin as Tess’ unfaithful boyfriend. Kevin Spacey appears briefly as sleazy drug-taking corporate executive trying to sexually exploit Tess in a scene that looks quite disturbing in light of recent accusations that torpedoed that actor’s career. Film is quite good, but the prolonged and predictable ending is rather disappointing.

Working Girl was massive hit at the box office, but nowadays is best known for “Let the River Run”, song authored and performed by Carly Simon which served as its theme and later won Oscar. While some might argue that its use in the film is too repetitive, it serves perfectly as the spiritual anthem of late 1980s New York and America, a world capital of capitalism and individualism at the cusp of what was supposed final victory of such ideologies. Celebration of American Dream can be seen in final titles that feature panorama of New York City with Twin Towers proudly standing, a symbol of the world that looks more distant and alien to each new generation. 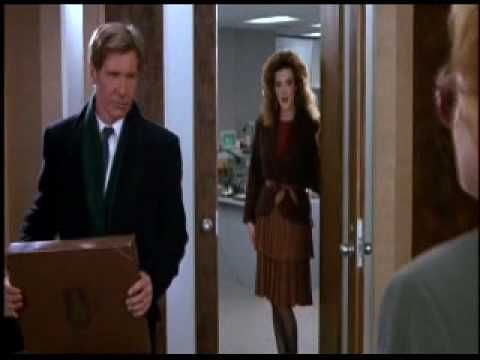