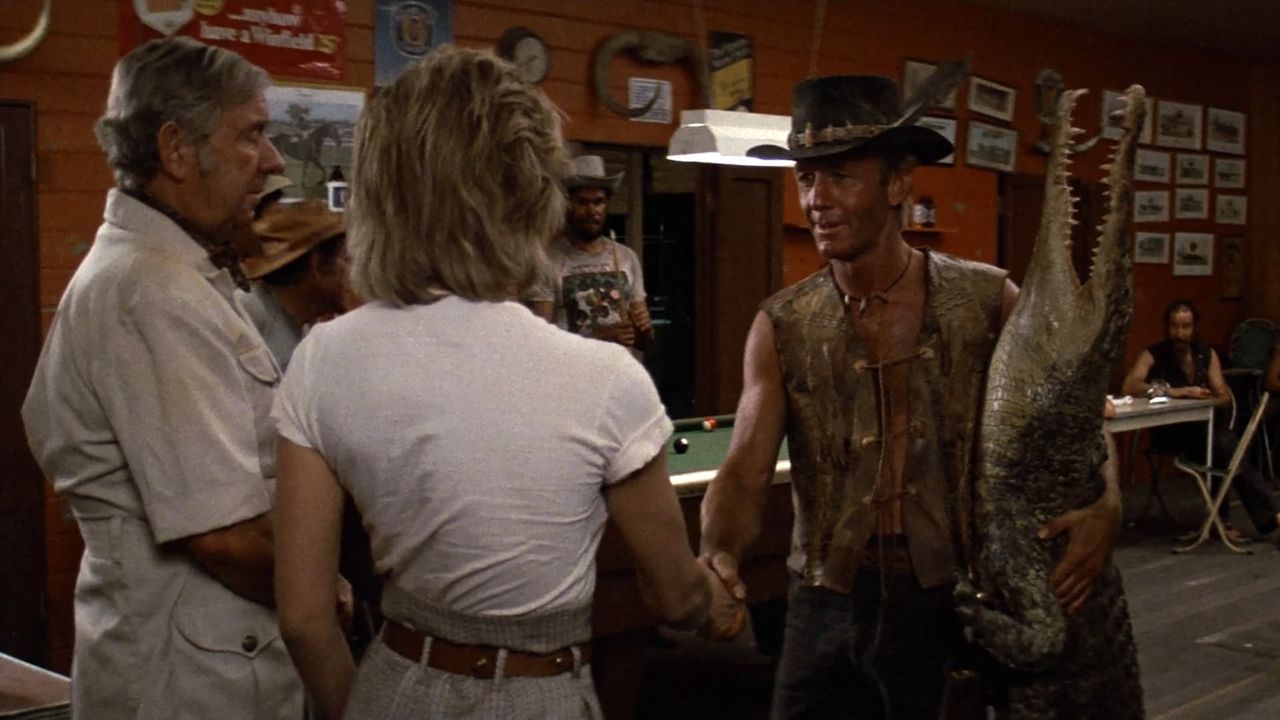 In 1980s Australian cinema began to catch attention of the world audience. That was mostly due to hits like Mad Max series of post-apocalyptic films. Its dark and depressive premise (especially in times of re-escalating Cold War), as well as violent content made it unsuitable for film paradigm established by Steven Spielberg’s Hollywood. So, in order for Australian films to really conquer international box office, something different was needed. That was Crocodile Dundee, 1986 adventure comedy directed by Peter Faiman.

Script was co-written by Paul Hogan, television comedian who was at the time the most popular entertainer in Australia. He also appears in title role, playing Michael “Crocodile” Dundee, adventurer who earns his living hunting huge crocodiles in Australia’s Northern Territory. Sue Charlton (played by Linda Kozlowski), American reporter who works for her father’s newspaper Newsday is in Sydney and she learns about Dundee having his leg bitten off by a gigantic reptile only to, despite blood loss and lack of supplies, crawls his way back into civilisation. She decides to interview him for an article and flies to small hamlet Walkabout Creek. There she finds that the story was exaggerated, but she agrees to follow him on a trip to bush where Dundee impresses her with ability to handle various animals and survival skills, as well as saving her life from ravenous crocodile. Charlton is also deeply impressed by Dundee’s character; he has never been to city, lacks education and manners but he is always polite, laid-back and charming. Charlton gets an idea to invite to New York where her article should chronicle his interaction with modern civilisation. Dundee agrees and begins to explore strange phenomena like taxis, bidets, tipping, prostitutes and people practising alternative sexual lifestyles, while also mingling with high society which includes Charlton’s editor and boss Richard Mason (played by Mark Blum). Dundee begins to fall in love with Sue, but this get complicated after her engagement to Mason.

The film was partially inspired on the exploits of Rod Ansell, real life adventurer whose 1977 ordeal in Northern Territory, similar to Dundee’s, made him world famous. Unlike his fictional counterpart, Ansell failed to properly handle and exploit fame and tragically ended his life in drug-induced shoot out with police. Hogan was sometimes accused of exploiting Ansell’s story, but characters like Dundee have been already formed during Hogan’s work on television. Dundee, with his rough uncultivated “ocker” accent and lack of “civilised” manners that hide “noble savage”, in many ways corresponded to the macho ideal Australian like to think of their national character. Hogan also recognised that the audience in 1980s wanted a hero that can handle dangerous situations both in outback and on the urban jungle of New York, but also knew that his protagonist must be different from the likes of John Rambo and prefer using common sense instead fists. The concept worked brilliantly, first in his native Australia where Crocodile Dundee broke all box office records than in USA where become one of the top cinema hits, becoming the commercially most successful Australian film on that market. This was partly due to international version being shortened and re-dubbed in a way to have various pieces and dialogue and references comprehensive to non-Australian audience.

Crocodile Dundee is successful film, but hardly without flaws. Faiman, Hogan’s old collaborator, handles direction well, but the script lacks tight plot and consists of short episodes in two parts, each using basic “fish out of water” scenario for one of two characters – Charlton in the first and Dundee in the second. Film often succumbs to cliches and quality of humour at times varies, with certain scenes from today’s perspective looking questionable in its treatment of certain sexual minorities. Linda Kozlowski looks immensely attractive, but her character lacks a little bit of chemistry with Dundee, which is quite surprising in light that Kozlowski and Hogan became real life couple shortly afterwards. Character of Richard Mason also succumbs to cliches, because this film, for some reason, had to have something resembling conventional villain and Mark Blum uses a lot of general disdain towards 1980s yuppies. General attitude towards characters is, however, positive and good example is final fairytale-like scene. Crocodile Dundee, due to its success, had inevitable sequel in 1988 which returned same box office numbers despite Hogan being displeased with its quality; in 2001 third film Crocodile Dundee in Los Angeles finally ended the series. Today’s audience, even those that lack 1980s nostalgia, would probably appreciate this film that, despite its shortcomings, delivers more than enough humour and general entertainment. 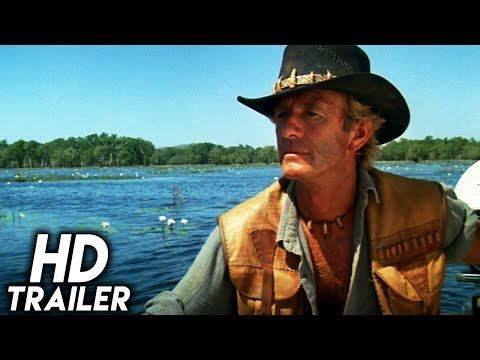