How Whiplash presents Jazz and the world of passionate artists Whiplash is intensity and music at its best.

Here is a post of another of my favorite movies, this one I have a special affection for because it deals with a subject like music, of which I am fully associated and I love to be, Whiplash is one of those movies that as soon as you play it you get caught by its setup and performances, I had it in my sights after watching another of the work of its director Damien Chazzelle, La La Land, which could not be more different from the work that I will analyze today because Whiplash is rhythm with pressure included, a story of failures and the ambition to always aspire to more.

I have always liked dramas where music is present and Whiplash shows it in a very interesting way, telling the story of a young drummer entering a new level of difficulty in music and discovering an unpleasant side of the elite musicians in his career towards success where he sacrifices everything to achieve perfection in the drums, it is a film that uses very well the classic story of a character with talent but unable to exploit it completely, who meets a character that will make him improve and be able to get to enhance that talent to its limit... Only that this character is a total bully, willing to do anything to get his whole team to the maximum, even going to the most extreme practices and teaching methods. 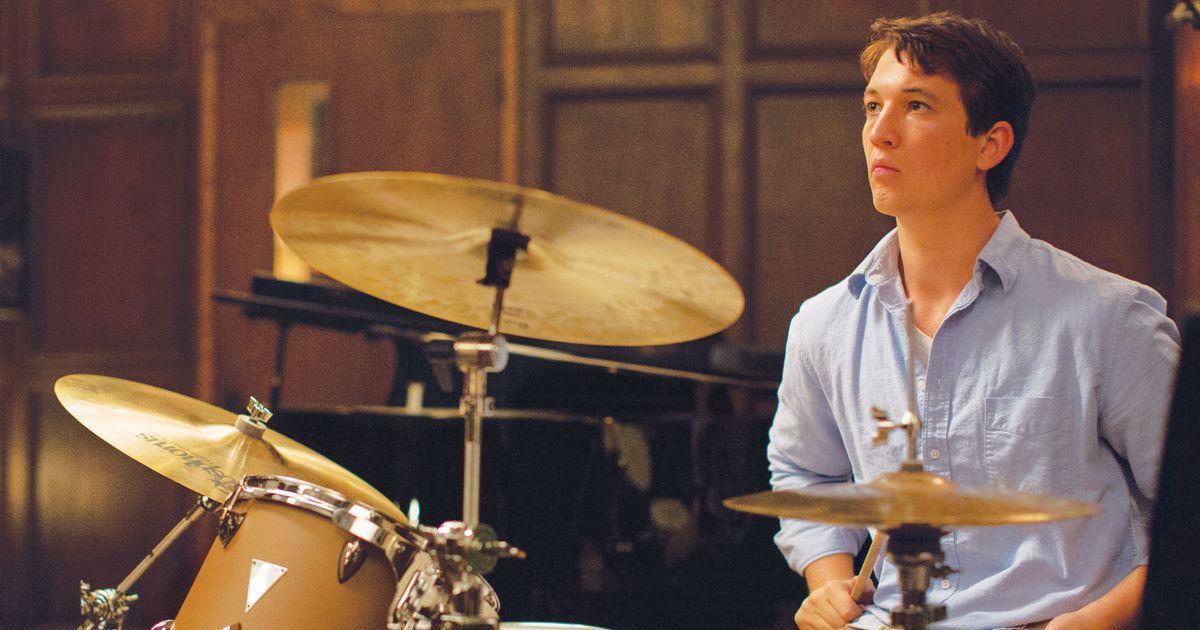 Jazz is what stands out the most in this film, each frame that is put in our heads is followed by the relentless rhythm of saxophones, pianos and guitar to the sound of the drums that takes a special role, both in the works he plays and as a narrative element that is repeated throughout the film, the drums are the element of progress of our protagonist and he wastes swing in each of the scenes in which he participates, the editing in this tape is insane at the same time that it is brilliant, it represents all this journey of our protagonist through suffering, frustration, passion and hatred, and also presents our obstacle and motivator in Terrence Fletcher who is played by J. K Simmons in what is undoubtedly the role of his career, energetic, absurdly present in every scene in which he appears and uses his voice like a baton that cannot be stopped by anyone, he is the boss from beginning to end in the film first as "mentor" and then as nemesis of Miles Teller in his leading role in which he puts us in the skin of a young drummer talent capable of sacrificing everything to achieve glory. 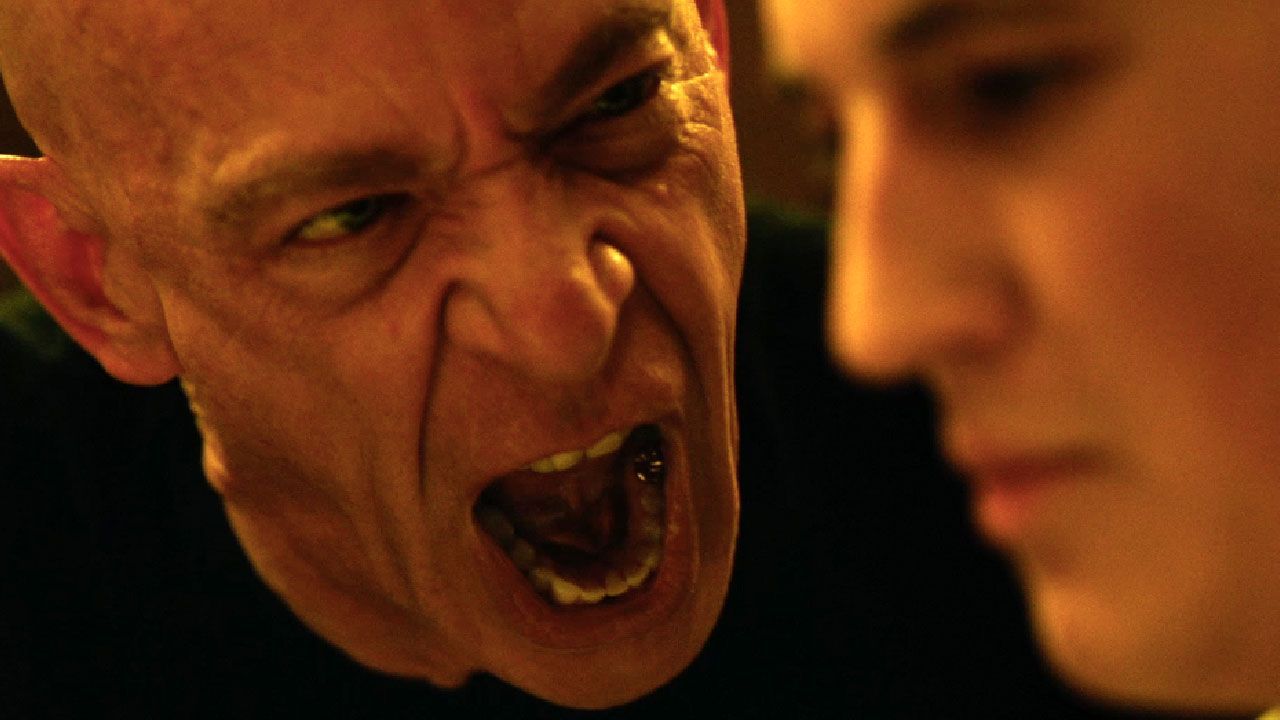 The sacrifice for the art is personified by a great atmosphere full of duality that blends directly with the play of light of the scenery, but above all by the intensity in each of the interactions of the characters, from the first moment we understand that all are committed to an insane level to music and art, it is the director's baton that penalizes those who fail to match the passion of the rest of the group in pursuit of scenic perfection, our Swing sergeant is perhaps the ultimate expression in this matter as he can apply pressure and rhythm even in static scenes where the camera is the only thing Chazelle has to give color to his work, although I must say that with the interpretation (Oscar winner) is much more bearable any scene that the director wants to film. 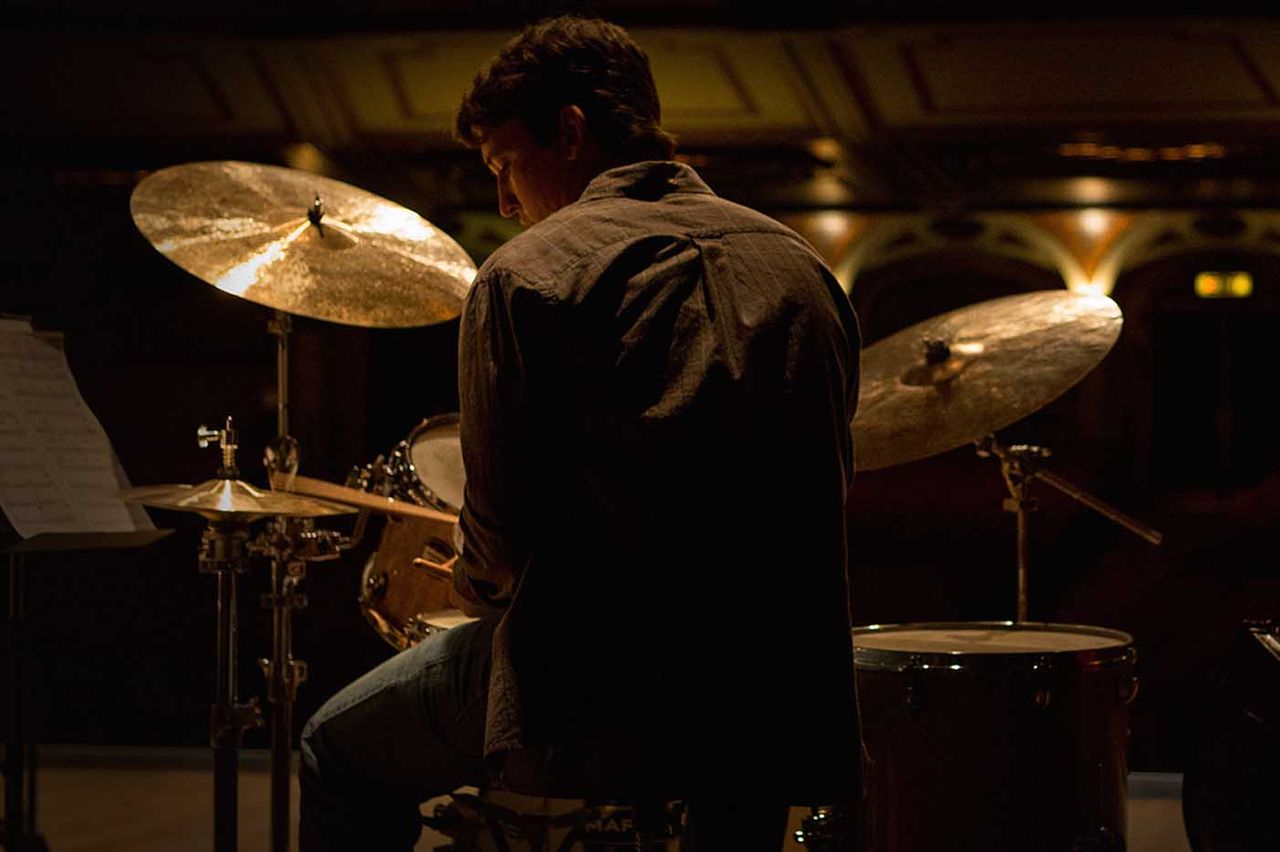 The performances are top notch, the music is great at every point in the film, the ending is mind-blowing and the setup is solid. Watch it with confidence.