The iconic Candyman (1992) is remade for a new generation of horror lovers. Wow, has it almost been 30 years since this was released? Remakes of iconic horror movies, yes I consider Candyman iconic, don't often fare well. Tired ideas trotted out usually for a quick cash grab or an attempt to revitalize the series for another endless churn of sequels.

This one surprised me. I went in knowing nothing as I usually to try to do.

Candyman is the tale of Daniel Robitaille, a painter who happened to fall in love while painting the portrait of a woman he was commissioned to do by her father. She became pregnant and the father found out soon enough. He ordered Daniel be killed for such an offense. The townsfolk cut off his hand and replaced it with a bloody hook. They further covered his entire body with honey to be stung by the bees, even then he survived. In the end they burned him alive and the mythos was created.

You summon Candyman by chanting his name five times in the mirror. The part with mirrors comes from the sadistic man that called for his death. He showed Daniel his reflection in the mirror and he uttered the classic words "Candyman" and died. Upon speaking the last and final Candyman repetition, he appears behind you and kills you.

The classic line I'll never forget from the original:

They will say that I have shed innocent blood. What's blood for, if not for shedding? With my hook for a hand, I'll split you from your groin to your gullet. I came for you.

A tale of woe and scary tales to tell in the dark became the story of the Candyman.

This is the backstory of the Candyman from the original film. The remake takes this idea and runs with it adding some interesting twists to the series.

This film, the remake is set years after the original film. The characters and incidents are referred to often and it pays respect to the original while expanding on it. Our protagonist Anthony McCoy is an artist living in Chicago with his girlfriend who is an art gallery owner.

The tale of the characters from the first film are recounted by a family member that drops by for dinner. This in turns spurs interest from Anthony as he's bored and doesn't have any inspiration for his next artistic piece.

He visits the housing project where the original film was set, the infamous Cabrini-Green. Interesting to note that while here, he is stung be a bee. While exploring he runs into a man who owns a laundromat that explains the story of the Candyman. I'm not sure what the laundromat has to do with anything other than a scene change but that's fine. The story is progressing.

The laundromat owner recounts his own tale when he met the Candyman in the 1970s as a boy. While doing laundry (maybe this is the laundromat connection?) in the apartment basement he runs into an interesting looking man. A huge hole in the wall is present throughout the scene, at one point we see a shadow within it. Soon a man emerges, a prosthetic hook for a hand and a distinctive jacket. He would hand out candy to the children he sees. Seemingly mute and good-natured to some and suspicious to others.

There have been incidents of razor blades being found in candy lately. The boy screams and the police come running. Officer after officer pour down into the basement and beat this man to death. The commentary regarding police brutality and murder against a black man is blunt and a statement is being made here. The only problem is the candy with razor blades are still being found weeks later and we have an innocent man dead.

This is the tale of the Candyman for a new generation.

Anthony, our protagonist is inspired and starts creating again. His new work is exhibited in a gallery showing, a piece involving mirrors of course. After the exhibit is closed his art dealer and his girlfriend decide to play the Candyman game and chant his name five times.

Lo and behold he appears and kills those that called for him. The way he appears and interacts is interesting. You can see him through mirrors so there are times when you would see a victim being lifted off the ground by seemingly nothing. This is an eerie effect that wasn't explored much in the original series.

Anthony soon starts to see Candyman himself at different occasions and returns to the laundromat looking for more information. This is where he learns about the original Daniel Robitaille and his complete story.

There's some information revealed here that I don't want to spoil especially for those that haven't seen the original film. Some interesting ways to expand the story from here with these nuggets of information.

The bee sting comes back at different moments throughout the film. Looking more nasty and infected each time the camera zooms down on his hand. He is transforming into the Candyman slowly throughout the film. Based on the story, you'll know where this tale inevitably ends up.

Tony Todd, Candyman from the original film does make a brief appearance in this one for the fans of the original.

This is a great time to stop with the general overview.

This movie has a lot to say. Primarily a black cast and director, Nia DaCosta. Police brutality, gentrification and living while black in America is hard to miss. Statements that were made mesh well with the tone of the film. I see Jordan Peele was a producer on this outing.

There is a great use of shadow puppets for exposition. This was superb as backstory has always been large in this series and telling it in this fashion is a unique way of showing and telling at the same time. The black and white imagery does not go unnoticed.

The one I aspect I felt lacked was the love portion. I have always viewed the original Candyman as a love story set in a horror film. This remake is a more of a political statement. Each have their place but I must say I was a missing this part.

The film has a runtime of 91 minutes. Thank you, thank you. I'm sick of seeing these bloated movie runtimes in recent years. No dull moments or lulls. Snappy editing and I was engaged throughout. 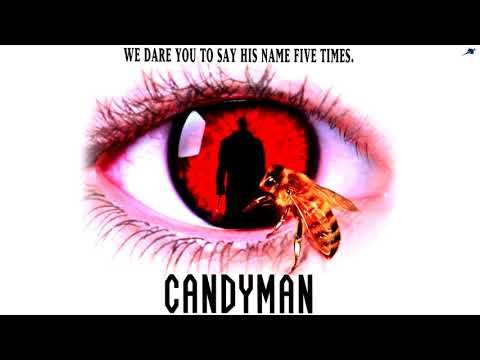 There wasn't much memorable about the score. I was so surprised to not hear some of the big cues from the original or a remix of them in the film. Perhaps I missed them? We only hear a version in the end credits! What a disappointment. Helen's Theme by Philip Glass in the original is so captivating and his entire score is fantastic. I have to put it in here.

The end credits must be mentioned. Further exposition of the story while the credits roll in shadow puppet form. This was something I rarely see and was well done.

Rotten Tomatoes is at a 84% critics rating and a 72% audience rating. I'm surprised a horror film is this high up there. Nice to see everyone generally positive about this one. A 7 for me. As I mentioned before, remakes are often a bad idea and that's a usually a good and fast rule. Luckily this one clicked for me. I'm now curious about the Hellraiser remake, another film I love and that's been in production hell (pun intended) for years now.

As a small aside here.

We are outside of the film world now. Who in their right mind is speaking the word Candyman five times into a mirror? Peer pressure seems to be the number one cause of summoning him or any weird entities. Life is can be pretty boring at times and this may add a little excitement but you're dead in the end. I wonder how much the story of Bloody Mary had on Clive Barker when he was writing this original tale? Seems a little similar to me.

The trailer spoils a lot of this film. Beware and best not to watch it. 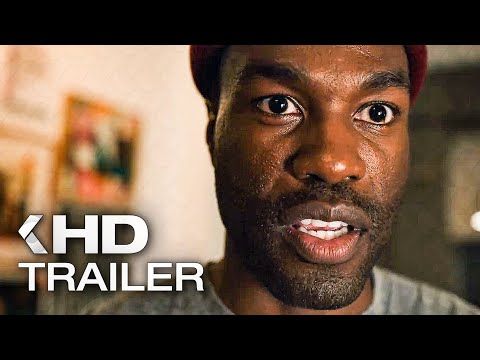 All media captured by myself from the original source.