Mushroom Monday - In Search of Morels (no luck yet)

No morels yet for this #mushroommonday but there were a few interesting finds along the way. 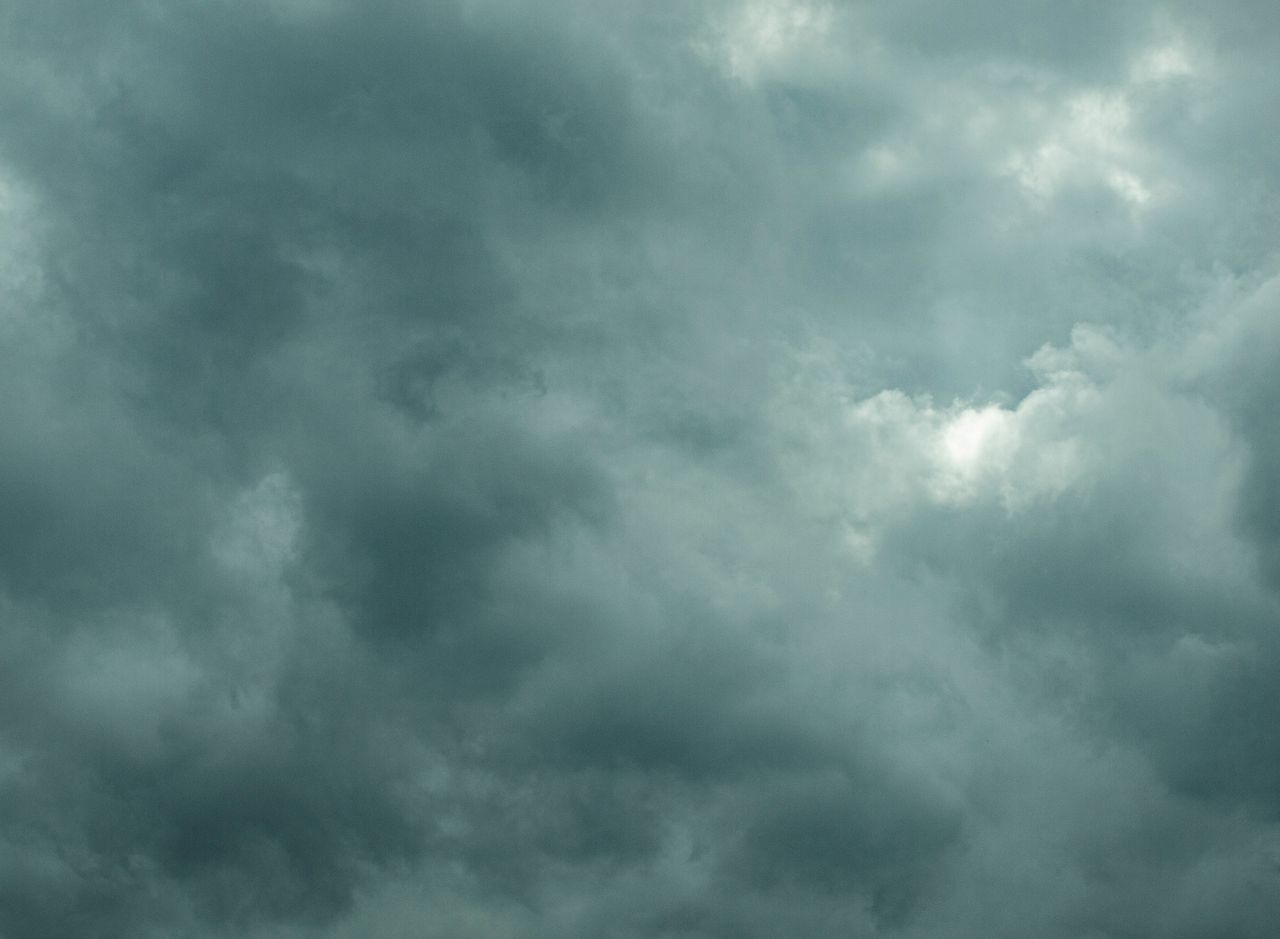 This year we definitely have April showers that are soaking the ground really well. This usually means it will be a good year for mushrooms especially morels. 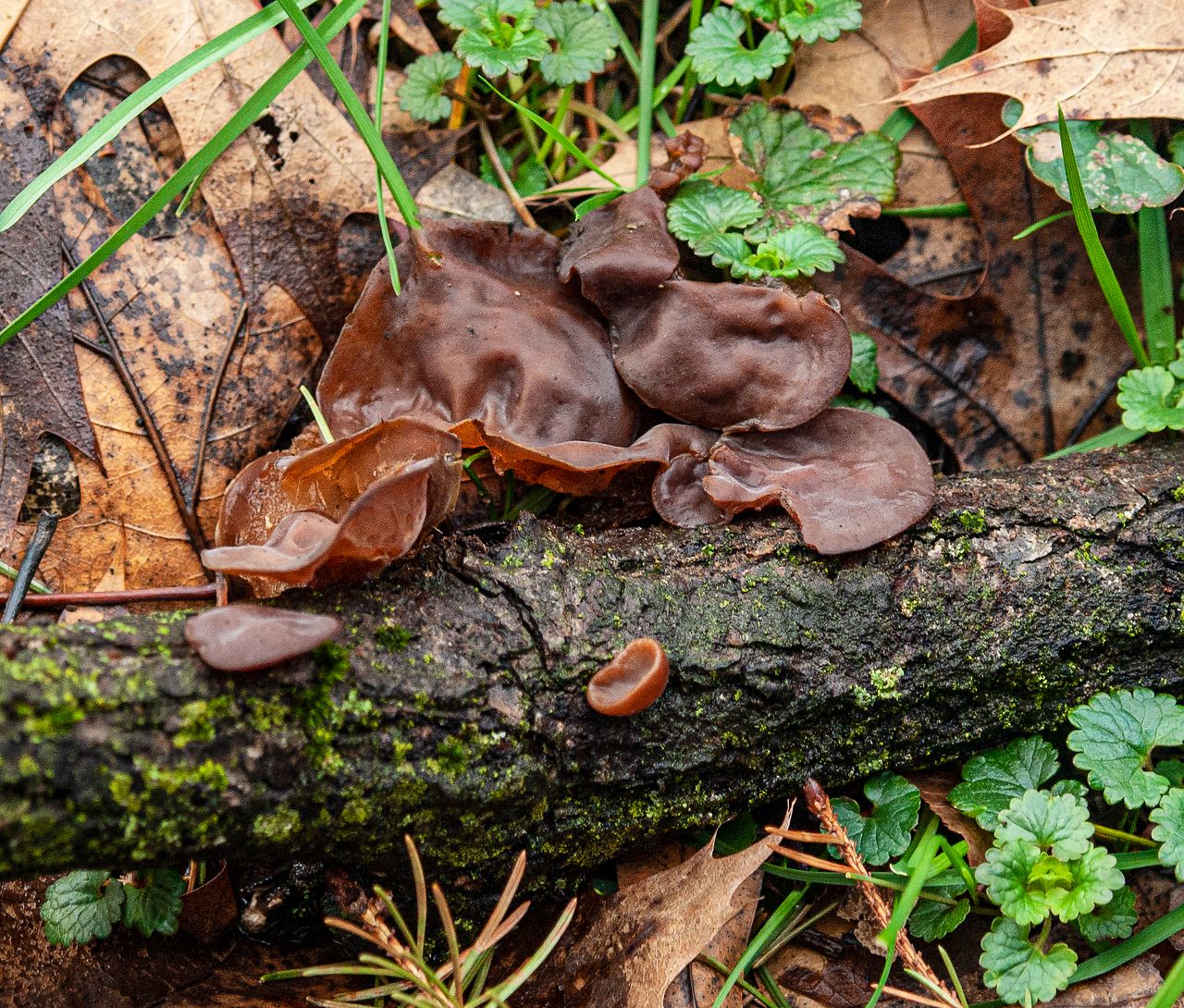 But it is still too early in the season for them to show up around here. All I found were some plump wood ears on broken hardwood branches. 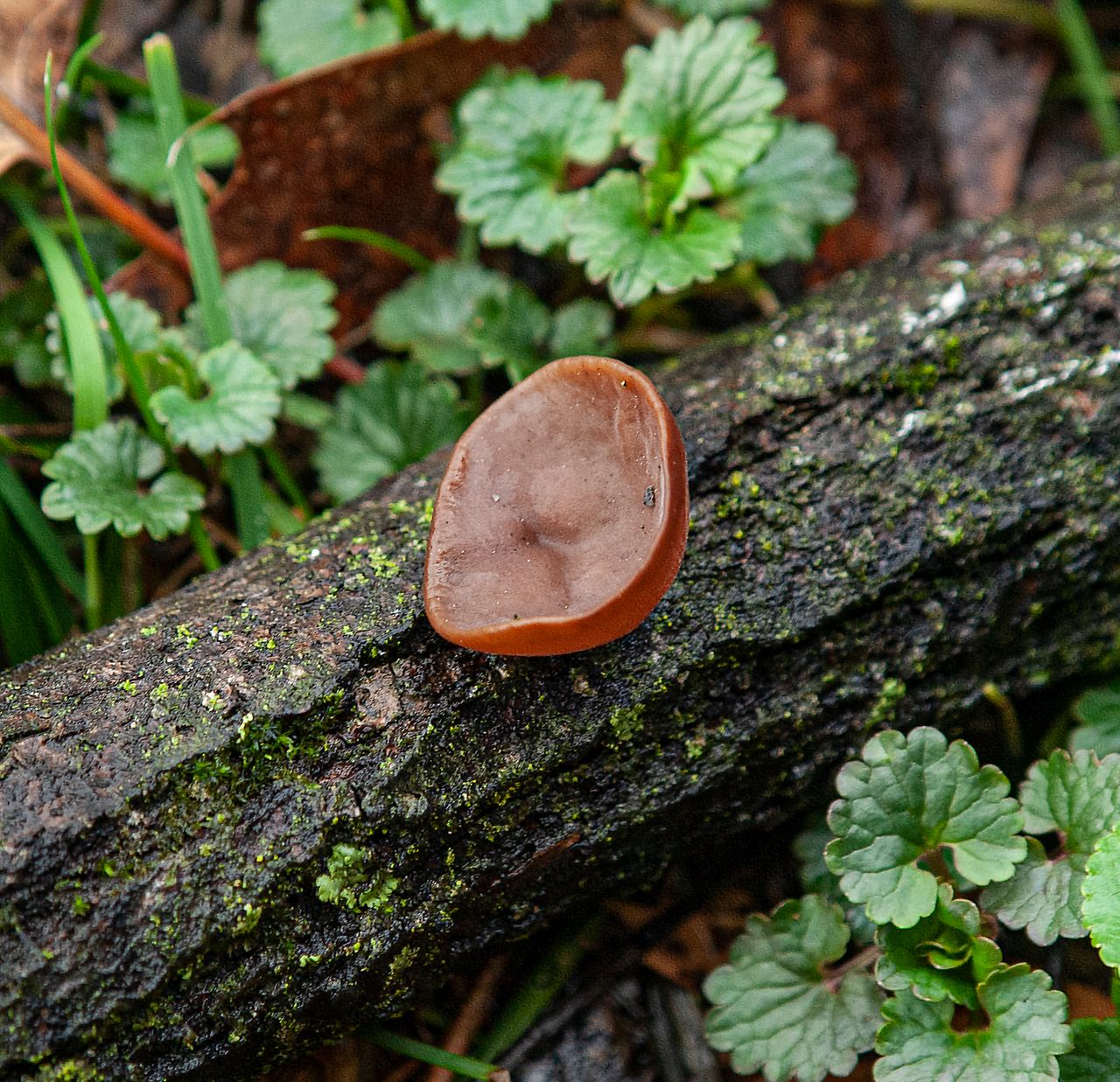 These woodears usually show up after it rains. You can find them all year around but especially during spring and fall rains. I harvest them then dry them out for use later. 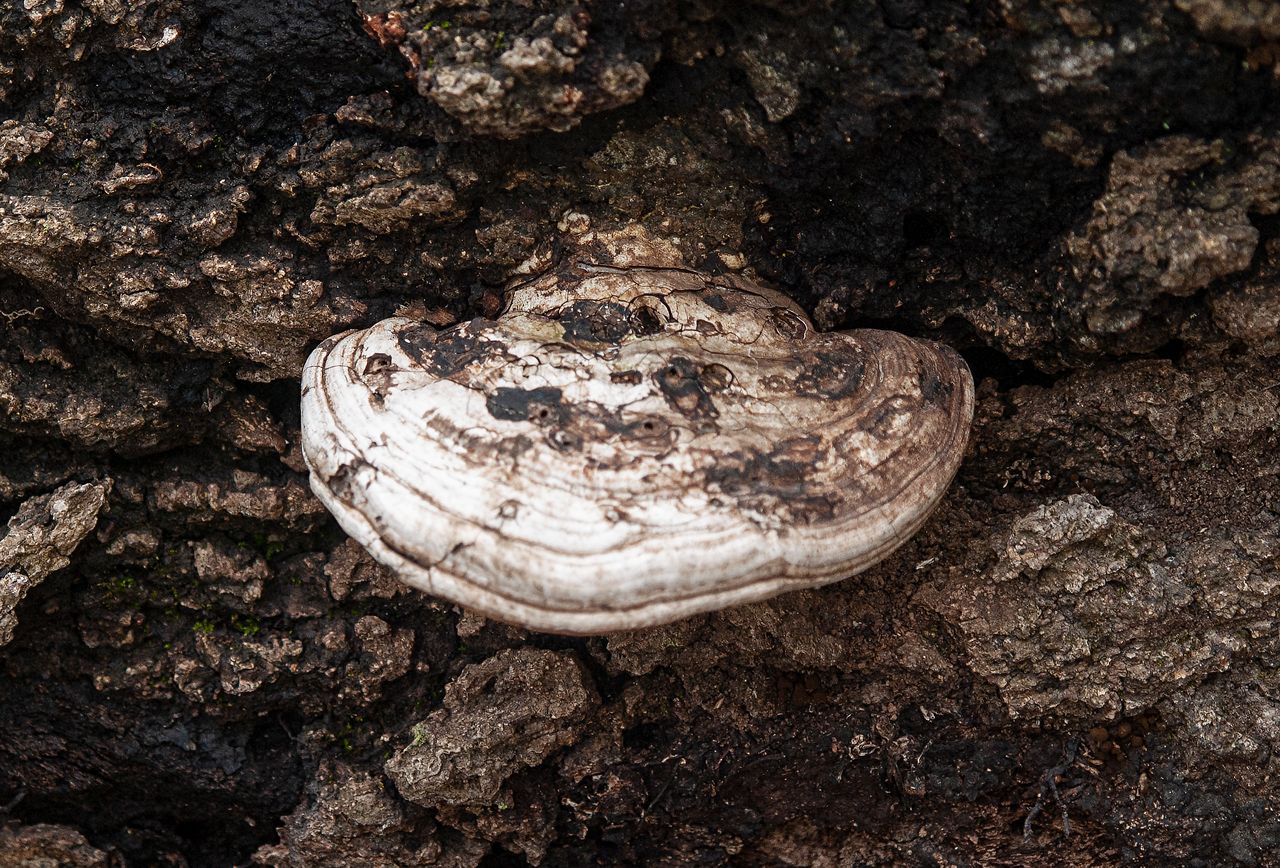 There were the usual polypores hanging around from many years past. 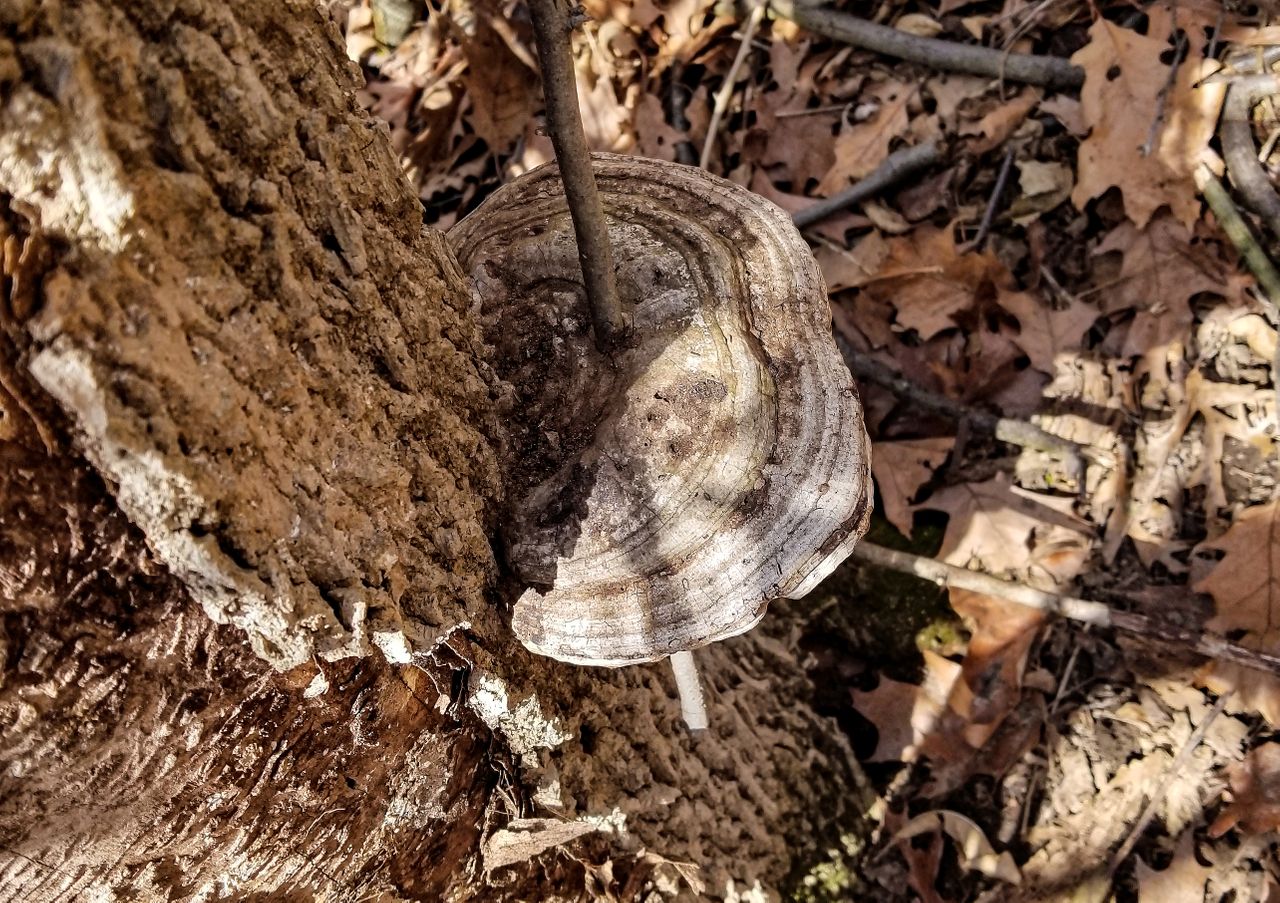 This old polypore has been around so long that it has grown around a branch that was next to the tree. It looks like the romulans have shot a disruptor beam through the disc portion of the enterprise here. 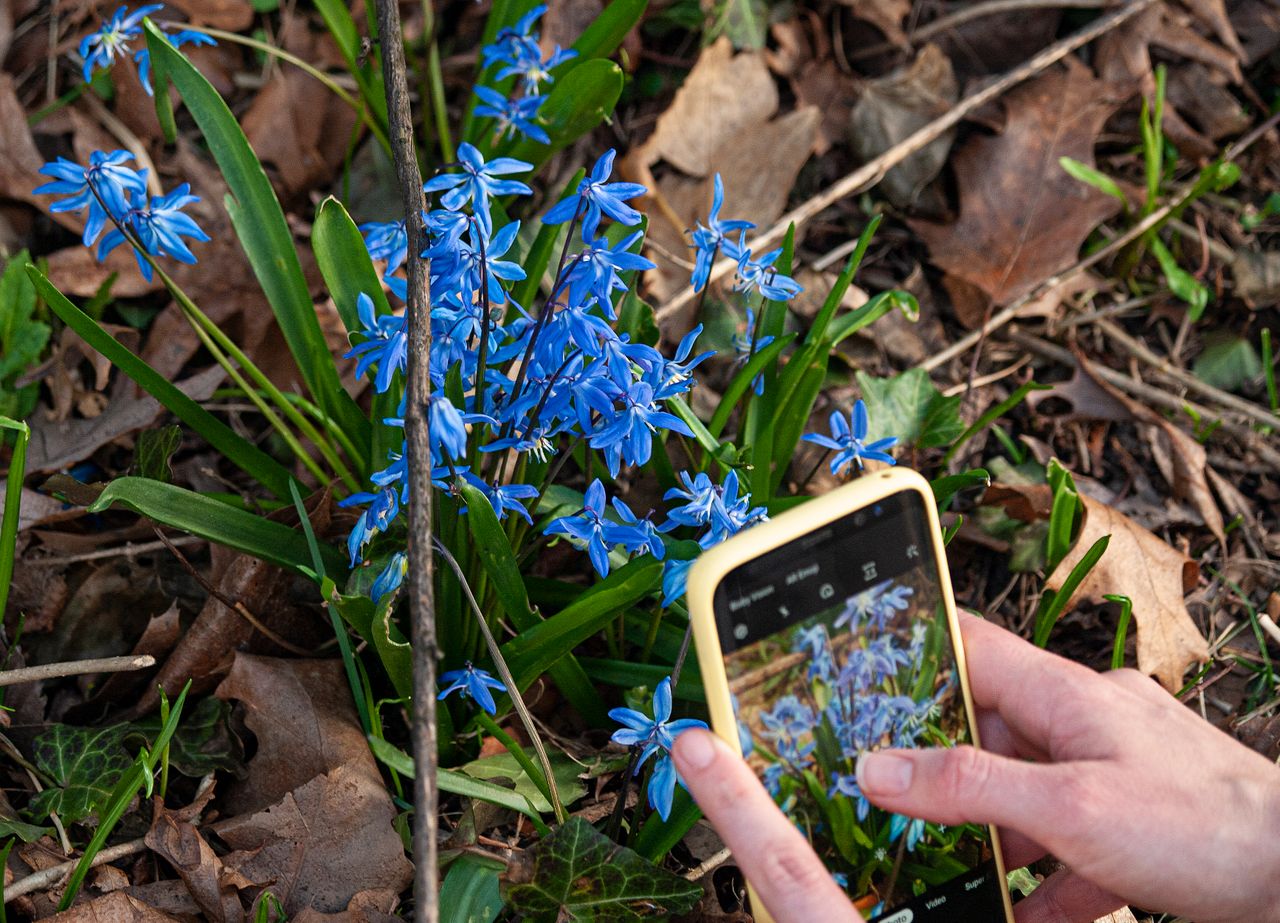 Plenty of early spring wildflowers were out in full bloom, but still no valuable edible mushrooms. Daffodils are out all over the place, if only morels liked growing under these guys I would be rich! They just look and smell good while you are out searching for mushrooms. I did find an LBM near the daffodils but that's about it... 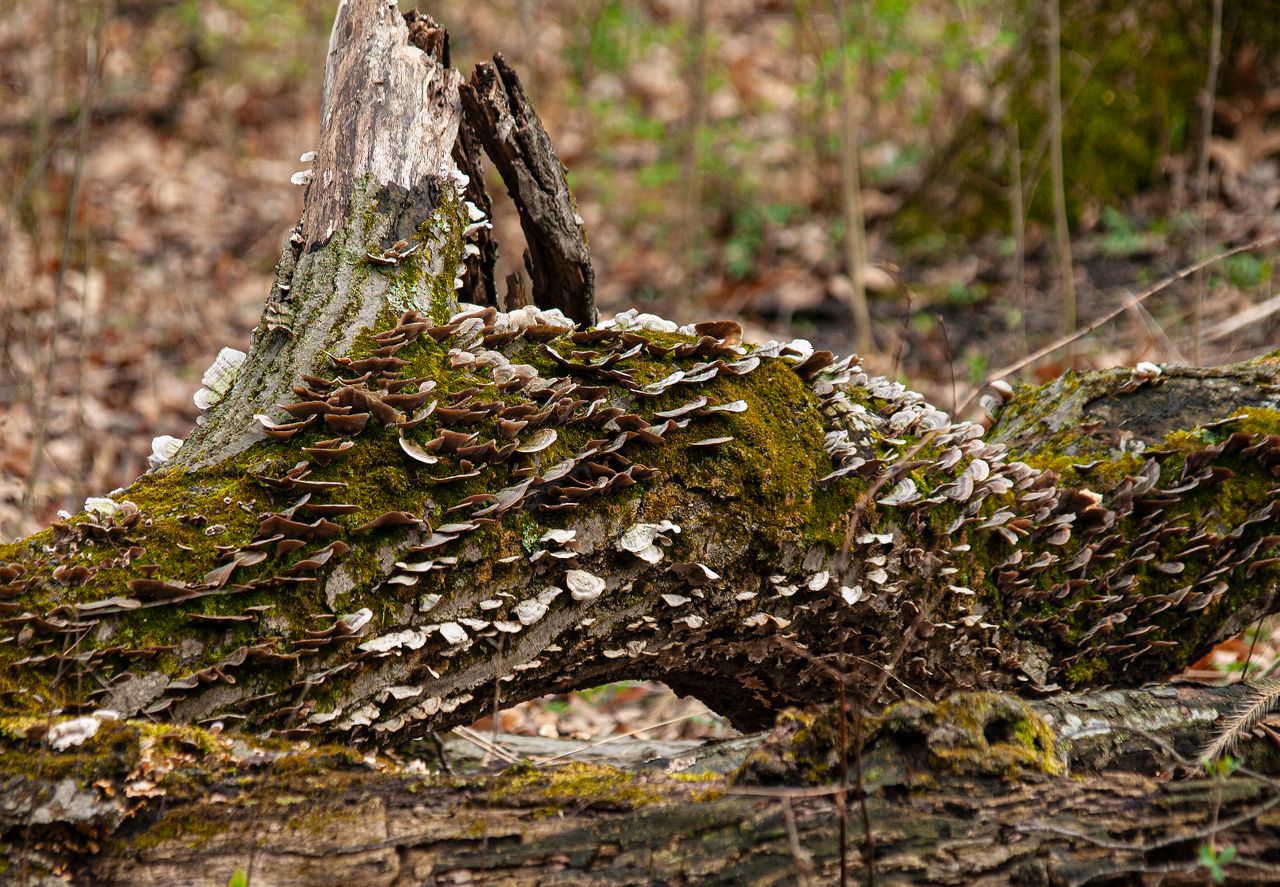 More polypores in this case stereum ostrea also known as false turkeytail. If only there was a use for this stuff, its all over the place over here. 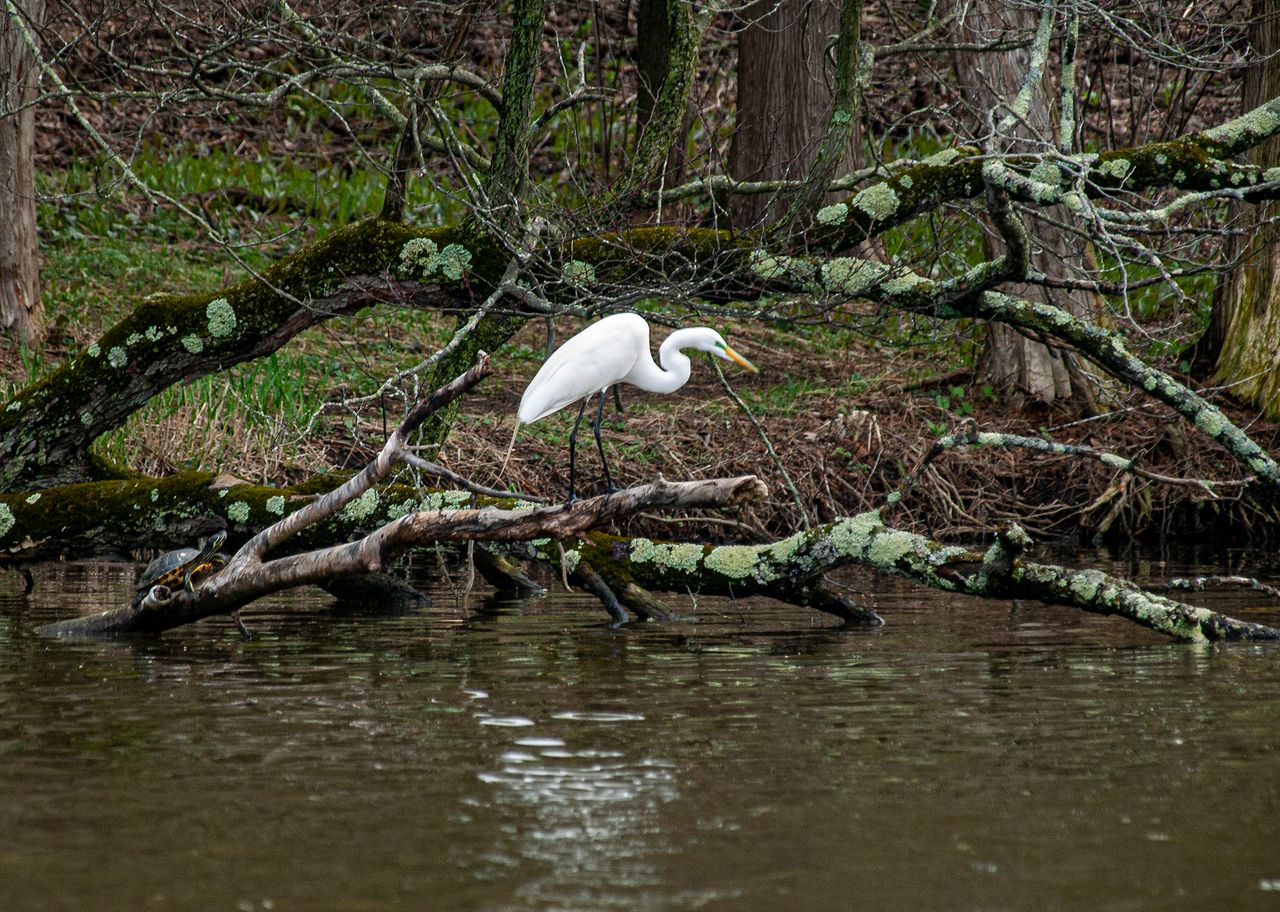 The last fungi I found was some lichen on a dead tree being guarded by a great egret. All this fungi is Mine! sqawked the egret, keep away human! I'm sure the egret was more interested in displaying his breeding plumage to a potential mate on this nice fungi covered tree. Plus he can also fish from here at the same time.

That's all for now, I'm heading out to the country this weekend so hopefully there will be some morel finds out there...