My Entry Disturbed Everything Everywhere

Hello everyone! I hope you will be well and good and will be enjoying nature. I am going to share some jokes here which happened to me. Image By Pixabay By ParentRap

As life is nothing without fun and amusement so we do different things which give us enjoyment. Similarly I had some things to share which will amuse you.

I am going to talk about my discord funny things. Yesterday there was a hangout arranged by @blackman15 in the ecency discord. Many people joined that hangout previously and they told me so I also wanted to join.

It was about to happen at 20:00 UTC and according to my local time it was going to happen at 12:00 at night. But I sleep earlier on a daily basis. So yesterday I made an alarm for 11:50 to join that hangout. But I woke up after the alarm at 12:00 and I ran to join the hangout. So I did some texts there as you can see here. And I was warmly welcomed by @blackman15 after 15 minutes. But it was my fate that before the joining of me it was going on but after my joining it stopped and no one came. Network problems arose at the end of the blackman15 as @melinda0101001 mentioned.

Then I joined a general chat in the @indiaunited discord server and we were talking about different aspects and saying different jokes to each other. At that time @punkblogs came and asked about the polycub token. He asked where I could buy a polycub token. So I told him you can buy it from that place where they are selling.

After that I moved to the other discord server @hivepakistan they were chatting and a girl ( @mishal-bajwa ) came there who just became online to tell that I can't join you guys . We asked the reason she said I am busy in my nikah. You will be surprised that I even accepted that playing car and asked her to send me. Everyone started laughing and she also how sticky I am.

After that I was checking the discord of the Hive Learners and was observing the different sections provided by the team. There was a #open-support-ticket in the support section. I was not aware of how it works and for what purpose it had been made. So I suddenly click on the Create Ticket and the ticket was created and now I was waiting for what will happen next. So after waiting for a while I saw there @peter-parker and I was surprised by what the hell I had done. Unknowingly I disturbed him he said hi @uop and I was feeling ashamed now what should I say to him. I told him it was a mistake and I was finding the way that I could close the ticket. After some efforts I stopped that ticket. I was just checking but it disturbed and then I ran away.

It was just like you were passing by the house and you rang their door bell and then ran away. Let me tell you that in my childhood i did it many times. Whenever I passed by a house having a door bell with my friends, I rang and then ran away 😂.

So these are some funny things which happened to me in the discord servers while interacting with the hivers. 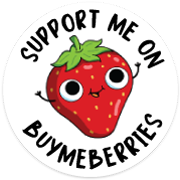