Hail to the Traveling Hive!

Ok it's Flashback Friday and I am headed down memory lane and delving into my old scrapbooks of travels in the pre digital camera/ social media era.

Last week i finished at Meteor crater and this week i pick up from there and head to the Grand Canyon in Arizona. We never expected to get this far and it was all very exciting driving through the USA in my Grandmas old 1978 Chevy Caprice. One of the things that struck us while we were there, and we were there for 8 days, was just how unbelievably amazing it was. I mean a lot of places don't really live up to the hype, but this, boy oh boy the big old GC absolutely does. It has an unreal immense quality about it that the mind just can't quite take in. It's shear size is difficult to comprehend. 2 Canyons for the price of one! It's when you realise that what looks like a field of grass on a plateau in the distance is actually a forest you start to understand that the scale is mind boggling. 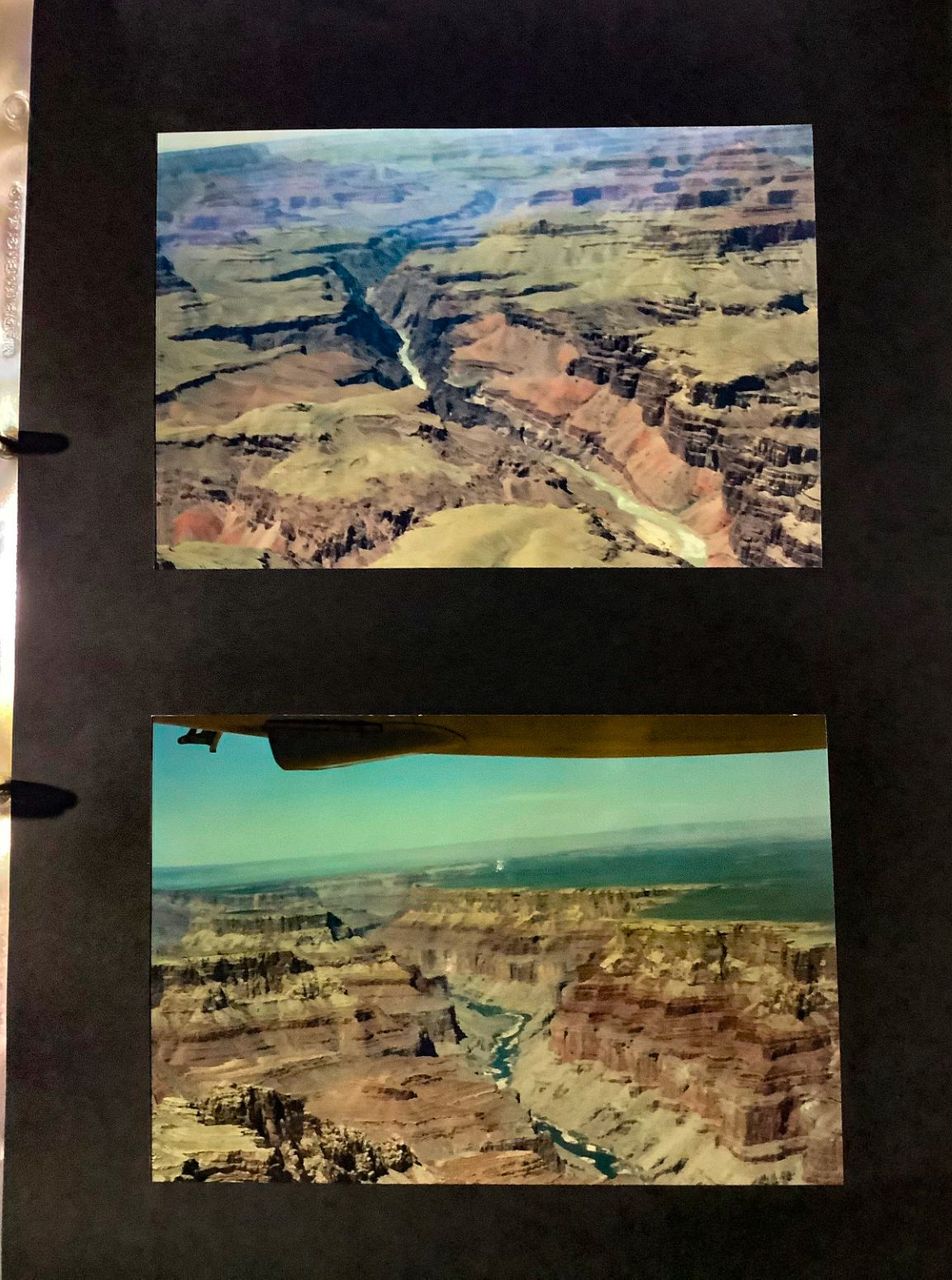 We couldn't resist taking a flight over it despite the constant whispers of planes having crashed in the past. Glad we did it was amazing. Oh what i would have given for a digital camera back then. A place i would love to return to one day and spend a lot of time in as I believe it has a lot to offer that these pose in front of the backdrop photos really can't convey. We had been told to go and see both Bryce and Zion National Parks to the north in Utah after we had been to the Grand Canyon and we took that advice and were not disappointed, well only in that we just didn't have enough film in the camera at the time or indeed the budget to take that many photos. Truly amazing places with completely different geology to each other and the Grand Canyon. Like being on another planet. One of these images is a postcard i bought as i was out of film and the other the other is the obligatory atempt to look cool (and fail) in an amazing landscape. And then on to what is another planet. Las Vegas but....