rt39568
a month ago
inHaveyoubeenhere

I am up in Niigata again for our gem and mineral show. For those of you who don't know, Niigata is a large city on Japan's West Coast.

We arrived in town yesterday afternoon, offloaded our minerals, checked into our hotel and then got to the good part, looking for a place to eat. We were thinking of steak or yaki niku bbq, but we saw this interesting chicken place and decided to give it a try. The name is Gaburi Chicken which translates to "Big bite" and we would find out it's chain with locations all over Japan. One thing you notice about Japanese restaurants is they spare no expense in the design & decor. Totally different than boring American eateries. I honestly can't say though what style this chicken place was going for, perhaps French Country, but it worked! 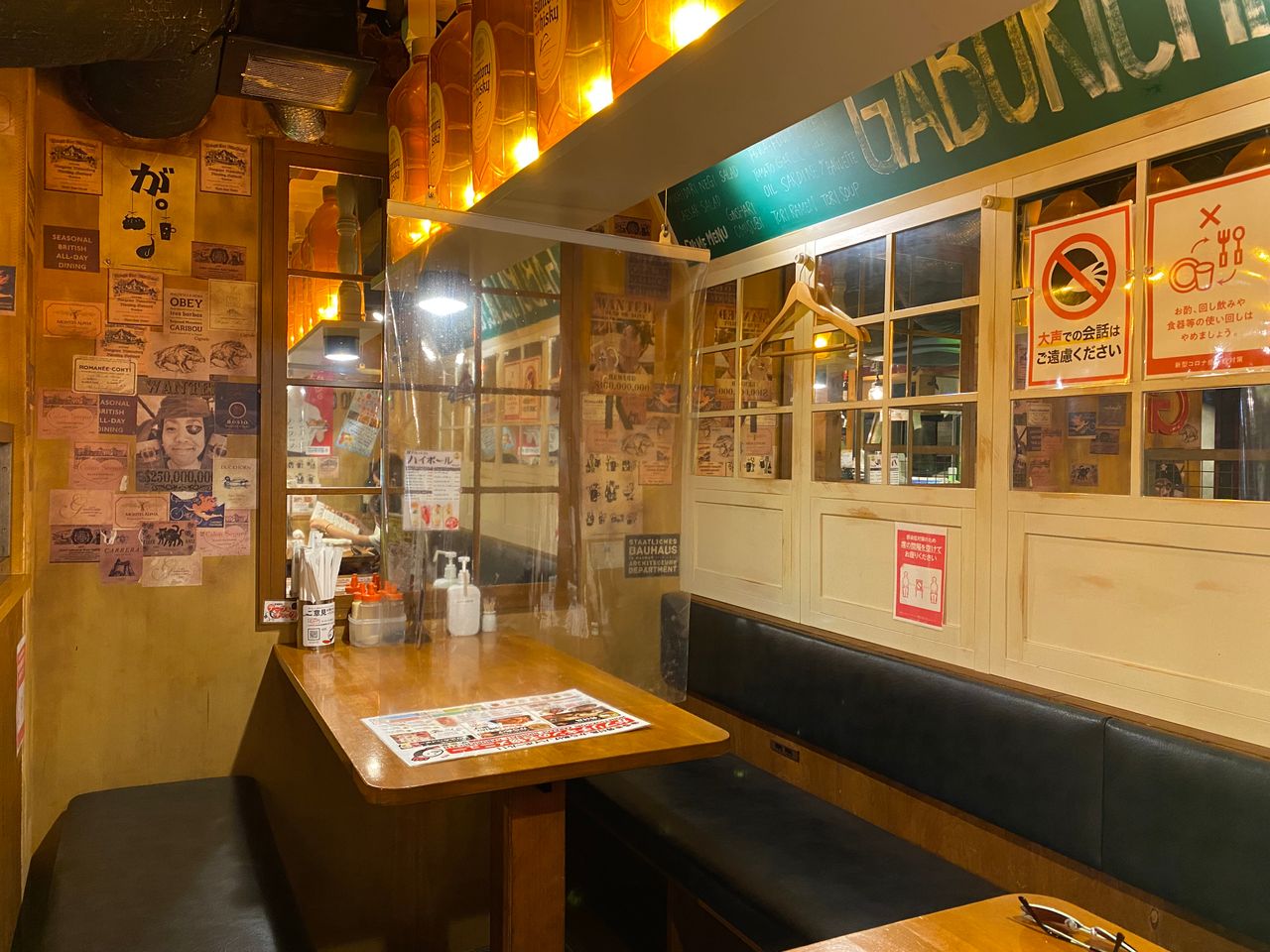 The first order of business was to quench our thirst after a long drive and working at the show. 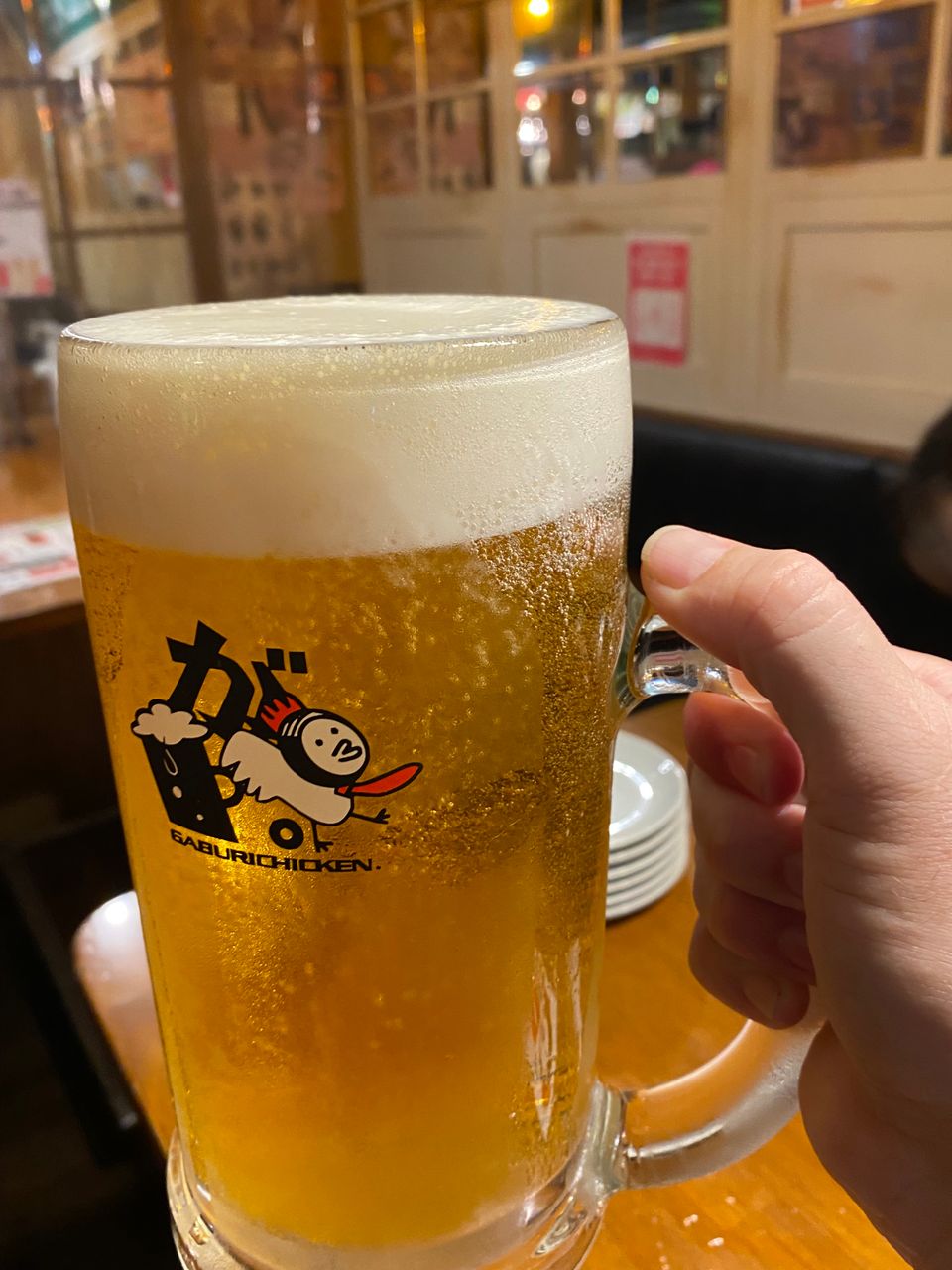 That's no ordinary beer though. That's the Men's Large Beer, much bigger than the large beer. In comparison this is a normal sized drink vs. the Men's size. 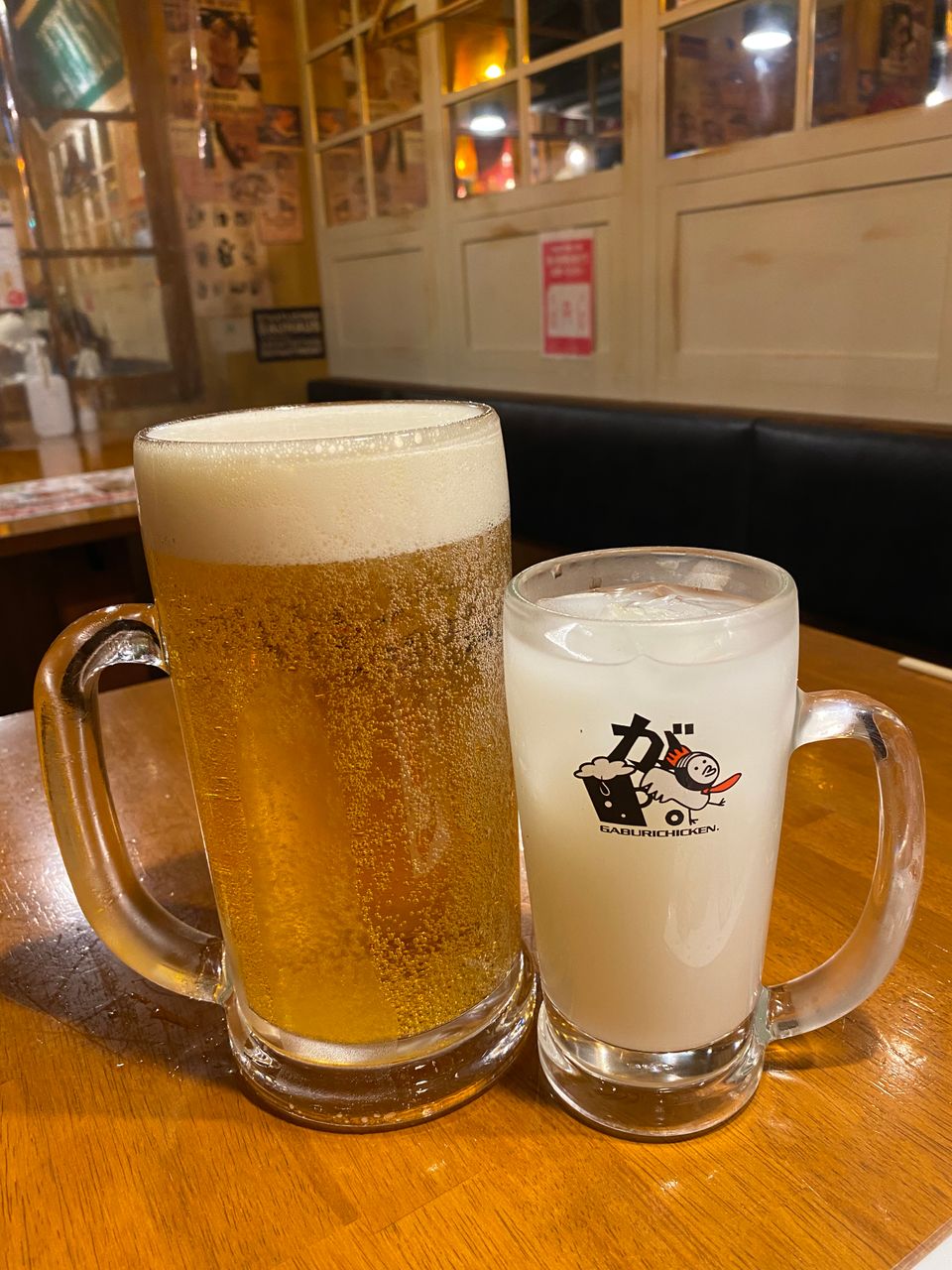 The menu is all chicken and most of it fried karage style. Something Americans might find odd is the parts of the chicken Japanese like, like nankotsu or cartilage. We however stuck with just breast and thigh meat. First up was the more egg, egg salad. Essentially an egg salad with a lot more egg. What made it stand out though was the use of thicker cut ham. Usually in egg salads in Japan the ham used is a cheap, thin sliced lunch meat type of ham. This egg salad was done right though by using that thicker meat, and it was delicious.

Then our first round of chicken came out, small pieces of thigh and larger pieces of breast. I forgot to mention, when you order your chicken you can pick the toppings or dipping sauces. We chose a yuzu-mayonaise and sweet tartar sauce. Now, the chicken by itself was really good, very juicy and light enough you could eat a lot of it. When you added the dipping sauces to the mix it was a whole different level of delicious.

The yuzu mayonnaise is a flavor I gave never had before. Yuzu is a citrus fruit that originated in China. The combination of the yuzu & mayonnaise was amazing, but a little too salty. I'm not sure if that was by design or accident, but it left an impression with us that we needed to go home and start trying to replicate it.

The tartar sauce was incredible too. It was homemade with chunks of egg and a mysterious sweet sauce that left you wanting more and more! We ordered several more pieces of chicken with the tartar sauce.

In addition to our order we received all you can eat cabbage with sesame oil. A typical dish you snack on while drinking.

As I mentioned, there are Gaburi Chicken all over Japan. If you ever make it over here and are looking for a reasonable, delicious place to eat, look it up. Their website is here https://gabuchiki.com/menu/