In the Togo Voodoo Market: Come get your super power

Togo and Benin are two small countries between Ghana and Nigeria. They are where the Caribbean religion of Voodoo originated from and is still largely practiced in the the Carribean, and also in these two countries in West Africa. 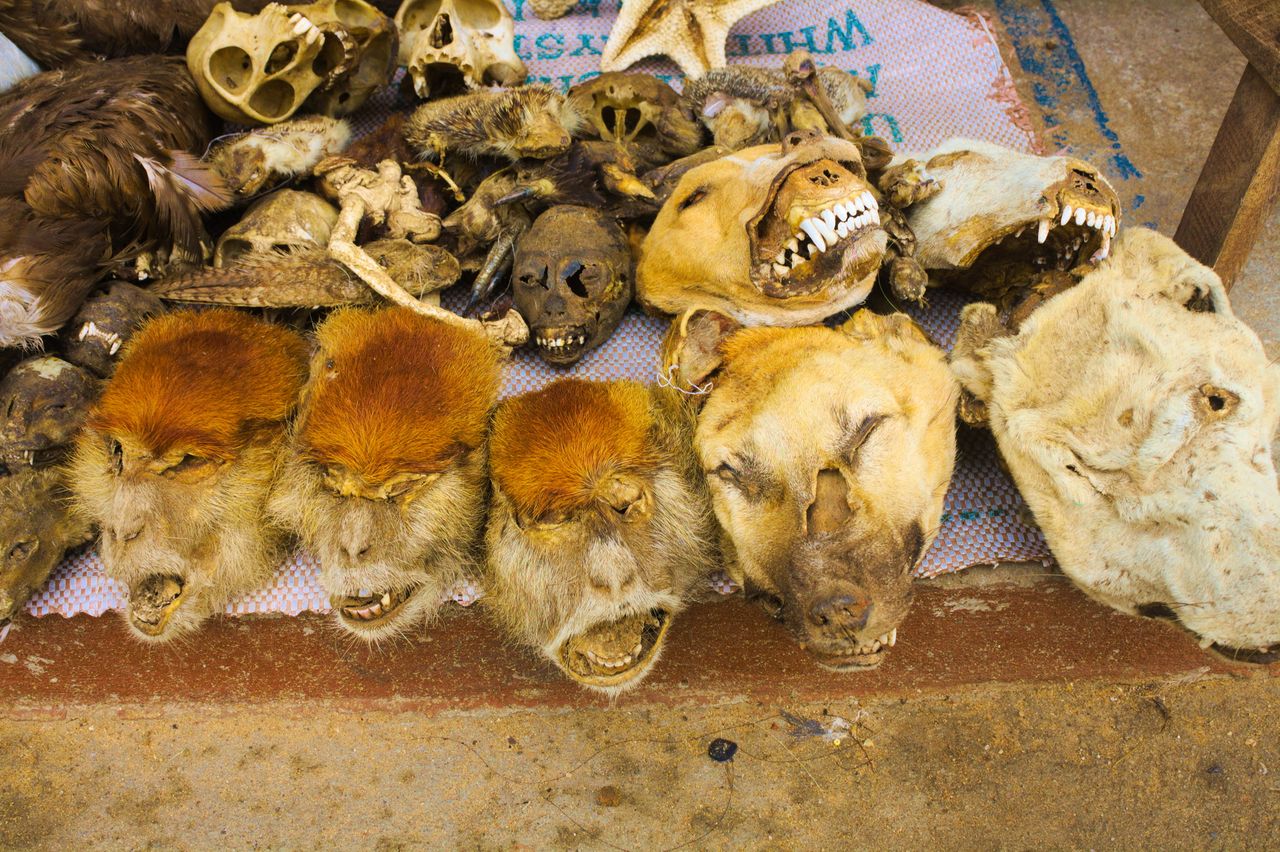 Voodoo is a mix of polytheism, totenism, Animism and Ancestralism. Basically the spirit world lives along side the realm we live and the spirits effect every day life through their actions. Trees, animals, rocks, rivers mountains, and many other things can be spirits. This effects how people, respect, give reverence, and sacrifice to these spirits in different ceremonies, and practices.

There is a lot of concentration in modern practice around different objects or totems that hold those spiritual powers and using those to enact some sort of power spiritually or in the reality of life around you. We are all probably familiar with the voodoo doll and that is one example of this.

Voodoo is the creolized and new world way of saying Vodun which mean spirit in Ewe, Fon, and Gon languages which are tribes that live in Ghana, Togo, Benin, and Nigeria typically along the coastal and green belts of these countries.

Today I will be showing you inside the voodoo market in Lome, Togo. Here people go to by things of spiritual power. Sometimes in a fun way called African Electronics. So you can think of it as a spiritual electronics market if you will. There are also voodoo practitioners there and shrines so you can get the results you like from the objects and give offers to additional spirits. Bird and animal parts, and the seller posing with some voodoo dolls. Everything here is forsale. A dried iguana this is supposed to be very good for raising the manhood according to their beliefs. Posing with the skin of a large Boa snake. An army of voodoo dolls. Artwork on the interior wall of the market. Another seller with his ware. A large voodoo doll. The objects nailed to it are snake vertebra and cowrie shells. A necklass of sneak vertebra. A basket of sneak heads. The shrine with the priest or juju man

Thanks for taking a look at something that is very much out of the sphere of understanding and daily life for most of us. Hope you enjoyed your tour through the African Electronics market.