The beauty of contrast - Karst field and the Valley of Heroes

ladysnowhite66
8 months ago
inPinmapple
Contrasts, wild and authentic nature, beauty, sudden changes in landscapes, valleys and plains, then suddenly fast rivers or calm lakes appear, straits, gorges, and massive giant peaks - in short, this is Bosnia and Herzegovina, wild, proud, authentic !! Little to say we were fascinated by the scenes we came across. By the way, Bosnia and Herzegovina owe all the beauty of nature to the spacious limestone masses of the Dinarides, which were broken by tectonic movements, and the water that slowly and persistently shaped them. 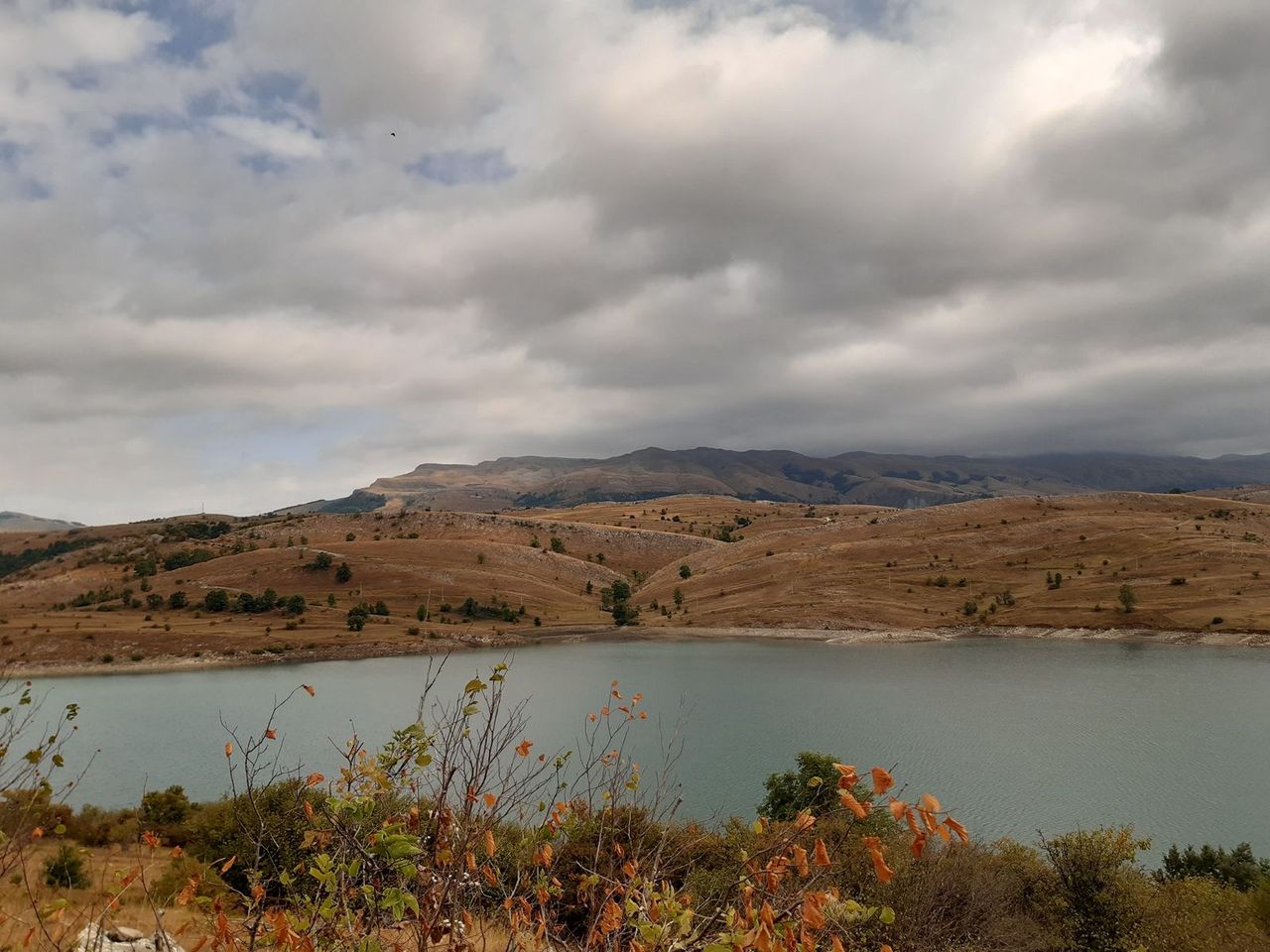 The spacious and grassy surfaces of the Gatacko field and the slowed-down herd of cows that walked leisurely on the road and slowed down the traffic in some places irresistibly reminded me of Argentine pampas, but that's where all the similarities end. 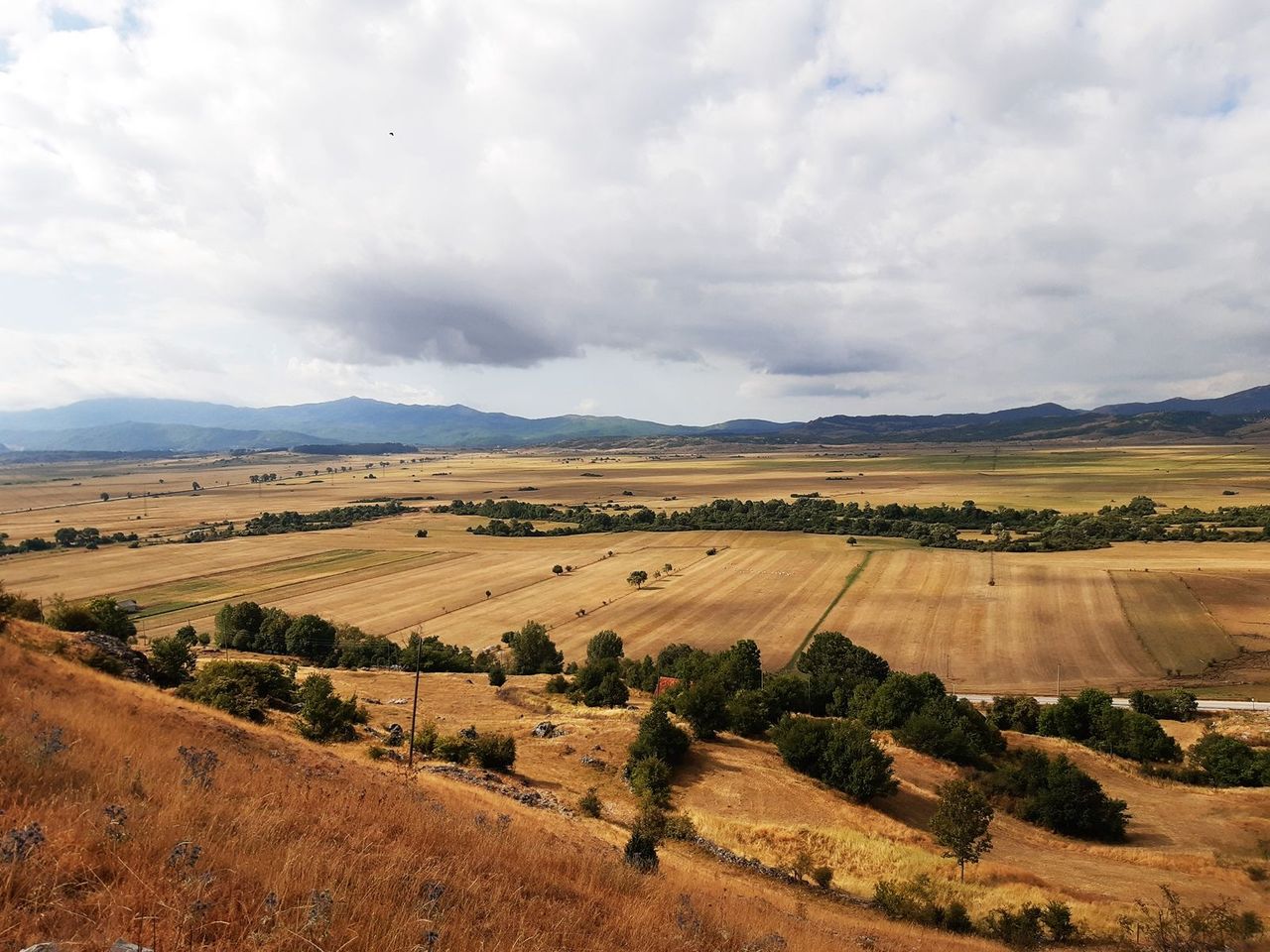 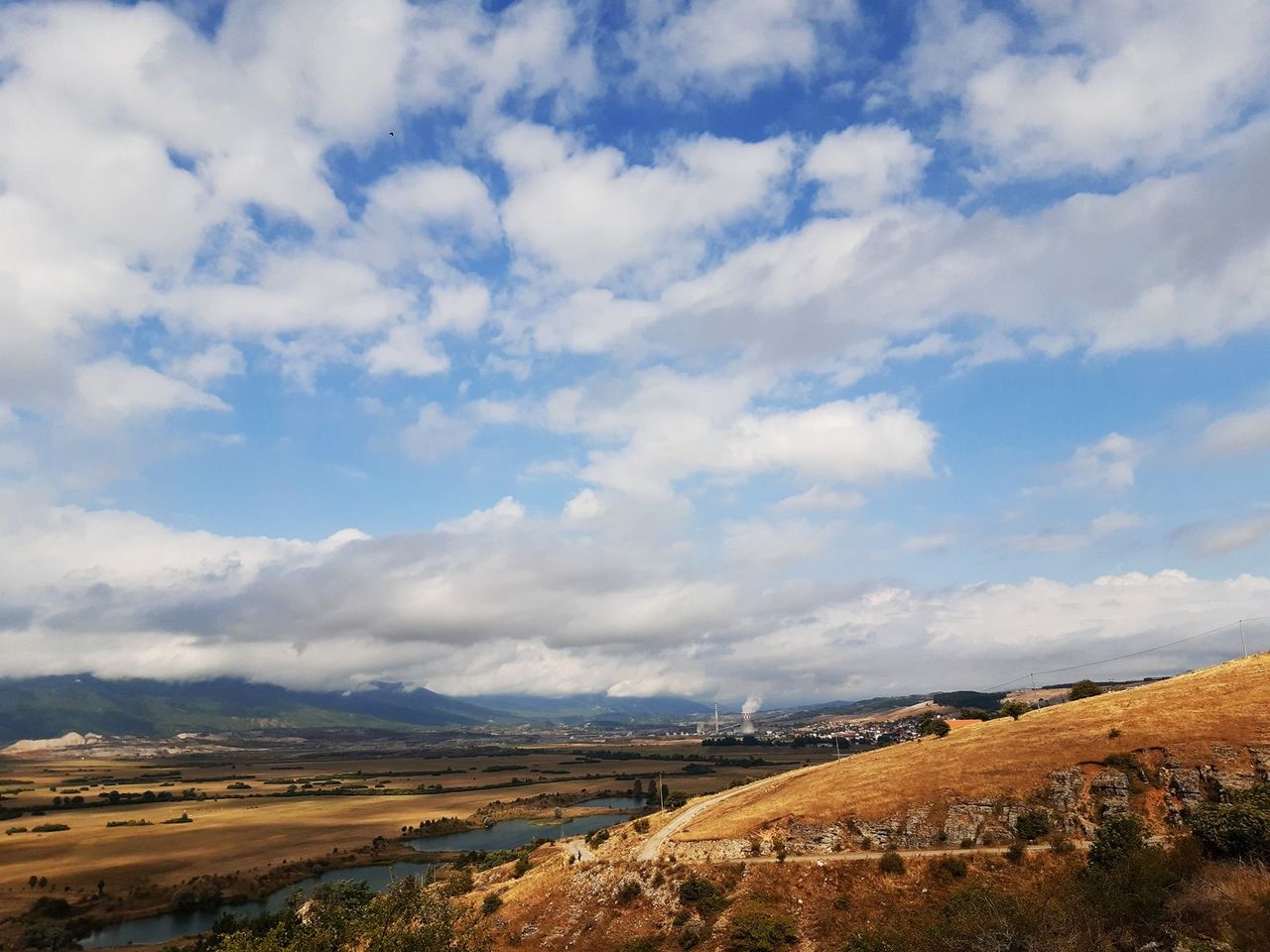 Gatačko polje is a typical karst field. This spacious, fertile, and flat depression with steep sides, with two rivers sinking at the ends of the field, and occasionally flooding the field, is located between the mountains Bjelasnica and Lebršnik, at about 1000 meters above sea level.

Karst fields are the largest karst form of relief and as such are not common, because their formation requires a large, deep, and clean limestone mass, such as in the Dinarides. Such limestone is not common, it is found in Jamaica, Asia Minor, Cuba, the Peloponnese.

The Dinaric karst was studied by the Serbian geographer Jovan Cvijić, who introduced the word karst into scientific terminology, as well as the karst forms of relief that he studied in these parts. 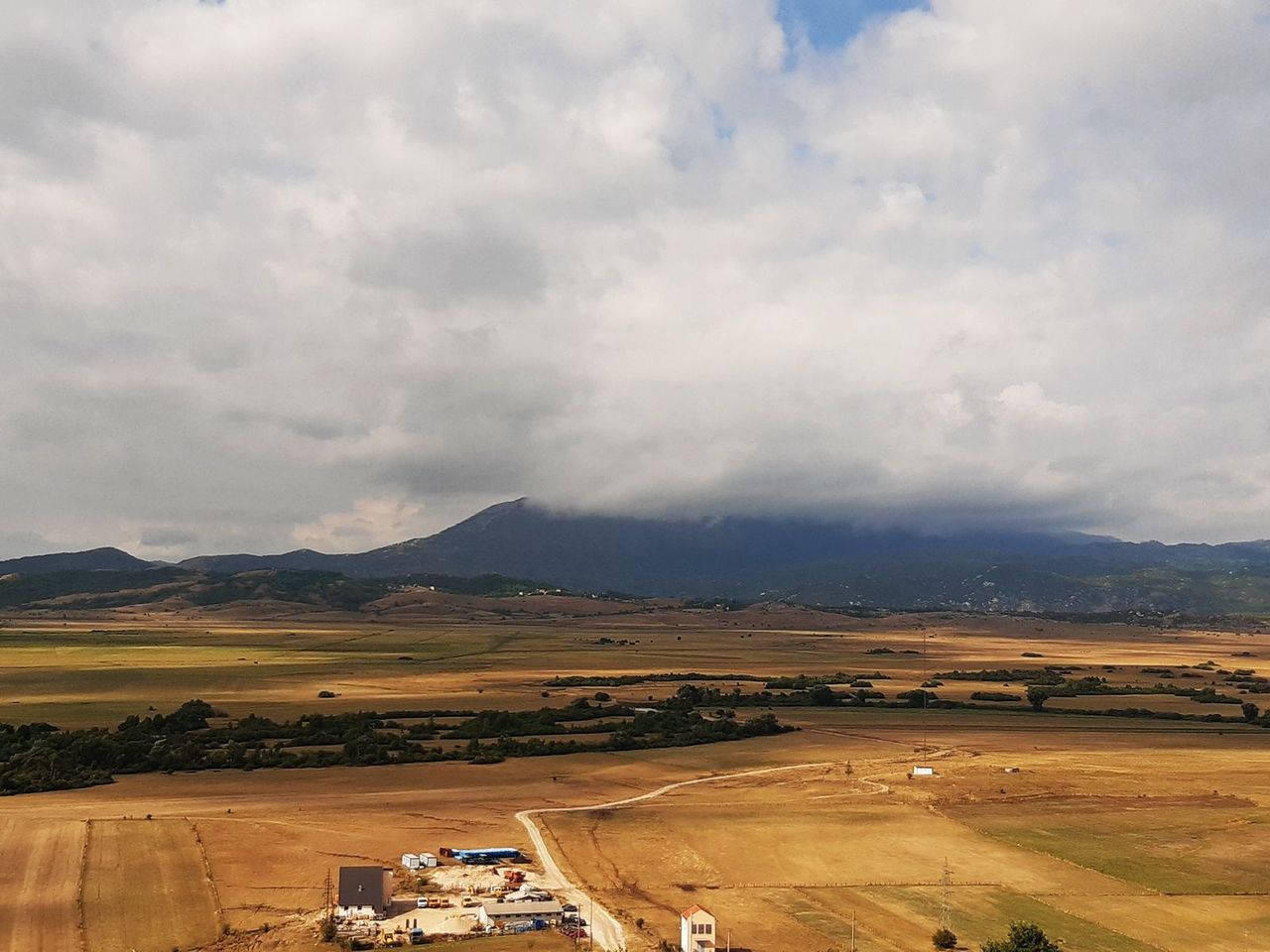 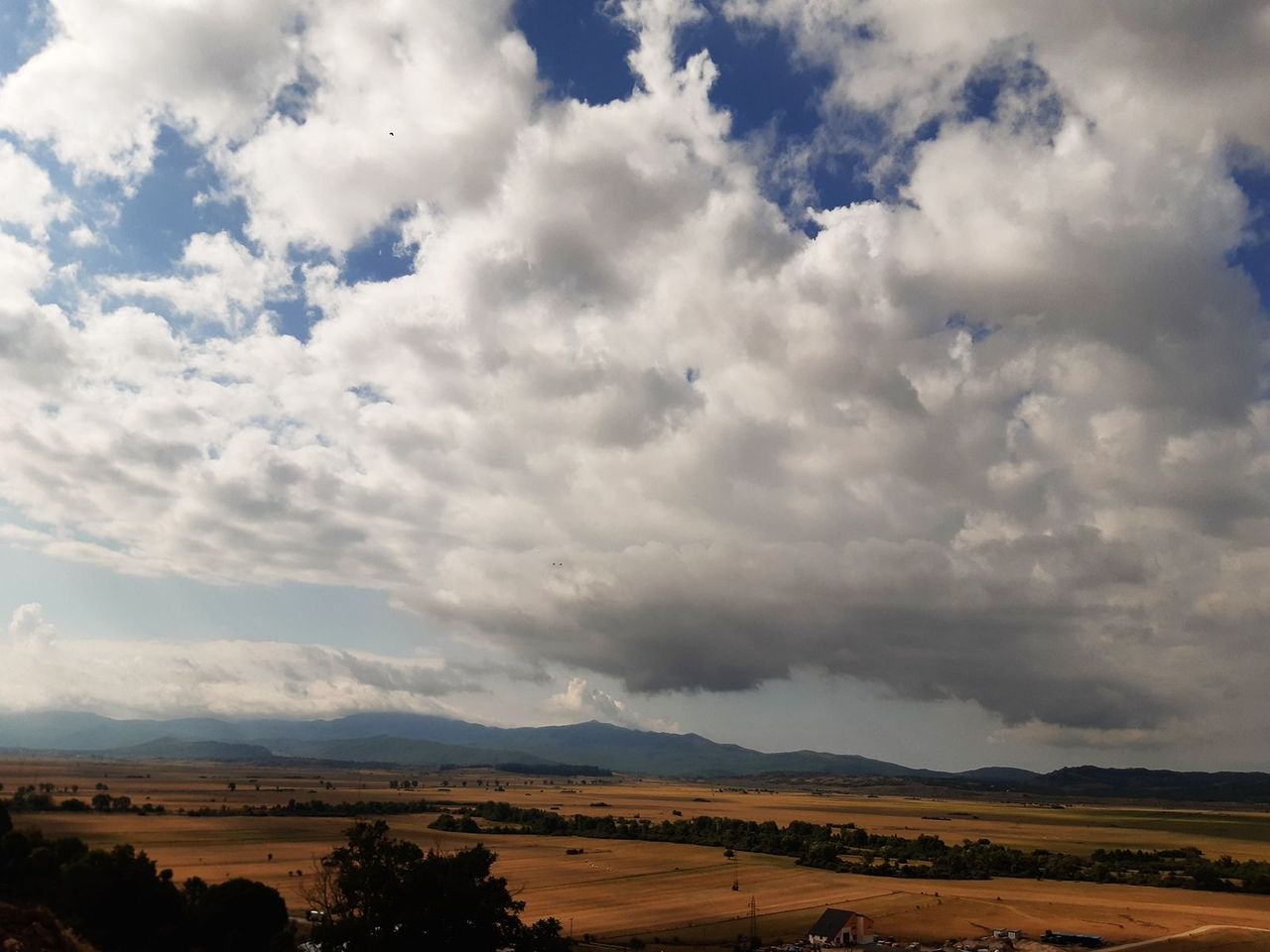 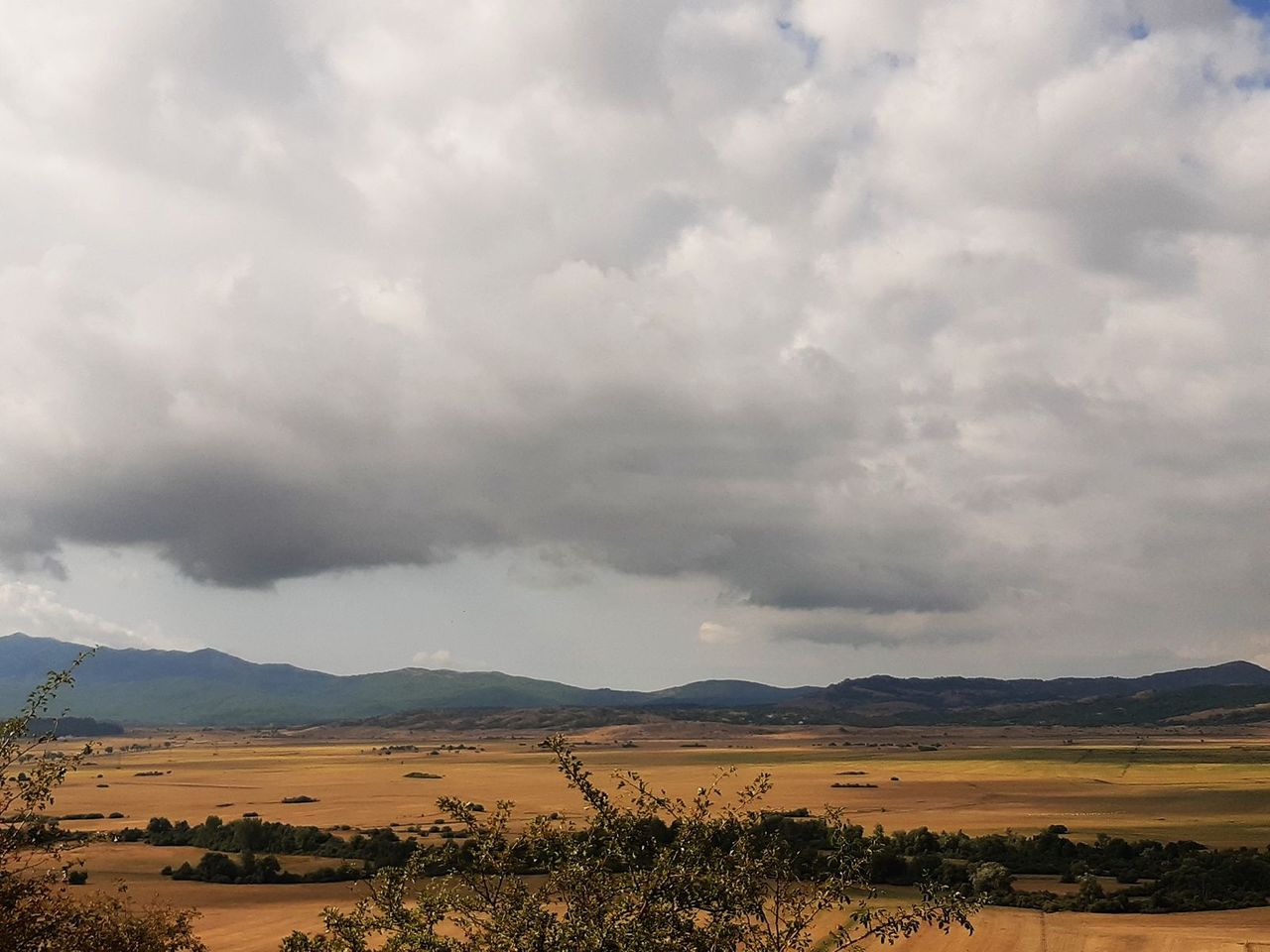 Not far from Gatacko polje, the construction of the dam created the largest water accumulation in the municipality of Gacko, the largest settlement in the Gatacko field - Lake Vrba. This beautiful lake is located at 1060 meters above sea level. Lake Vrba is the reason why we turned off the road and rested from a long drive looking at its calm surface. A picture speaks louder than words. 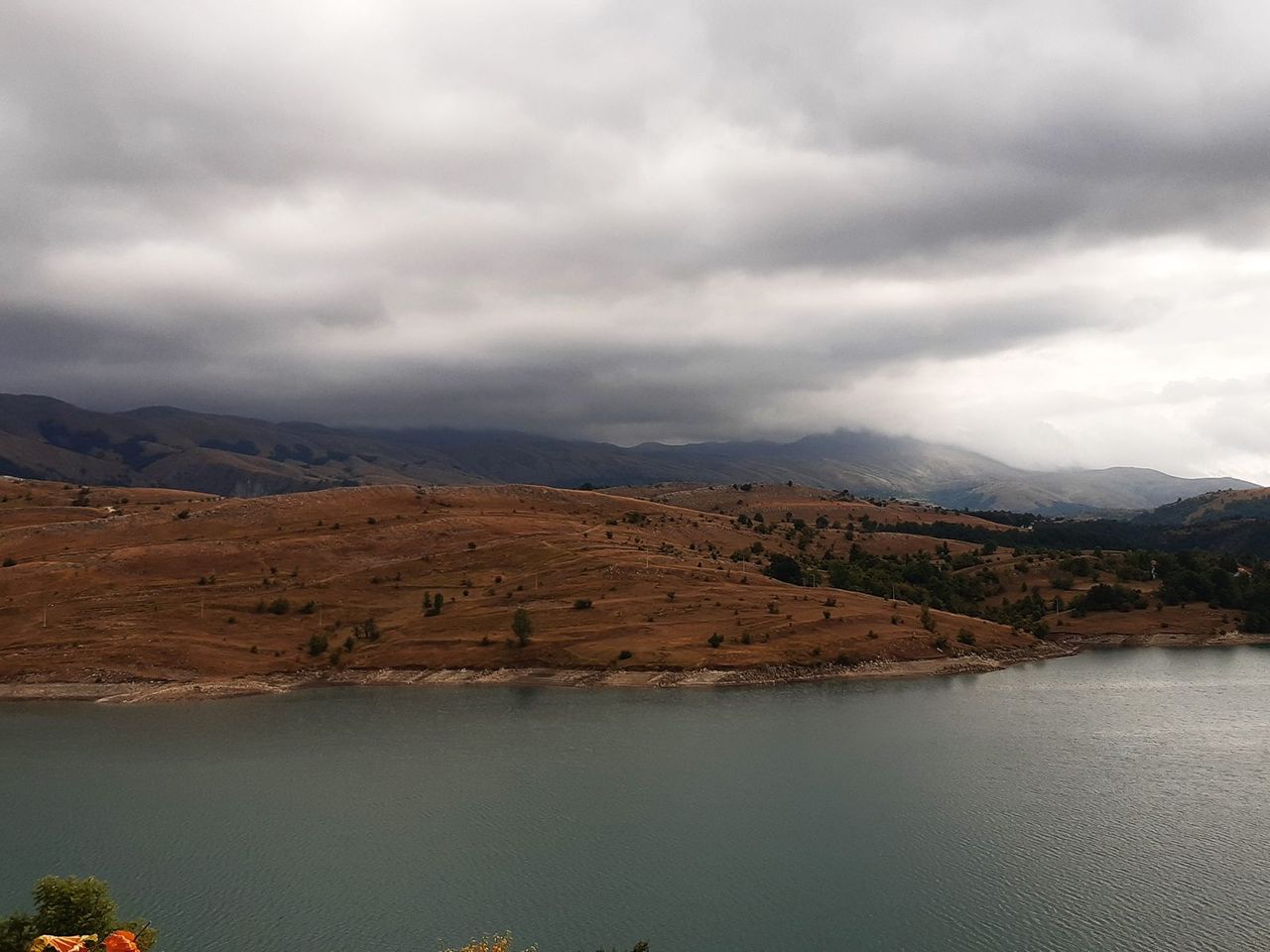 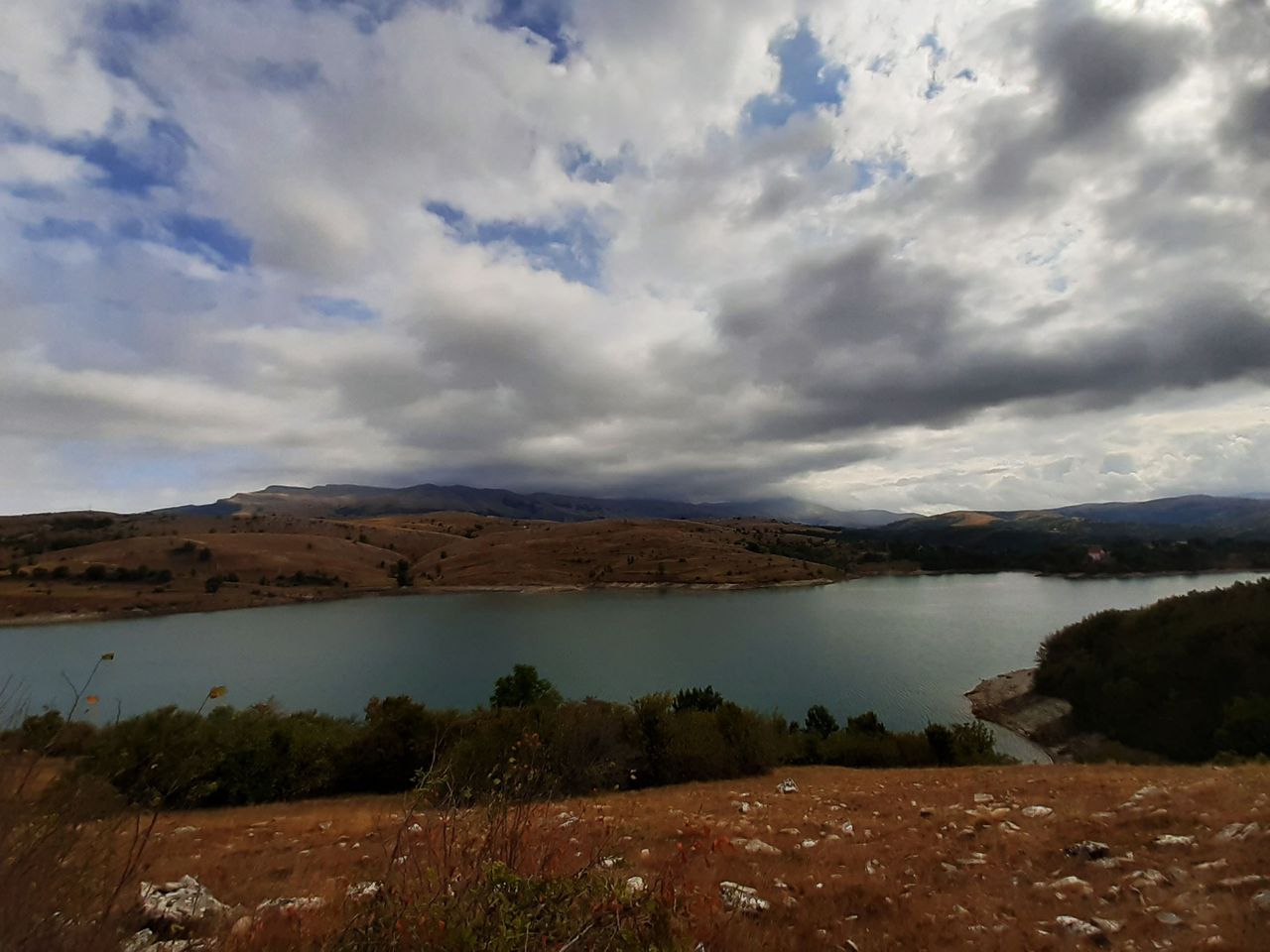 Lake Vrba is a picnic spot for the locals, it is warm and suitable for swimming and fishing, but that's all for now. There are plans to make it better exploited for tourism, but for now, enjoying the beautiful views is the only thing this lake has to offer. That was enough for me.

Valley of Heroes - "Nobody died there who died" 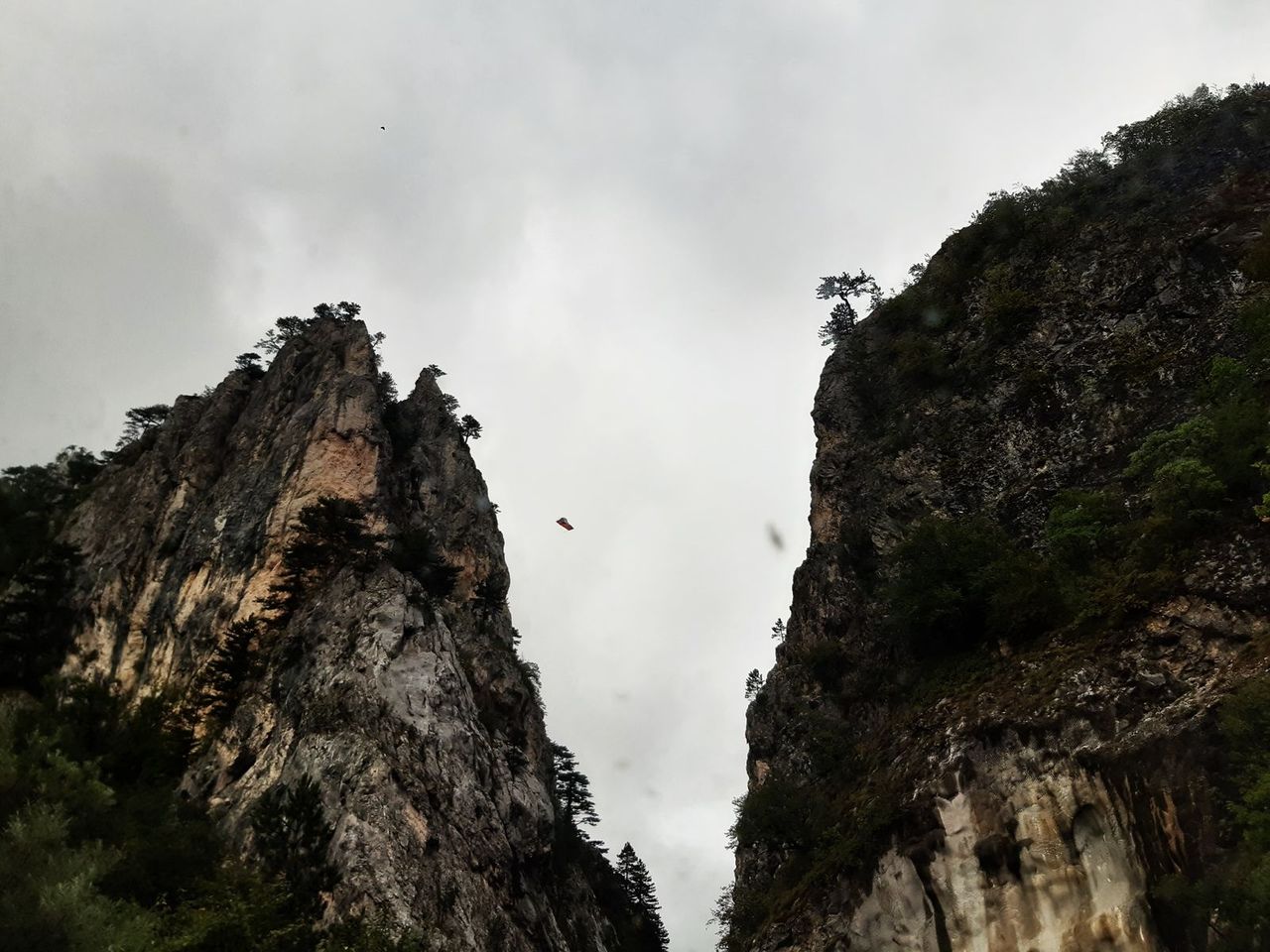 "Are you nostalgic" - a thin tall man asks me, obviously one of the organizers of the museum dedicated to the once-famous Valley of Heroes.

"Well... no, I was born when Tito had already died" - And I really was not a witness of Tito's time, when the lifelong president of Yugoslavia was the master of life and death, his dictatorship and ideology. When you mention Tito today, opinions are different. Someone is very nostalgic for the time of the strong middle class. But on the other hand, it was a time when life was lost due to mispronounced words, well-organized secret services, banned books, and songs, exiles intellectuals, all for the glory and glorification of one name. 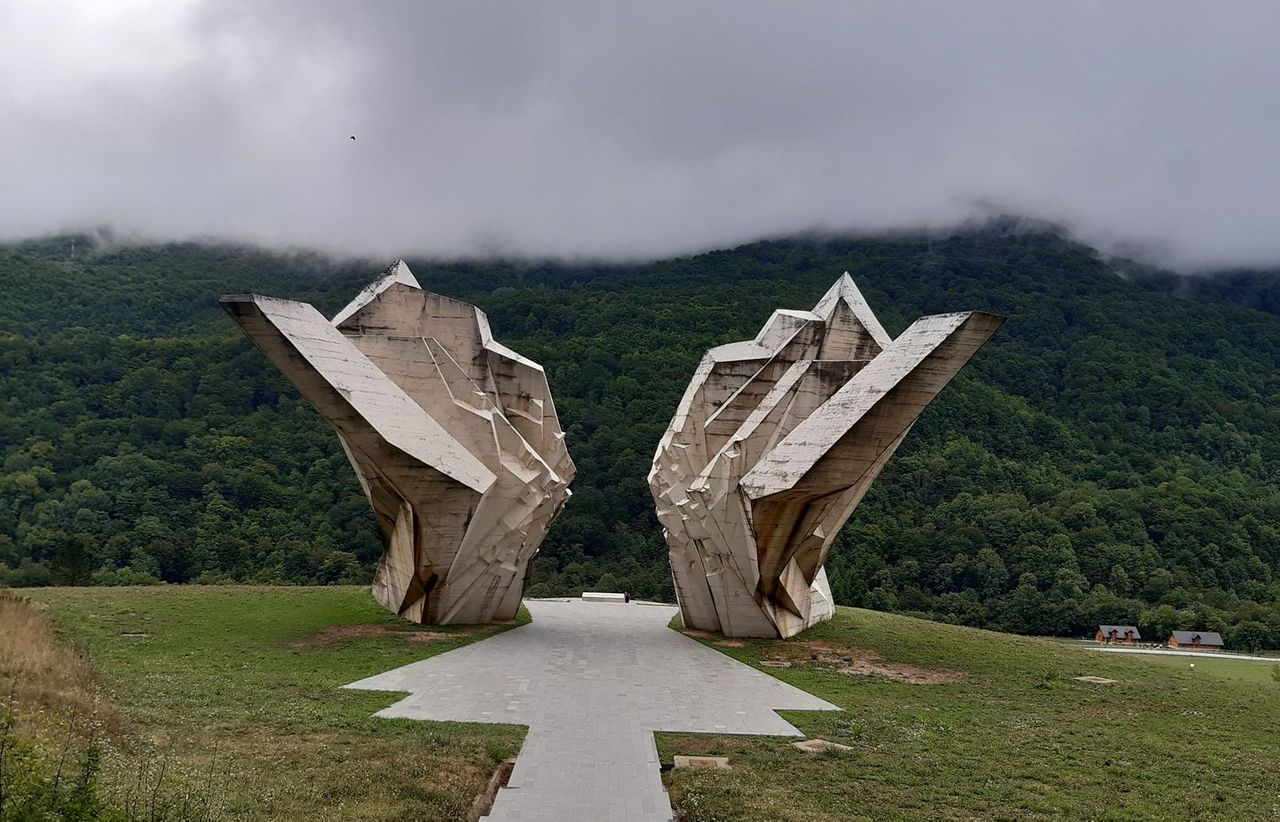 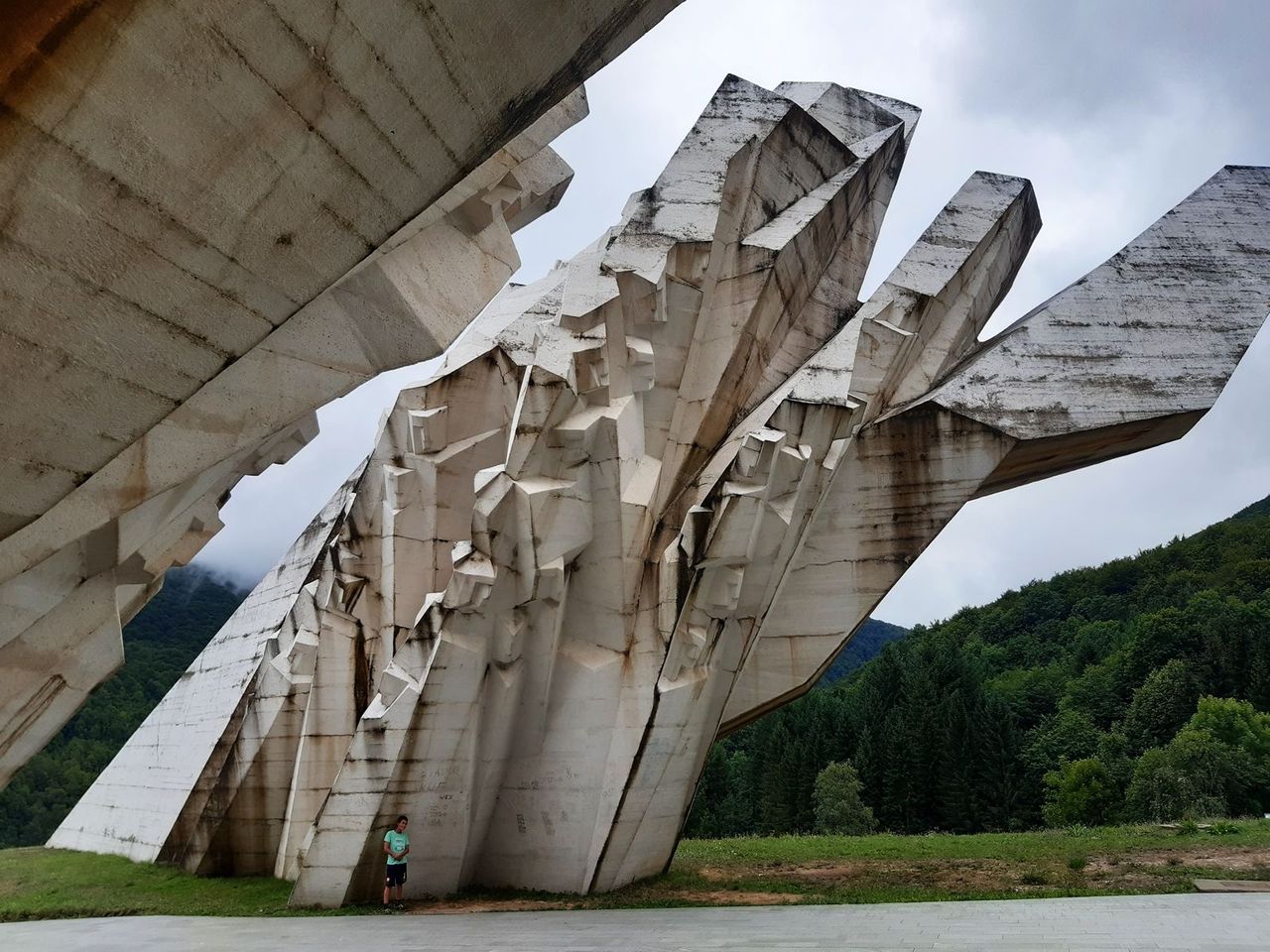 In this beautiful place, between Zelengora, Maglić, Vučevo, and other peaks, not far from the largest Balkan virgin forest Perućica, there is an impressive and huge monument, as well as a memorial ossuary with 3301 killed partisans in the battle of Sutjeska in 1943. This place is called symbolically "Valley of Heroes" because in the unequal battle between 120,000 German soldiers and 20,000 partisans that lasted a month killed more than 7,000 partisans. 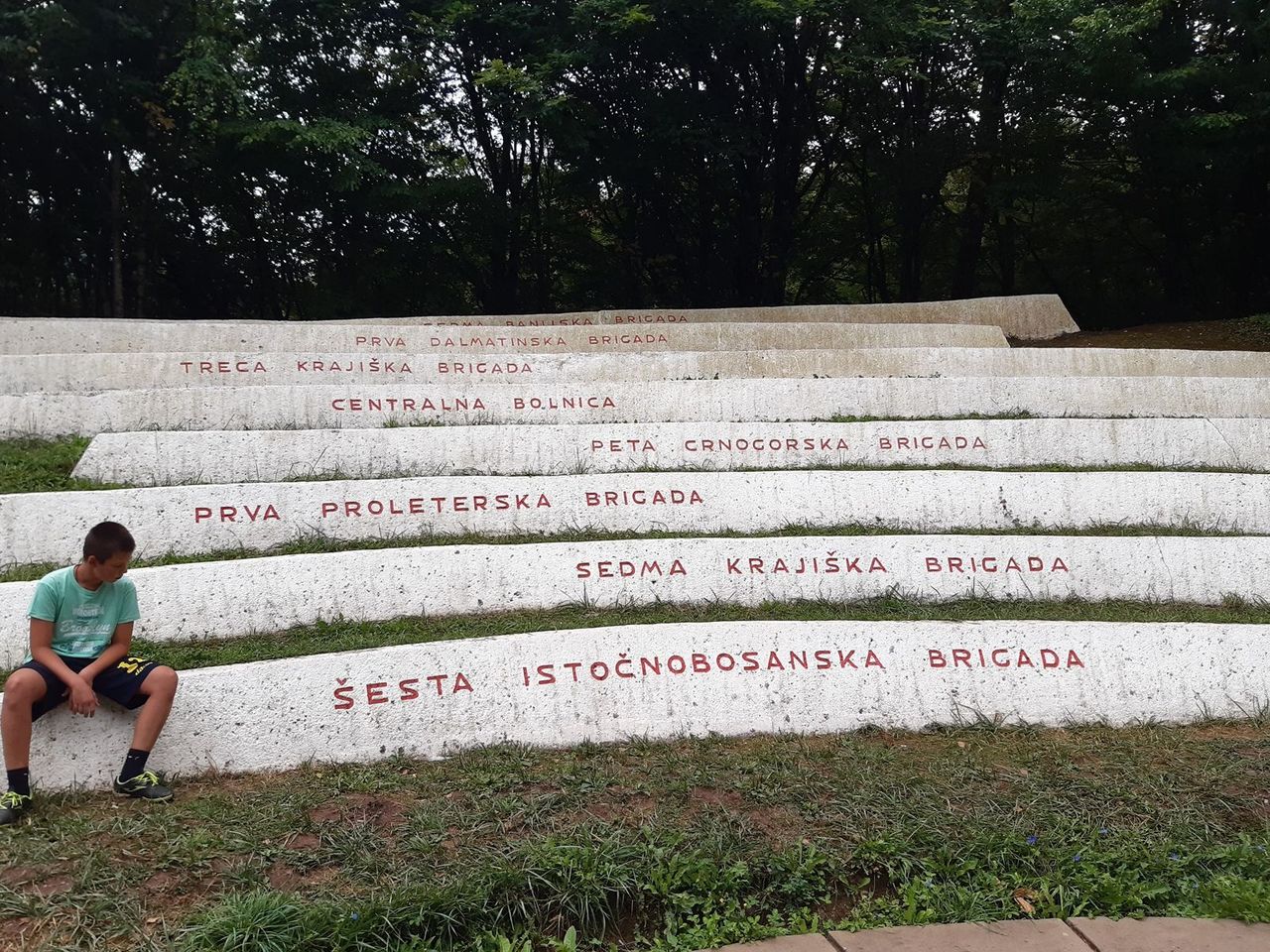 Huge concrete monuments made in the real-socialist style were a symbol of the fight against fascism and in a way part of the ideology that was built around Tito, the supreme commander and lifelong president of Yugoslavia. There are approximately over 15,000 of them in the former Yugoslavia, and this monument is the most impressive of all. 19 meters high, presented in the shape of huge wings, symbolizes the fight for freedom.

It is estimated that this monument was visited by a million visitors a year, and today it is almost forgotten. Every time has its heroes. Tito died a long time ago, Yugoslavia fell apart in the most brutal way, and two huge white wings are waiting for some new times and some new tourists. And indeed, there are more and more of them. When we were,for example there were tourists from China and Russia. 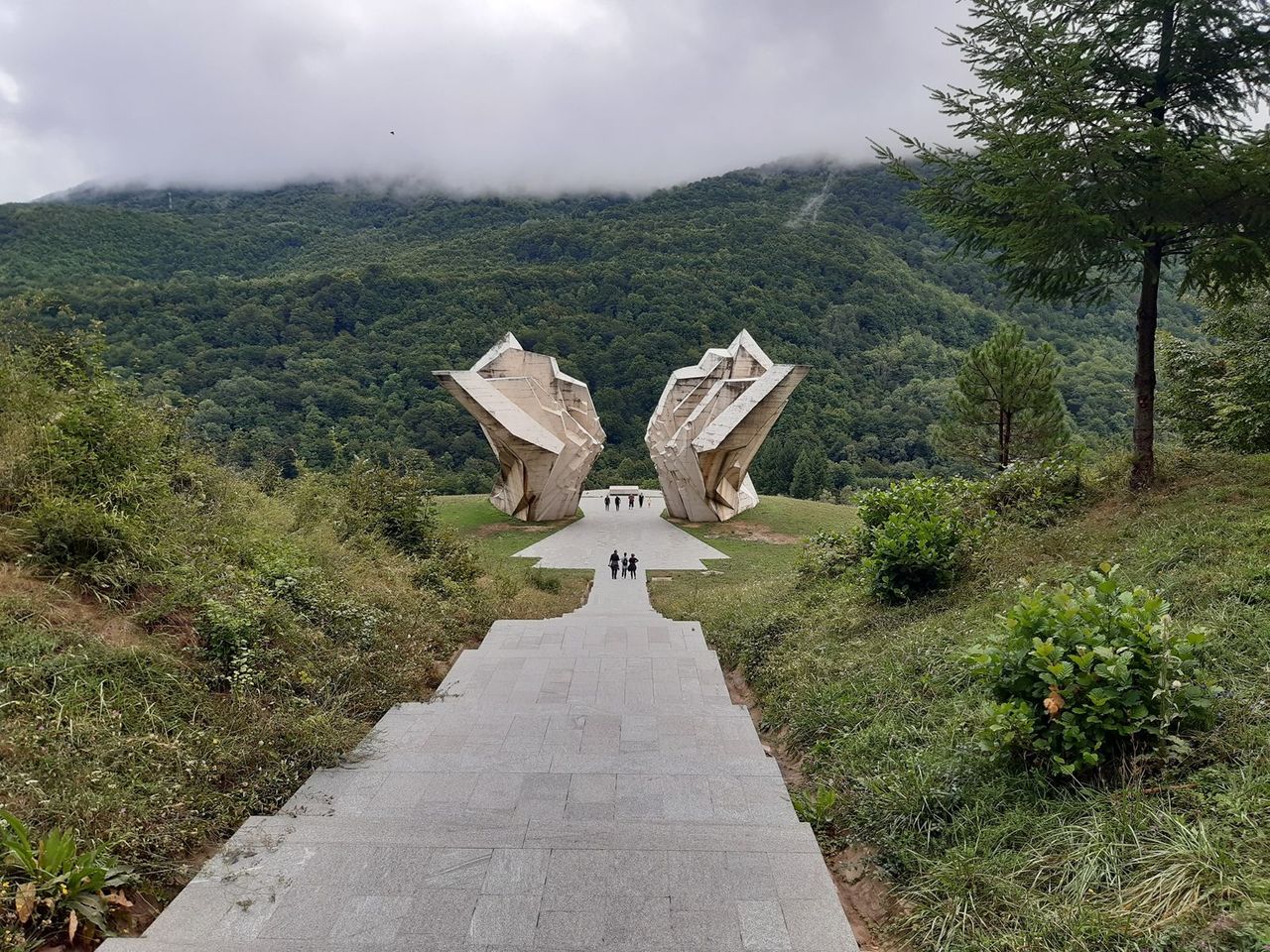 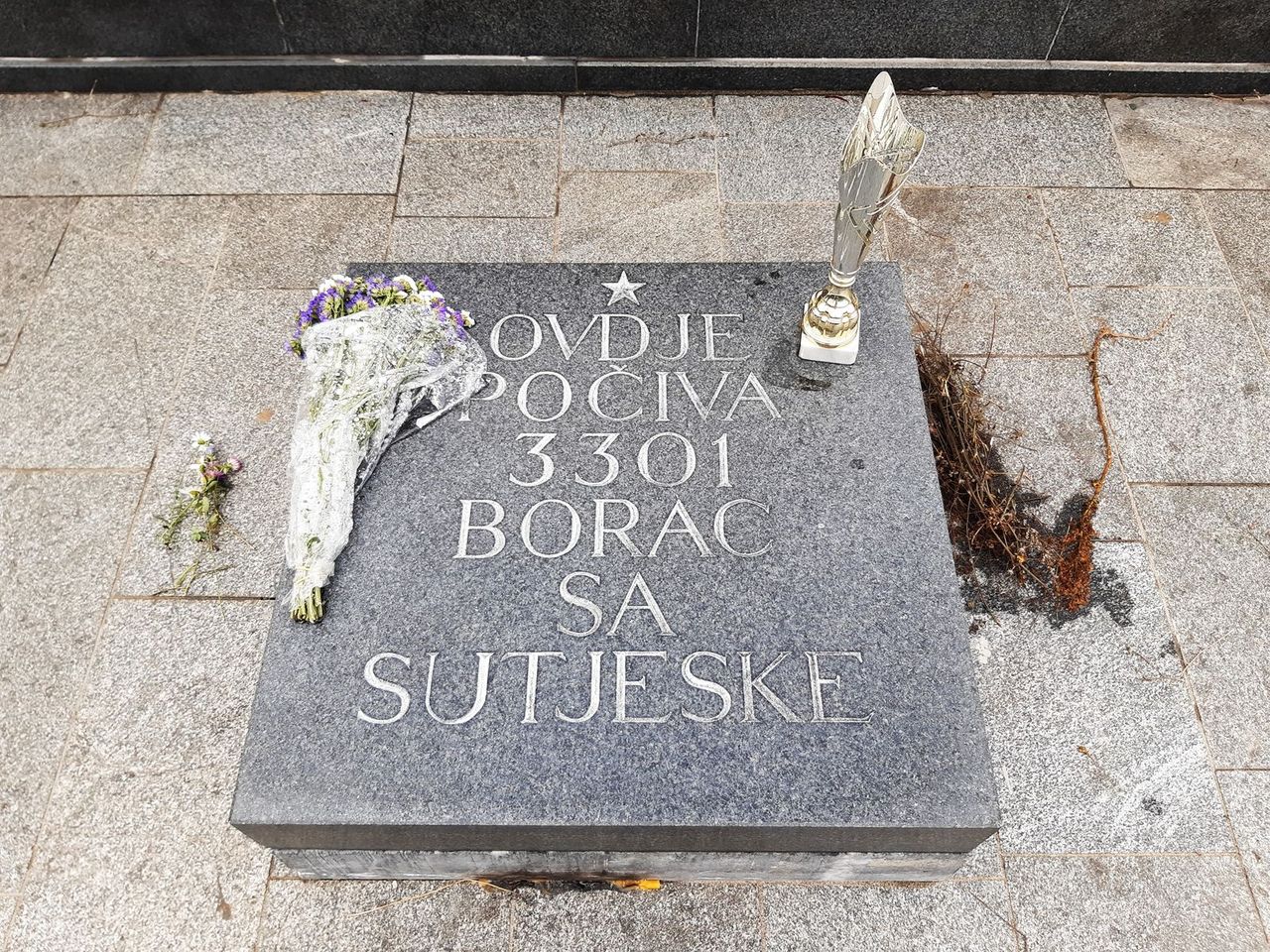 Authentic scenes of Bosnia and Herzegovina, beautiful landscapes, wild and untouched nature will invite you again and again to visit, feel and explore it again. This is just a small part of the beauty of nature that I showed you with this story. And the story will be more ... 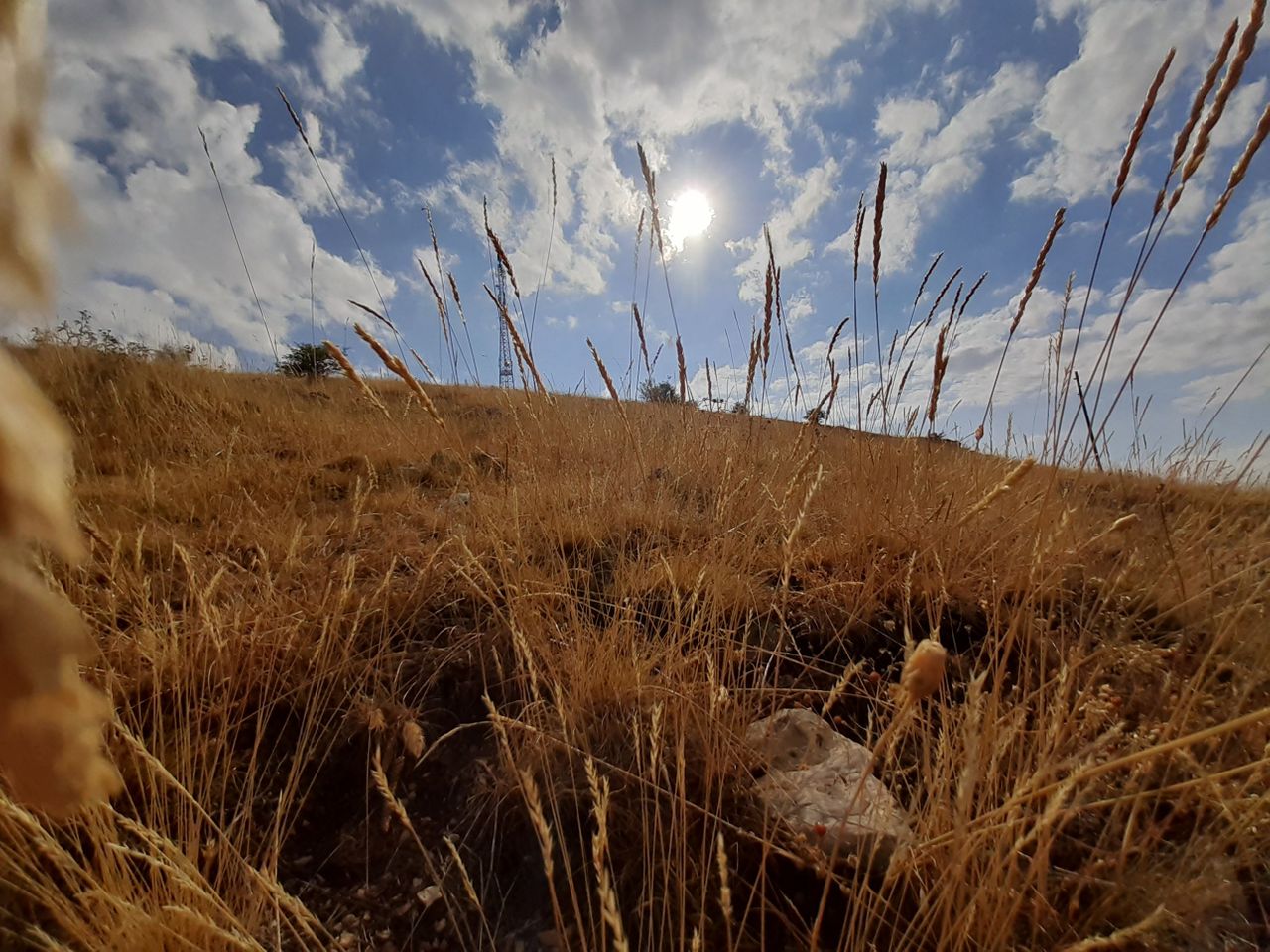 Note: I found some information about the monument in the encyclopedia I have at home "Čudesna Jugoslavia" (Svetlost, 1985).