The Uniqueness of The Melnik Earth Pyramids Hello, dear Hivians and welcome to the smallest town in Bulgaria - Melnik. Melnik and its medieval history, a town of ancient houses, amazing views and a perfect place for wine tourism. 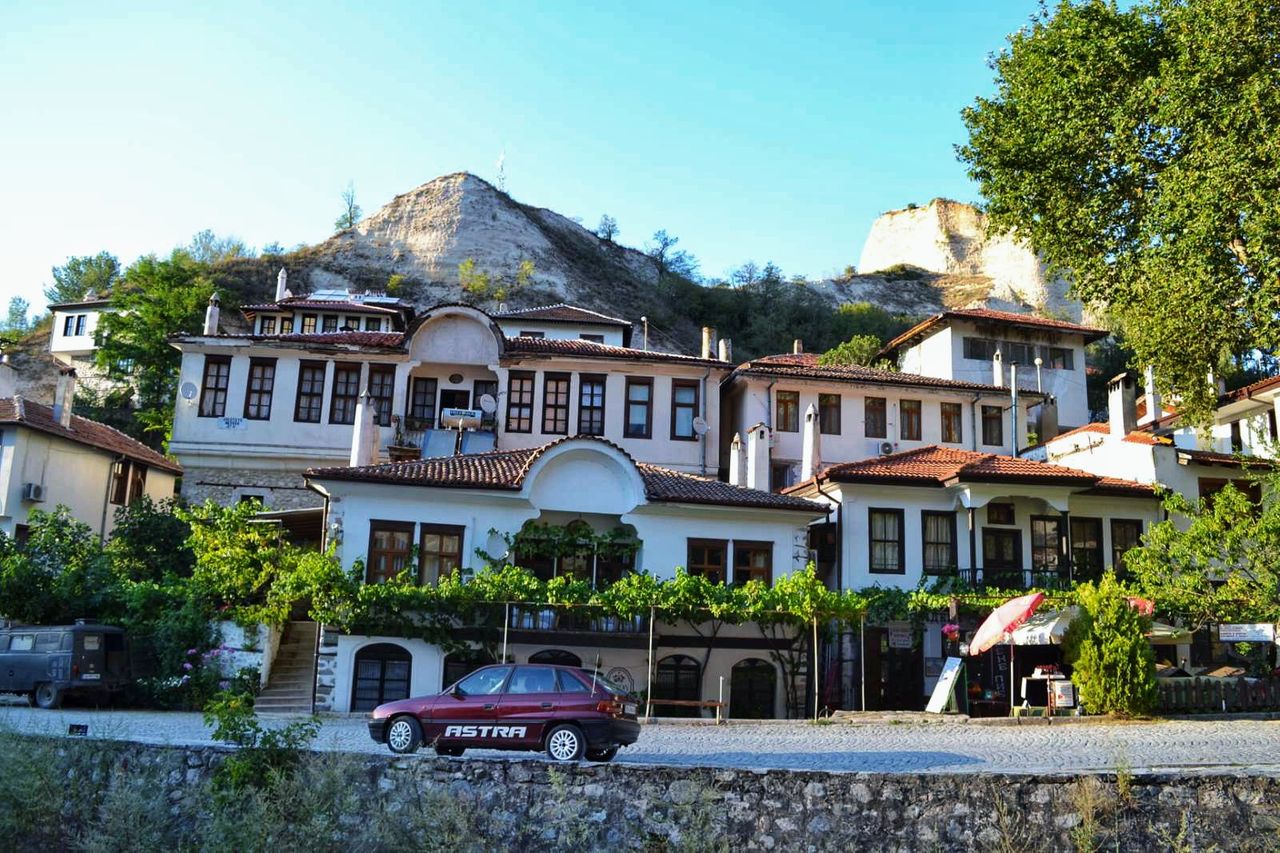 But above all, this city attracts tourists from all over the world with its looming sandstone cliffs, better known as the Melnik Earth Pyramids. 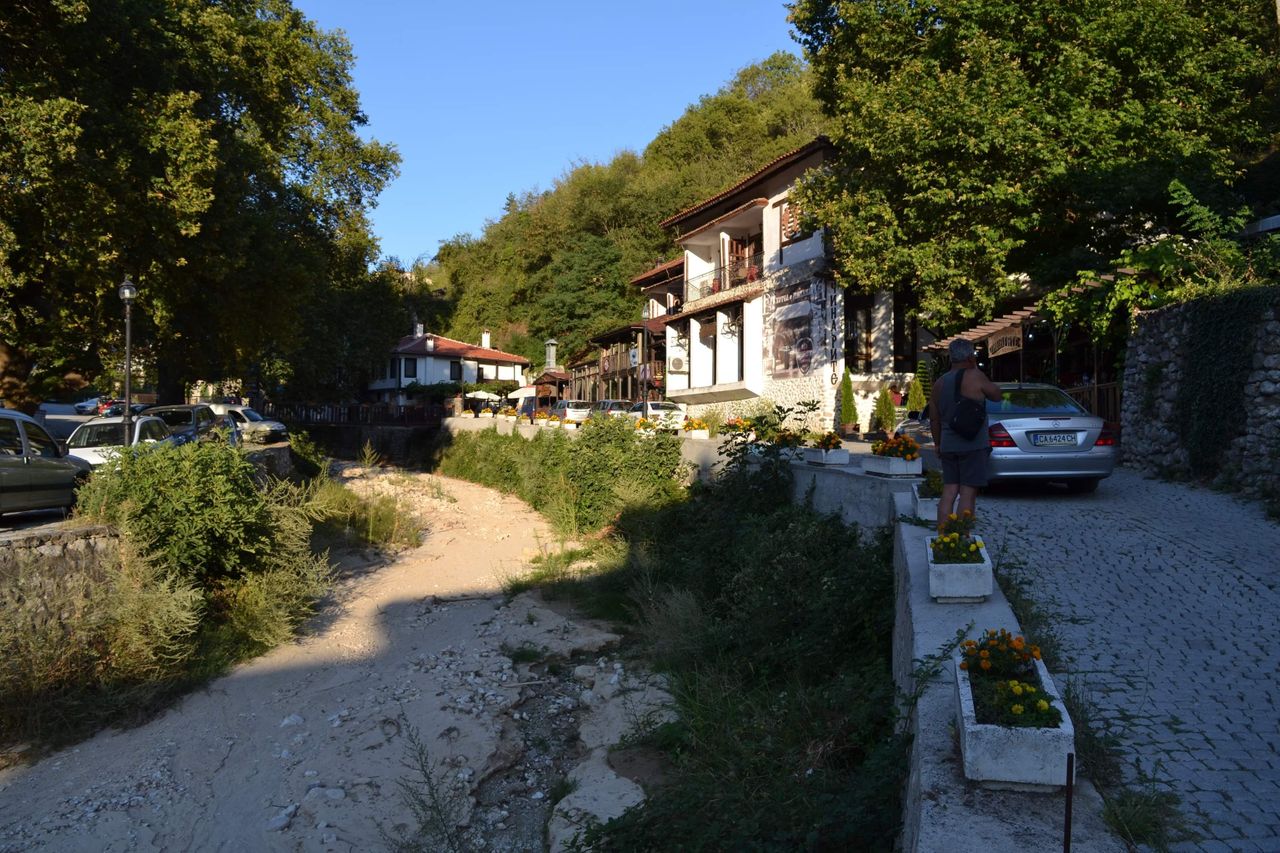 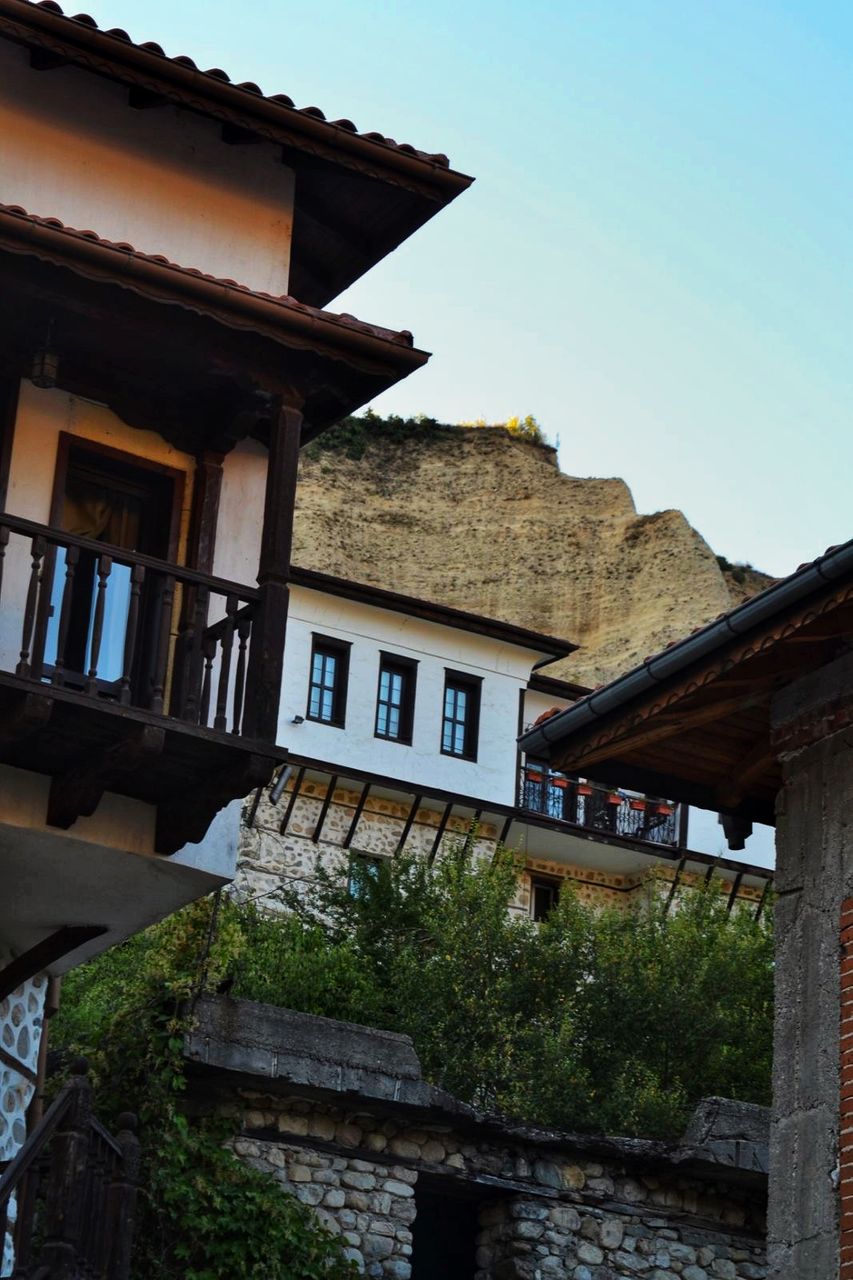 The smallest town in Bulgaria, surrounded by one of the most famous phenomena - the Melnik Pyramids. 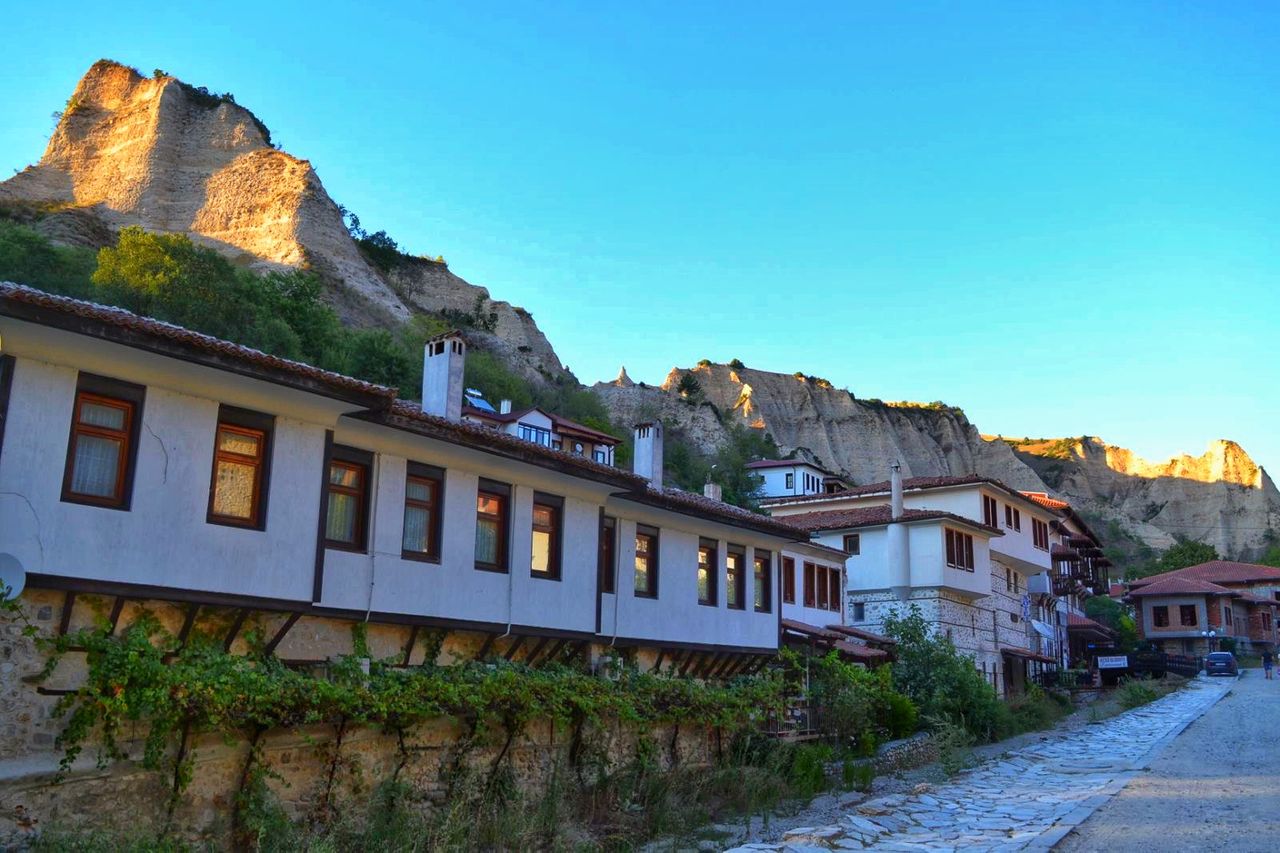 No one knows when they appeared, but one thing is certain, they will outlive everything. These pyramids are masterpieces of nature. Created from old embankments, which history began 4 million years ago. 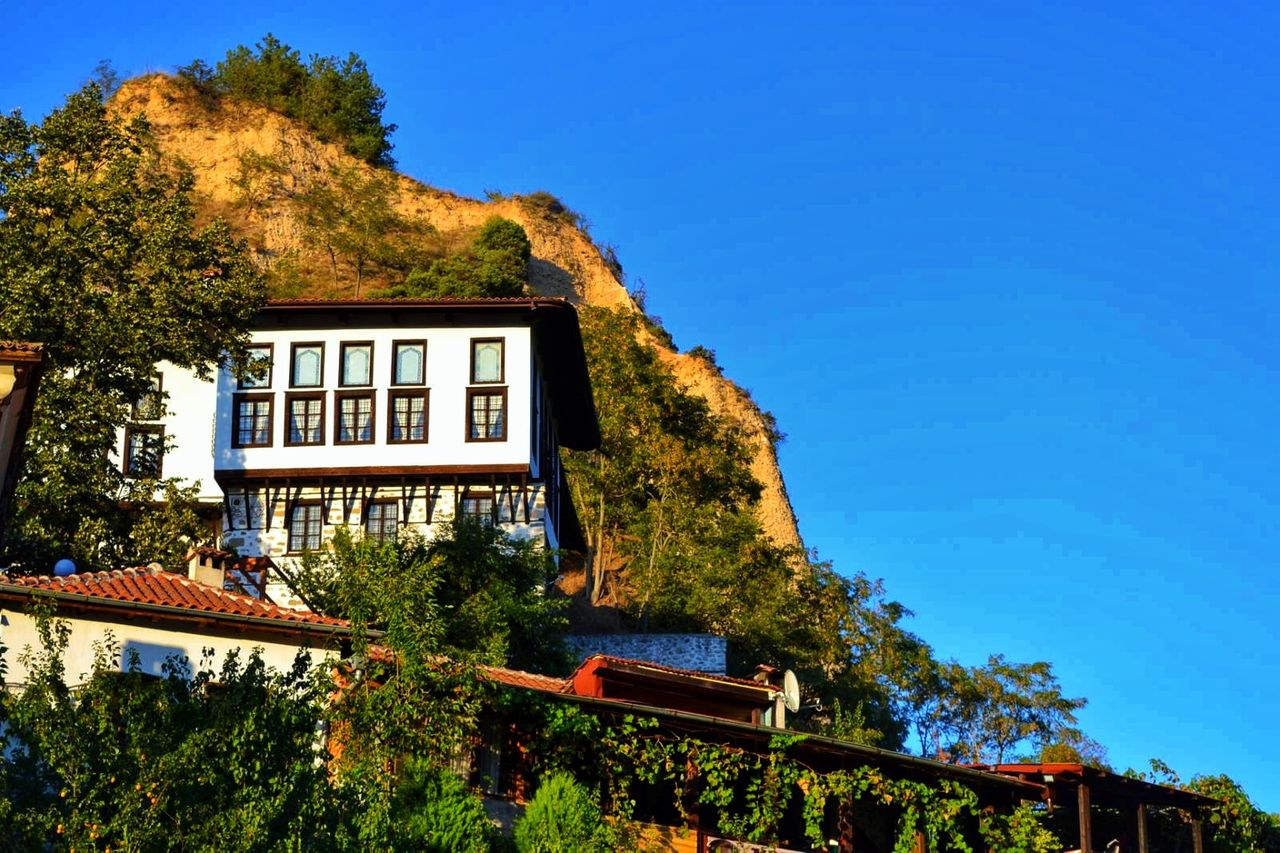 Back then there was a shallow lake on this spot, shells and fossils can still be found on the slopes of the pyramids. The lake waters drained southwards and landslides created these bizarre rock formations.

Various shapes created by these rock formations can be seen - cones, needles, minarets, rock mushrooms and many more. 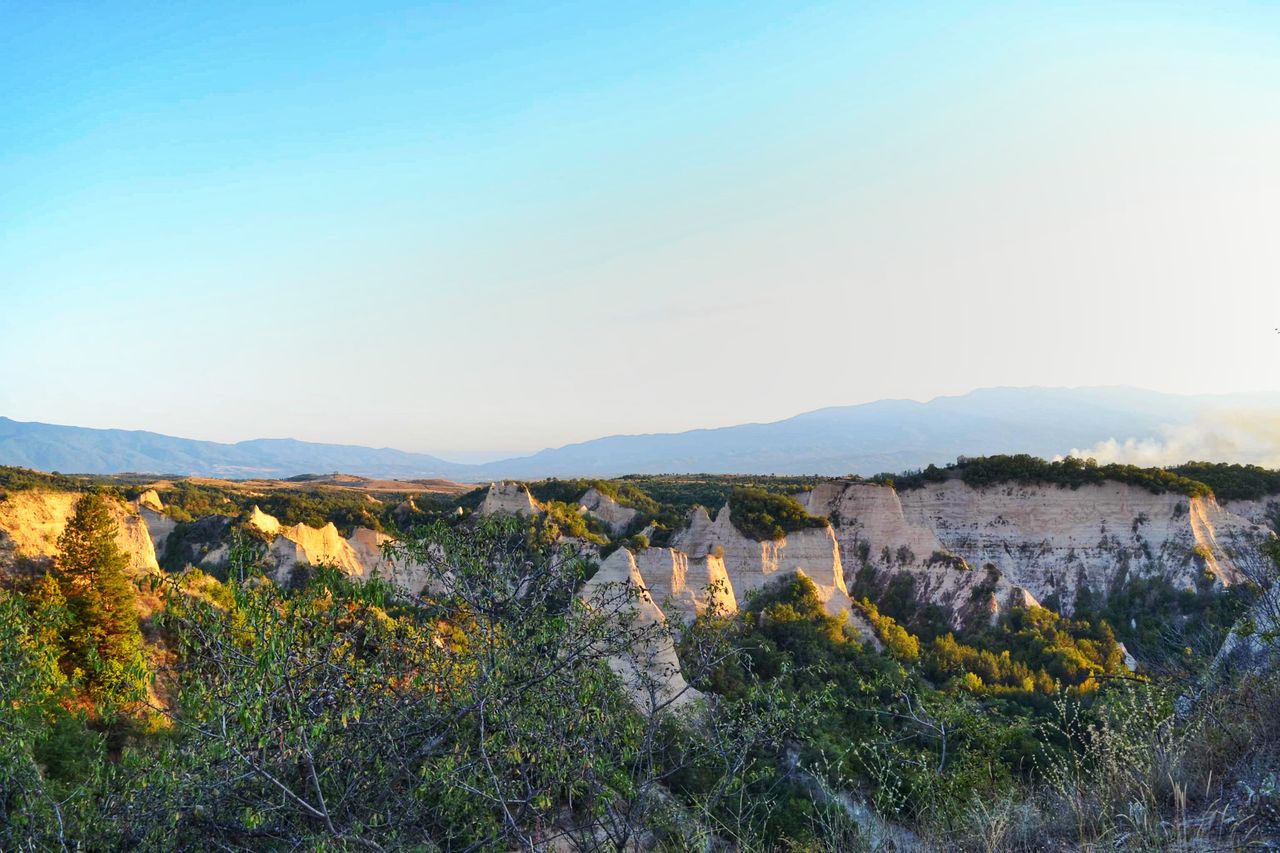 There is one more interesting fact about all these high pyramids. New, young pyramids form and grow at their foot.The Melnik pyramids reach heights of up to 100 meters and their name comes from the town they tower over. 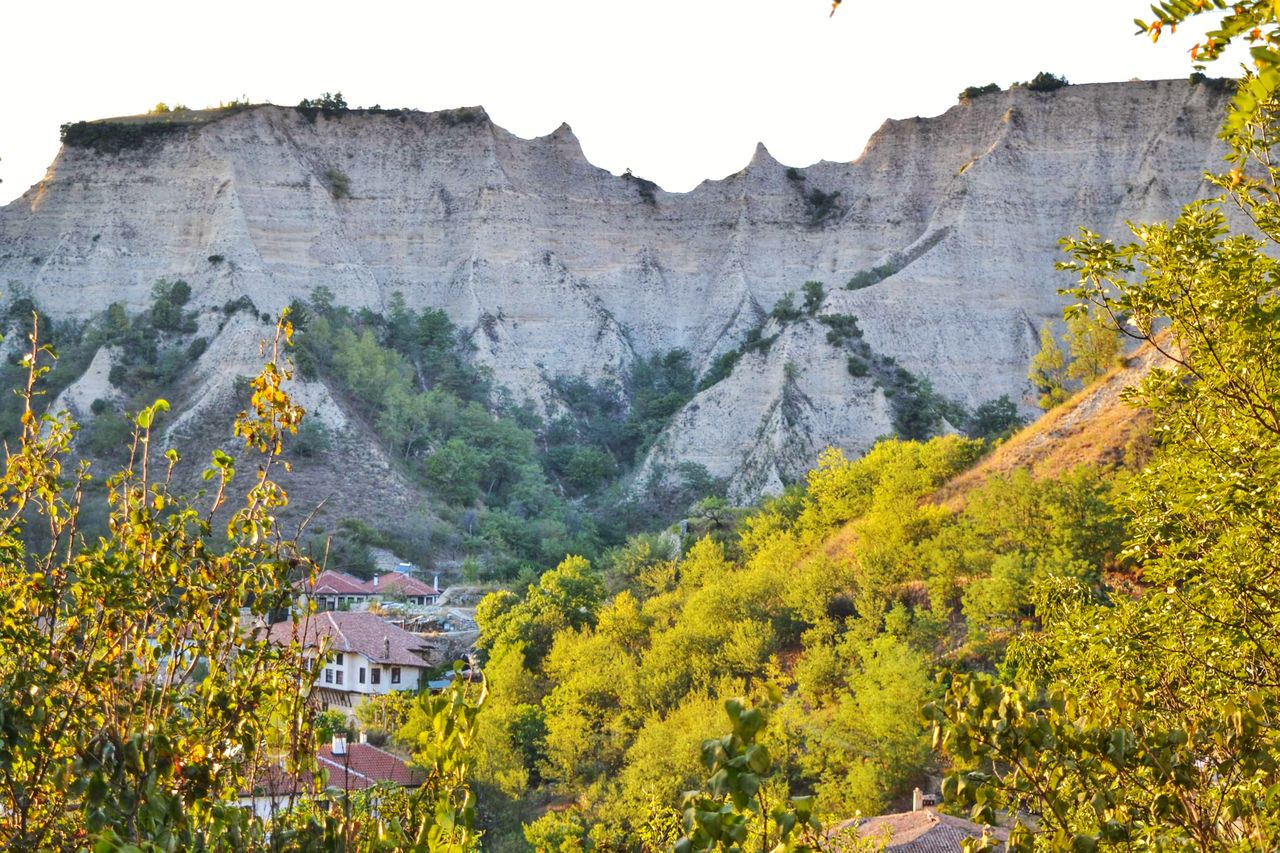 Walking towards the end of the town you will come to a historical sign on the right of which is a narrow path leading you to the Monastery "Virgin Bogoroditsa Spileotisa". 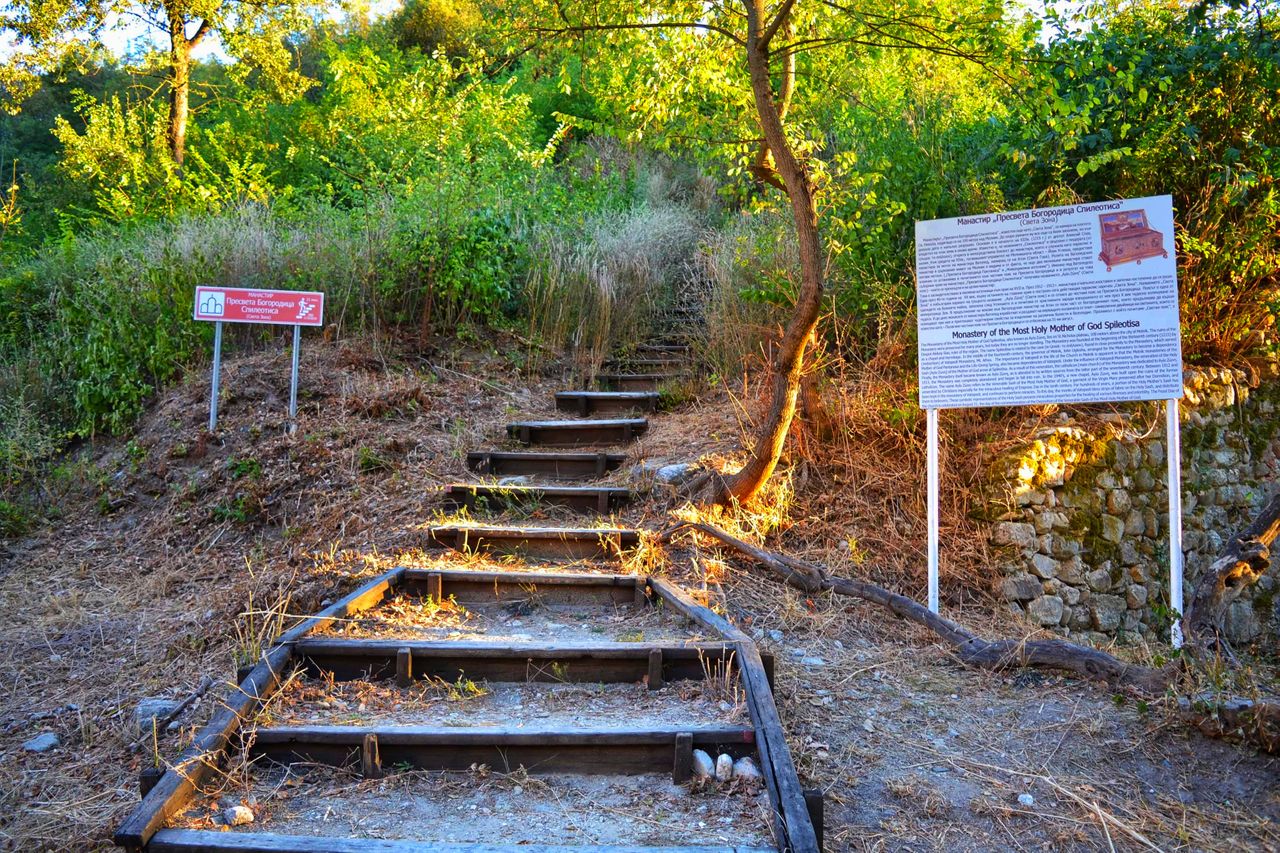 The monastery was founded at the beginning of the thirtheenth century 1215. The name Spileotisa is related to the cave, found in close proximity to the Monastery, which served as a chapel and hermitage. 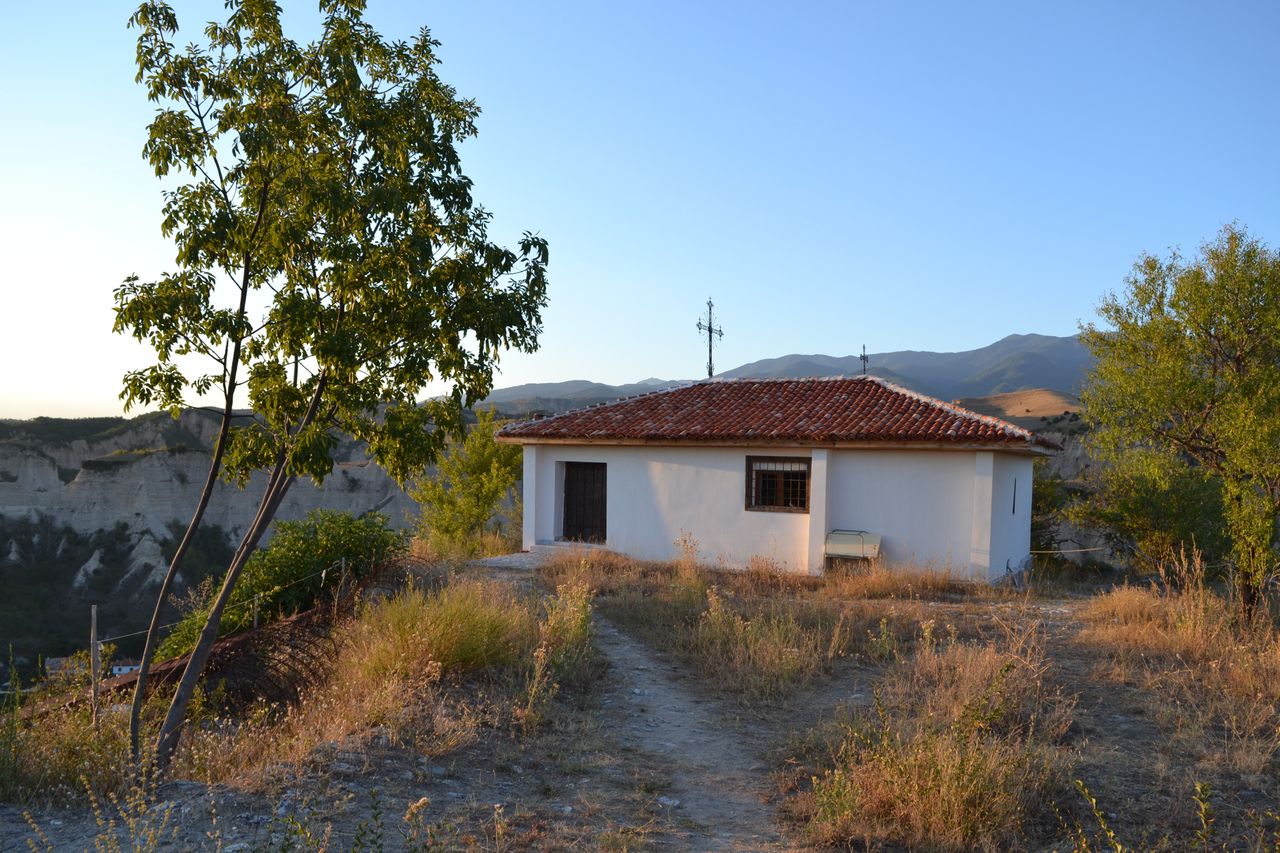 Between 1912 and 1913, the Monastery was completely abandoned and began to fell into ruin. In the 1940's a new chapel was built upon the ruins of the former catholicon. The Feast Day of the church is celebrated on August 31, the day of the commemoration of the Deposition of the Venerable Sash of the Most Holy Mother of God. 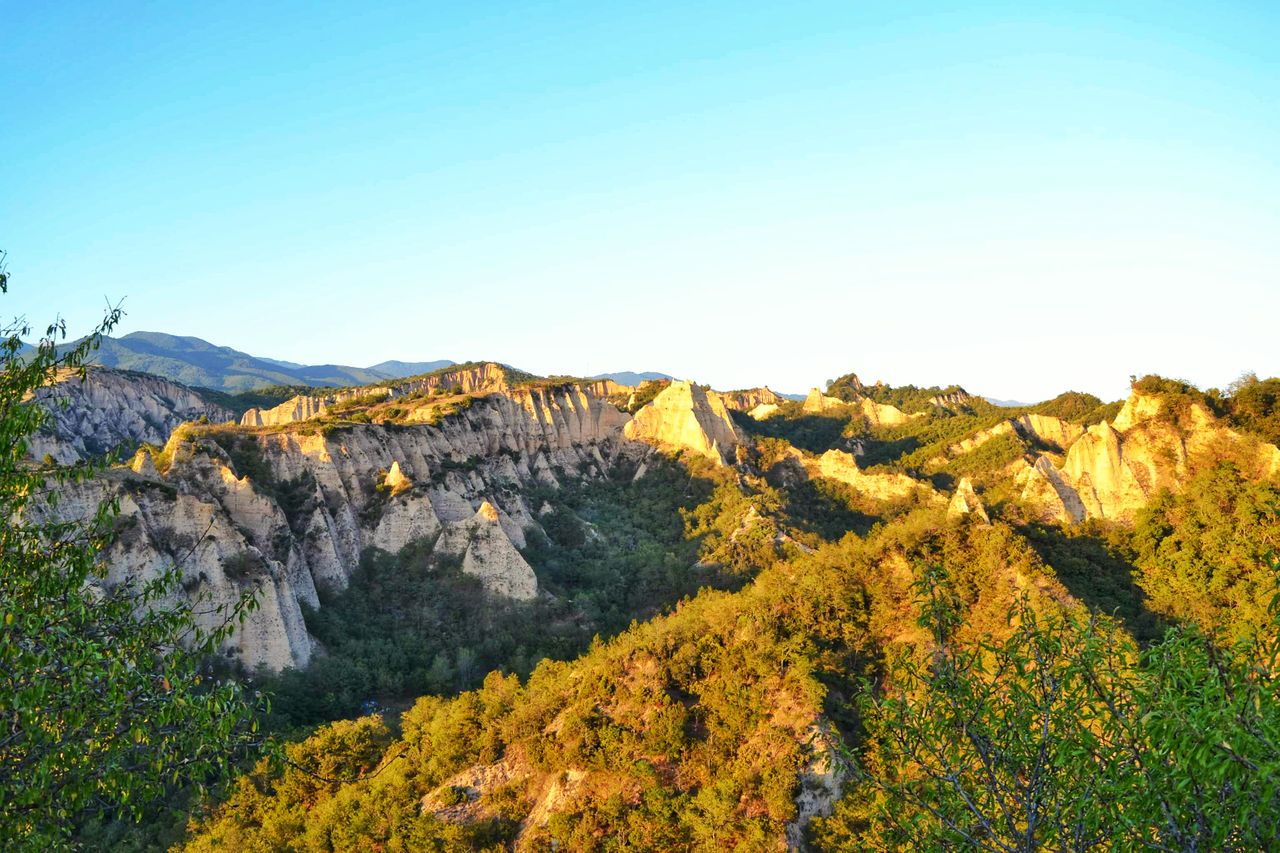 The trail is quite steep and therefore in the frame of only about 15 minutes you climb to the height of the Miеlnik Pyramids. Whether you're feeling tired or just don't know if this trail is worth climbing, my personal advice is to not give up. Really, the view from the top is like you've landed on another planet. The sunset still illuminates the tops of the pyramids until the sun sops up that role to the moon. 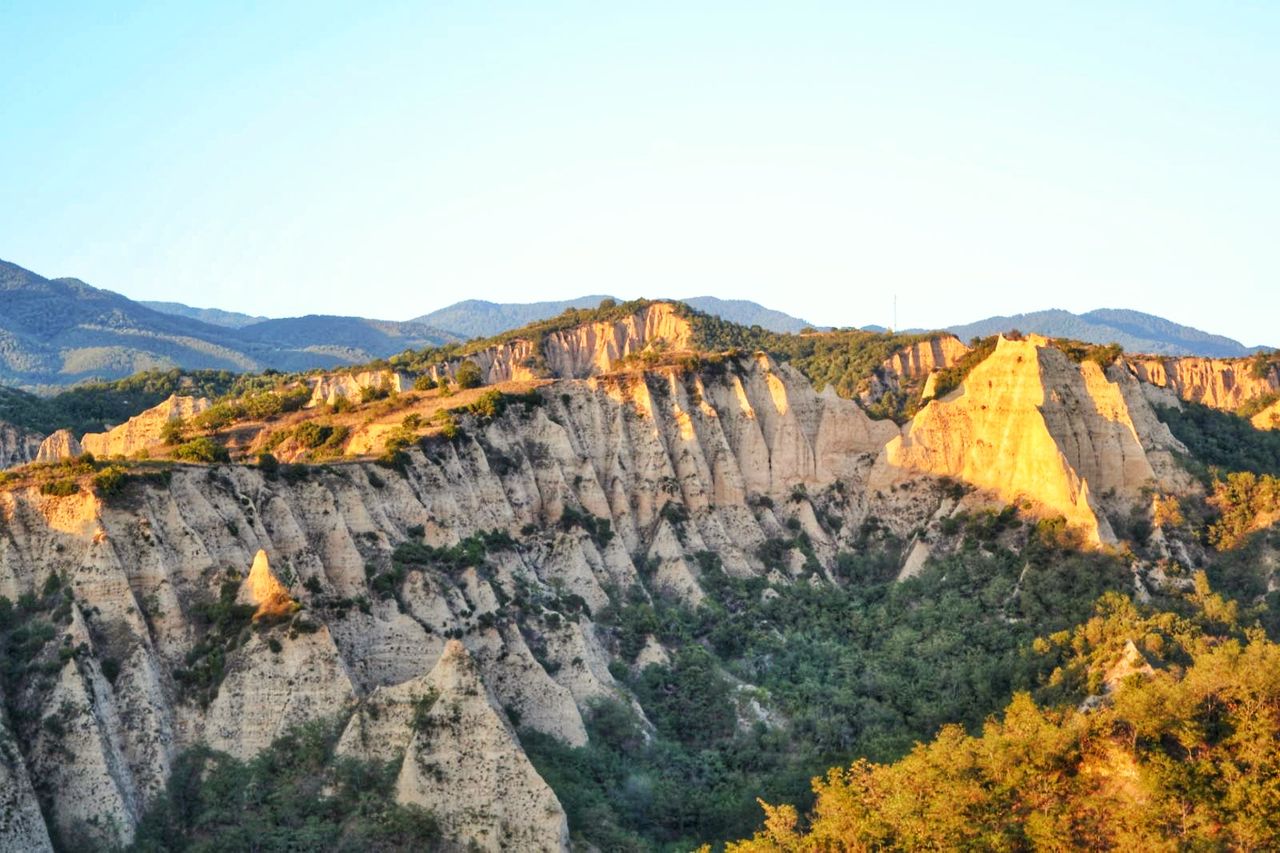 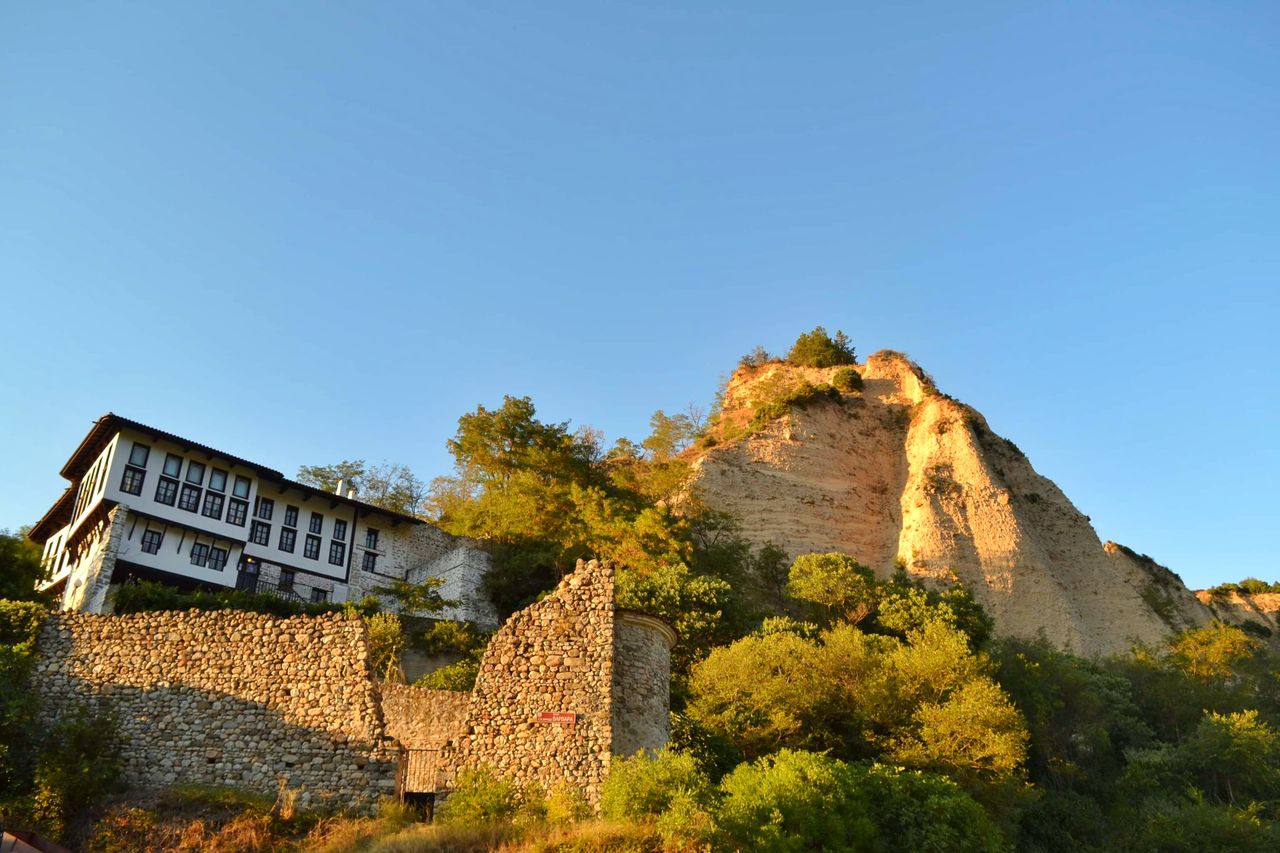 A house that combines rich architecture with agricultural use. Why agricultural? It's because the owners of this house had many vineyards and produced the best wine in Bulgaria. The owner of the house, Manol Kordopulov was a graduate of the University of Viticulture and Enology in France. This was actually the first Bulgarian family to import the first sprinkler for spraying the vineyards. The house was built 260 years ago, in 1754. It is considered to be the largest Renaissance house in Bulgaria and on the Balkan Peninsula. Next to the house was built the family church - St. Vaivara. 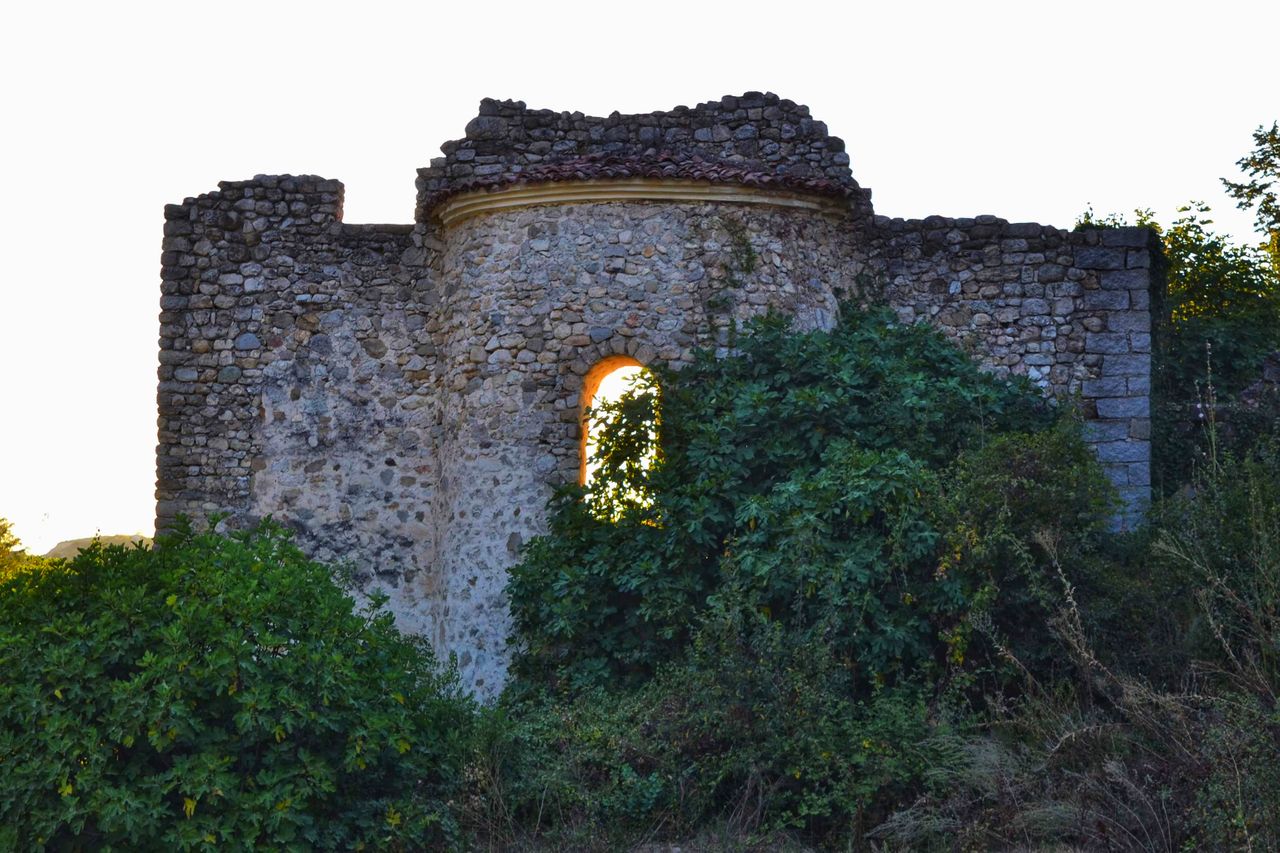 The family was so famous that it exported its products all over Europe including Venice.
This house consists of several floors, with the ground floor being where the wine was prepared. There are many tunnels leading to the wine cellars under the house itself. The second floor was used for living and the third floor was used for welcoming guests and making important business deals. 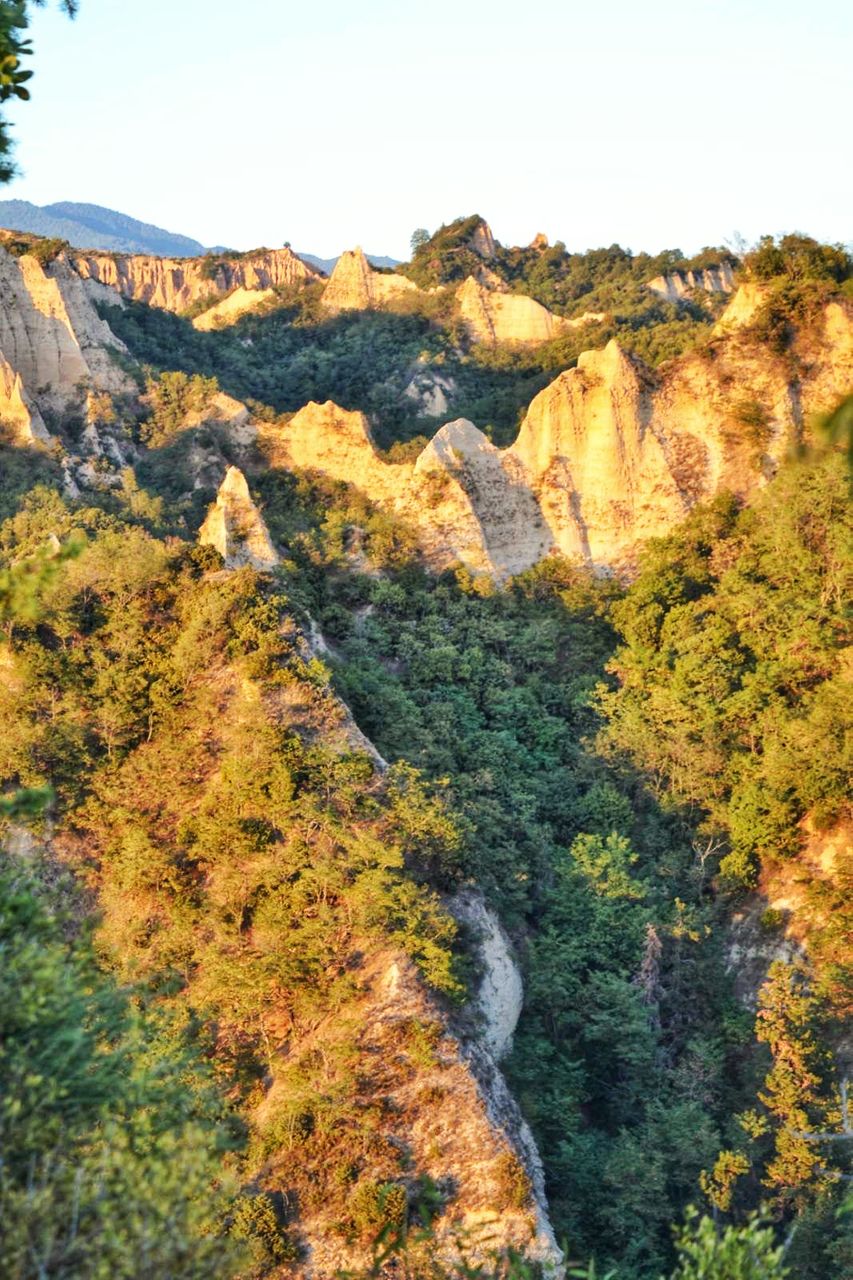 Climbing the stairs you reach the summer terrace, on which is depicted the map of Bulgaria during the Renaissance period and in the middle there is a sundial by which they are oriented for the time.