While some tend to look at the stones as some common rocks that can be found almost anywhere, find out that they are playing a major role for a lot of sightseeing attractions every region has, but also for some of the most interesting legends you'll ever hear. 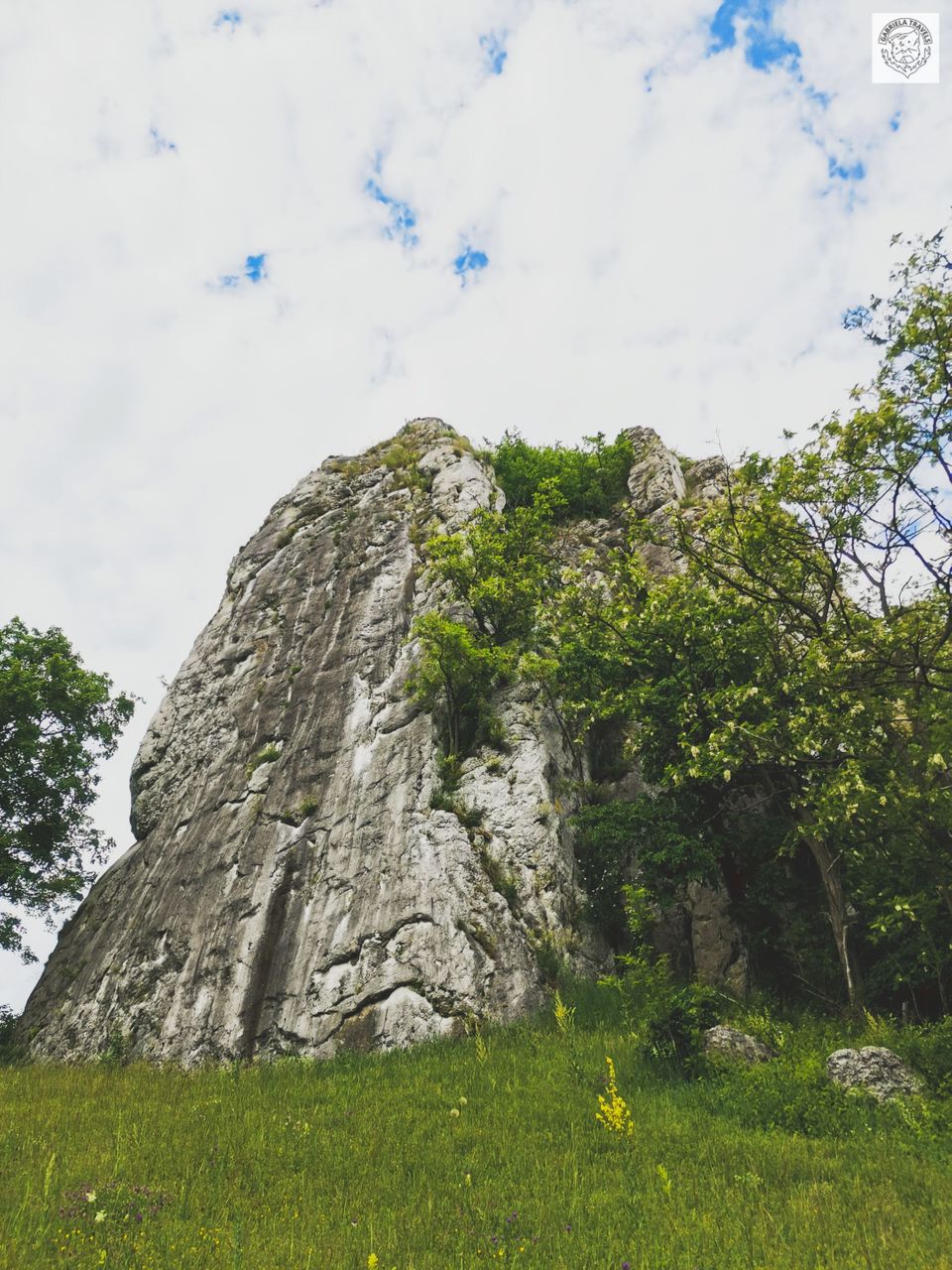 For how many times we focused on the destination and forgot to enjoy the whole ride?
I'm sure this happens in most of the cases because I used to be part of the same category.
When we go on vacation and begin roaming Romania, we set up the destination on the GPS and click the start button, while we pay (way too much) attention to the indications given by the little device and how much time is left until we cross the finish line, without looking around us and to the places we get through.
During the time, this aspect led to a lot of sightseeing attractions being missed, and later on, us, being needed to return to the same region and roads year after year until we fully cover all the things that could be seen in that area.
Not to mention how much time and fuel we lose on the road, the single guilty ones being nobody else but us.
It's true that Romania is quite rich in interesting stones, peaks, and a lot of forests which is hard to guess what they are hiding, but a simple check on the GPS would show what is surrounding us and if there is truly something that it's worth being visited.

And not for a few times we discovered names on the GPS and incredible locations that you couldn't find anything about on google or any people to look like it's not the first time they hear those names, leading to waterfalls, ruins, stones, lakes, and a lot more cool things. 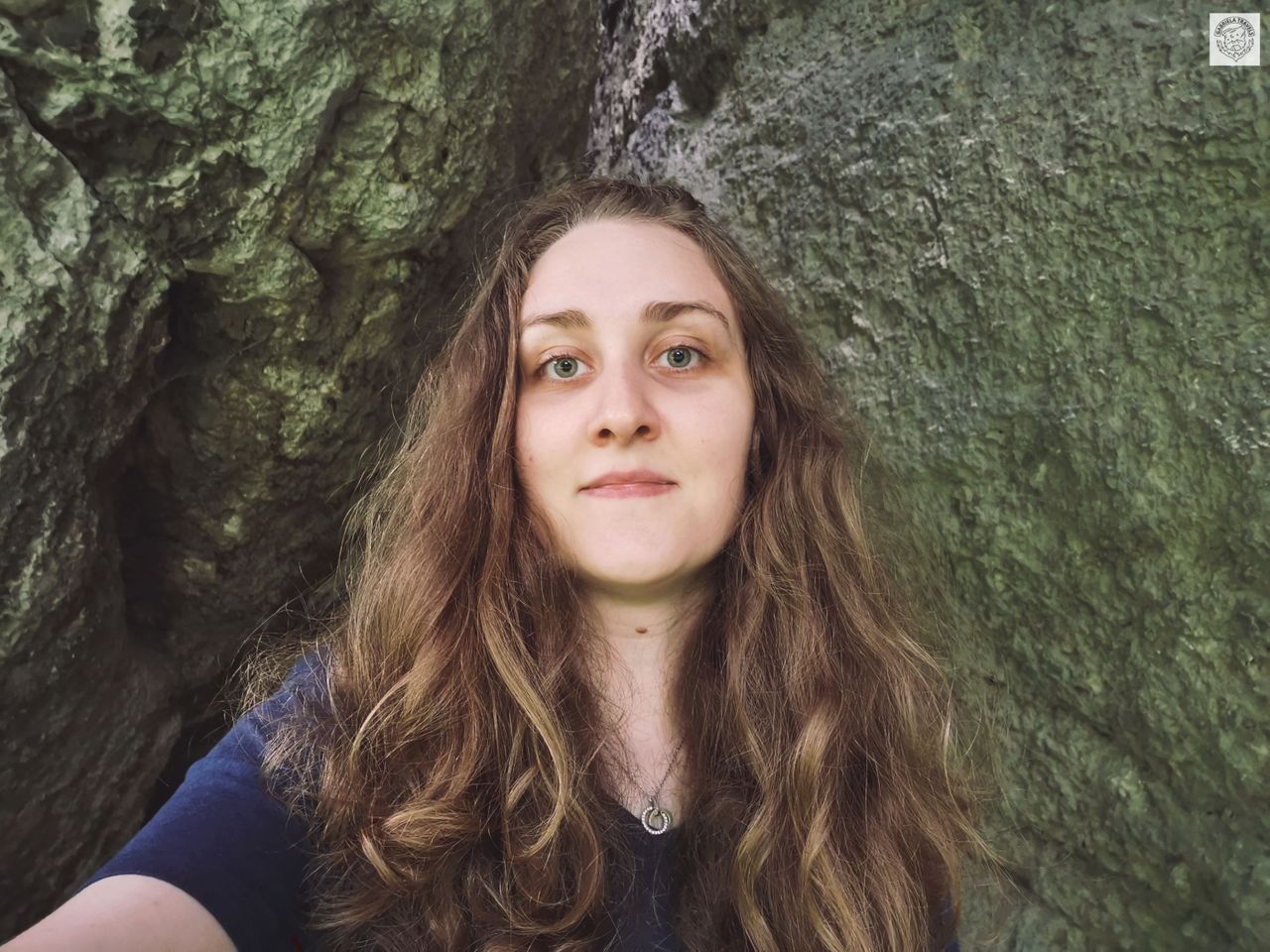 Overall, that's what we are doing. Or actually trying to - because as I said repeatedly, Romania has a lot more to offer than the castle of Dracula or other overcrowded locations, that almost make you forget about being on a holiday and getting that relax mode on. I would lie by saying that we are only exploring unknown locations and trying to promote them further, but it's very rare when we actually end up in a location full of tourists, which is already enjoying the popularity it deserves.
And that only happens because we do feel ashamed to known about so many places that are almost barely known by the locals of these regions but have no idea about some places that probably most of the people have been to at least one time.
Anyway, it's a good mix between the two and sometimes it feels nice to see other people around you and not be just you and the wilderness of nature.
Visiting Calcarele de la Ampoița, came with a huge challenge because after we set up the destination on GPS, we got into confusion when we crossed a rusty road sign that was announcing us that we reached our destination, while the GPS was still showing that we have a few hundreds of meters until we get there.

Considering that we are talking about technology and mistakes are often found, we decided to get out of the car and follow the tiny path that was starting from the informative panel about the stones we wanted to see with our own eyes. 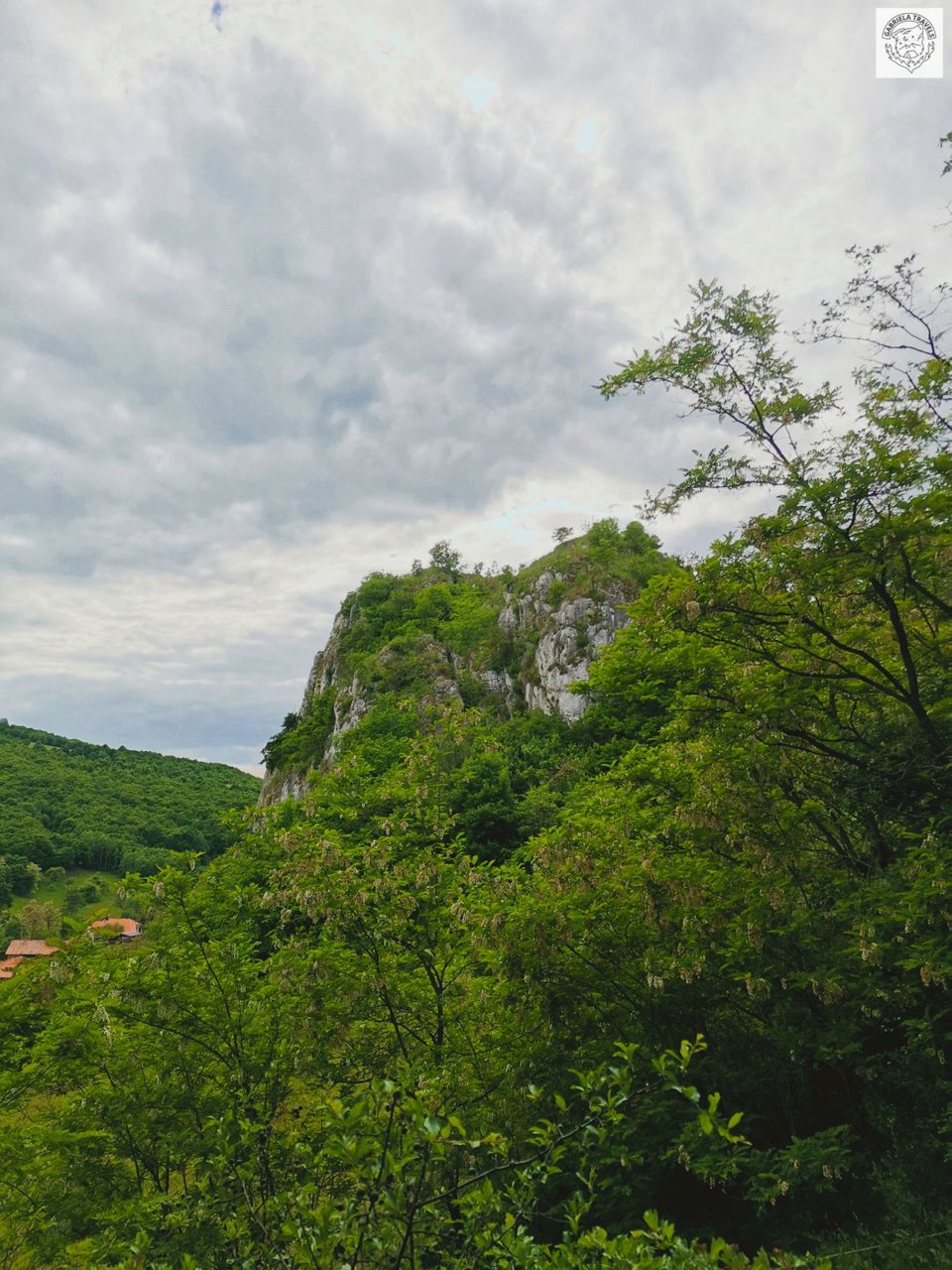 It's true that I found out about this place from a friend who visited them with a few months before my arrival and who is also a man of the place and probably he didn't need the GPS as much as we did, but after a whole day on the road, visiting more sightseeing attractions, my phone battery was running low and so we had to be on our own and begin the game of finding the beautiful stones.
Since the informative panel was our single weapon, we ended up following every single path that was depicted from the main one we firstly chased, but all of them were either ways of access to the locals' houses or ending up with an electric fence, probably to stay safe from the wild pigs and other animals that were noticed nearby.
The funny part is that we were seeing the limestone rocks this whole time, but there was no access to them. At least not from this part of the village.
So we decided to get all the way down to the informative panel we found and maybe give a try to the location shown on the GPS.

Happily, when we were about to get into the car, an old man who was crossing the street and saw us being so confused began talking with my father and offered to help us get to the giant stones.

He told us that the main way to access the stones was the one we attempted to follow, but since there are a few houses and some lands owned by the locals, most of them surrounded everything with a fence to protect from the wild animals, and so the access for the people who wish to visit the rocks it's almost impossible. The old man took us to his homeplace from where we just had to follow the exit from his yard that was located on the foothills of one of the beautiful stones.
There is a total of three imposing limestones that are dominating the whole village with their beauty, and they are summing up a protected area of high national interest located in the western side of Transylvania, on the territory of Alba county.
The total surface covered by The limestones from Ampoita is of 10 ha, and it's very appreciated for the botanical, geological and geomorphological diversity present in the reservation, composed of saxicolous vegetation such as Melica ciliata, Minuartia verna, Phleum montanum, Allium flavum and Festuca cinerea.
Due to the three stones where each of them has a different name, the limestones are also called Pietrele lui Bociacă, Pietrele Gomnușei, or Stogurile Popii, but the most common and frequently heard is Calcarele de la Ampoița, this also being the one found on the informative panel located next to the street.

However, since we are talking about a protected natural reservation, keep in mind that as beautiful as the valleys covered with thousands of colourful flowers are, as important it is to leave this place without bringing any change to it - such as breaking flowers or creating new paths through the huge grass.

While we were looking at the giant rocks, we noticed quite a few hooks placed on the straight stone walls which made us think that, most likely, the people who are stopping at the rocks these days, are the alpinists who are exercising by following the climbing trails. So for more adrenaline and extreme sports, I'll assume that this activity is pretty practiced in this region. Each of the limestones presented on Ampoița is a few tens of meters high, the biggest out of the three mentioned before measuring 44 meters in height and 200 meters in diameter.
While the geologists didn't find any connection between the three stones and the other rocks of the mountains that are covering this region, they came to the conclusion of talking about three giant rocks that were brought on the lands of Romania from a different place.
However, the locals have a completely different story that was shared from a generation to another, about a devil that was often noticed in this area, which, one day was surrounded by a bunch of monks who attempted to make him leave.
While the devil was praying to the Lord of Darkness to open up a gate and be able to escape from the monks, the land opened up and got him inside while the monks raised the stones over the pit created in order to block its access to ever come out again.

Calcarele de la Ampoița are not coming just with an interesting legend and endless flowers found around them, but also with some caves that are located inside of the limestones but which can only be visited by the experienced ones, while the most popular one, namely The Bats Cave, is located over 300 meters down into the ground.

While the three stones can be noticed from a few kilometres away, at first they seem almost next to each other, but once you get closer you will notice that they are a few tens of meters away and that you are not able to get next to all three from the same direction.

Depending on what yard of the locals you are using to pass on the valley they are located to, you might only be able to see one or two. Personally, we visited only the 2nd and 3rd one, while for reaching the first limestone we were needed to either cross a fence or to ask a different local to help us.
However, since we had in plan to visit another place for the rest of the day, we decided to consider ourselves being satisfied only by visiting 2 out of the 3 limestones and return to our car.

The limestones are located in Ampoița village which is 11 km away from Alba Iulia, and they can be reached by following the national road DN74 which makes the connection between Alba Iulia and Zlatna. As soon as you enter the village, the rocks are located 800 meters away after you make a short right turn on a narrow street. You will know that you reached the destination as soon as you find the informative panel shown above, placed next to the street.