Danang is the 3rd biggest city in Vietnam. It is divided by a river that is crossed by 6 bridges. On one side of the river is the city-side that is much like the other big cities in Vietnam. On the other side of the river is the beach-side that has lots of hotels and beach attractions. My first visit to Danang was only for a couple of days, but it ended up becoming my favorite city on Earth. 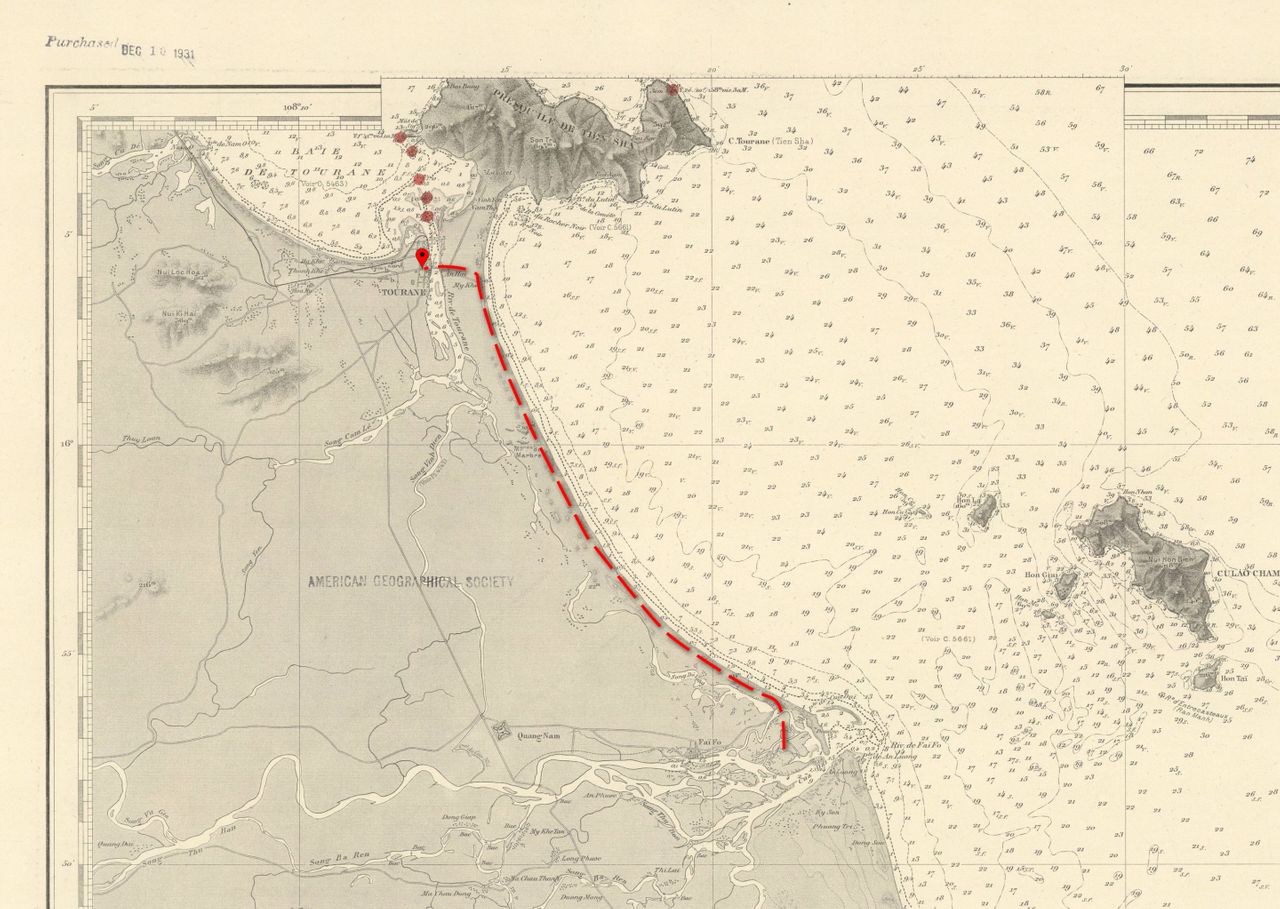 The trip from Hoi An was short. Danang is less than an hour from Hoi An. If you want to see how I started the day's ride, the video above is of me leaving my hotel and making a short tour through Hoi An before heading to Danang. 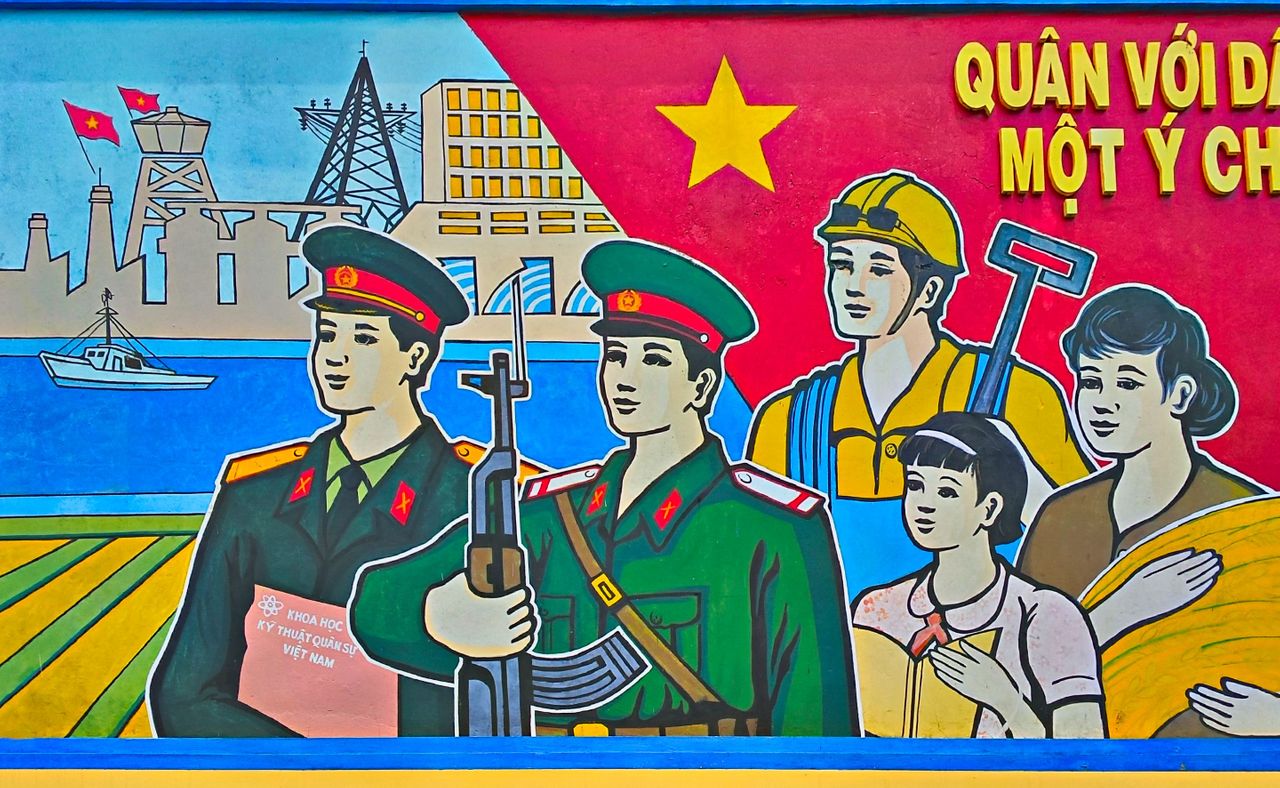 I made it to Danang in less than an hour and didn't have any idea where to stay. After crossing the Dragon bridge, I stopped at a place that had this big mural. Then I spent a little time on my phone trying to find a hotel.

I made a mistake on my first night and I stayed on the city-side of the river. After all of the time that I spent in Danang, I'm still not a big fan of the city part of it. It's OK, but it's just another big city like many of the other cities in Vietnam. 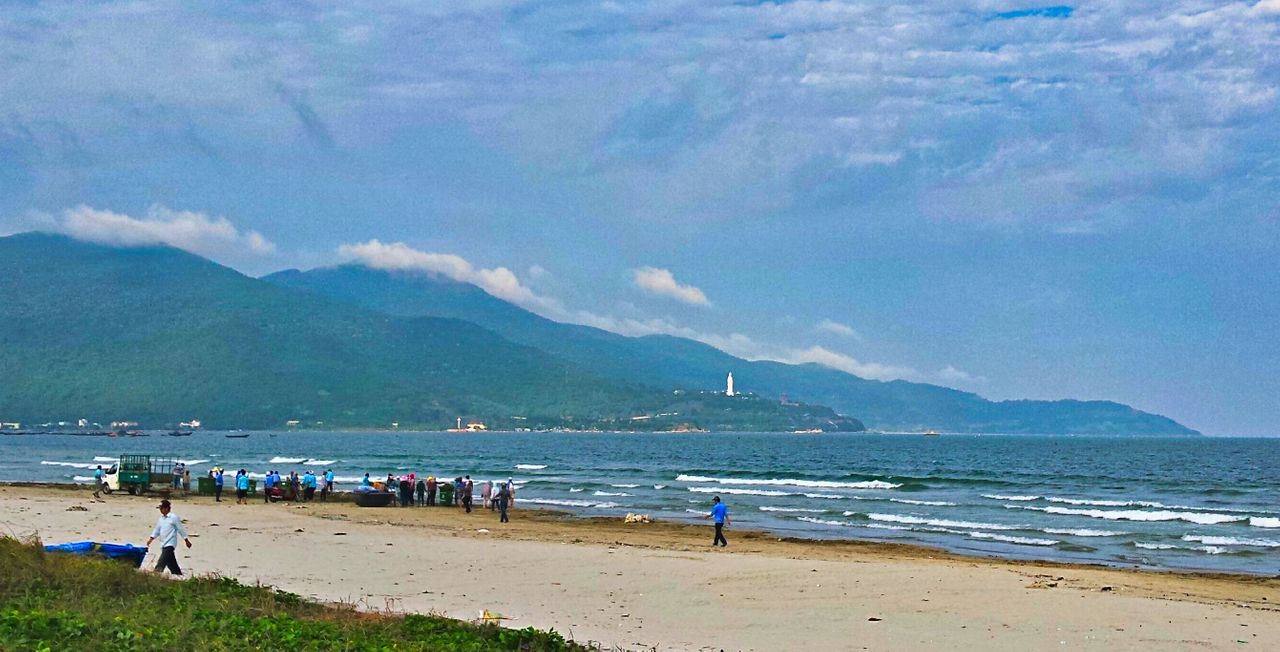 At the hotel I researched better hotels and the next day I found a place on the beach-side of the river. The hotel that I found by the beach was awesome. It was brand new and almost completely empty. They only charged me half of the price advertised because there wasn't much business during this season.

It was getting close to tax time in my country so I planned on staying in Danang for a couple days to make sure I got my taxes done.

It didn't take too long to do my taxes online, but I did end up having to call the IRS to get a number and that ended up costing about $40 in phone cards. At one point I had to leave the hotel and buy new phone cards because the IRS had me on hold for so long. 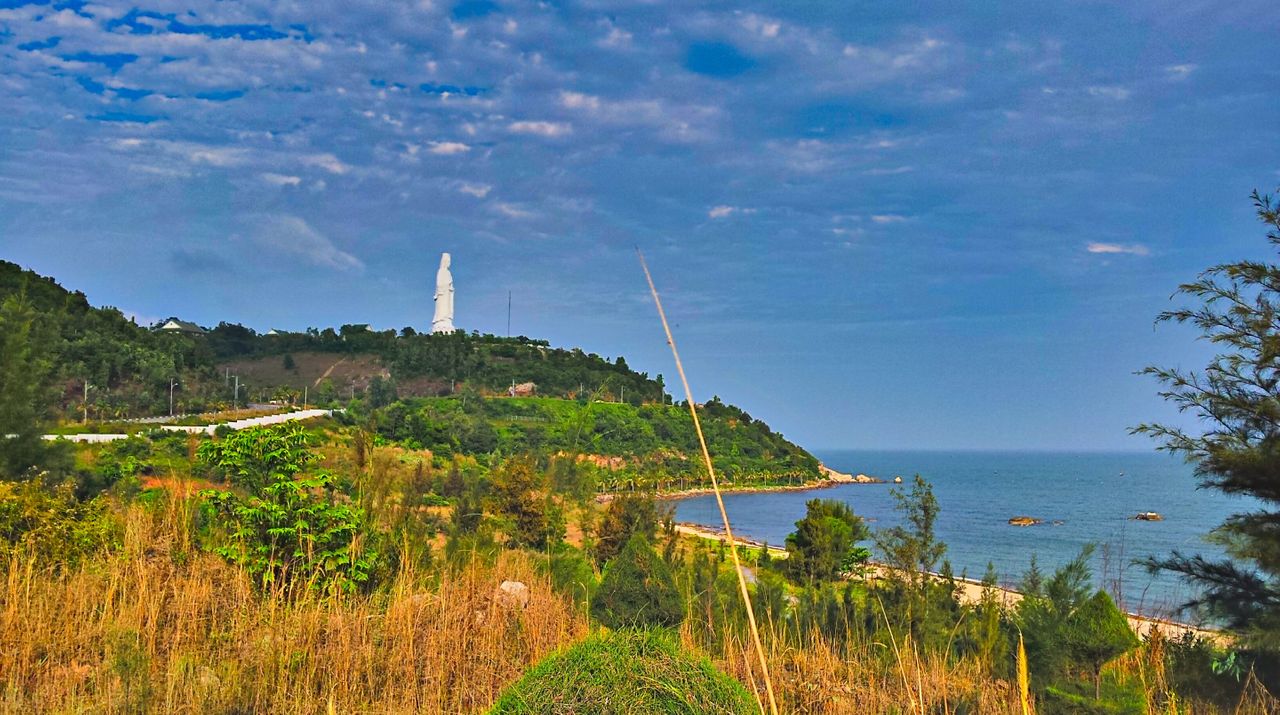 After I got my taxes done, I went out exploring a little bit. I went out to see the Lady Buddha. I'm pretty sure this is also where Monkey Mountain is, but I didn't try climbing the mountain until I returned to the city a month later.

I'm not sure if I can put it into words, but there was something really enjoyable about riding around the coast of Danang. The ocean was beautiful and it wasn't very busy on this side of the river. It was also great to be riding around without my backpack.

I had to stop and take a photo of my favorite bridge in the world. I was blown away by the dragon bridge when I first rode across it. I didn't even know that it actually breathes fire and water on Sundays. I didn't know much of anything about Danang during this first visit so I just wandered around on my scooter. 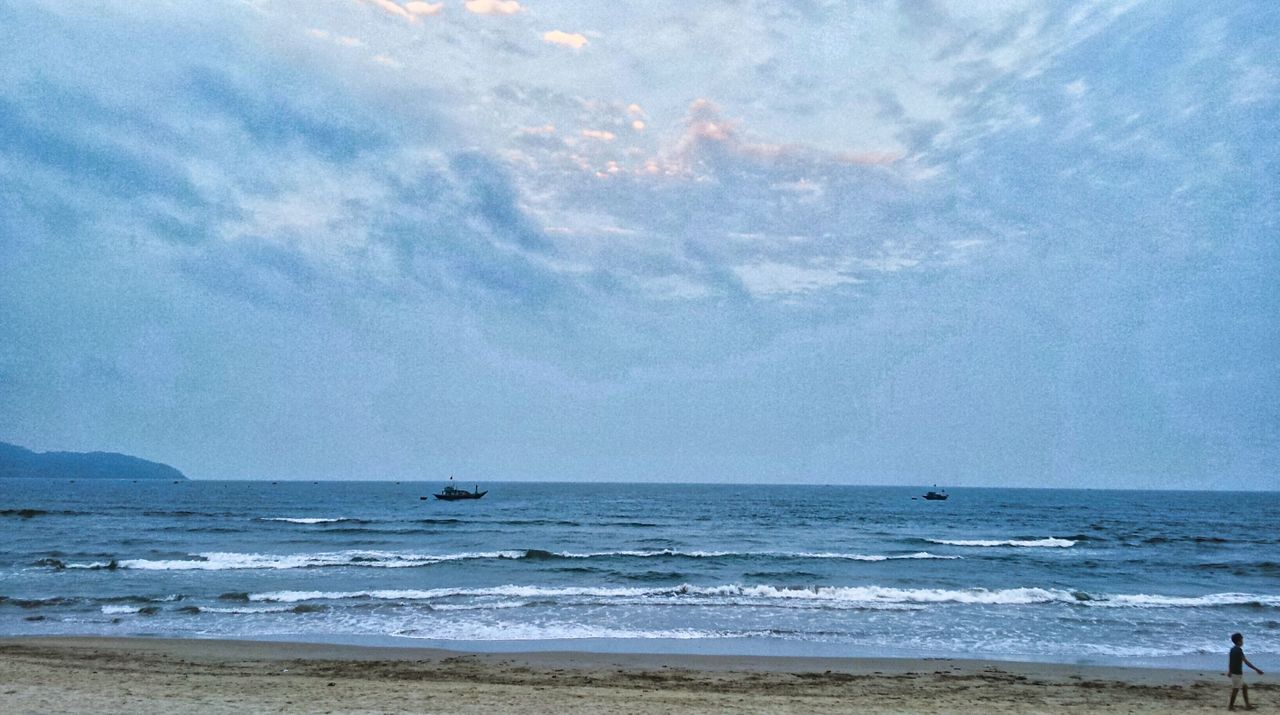 At night I went to a restaurant on the beach. I'm not sure what I ordered, but I ended up with this. It's kind of a hotpot, but the meat was eaten in the rice paper, wrapped up. I tried to order this same dish a month later, but I couldn't make myself understood and I ended up with a different dish.

This was my first time having a dish that I rolled up myself. One of the waitresses was super nice and she gave me a whole tutorial on how to eat my meal.

The bowl is hot and filled with broth and vegetables and other things. You take pieces of meat and cook them in the broth. After they're cooked, you take a piece of rice paper and put vegetables on them. Then you put some meat and some of the other goodies from the hotpot in it. Then your roll it up and dip it into your sauce. It was awesome. The next day I went exploring again. This is further down the road with the Lady Buddha. 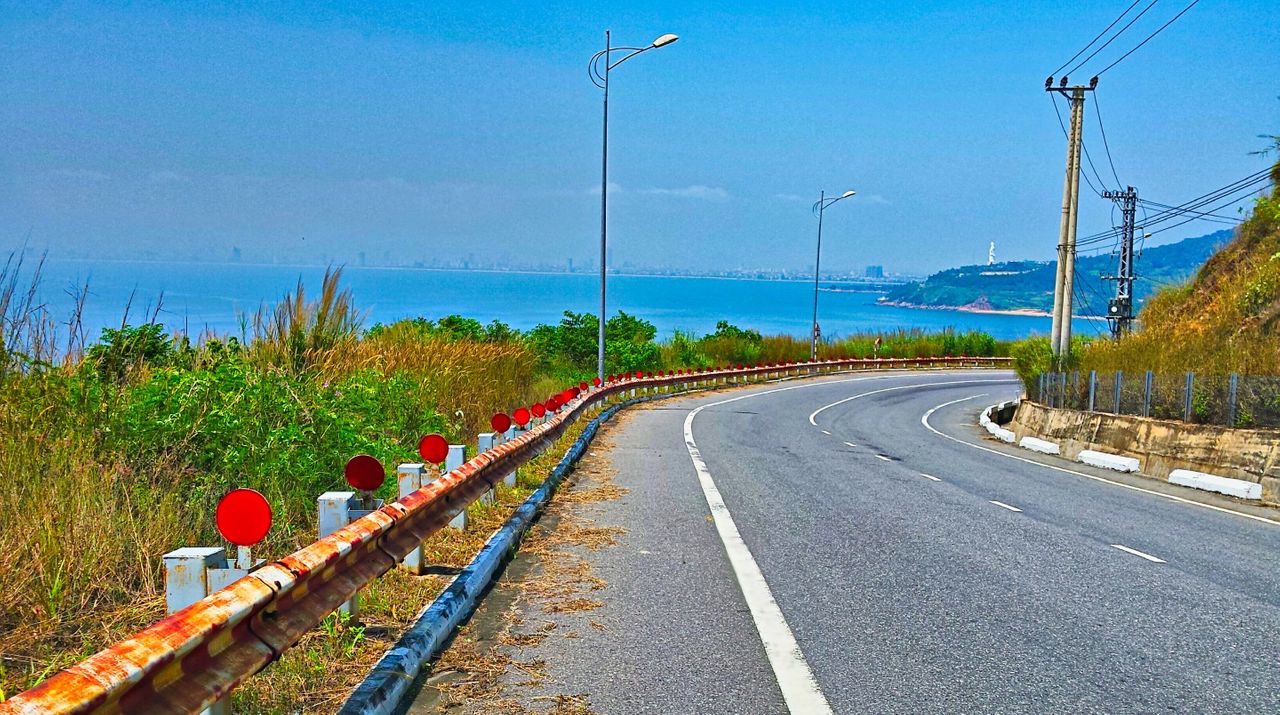 It was a nice ride for photos. One thing that I did that would would bring me back to Danang was visit an English cafe. It doesn't exist anymore, but I visited a place called The Keys Speak English Cafe. I'd seen it on Tripadvisor and decided to visit.

Danang is a university town and there are a couple English cafes where Vietnamese students go to practice English with tourists. I went there and spoke with a few locals and really enjoyed it. It seemed like a real easy way to make friends with locals. A month later, the English cafes were a big factor in my decision to settle in Danang. 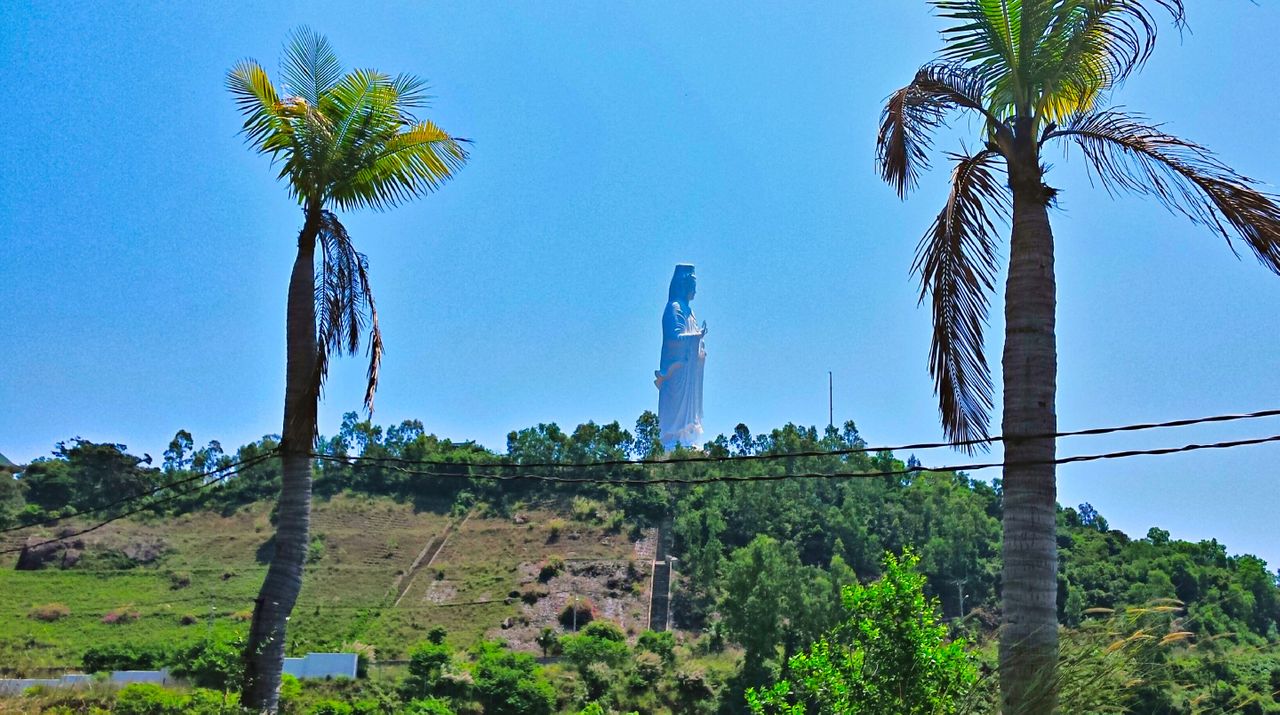 After some exploring, I returned to my hotel room and rested a little bit. In the evening I went walking around to find another restaurant for dinner. 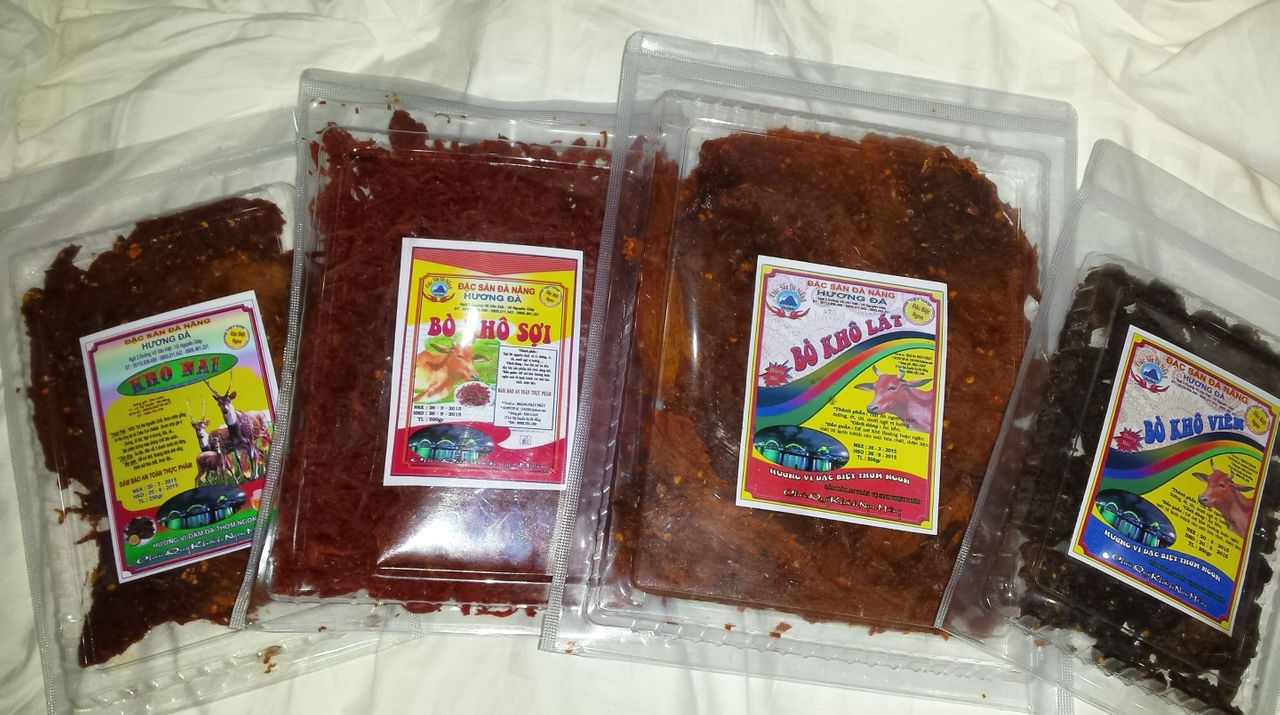 Not only did I find dinner, but I found beef jerky! I didn't even know they had beef jerky in Vietnam. I was so excited that I bought a ton of it.

The biggest difference between Vietnamese jerky and American jerky is the Vietnamese use a lot more sugar in it than you usually find in America. It was good, but it kind of surprised me how sweet it was. 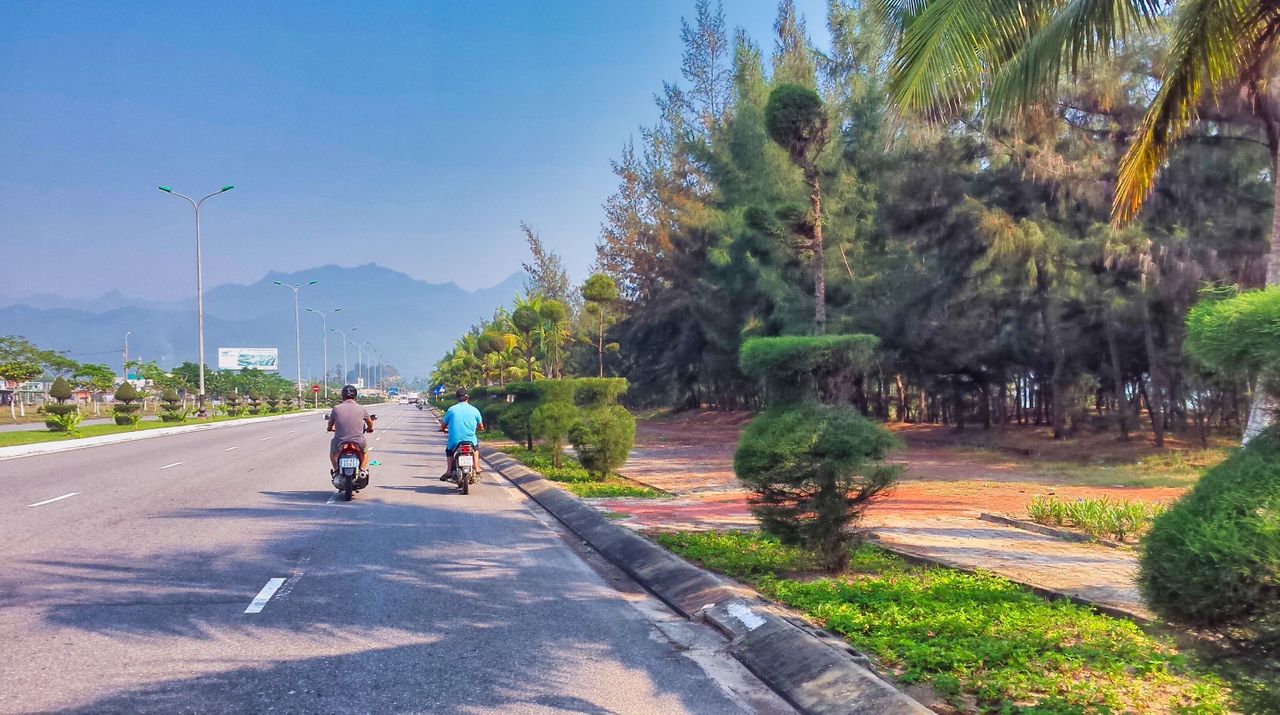 The next day I left town and headed for Hue.

That's it for Danang on this part of my trip. As I've mentioned, I ended up coming back here for a few months. I hope you'll join me in the next post as I continue my journey north!

Edit: I'm editing this post because PeakD is showing the video as the cover image and I want an image as the cover. Testing to see if I'm able to change that.