Not long ago I had the pleasure to visit another medieval city of Transylvania, which is not a big one, but that's why it has some hidden jams you don't see in other cities. The city is called Reghin or Szászrégen and it's the biggest in Mureș County, Transylvania, Romania. Most of the cities in Transylvania have 3 names as the region was part of the Hungary and the Austro-Hungarian empire, before becoming part of Romania. Most of these cities, villages still have a Saxon population. 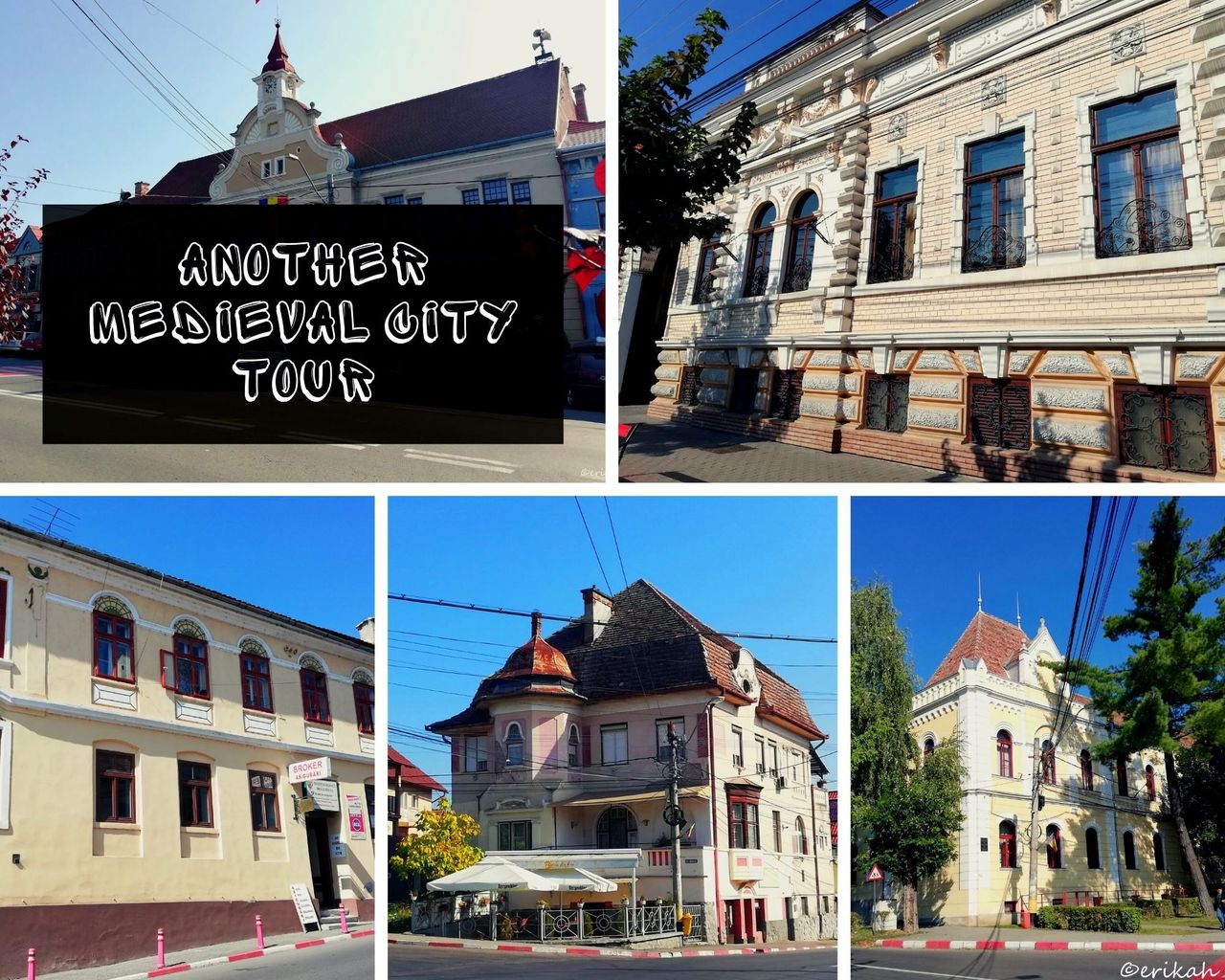 Reghin was first mentioned in 1228 in a charter of Hungarian King Andrew II as Regun – however, evidence of its strategic location and defence system suggests that the town might have been considerably older, possibly founded by Ladislaus I. source

Fun fact: There's a beer factory in the city and one of their product is wearing the old name of the city, it is called Regun. Don't ask me if it's good or bad as I don't like beer.

If you're looking for a modern, extremely developed city, that this blog is definitely not for you. What you will see here is old houses, old churches and a lot of historical value that is still standing, despite of the massive destruction that has been going on during the communist era.

Reghin possesses some of the architectural elements that are unique in Transylvania. The stylistic details and the wrought iron balconies in the centre of the town are examples that prove the artistry of the local craftsmen. One passes everyday by the apparently modest, yet defining signs of an ancient civilization. They personalize almost each and every building from the center of the town, making the visitor feel the fragrance of times gone by. source

I tried to visit and photograph most of the historical buildings and am going to share with you the experience I had.

Being a multi-ethnic city, there are at least four churches, the oldest dating back to 1330 and it's probably the most famous building in the city. I decided to do another blog post with the churches and focus on the rest in this blog. 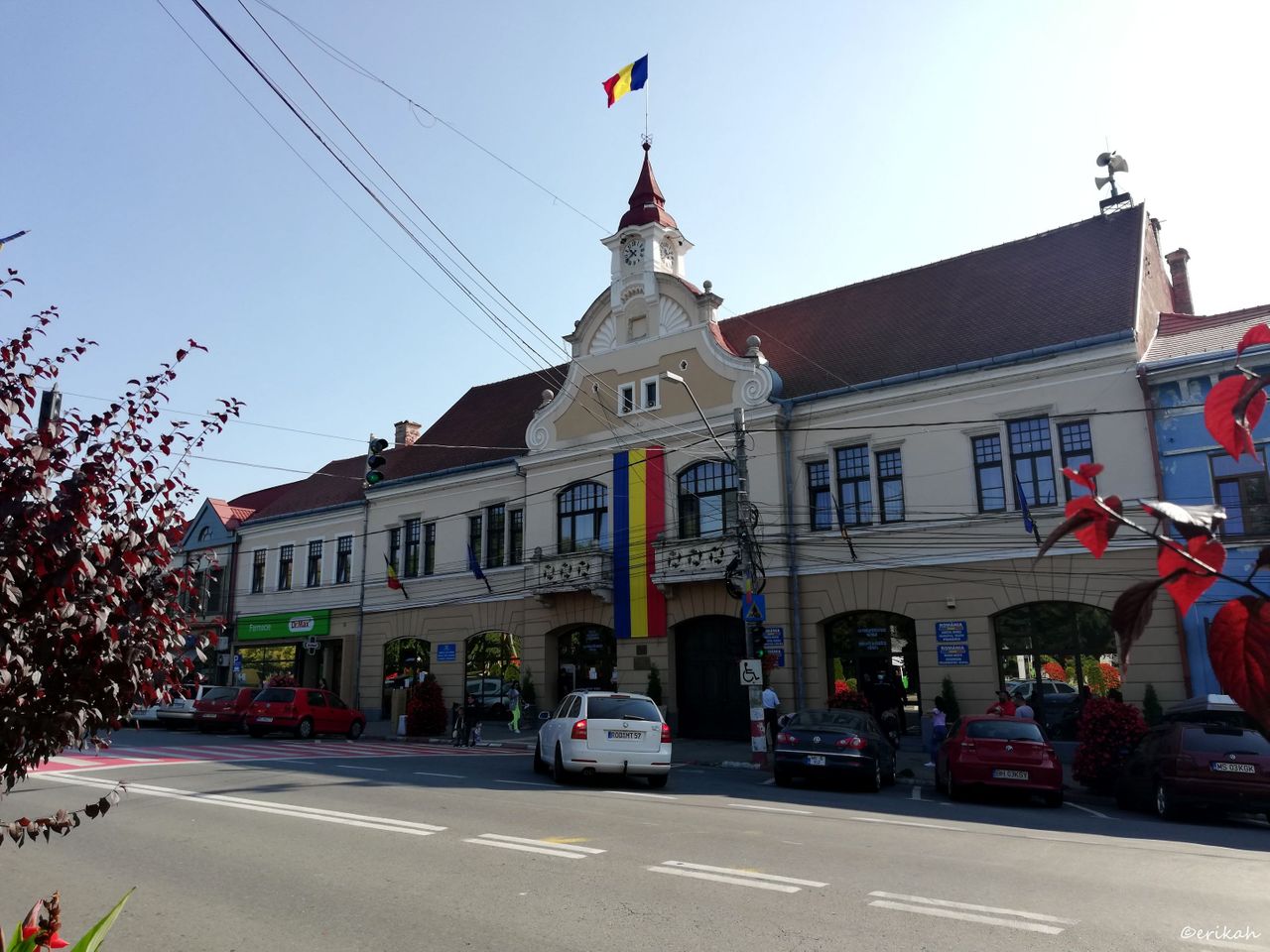 This stylish building is not new, unfortunately I could not find any data on when it was build or what was its previous purpose, but judging by the architectural style, must have been built in the 19th or at the beginning of the 20th century. 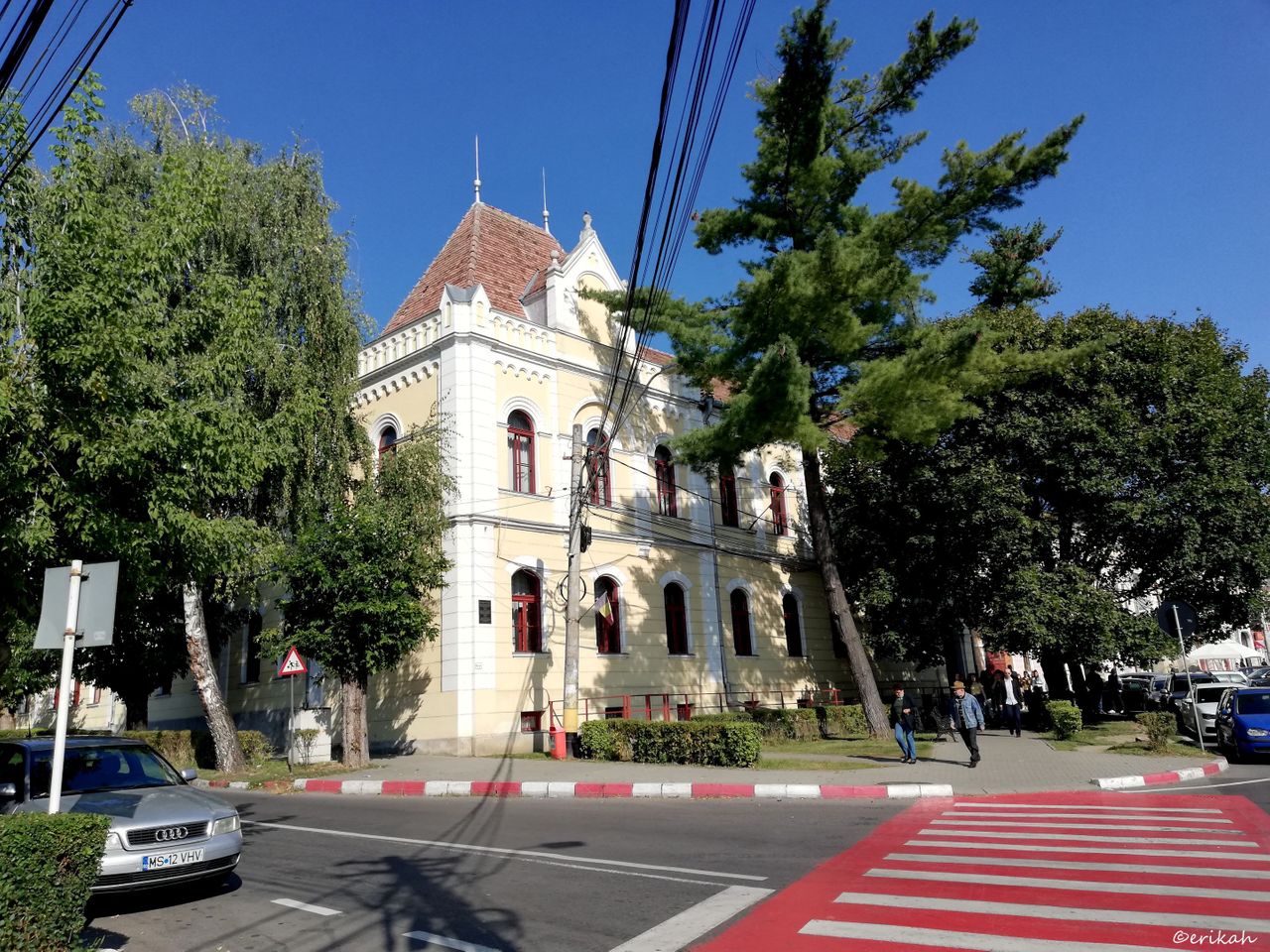 This impressive building is situating in the city center, opposite to the city hall. The building once serves as the district court, then between 1948 and 1956 functioned as pedagogy institute for teachers. The best thing about it is that the old architectural style is still intact. These buildings are now protected by law. 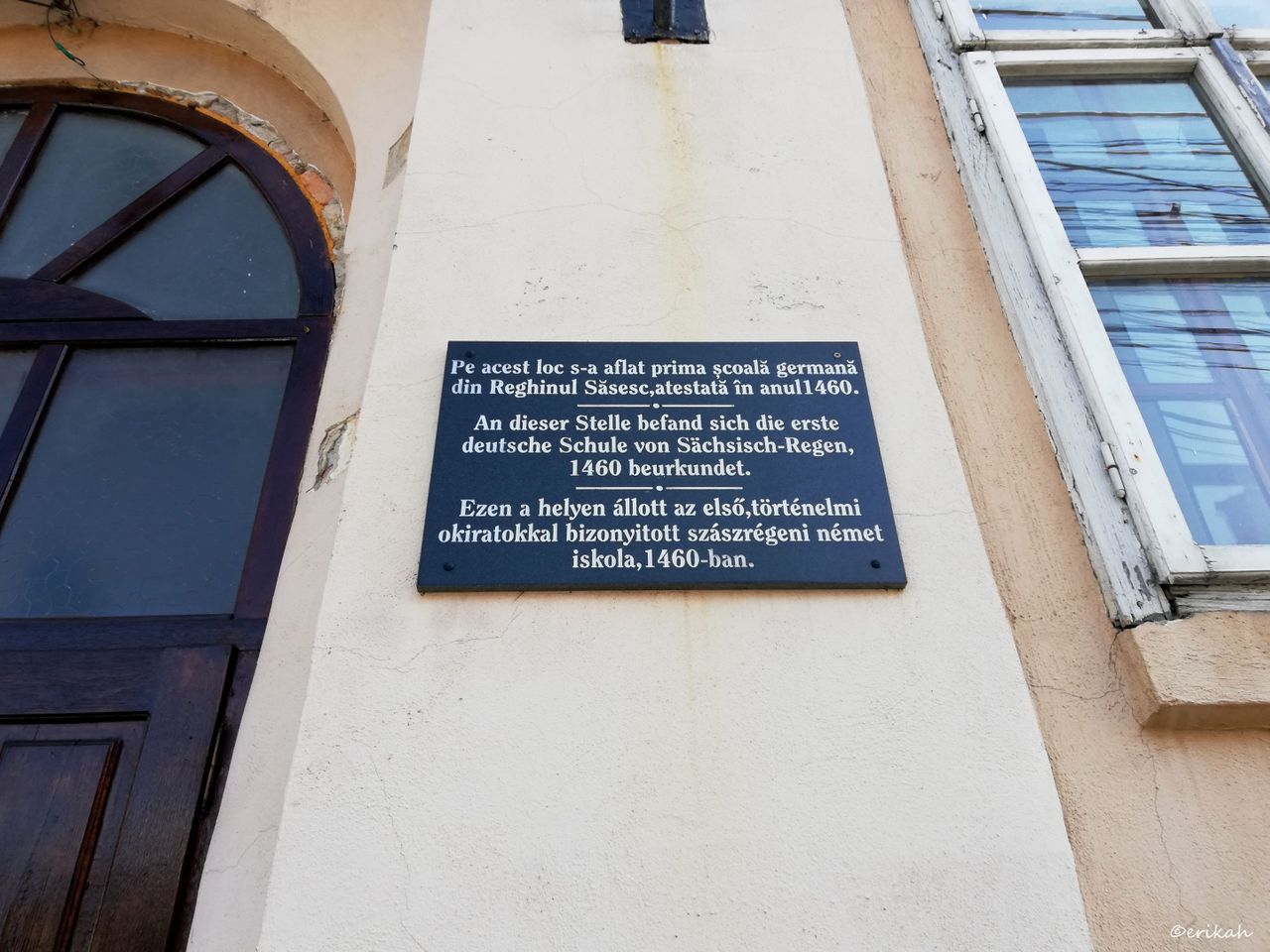 This multilingual memorial plaque says this was the first German school in the city, documented with papers, that dates back to 1460. It is called Augustin Maior now and education is going on on three languages. 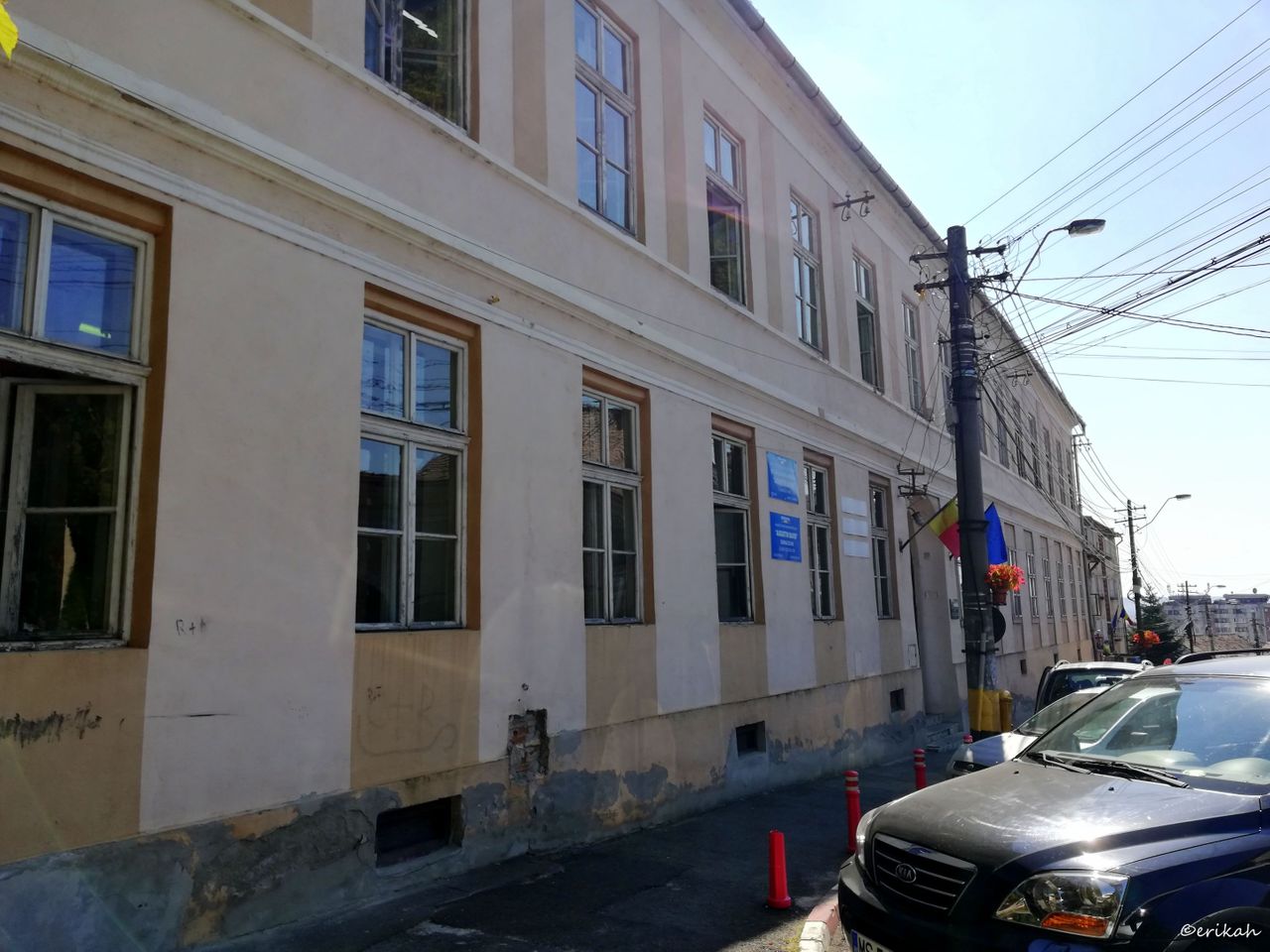 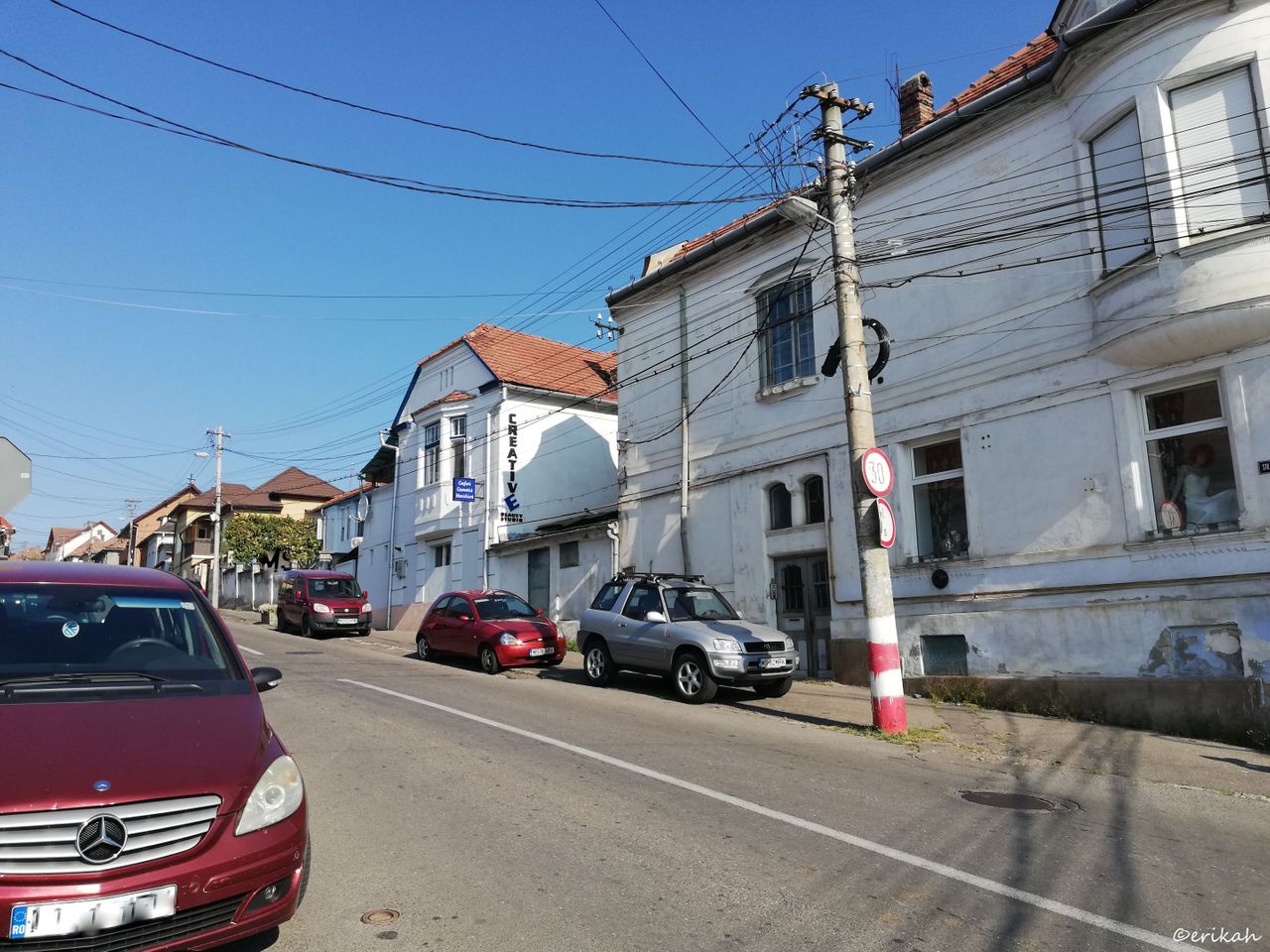 The city center and the old parts of the city is an architectural mix, old buildings mixed with new ones, which is not exactly a good thing. New, shiny, mirror covered banks are standing next to old, almost crumbling buildings. This is what happens when you own a protected building, you're obliged by the law to maintain it in good condition but you don't have the funds. 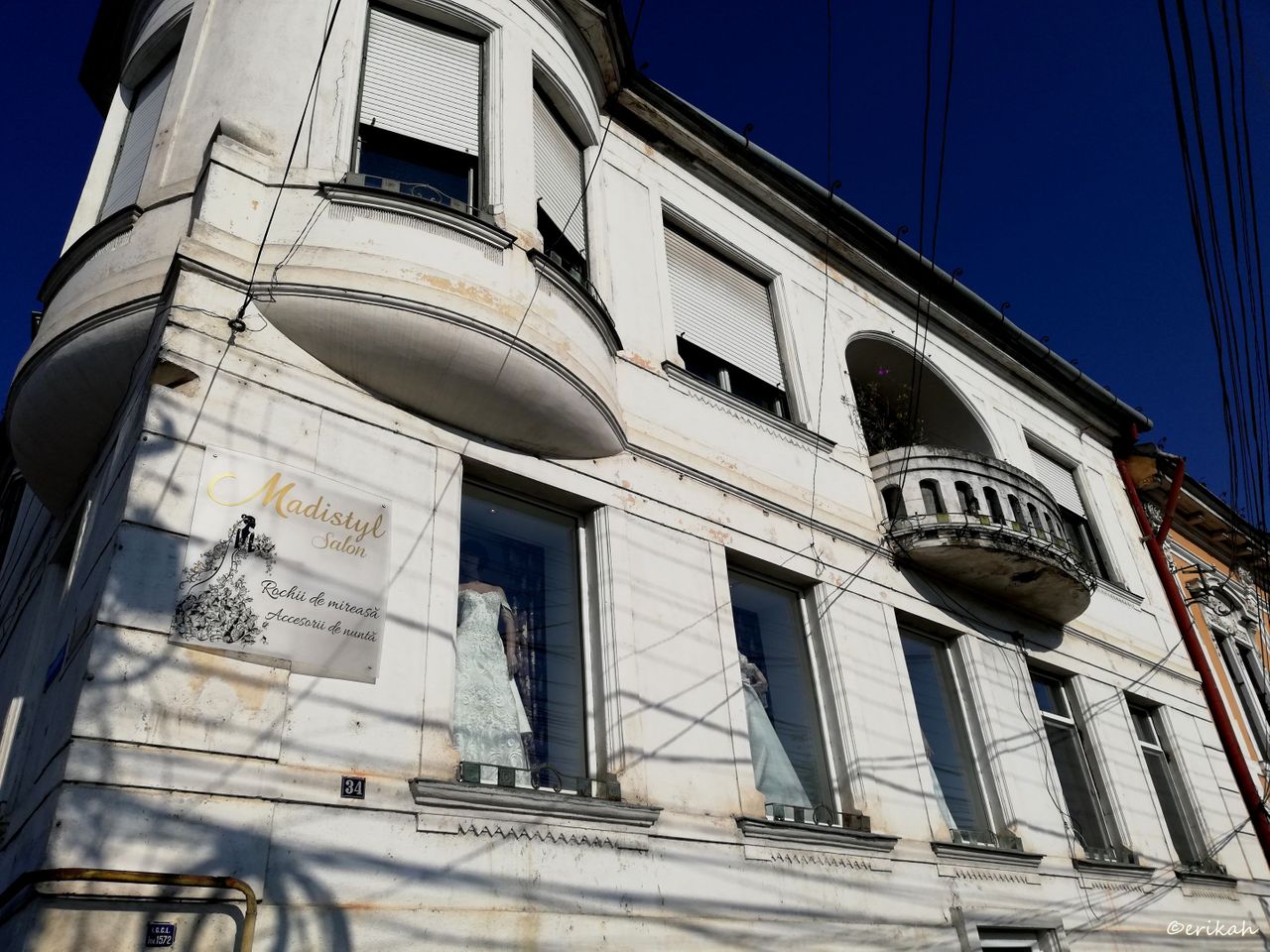 This one for example must have seen better days in the past. From architectural point of view it is a beauty, but needs serious funding to get it restored to an acceptable condition. The easiest solution is to rent it out, hoping the business will do something, which can be a good strategy or not. Mostly not because no one is going to invest in a building without owning it. 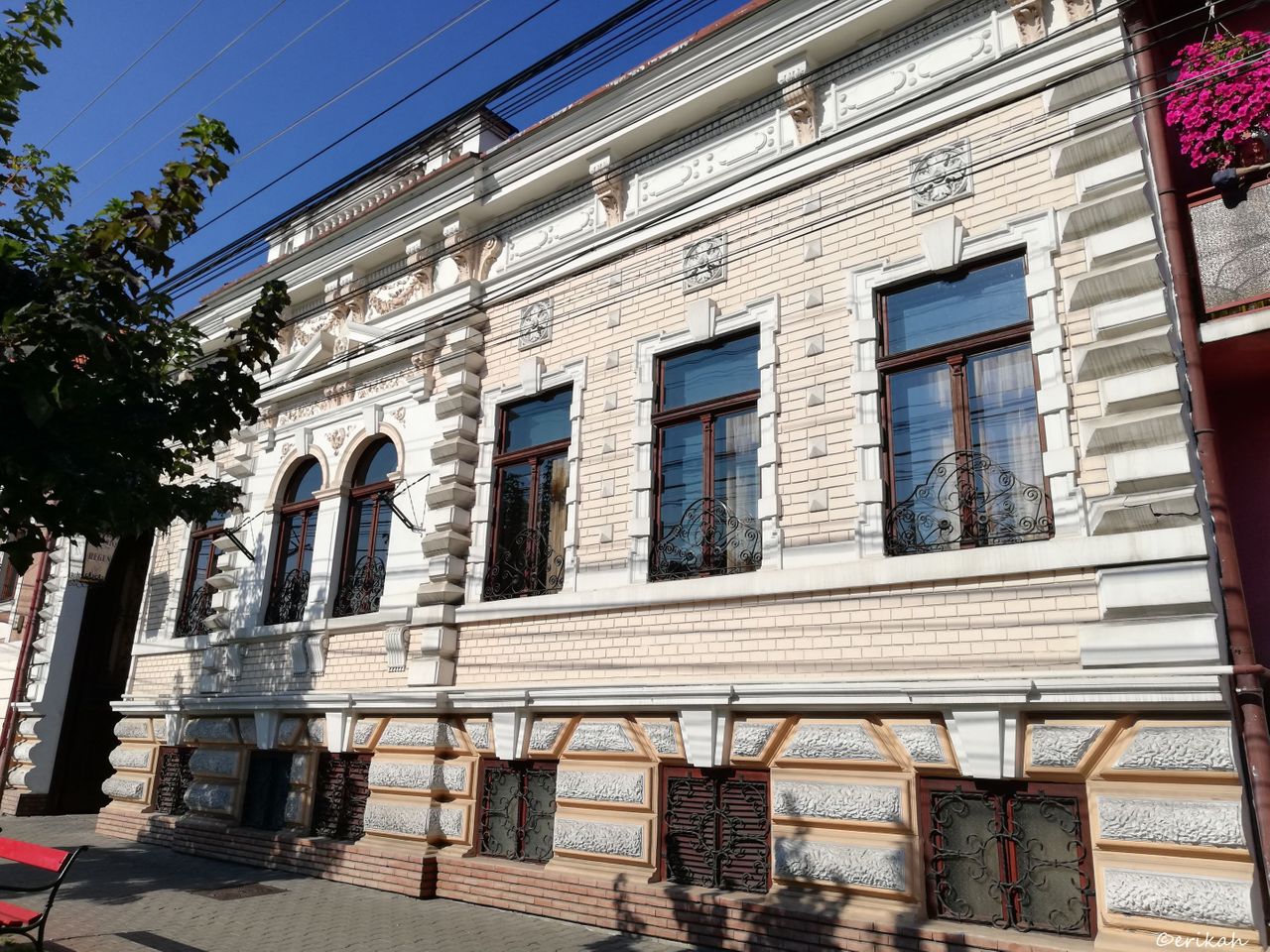 This is a happy case, an old house in a very good condition, a beauty if you ask me. 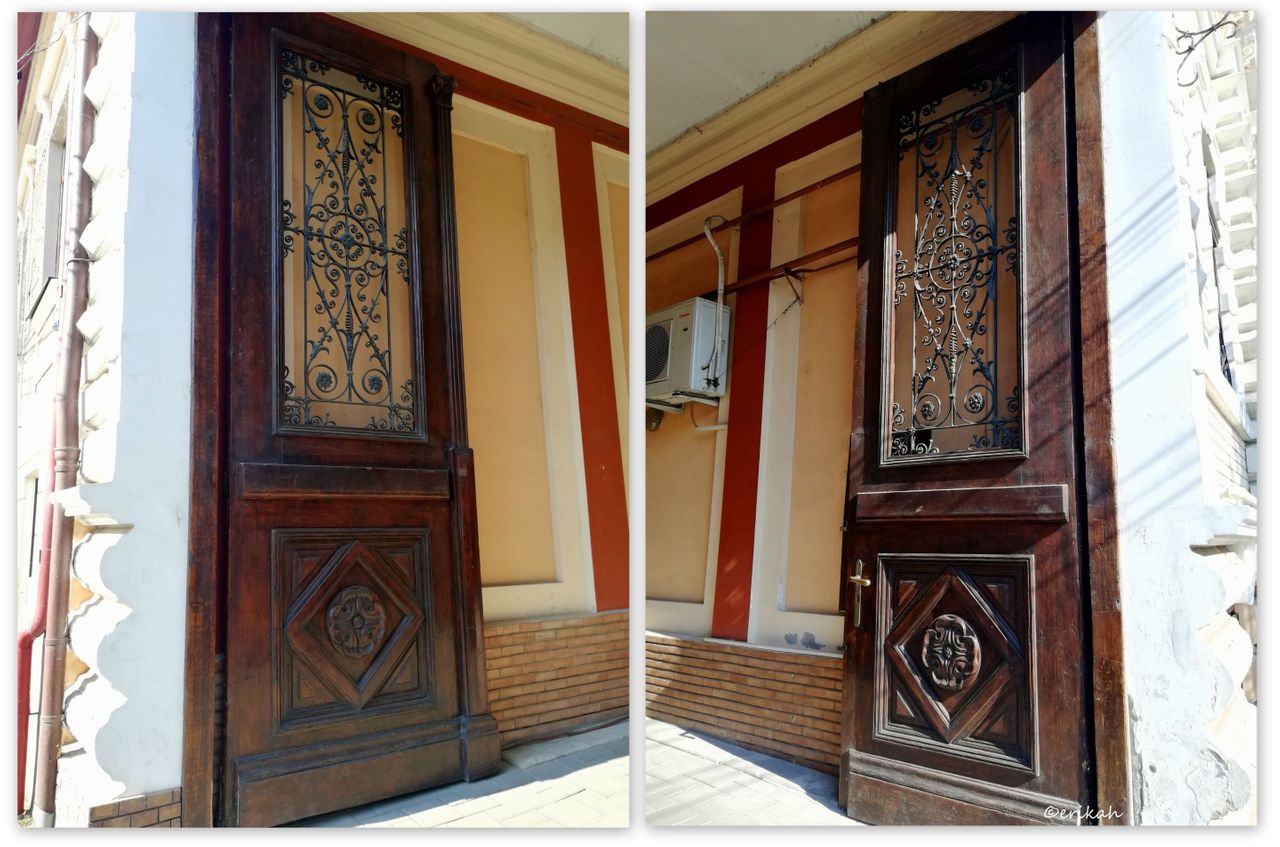 These old houses were build back in the day having high gates, so the carriages could go in and out without any problems. There used to be two types of gates. This is one of them, where there door has two pieces. 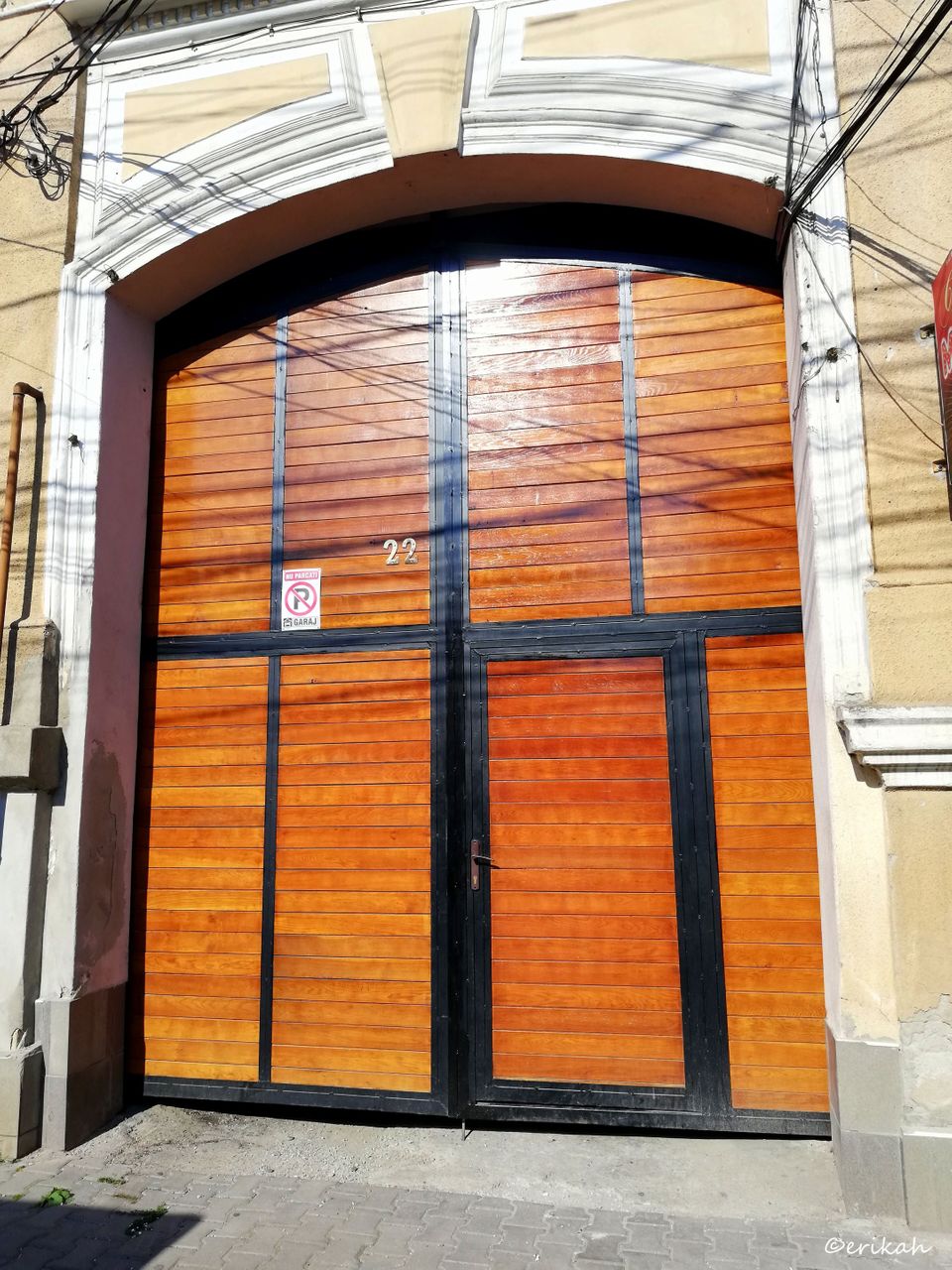 This is the other type where there's a smaller door incorporated, that served for people. You usually see these types of gated in Transylvania in cities and/or villages with Saxon population. 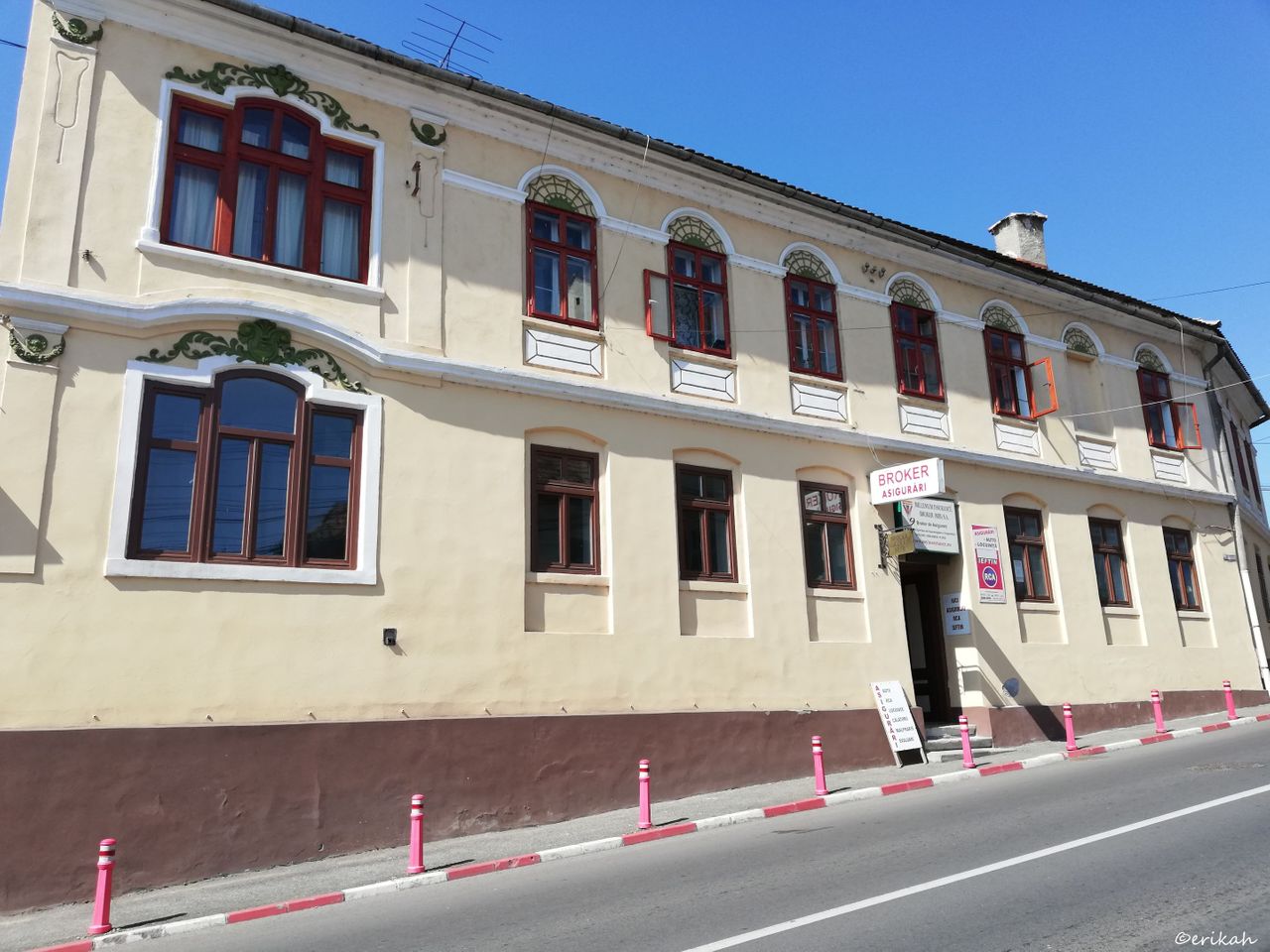 This is another example how beautiful houses were back in those days. This one is also well maintained, I suppose has been recently fixed up. It is in the city center, opposite to the Lutheran church. 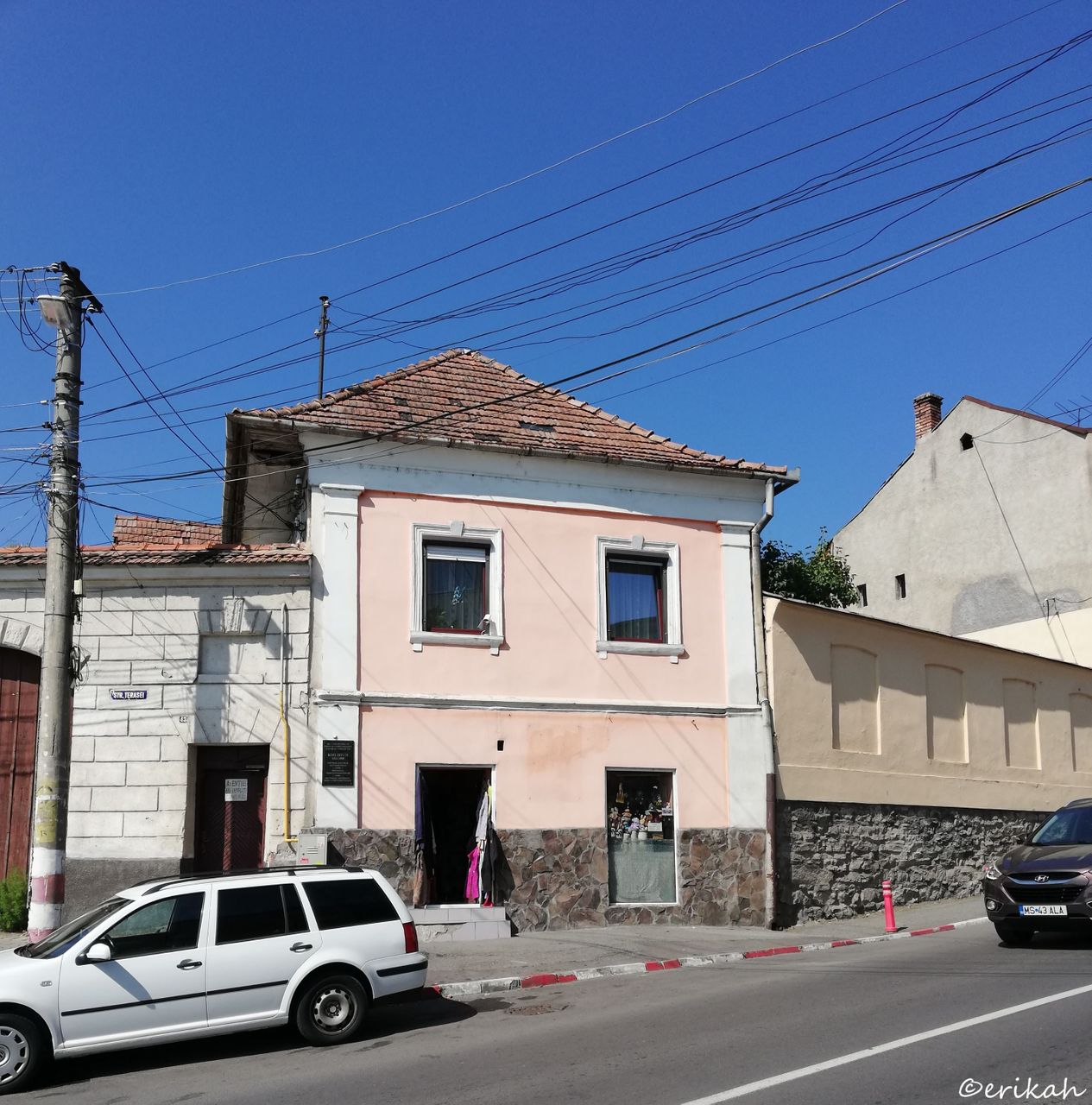 An interesting memorial house that is lost and disrespected in a way is this one. 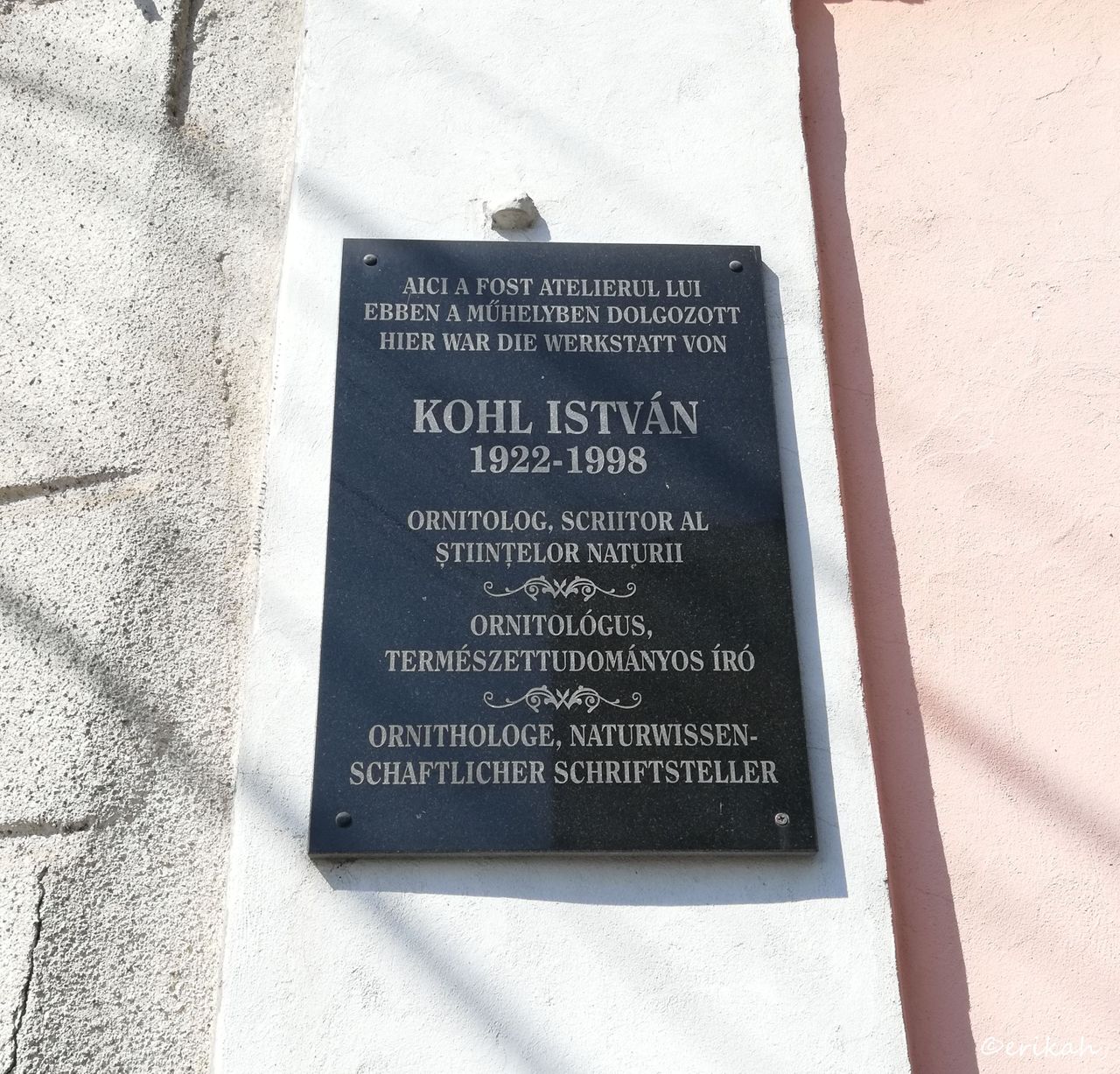 This was the house of a famous ornithologist, called Kohl István, who lived between 1922 and 1998. Over the years Kohl István has managed to get a nice collection of bird, which is now displayed at the local museum. Apart from this memorial plaque, nothing suggests it's been an important part of the city's life. There's a second hand clothes shop on the first floor. Totally inappropriate. It should have been a nice museum here, included in the touristic offer of the city. 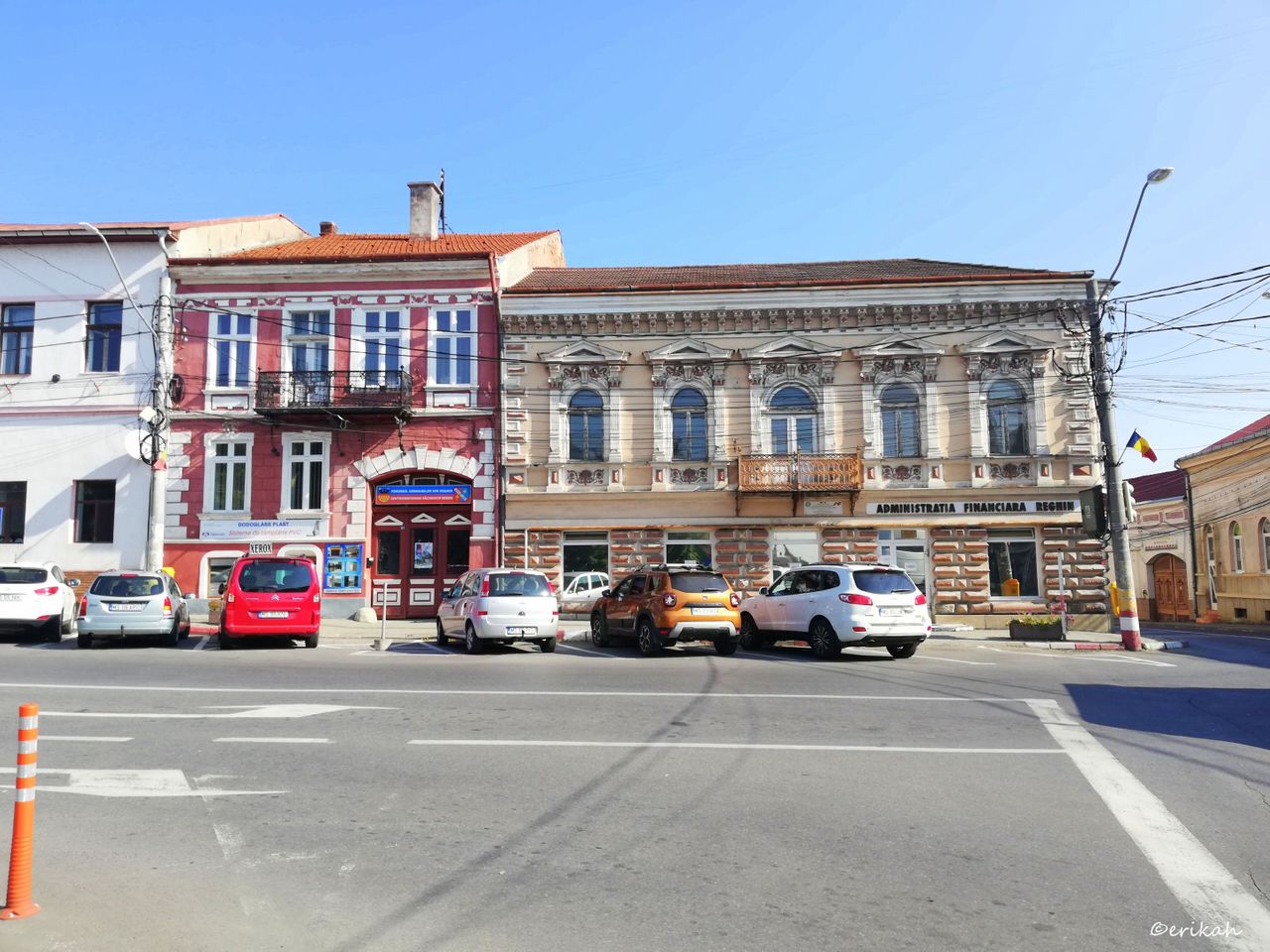 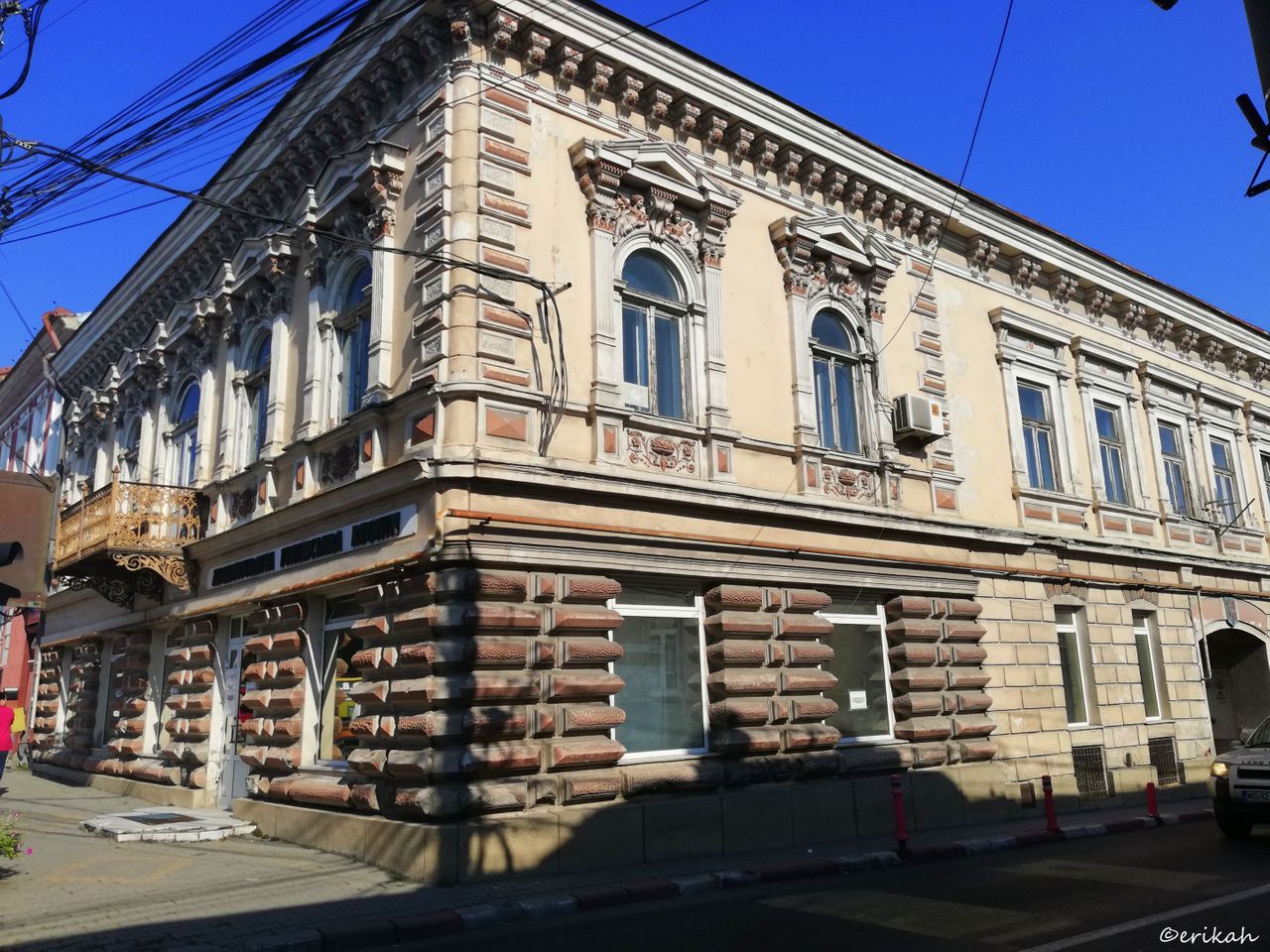 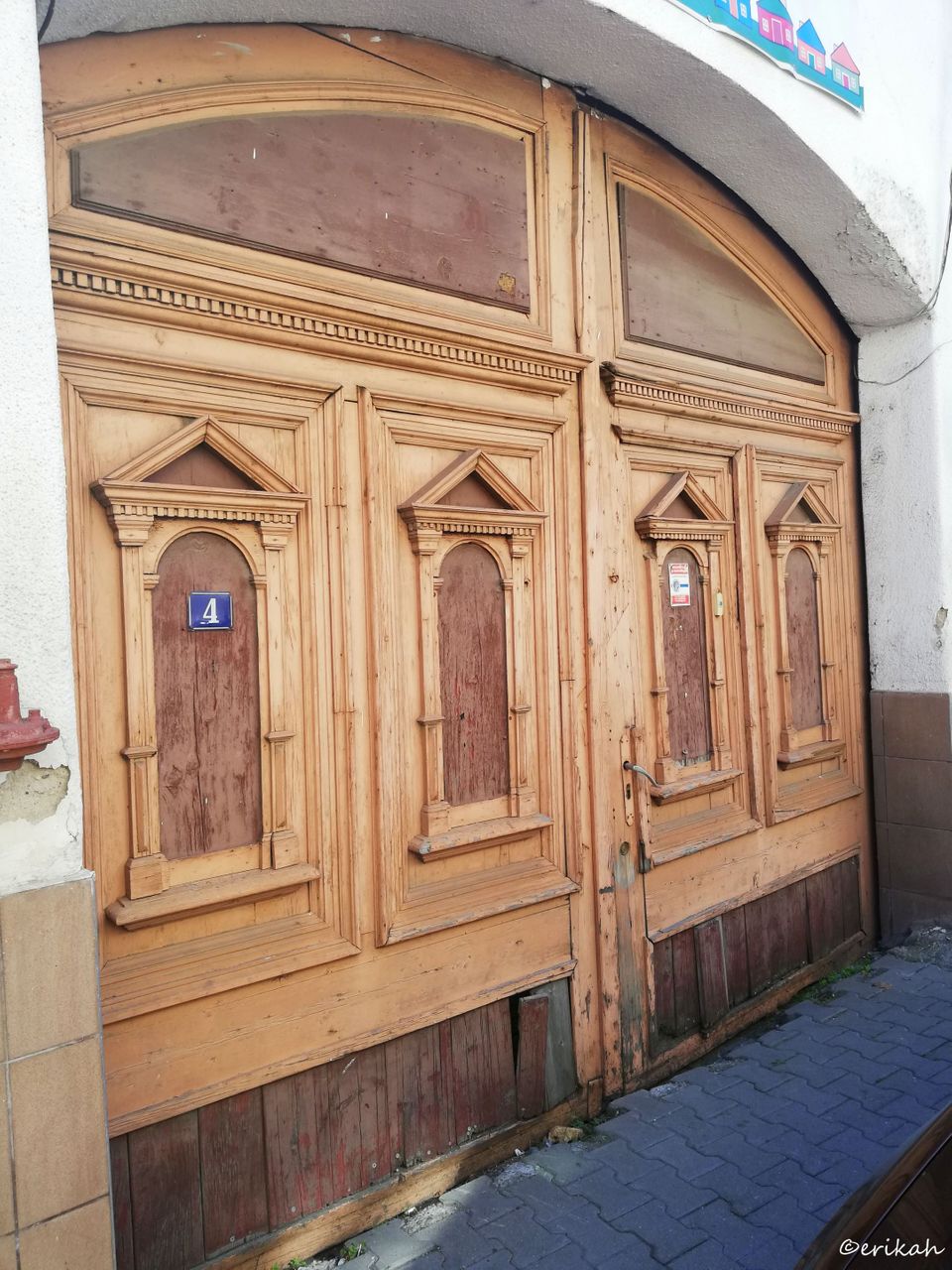 Most of the buildings are of the same style, reflecting the architectural style of the era those were built. If you go toward the outskirts of the city, you find old beauties like this wooden gate for example. It has seen better days, undoubtedly, but as a design, it's still very interesting. 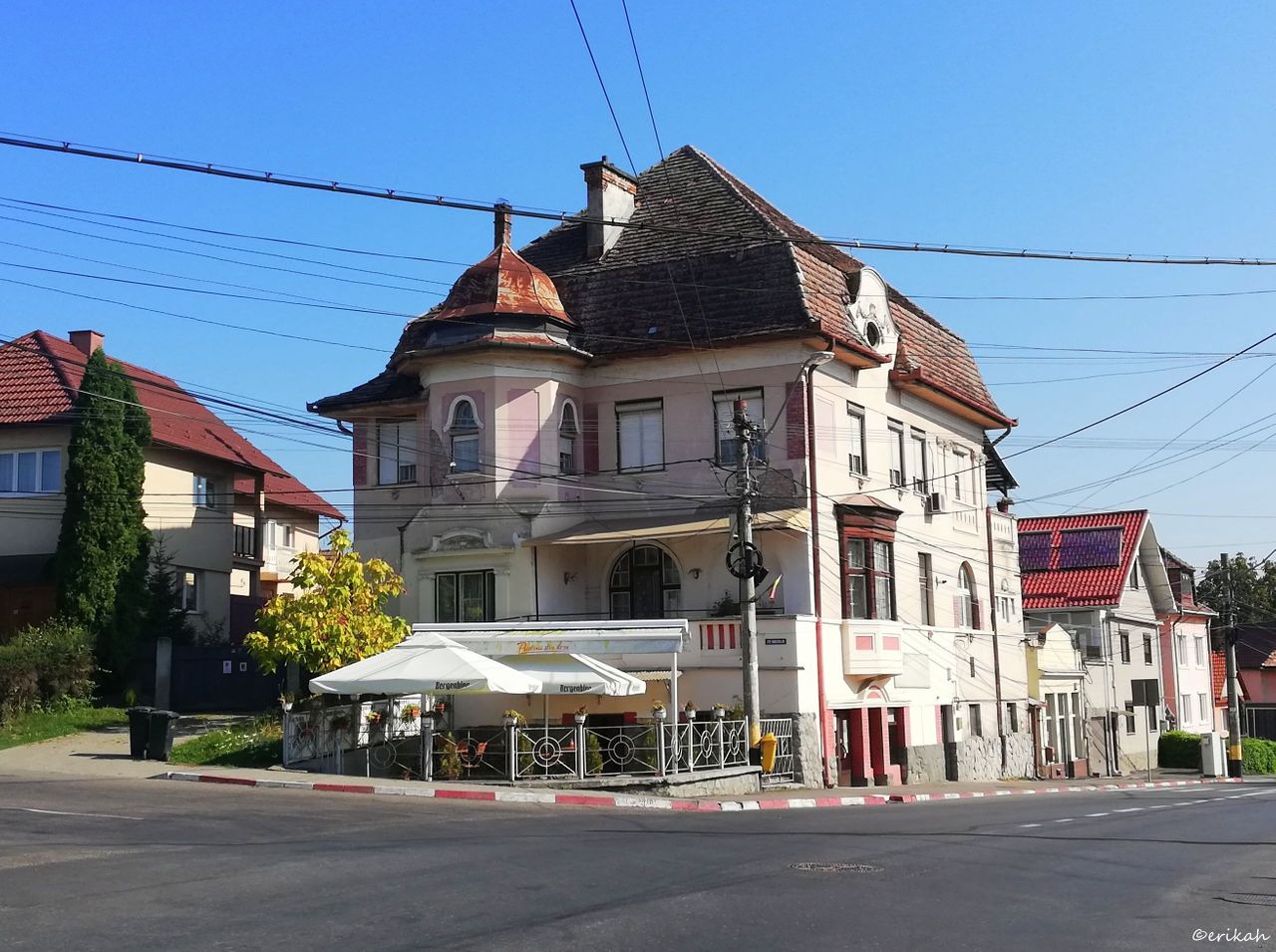 Wandering around the city I bumped into this interesting building. It must have qualified as a palace back in the day. Now it's just a normal building with an interesting design. Still it is valuable and I hope it is protected.