And after all the hustle and bustle and moments of peace at sunset that Mumbai gave us, after long traffic jams we arrived at the airport. A really big country that you can fly over and always be impressed.

So we had to return to the capital, we returned to Delhi, there were still things to see... after visits to the most iconic monuments, the most official ones too, to mosques of extraordinary dimensions and strolling through the most popular neighborhoods, dodging more people through narrow streets and quickly crossing streets full of life. This time, this second part was going to be different.

We returned to Delhi, but in a more relaxed way. We were able to enjoy a festive atmosphere as Diwali days were approaching, and we also celebrated our own holiday, the National Day at the embassy. Quite a contrast.

And we continue to discover spectacular places, we could title this part of the trip that will soon end, as "spirit and fight". Because we started in a temple, spiritual, wonderful.
The Lotus Temple, with its beautiful 27 white marble petals. A sacred place for a peculiar religion, the Baha'ï religion which has 7 temples distributed throughout the planet. Shortly before seeing this one, I was able to visit the another one they have in Evanston, Chicago (perhaps I will do an article about this other place), its architecture stood out, oriental, in a place that we do not expect to find a building that is also white but different from this giant flower. Each one is unique and special.
It seems extraordinary to me and without even entering, from afar, its vision exudes peace. We moved on and returned to a less relaxed area, back to the Old Delhi we met again with the frenetic pace that I was also getting used to. And in front, an imposing red facade, a new red facade and a new Red Fort, like the one we saw in Agra (next to the Taj Mahal). Very similar to the naked eye, but in a different environment, and this time, much sunnier. 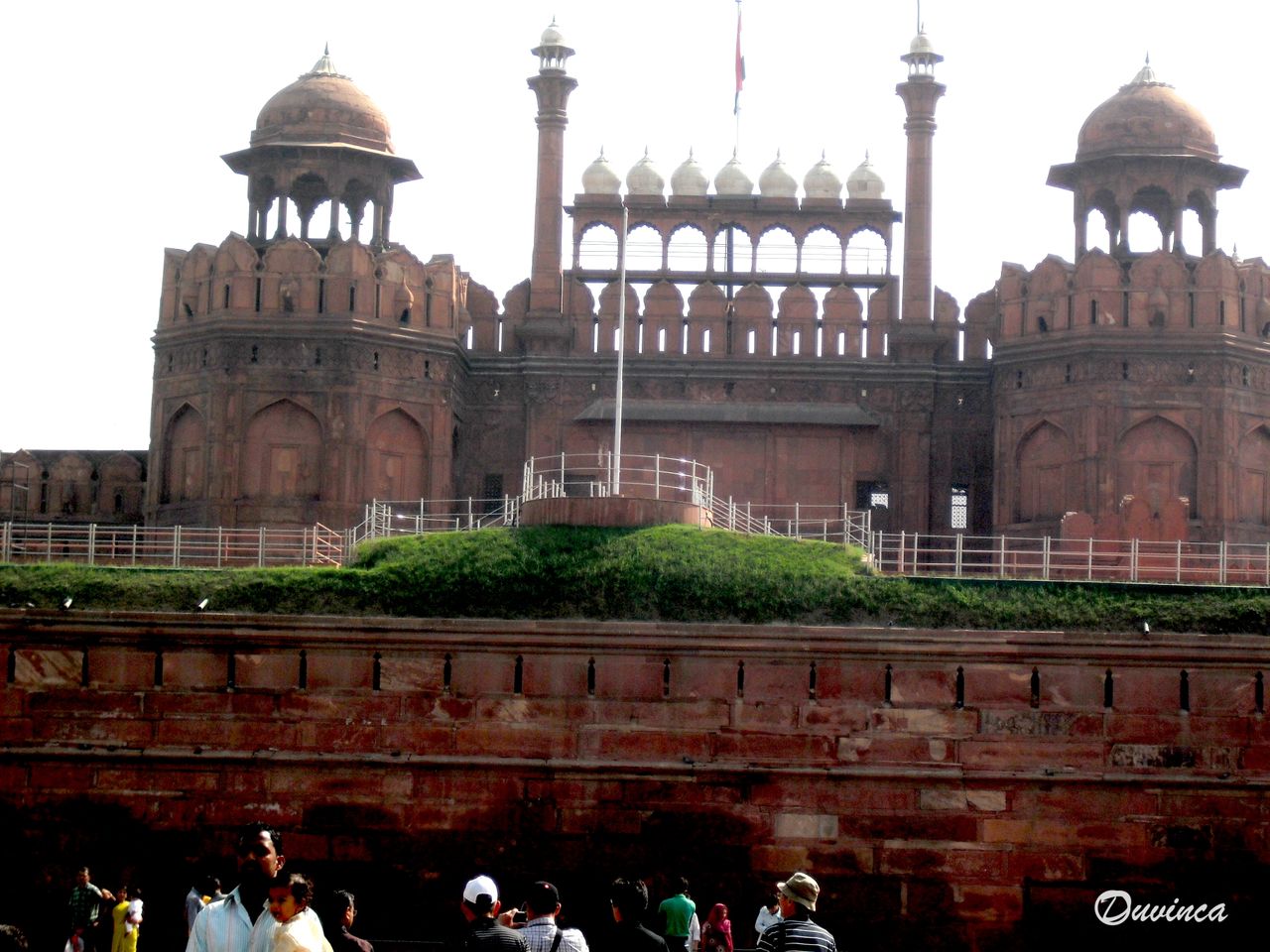 This Red fort was the palace of the capital of Shah Jahan's kingdom, built between 1638 and 1648 and a UNESCO heritage site since 2007. It was occupied by the British until India declared its independence in 1947, and when the Indian army then used as a fort. 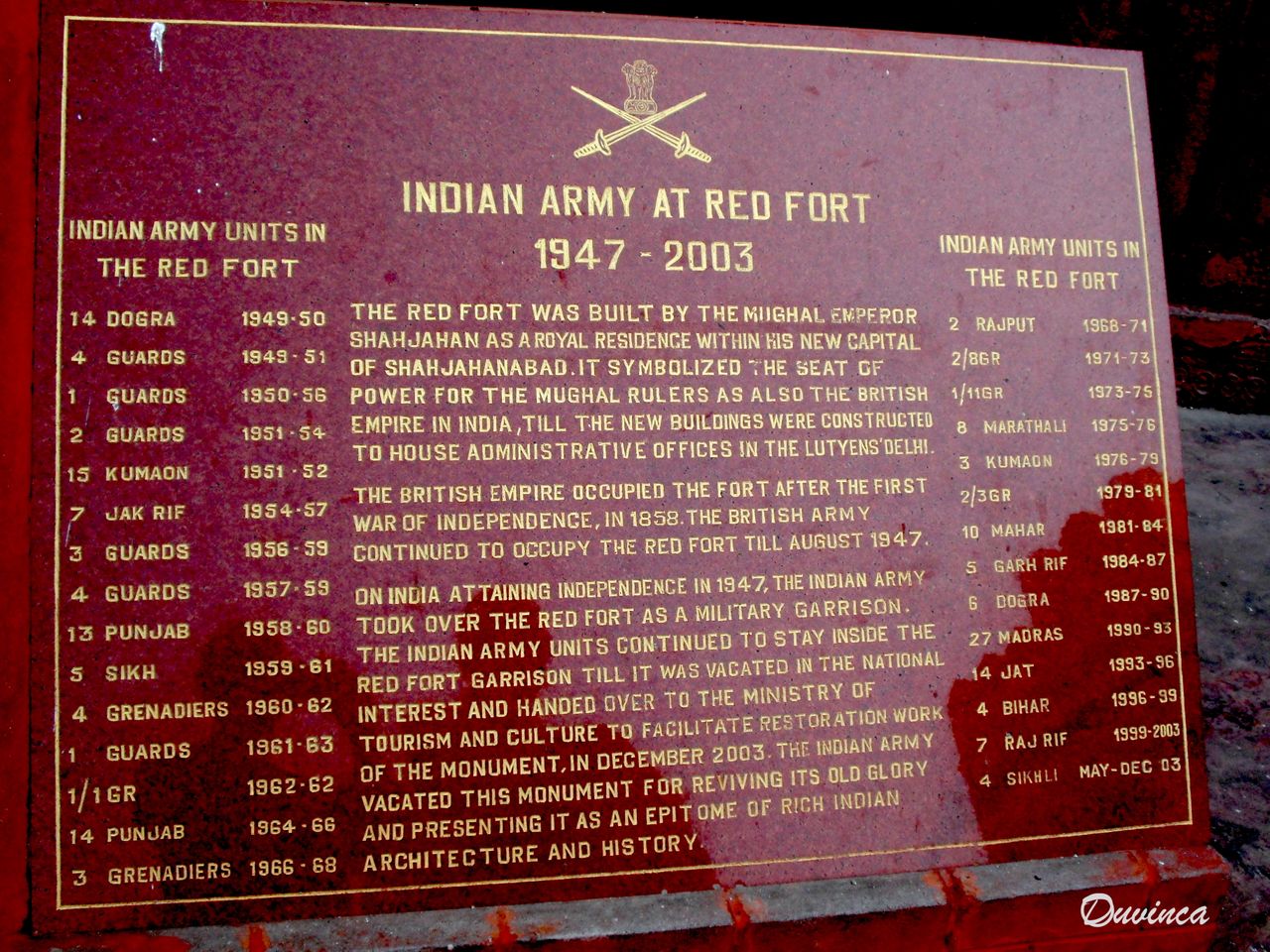 Its enormous red sandstone walls are impressive, more than 6 kilometers long with a height of more than 30 meters, in some of its sections, and the two beautiful access gates, such as the Naqqar Khana or main gate, are impressive. 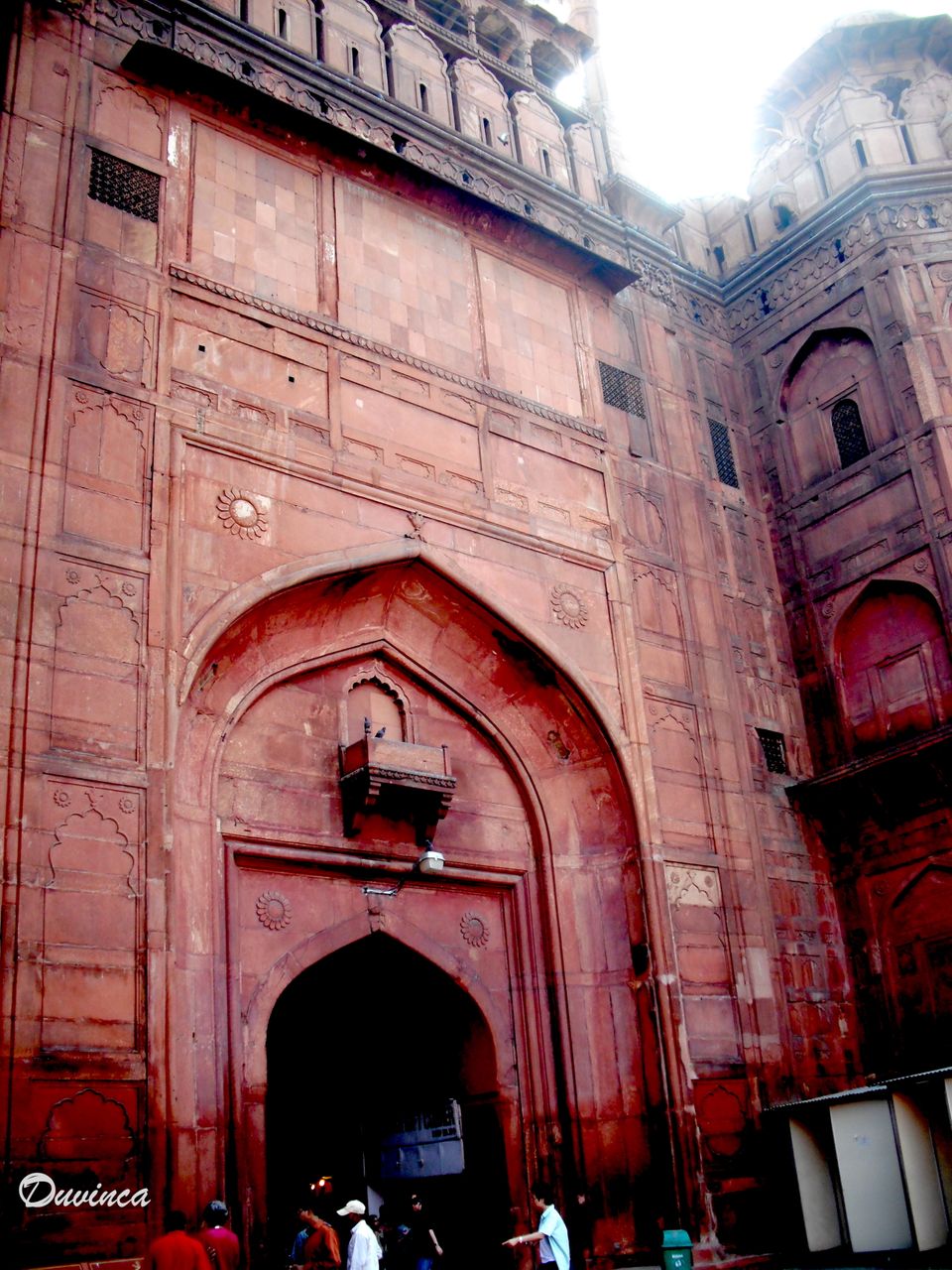 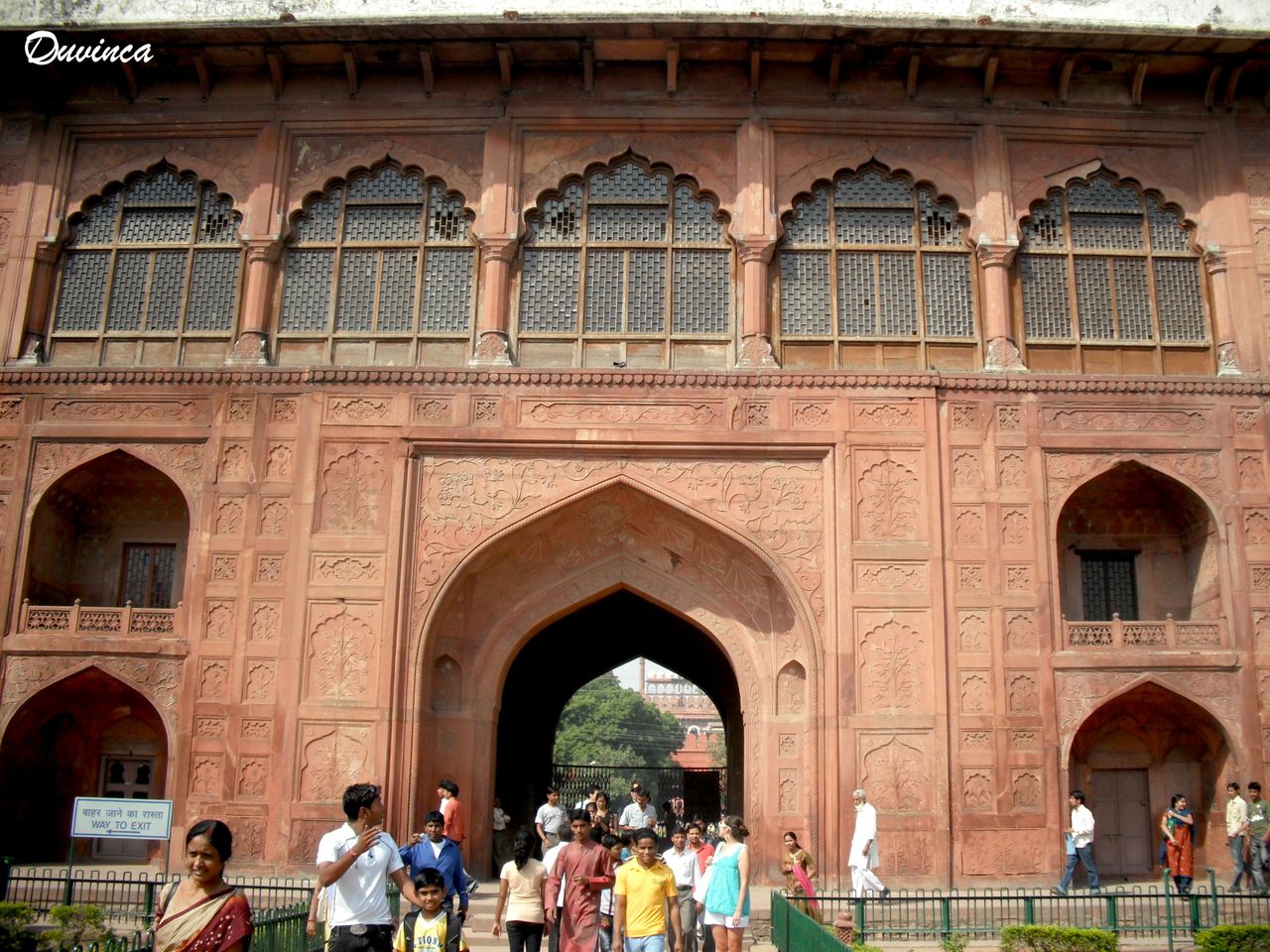 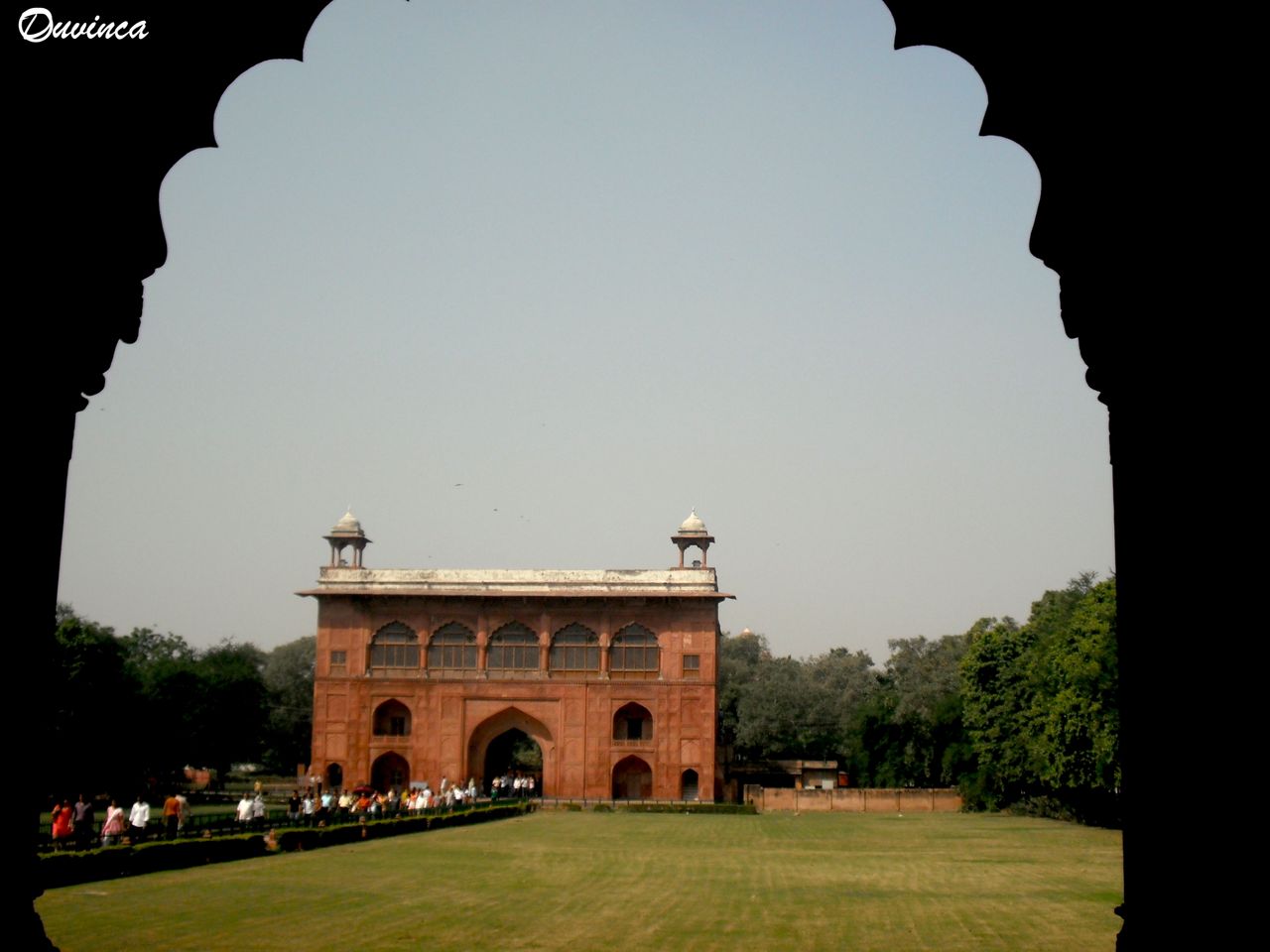 The interior may not impress us as much, but we can see a copy of Solomon's throne, imperial apartments, several pavilions and extensive green gardens. 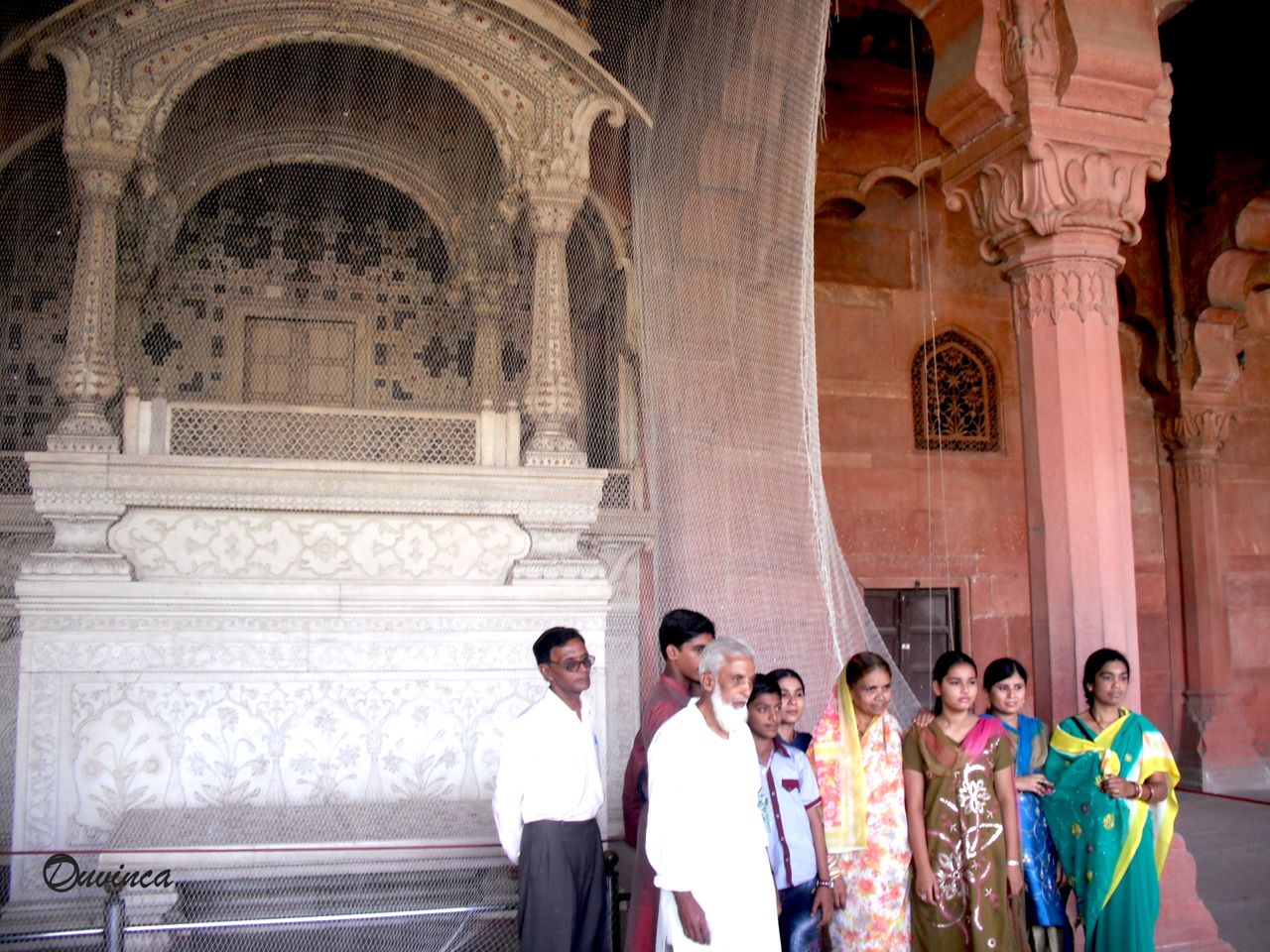 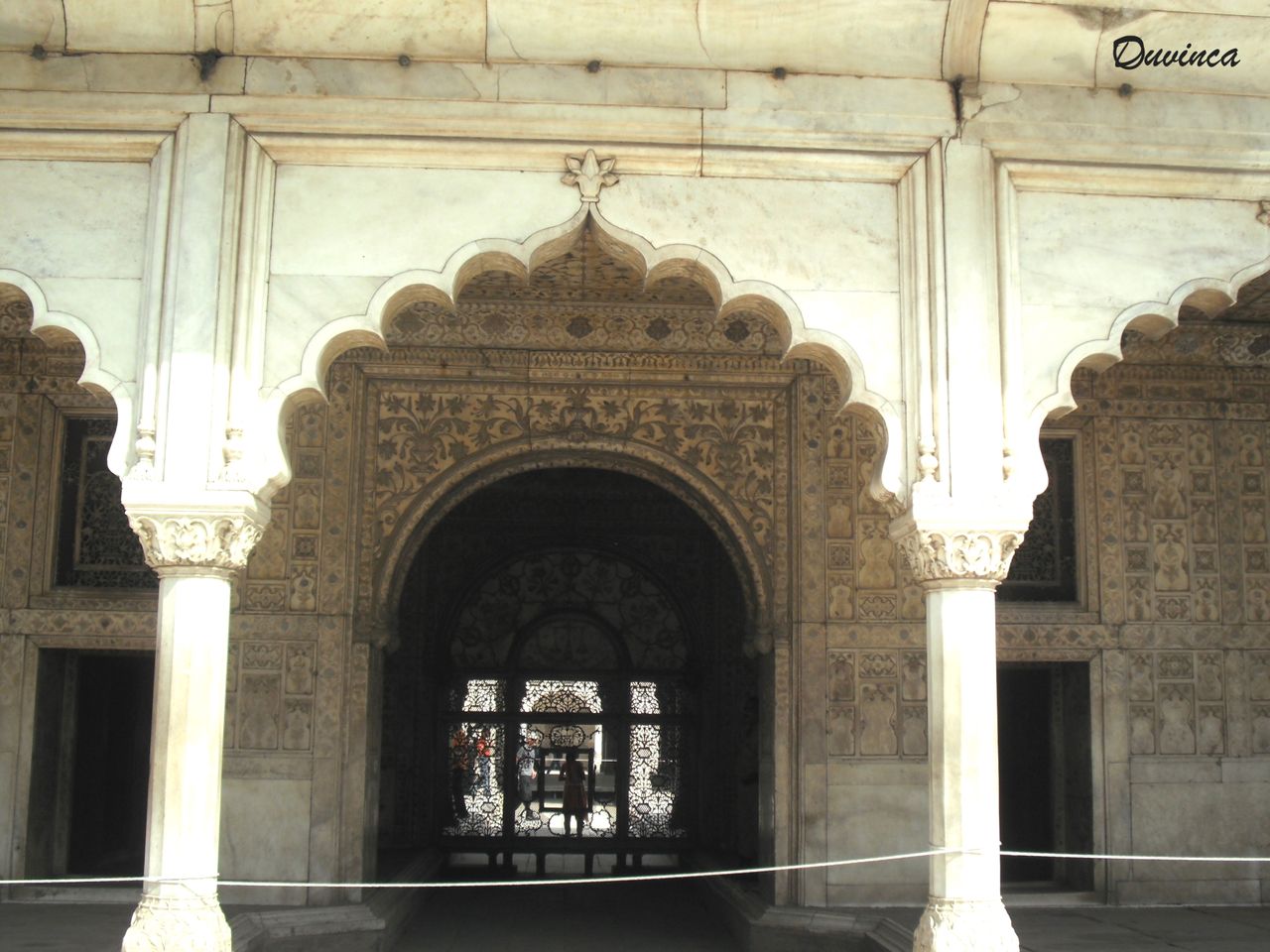 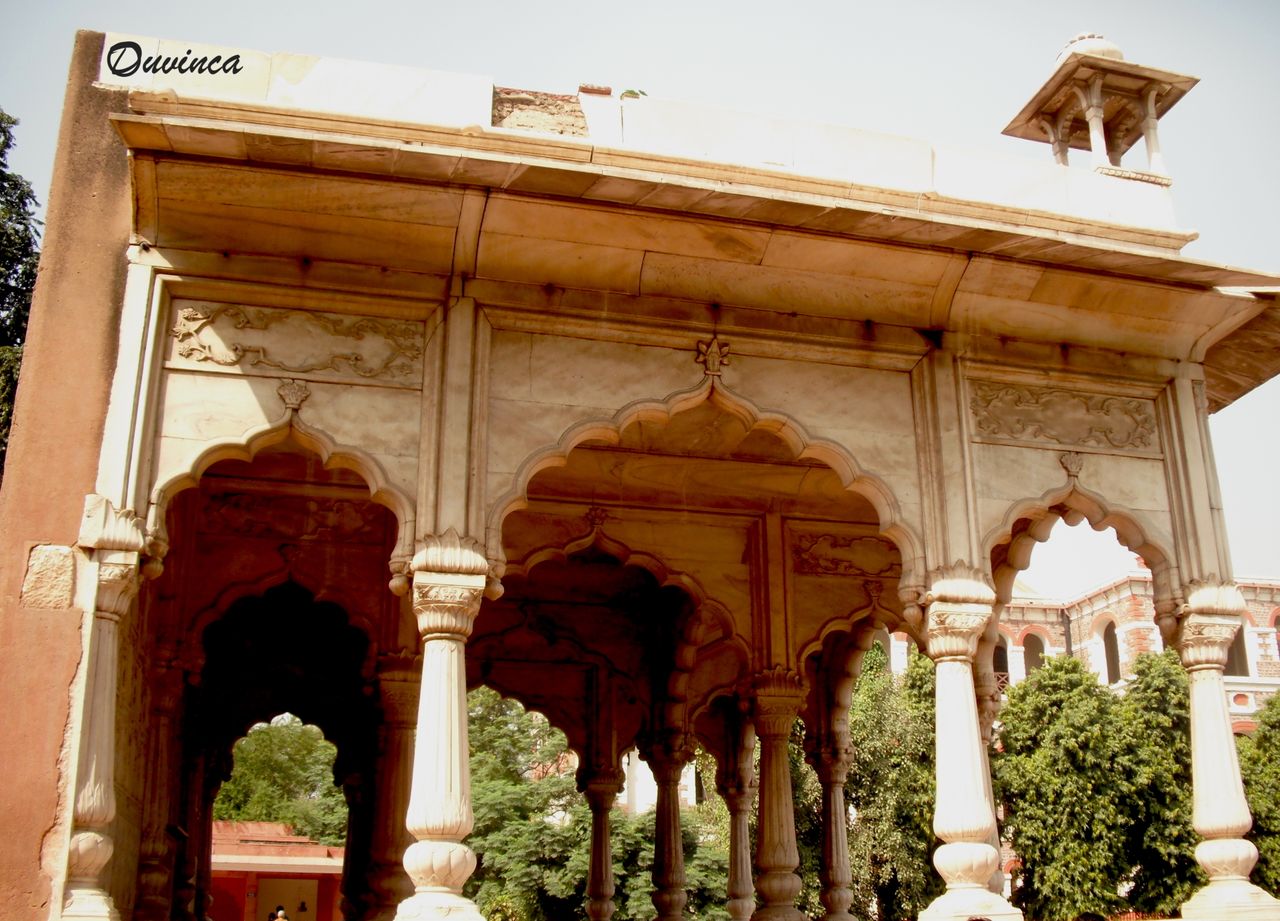 And we finished the penultimate stage in another place of peace, just as we started... in another sacred temple. The Akshardham temple, of majestic dimensions and wonderful domes. It is the largest Hindu temple in the world and is located in a strange place near a road already on the outskirts. Contrary to what it seems, it is not old but quite recent, it was inaugurated in 2005, although it took decades and many delays occurred in its construction. Something very relevant is that it is built only with sandstone and marble, and no steel or any other metal was used, not even in its structure. And despite that, it remains robust and firm, a divine and unmatched beauty of Indian architecture. 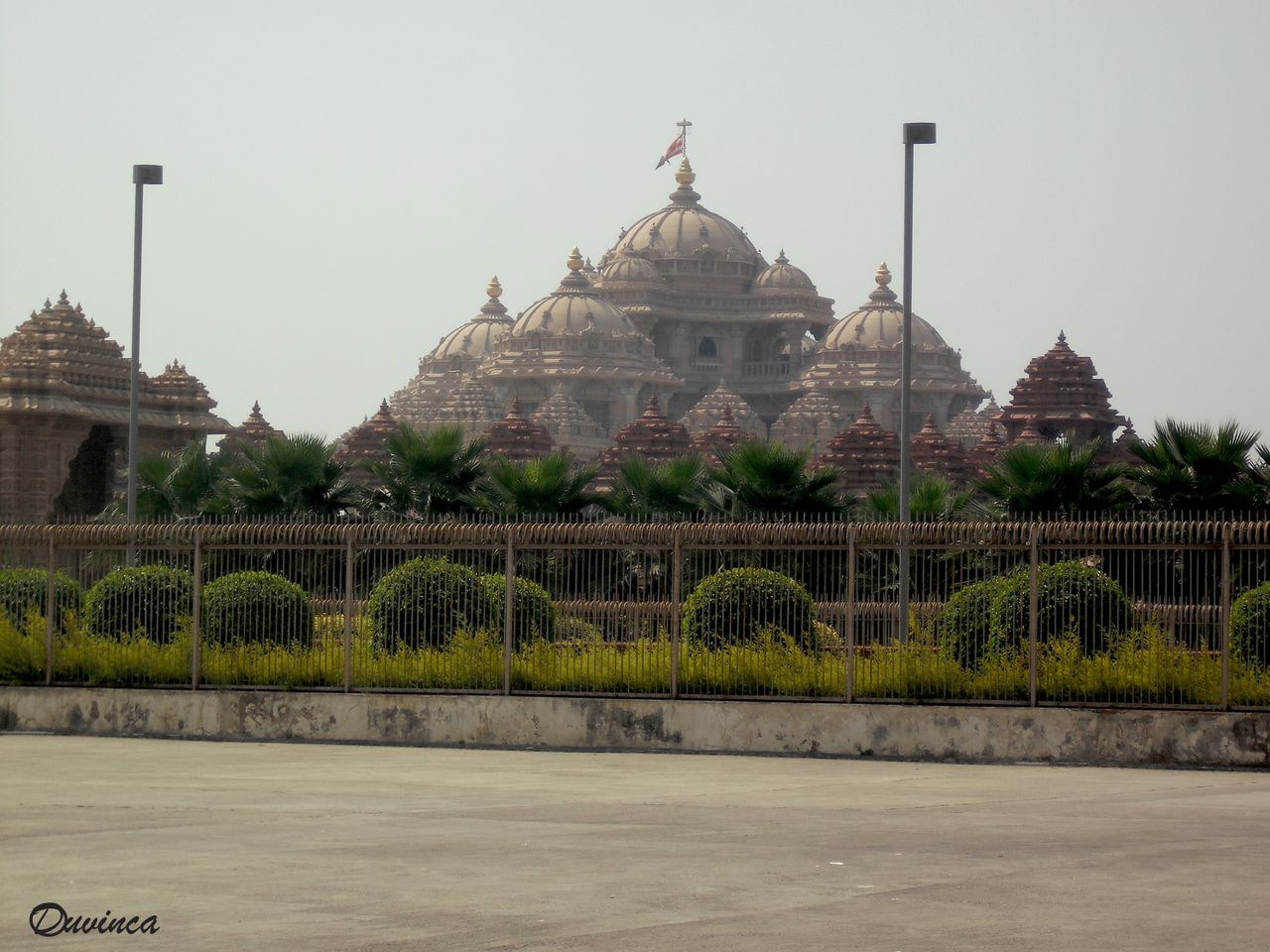 Around you can see many buses that are filling the parking lot, as thousands of faithful come to this temple of incredible beauty. Because India is amazing. This time, temples that mean spirit and another fort more that can mean fight... in the past.

And in the future, there is only one chapter left, one last place that we are going to tell, another haven of peace and more beauty… very soon we will finish this trip.

Thanks so much for reading. Soon the next stop... Have an incredible day!

The text is mine and the photos are mine too ©Duvinca 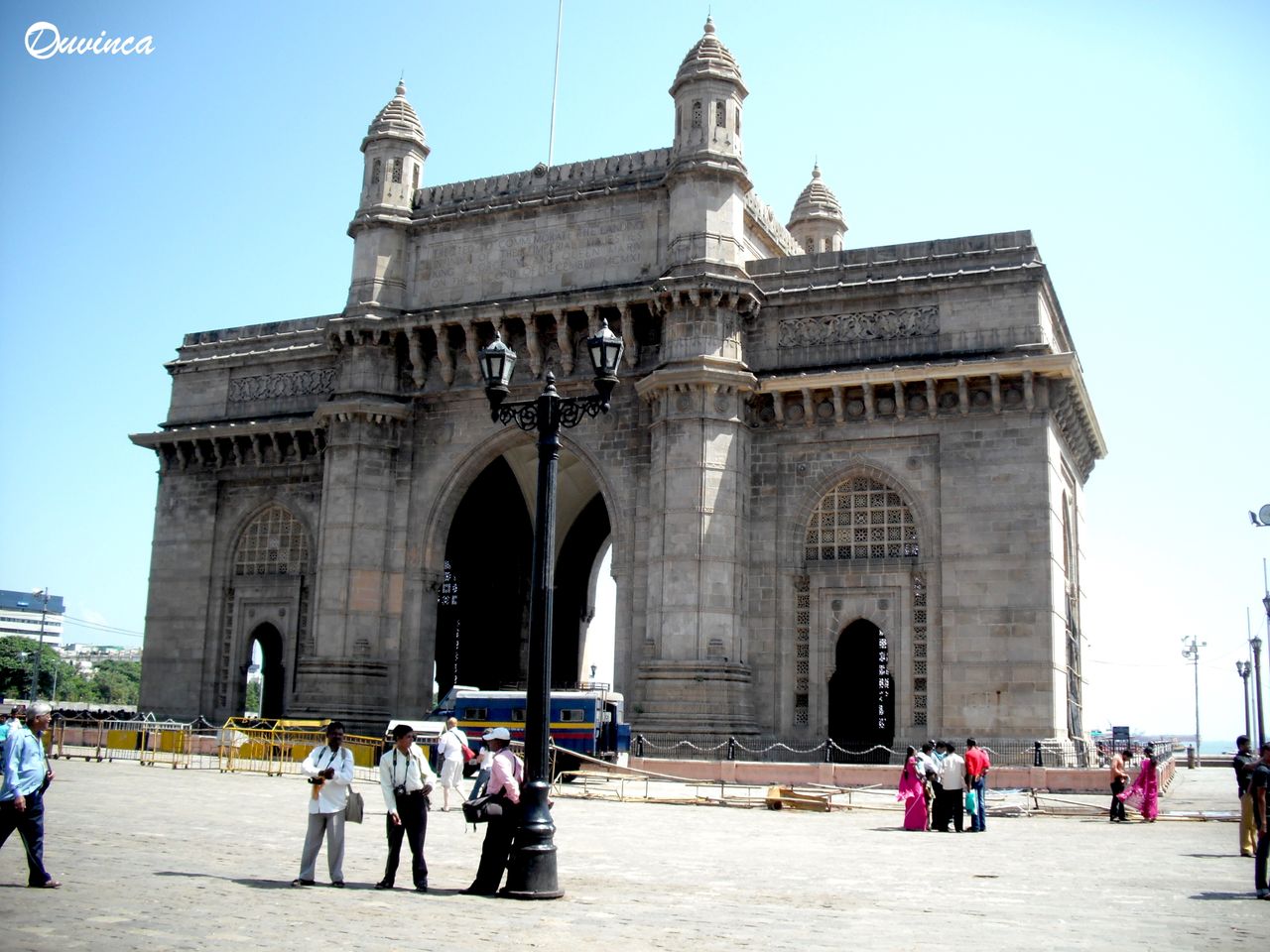