Today, when I sit at my home in Kostroma, listening to the rain beating outside the window and drinking with pleasure the Crimean wine that I brought from my trip, I am especially pleased to see the beauty of the Crimea that I saw.

This was not my first trip to Crimea, and probably not the last. This small peninsula has an odd appeal. The natural beauty of these places, combined with the warm sea and generally hospitable people, make Crimea just a great place to relax.

This year, the picture of the world has been clouded by a pandemic. All kinds of restrictions on movement, the inability to fly to Europe affected the fact that there were a lot of people at our domestic resorts.

When I was going on a trip to Crimea, I was very worried that I would be uncomfortable if there were a lot of people in my places of rest. But everything was fine.

Many people were there, where there are always a lot of them. The entire southern coast of Crimea, around the city of Yalta, is where most of the tourists and vacationers gather. But I choose routes that are off the main roads. On the one hand, this makes my vacation cheaper, on the other hand, it makes it easier for me to breathe when there is no one around.

One of these discoveries for me is the coast of the Azov Sea. I used to think that Azov is always dirty and with a lot of jellyfish. It turned out not to be so.

The Sea of ​​Azov was amazing this year. Moderately warm and clean.

Then, the westernmost parts of Crimea are rich in beautiful beaches. I must say a big thank you to the construction of roads in Crimea. Now there is a high-speed road "Tavrida", which leads from the Crimean bridge through the Kerch Strait and through Simferopol reaches Sevastopol and has branches to the west towards Evpatoria.

Now you can quickly and calmly get to the farthest corners of Crimea. Previously, such trips caused a lot of problems. It was necessary to carefully monitor the road so as not to fall into a hole.

Now Crimea is getting better and more convenient.

In this post I have collected several panoramic photographs, which are collected from several frames, so as to show the beauty of the Crimea. 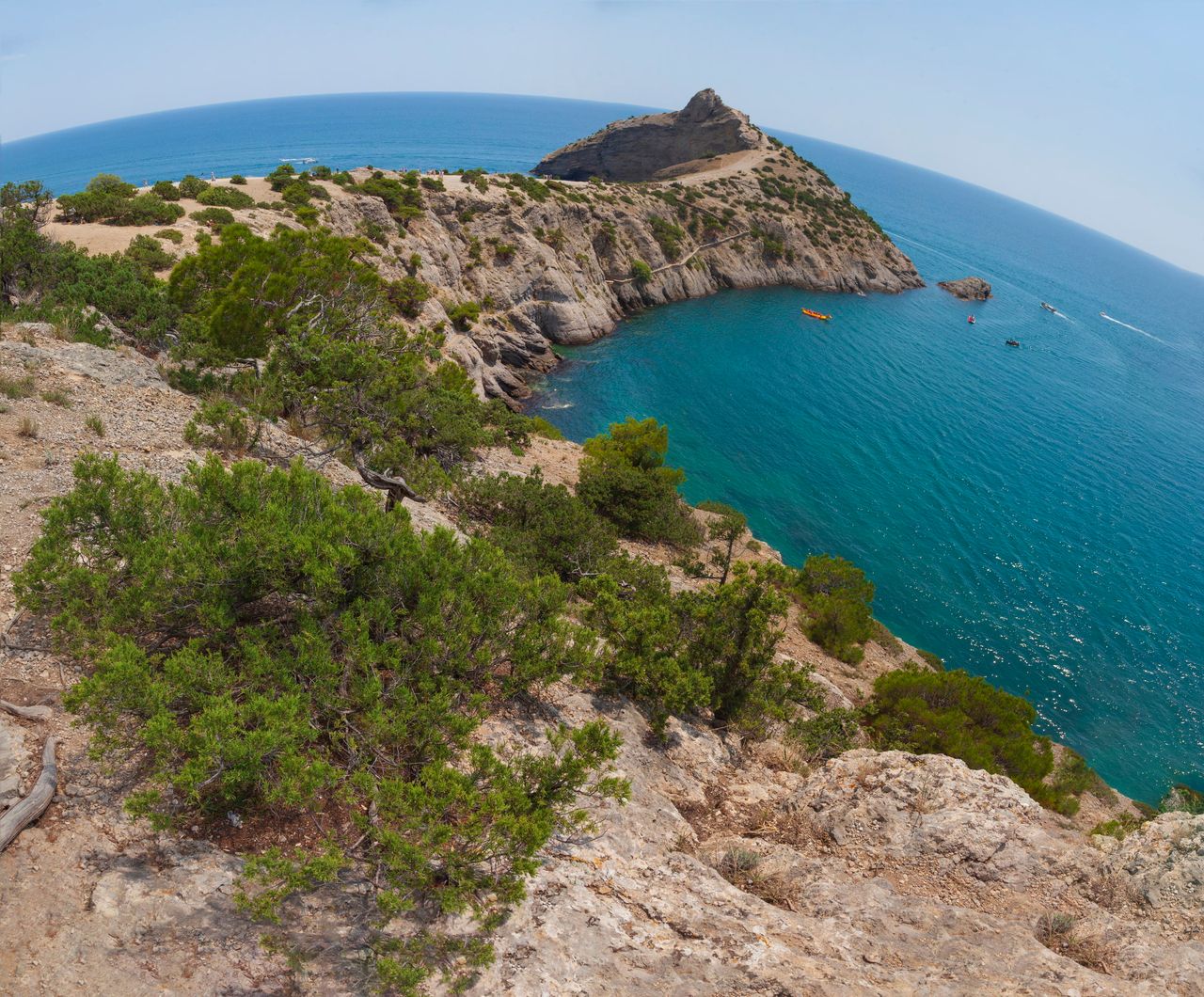