Travelling With Bass. The Heart of Vietnam: Hanoi

Hello everybody! This time, together with my bass guitar, we went to Hanoi, the capital of Vietnam. According to the contract, we had to work in the hotel: sing, play music and please the listeners' ears. What interesting things did we see in the capital of this wonderful country? Hanoi is a huge city, more than 7 million people live here, but it seems that there are more bicycles and motorbikes than people here. When I first came to Vietnam,the amount of two-wheeled vehicles struck me the most. It looks very exotic. They say that there is even the word that means the fusion of a person and a moped in Vietnam. And this suggests that this type of transport is very important here.

On the way to Hanoi, you can see such narrow houses. Unusual, isn't it? 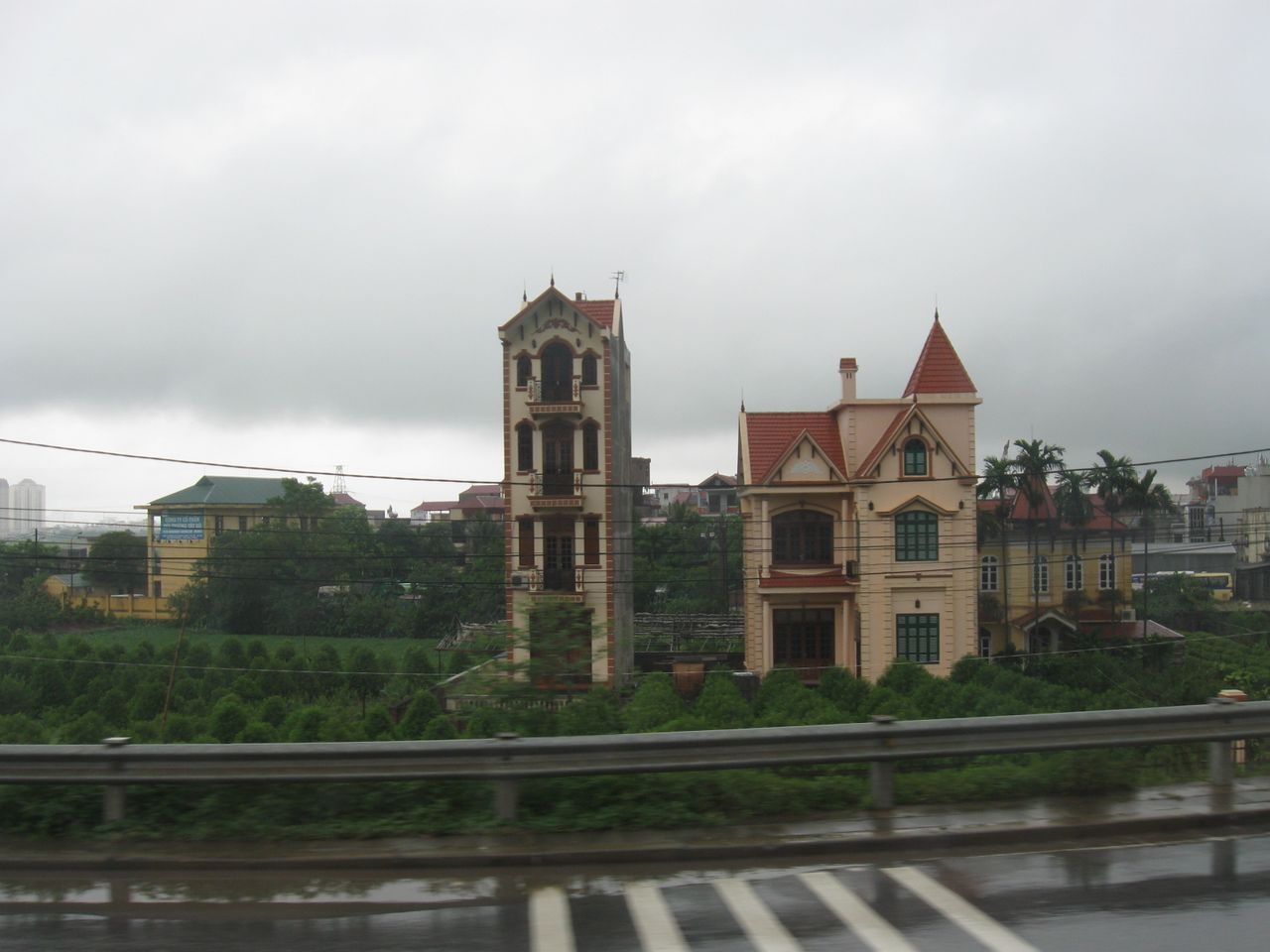 They are built this way, because the land is very expensive here, and economically it is better to grow in height than to grow in breadth.

The undeniable pearl of Hanoi is the Temple of Literature. These are not just beautiful pagodas, but also the first and very ancient university of Vietnam. It was founded in the 11th century. Princes and sons of mandarins studied here. This is the teacher's uniform: 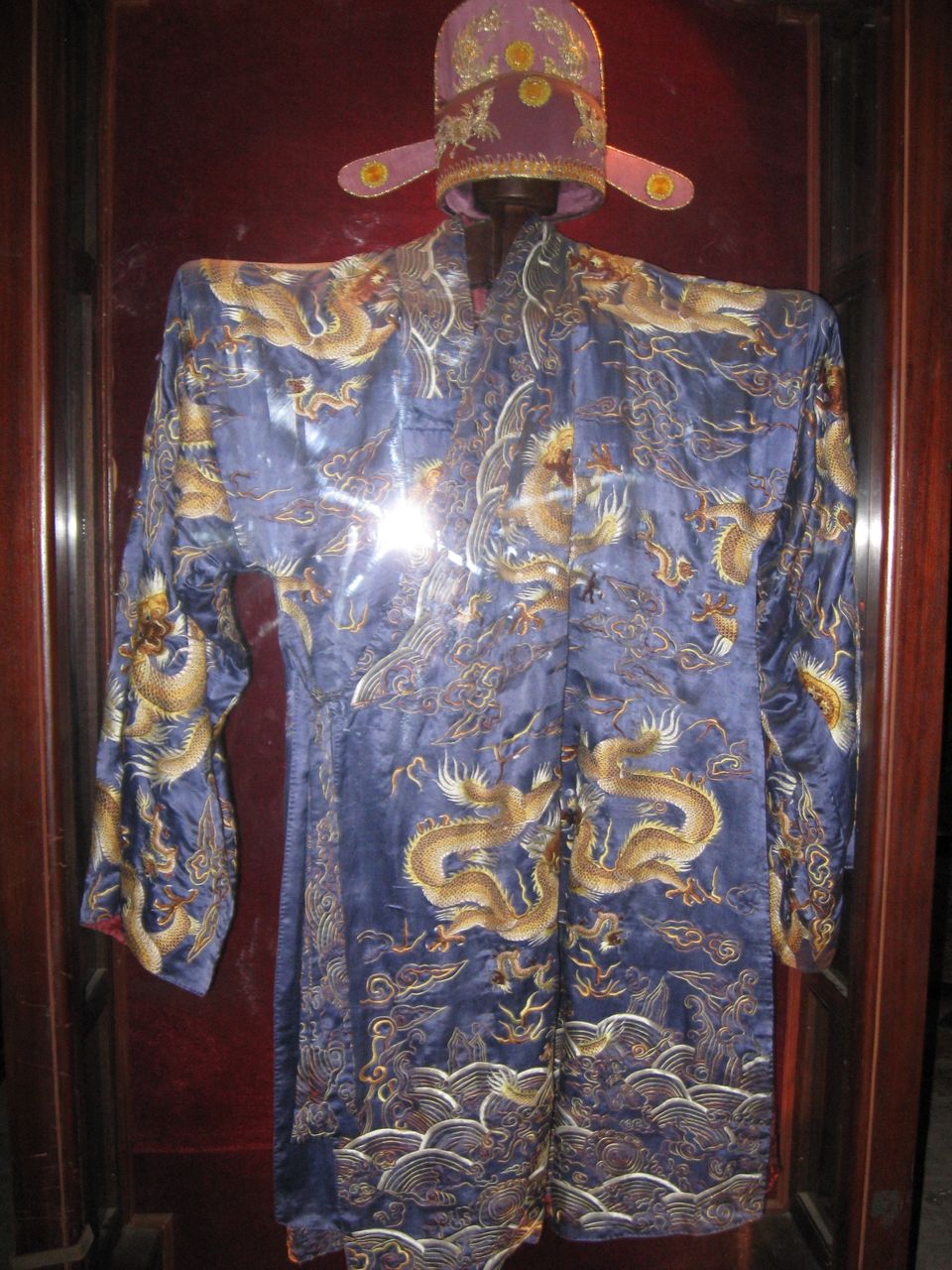 Don't you agree that if teachers in modern schools wore such a uniform, their authority and prestige would be very, very high?!
And this is the student's uniform: 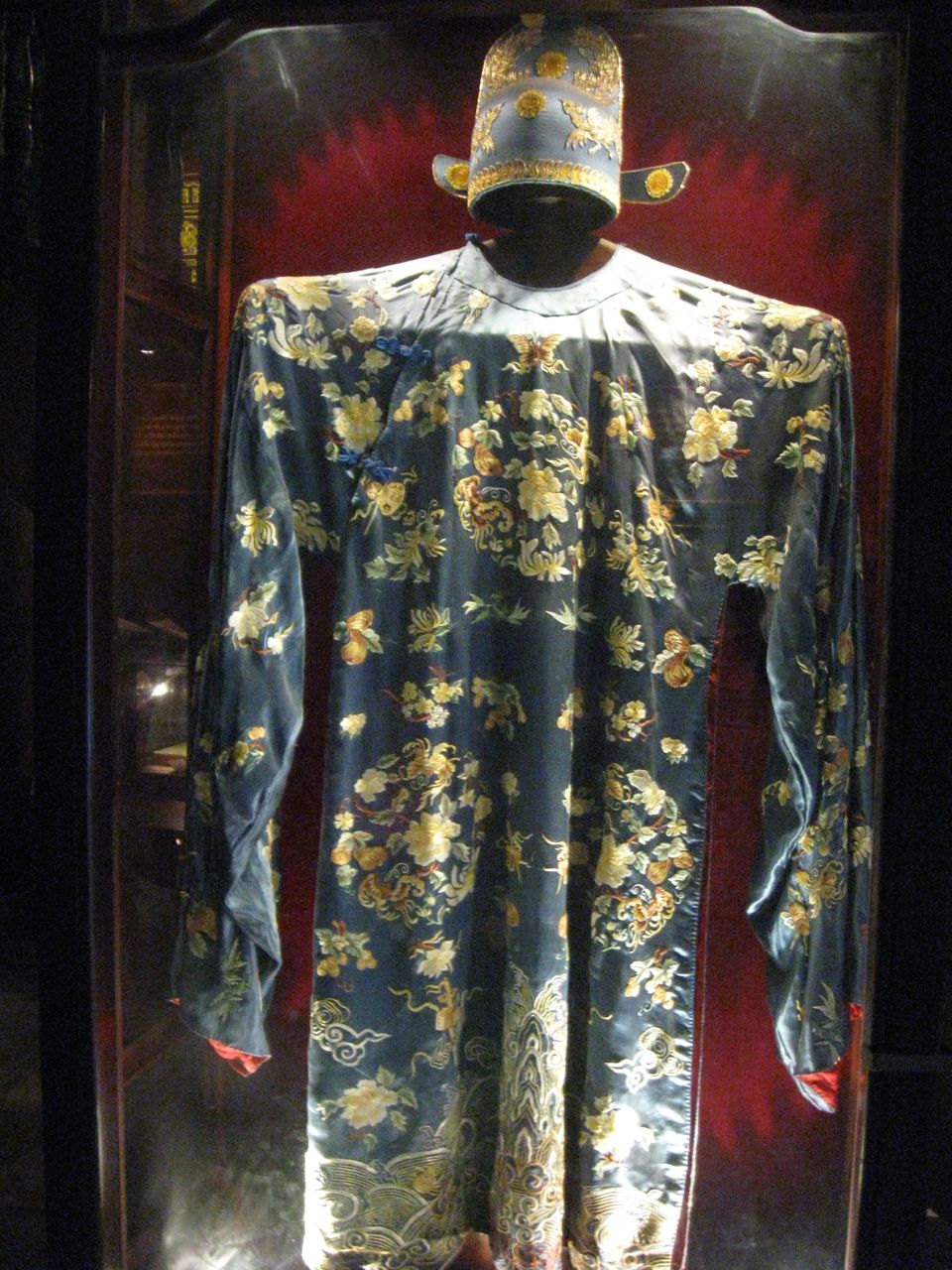 It's also very beautiful, isn't it?
But I would not send my daughter to school in such a uniform, because I would have to wash it every day.

As I am a musician, it was especially interesting for me to look at Vietnamese national instruments. 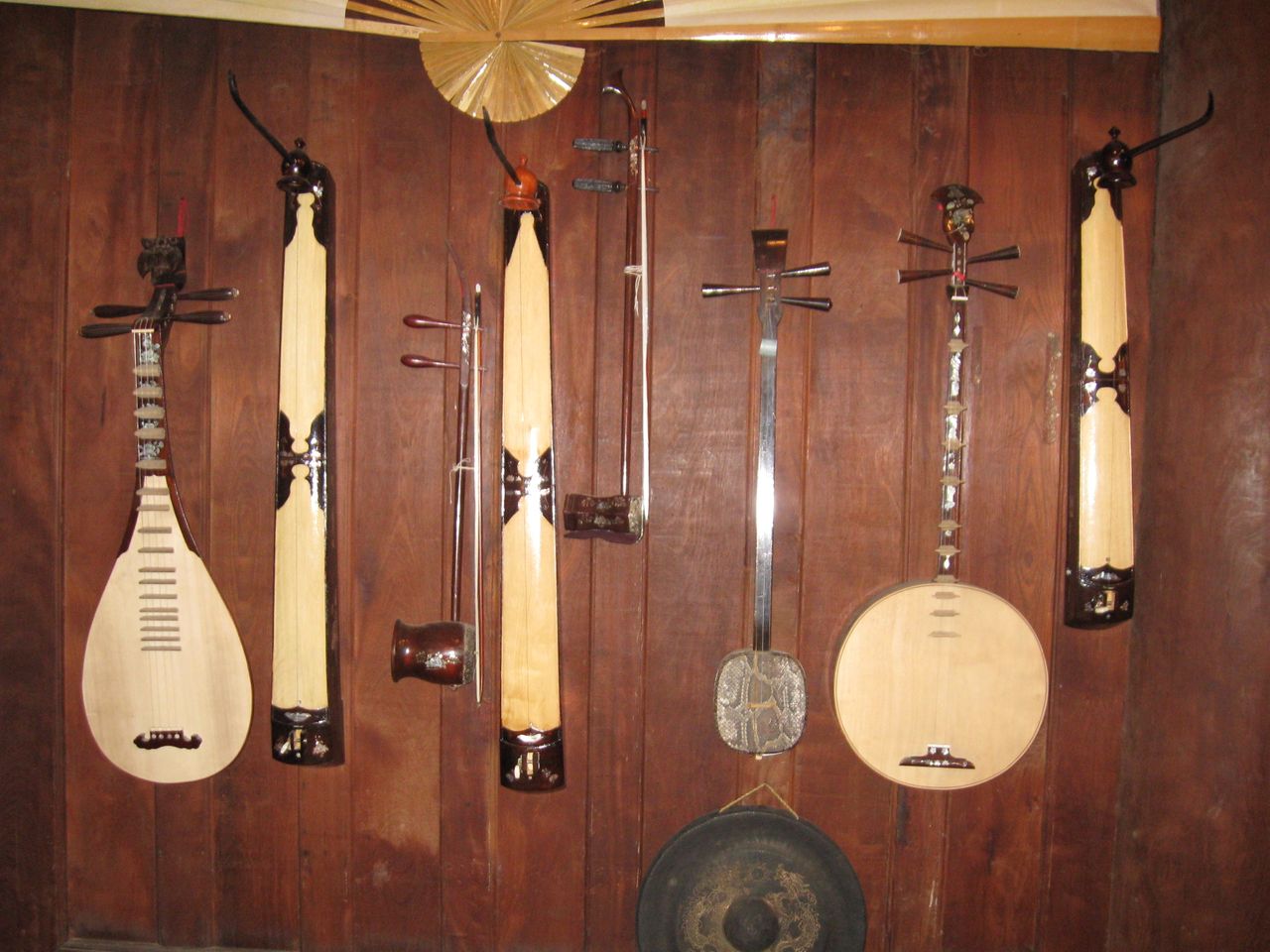 The girls were giving a concert and they were playing various unusual instruments. 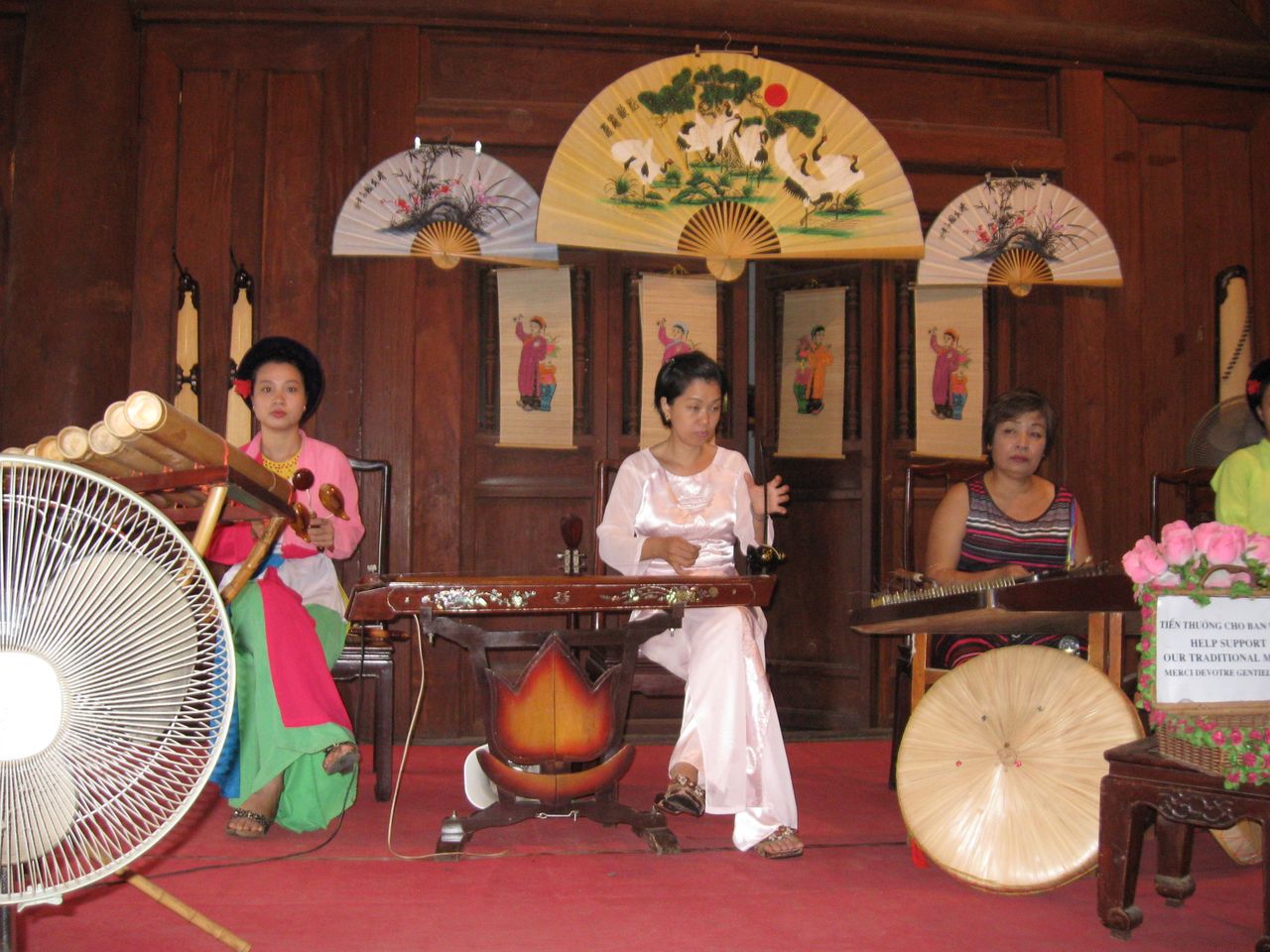 Why don't they play all these strange things at our hotel? Because the Vietnamese audience wants something exotic, such as singers from Russia. But girls with such national instruments are a usual thing for them. 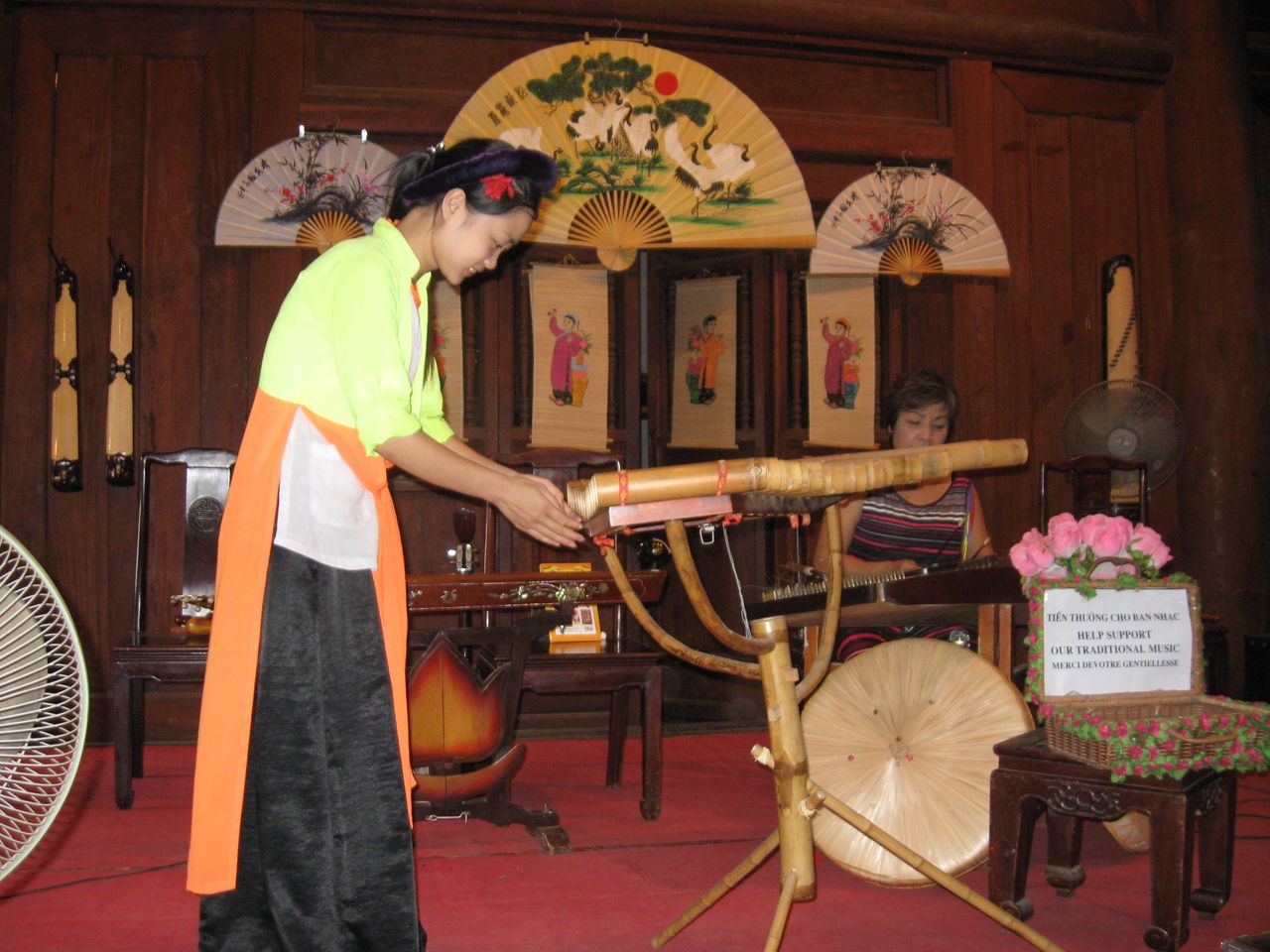 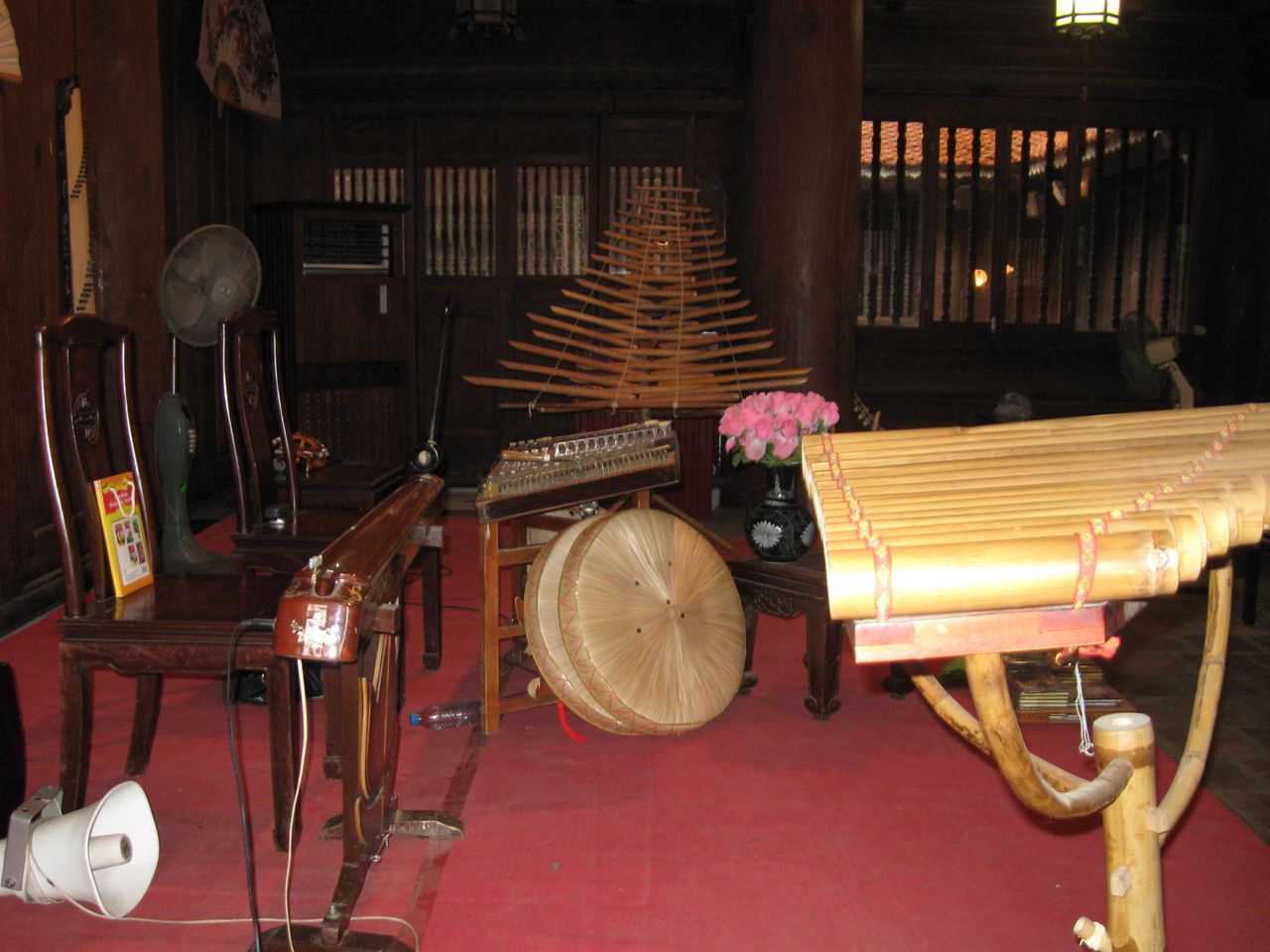 The territory of the university park itself is also very beautiful. There is much vegetation, there are temples, and museums here. 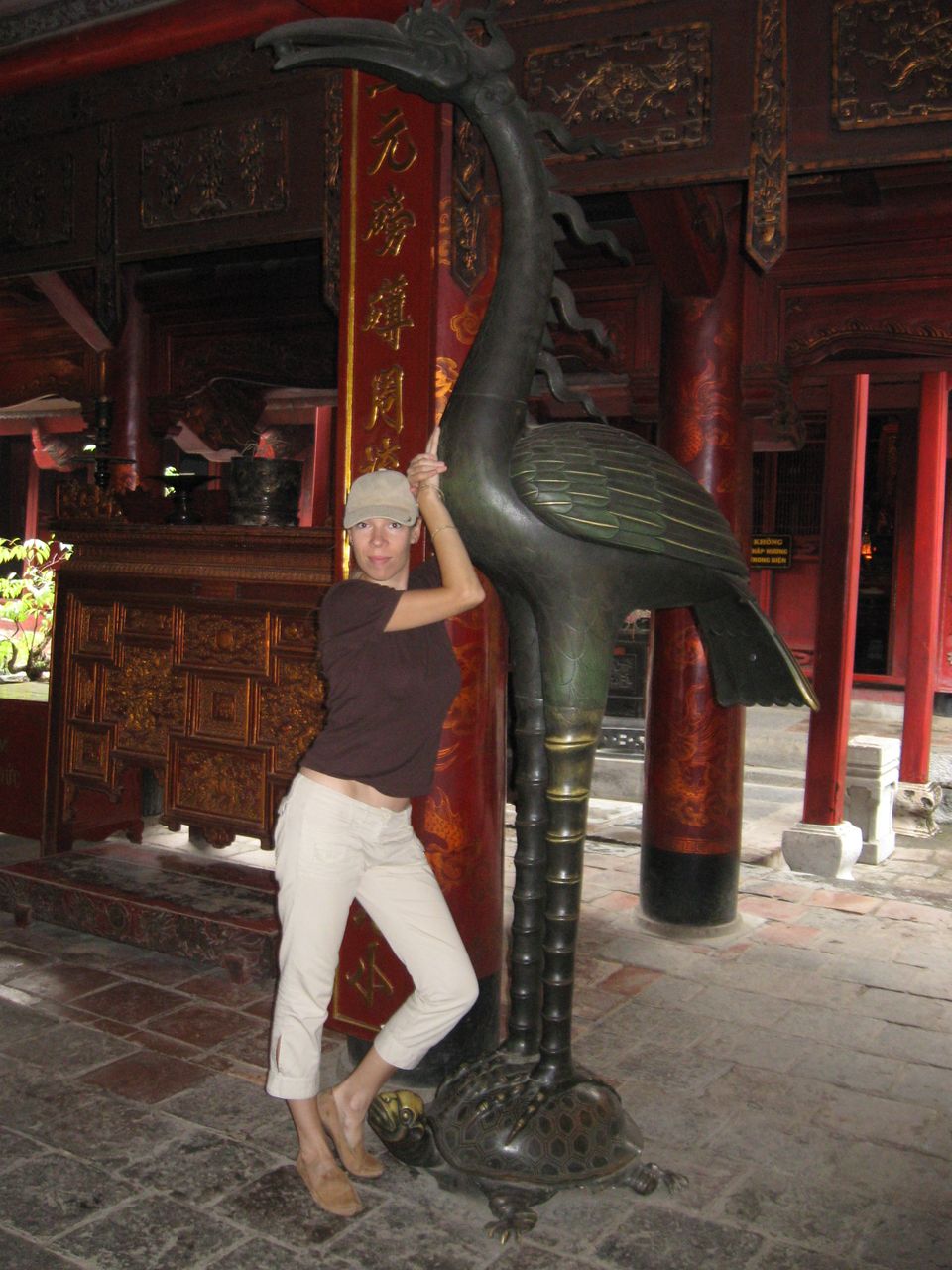 We were working in Vietnam during the season of rains. It was in September, and it was raining for days. But it was warm, and the rain did not prevent us from walking around this amazing city. This is my favorite place. One pillar Pagoda, which is located in the heart of Hanoi. 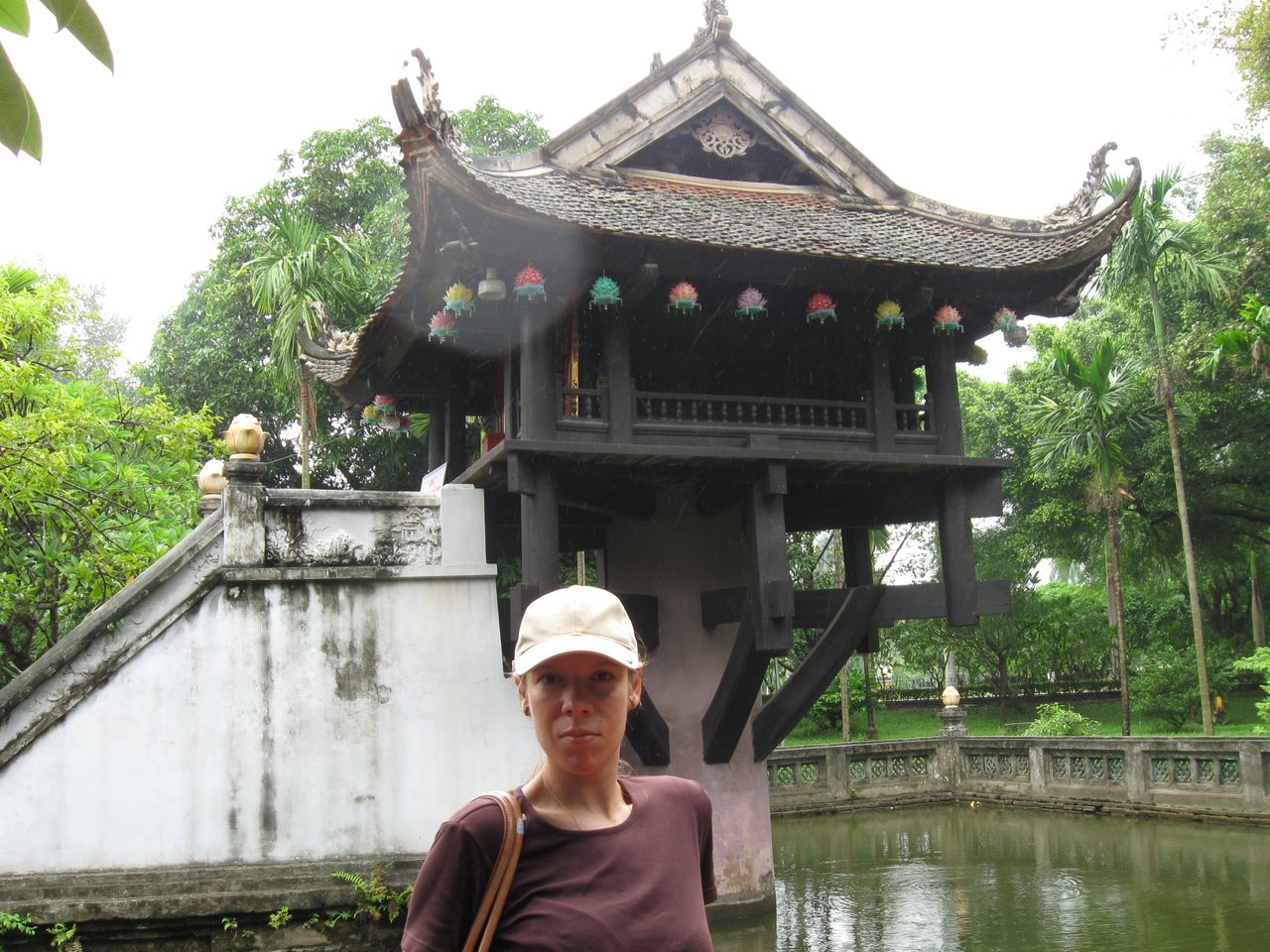 The pagoda stands in the center of a small pond and looks like a flower. As I learned later, the original ancient pagoda had been destroyed, but the reconstructed pagoda is also very impressive. The steps lead to the temple which is located inside. 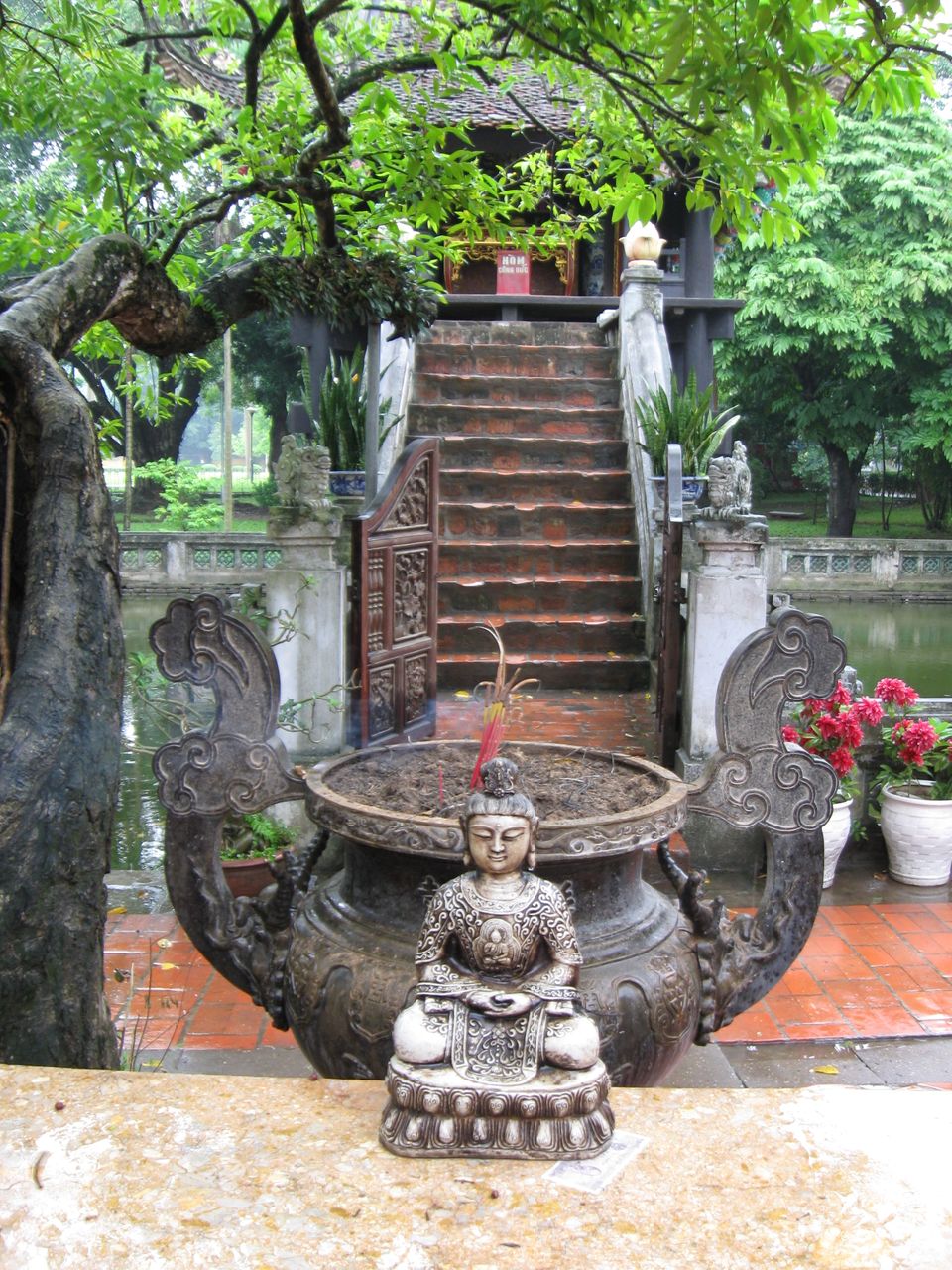 Usually we were tired when we returned to our hotel after walking. But we had to work. Yeah, singing is also a job. Especially if you have to sing the same songs every day. But how it is fantastic to run into the hotel after the rain and to see such a beautiful elevator there. It will definitely take you to your floor and you can relax.

The first part of the story is here