Nature is all about trading off

The pawpaw plant in the image below grows in my neighbourhood, just a few houses away from mine. No one really noticed when it started fruiting until the fruits started getting the attention of everyone, including neighbours and passers-by, with their size. 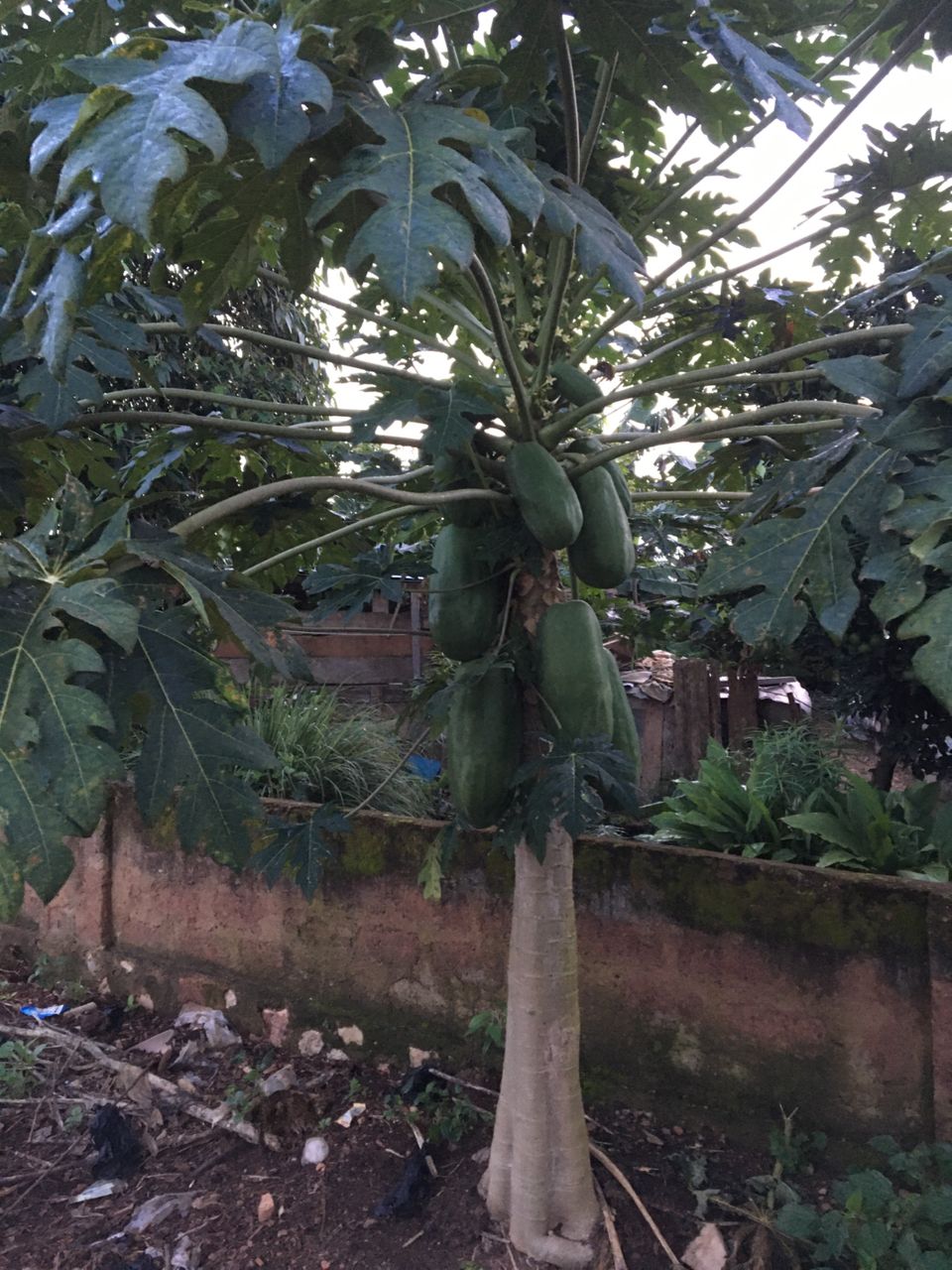 People started making inquiries concerning the pawpaw plant - what variety of pawpaw is this? Why is it so big? Where can I get the seeds? - and other relevant questions were asked. Many of the questions were directed to the person that planted the pawpaw but none of those questions could be answered scientifically.

The pawpaw, without doubt, is one of those improved breeds that have been selected for its size. I have been fortunate enough to taste the fruit and all I felt was a total disappointment. The taste of the fruit falls far below my expectations. In other words, the organoleptic quality of the fruit is below that of the local pawpaw. Left to me, I will prefer the local pawpaw to this 'big-for-nothing' variety. What could have happened?

The simple answer is that the organoleptic quality of the fruit has been traded for the size. The fruit, as it is, definitely serves the commercial interests of juice and pawpaw-based products manufacturers, but not that of consumers who are just looking to get unprocessed nutrients and energy off the consumption of the fruit.

There is no doubt that man's interference with nature has brought a lot of improvement to our lives. However, nothing is entirely free as the interference in nature will always come at a cost, many of which we do not take cognizance of either due to lack of knowledge or lack of basis for comparison.

Plant breeding and genetic engineering techniques have both significantly increase the world's food production and put us on a path to food sustainability as the world's population continues to soar. When a plant of desirable quality is discovered in the wild, such a plant would be taken from the wild to home for domestication. During the process of domestication, the optimal growth conditions for the plant are researched and documented.

Oftentimes, breeding experiments yield varieties that combine some, but not all, of the attributes from the two plants. In order words, some desirable qualities have been traded off during the experiment. For example, hybrid chicken might have been selected for its high meat-producing attributes, but when it comes to tasting, many of them do not come close to local chicken. Hybrid chickens most often are also not as strong as their local counterparts.

Plant breeding does not require genetic manipulation, unlike genetic engineering. The latter requires that the genes for the desirable traits are extracted from one organism/plant and then embedded in the genome of another organism/plant. The technique follows a series of carefully laid out procedures which include analyzing the genome of the donor organism for the specific gene of interest, isolating the gene once it has been identified, getting a suitable vector DNA that will help carry the specific gene into the genome of the recipient organism, and then analyzing the genome of the recipient organism to ensure that the new gene has been embedded.

Both breeding and genetic engineering require that some attributes are traded off. In other words, scientists get hybrid or genetically modified organisms that seem to combine the desirable attributes but upon further analysis, some other attributes from both organisms would have been lost.

Advancement in breeding and genetic engineering has made many wild-type organisms to have been forgotten as attention is now always on how to improve already existing breeds or GMOs. With every improvement as defined by desirable traits, many other traits are lost. Many of these lost traits might bother around important nutrients for body metabolism as far as man, his activities, and his livestock is concerned. 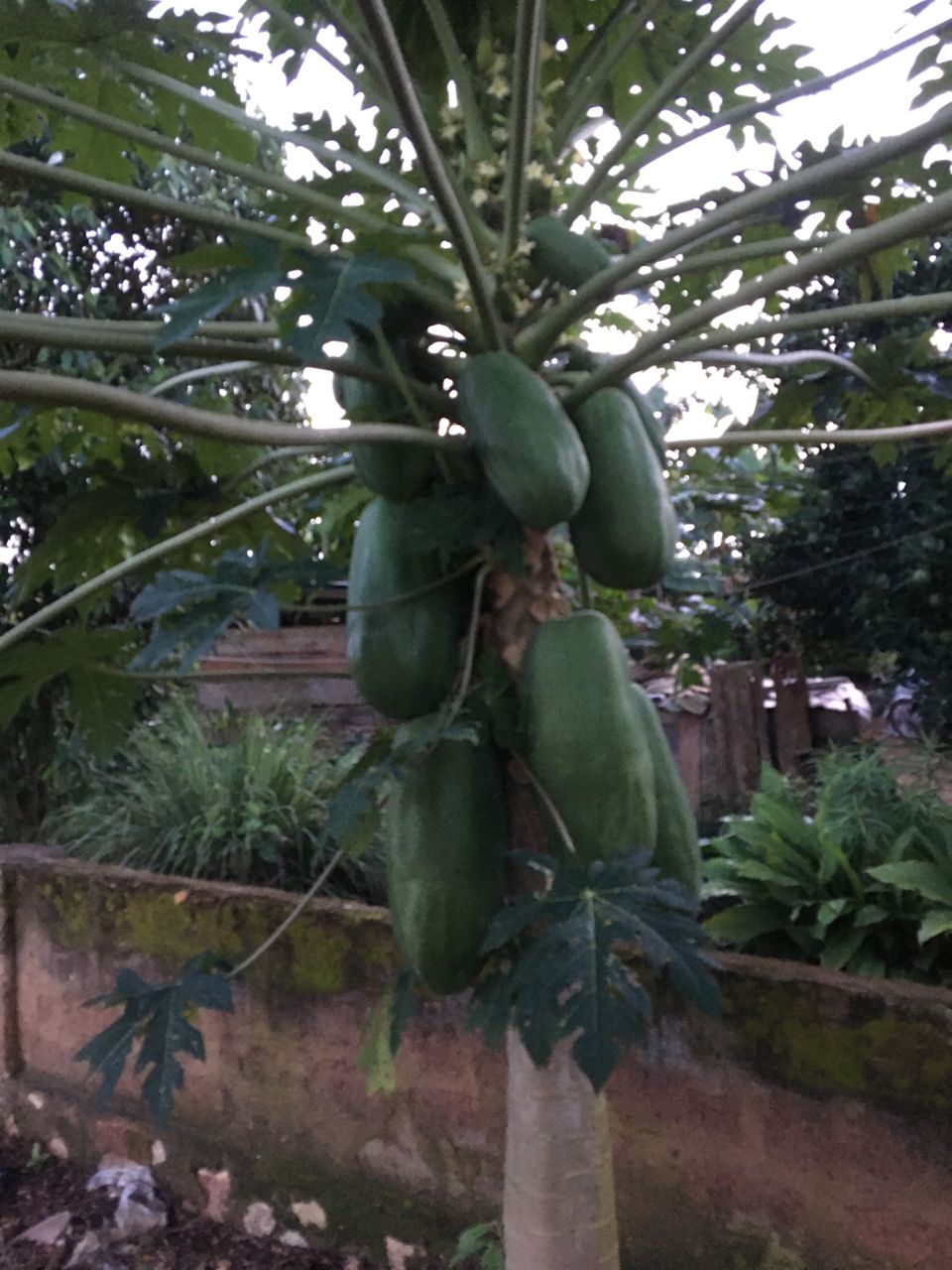 In summary hybrids and GMOs might appeal to the world because they combine attributes that are desirable physically or otherwise. However, some rather important attributes are also lost in the process of getting these improved organisms. If adequate care is not taken, the world might become self-sufficient in food production in the nearest future but deficient in the necessary nutrients for the survival of life.

At some points in our advancements, we may need to retrace our steps. Hence, efforts should be made to conserve the wild species because we might have to go back to them for our survival.

All the images in this post were taken by me.