And hopefully you genuinely enjoy this educational introduction to working with, in the future, colonized mycelium dishes that you will make yourself!

Picking up from where we last left off introducing psilocybin mycelium, https://hypnochain.com/hive-163105/@trezzahn/3f3eyz-psilocybe-mycelial-and-their-colonization-on-agar-agar
outlined here - https://hypnochain.com/hive-163105/@trezzahn/general-hypnochain-outline-month-following
Whether from natural means or other not indicated here, the first step to begin on your colonization requires the presence of a fungi. To showcase the simplicity of how easily mycelium can form, such will be examined. 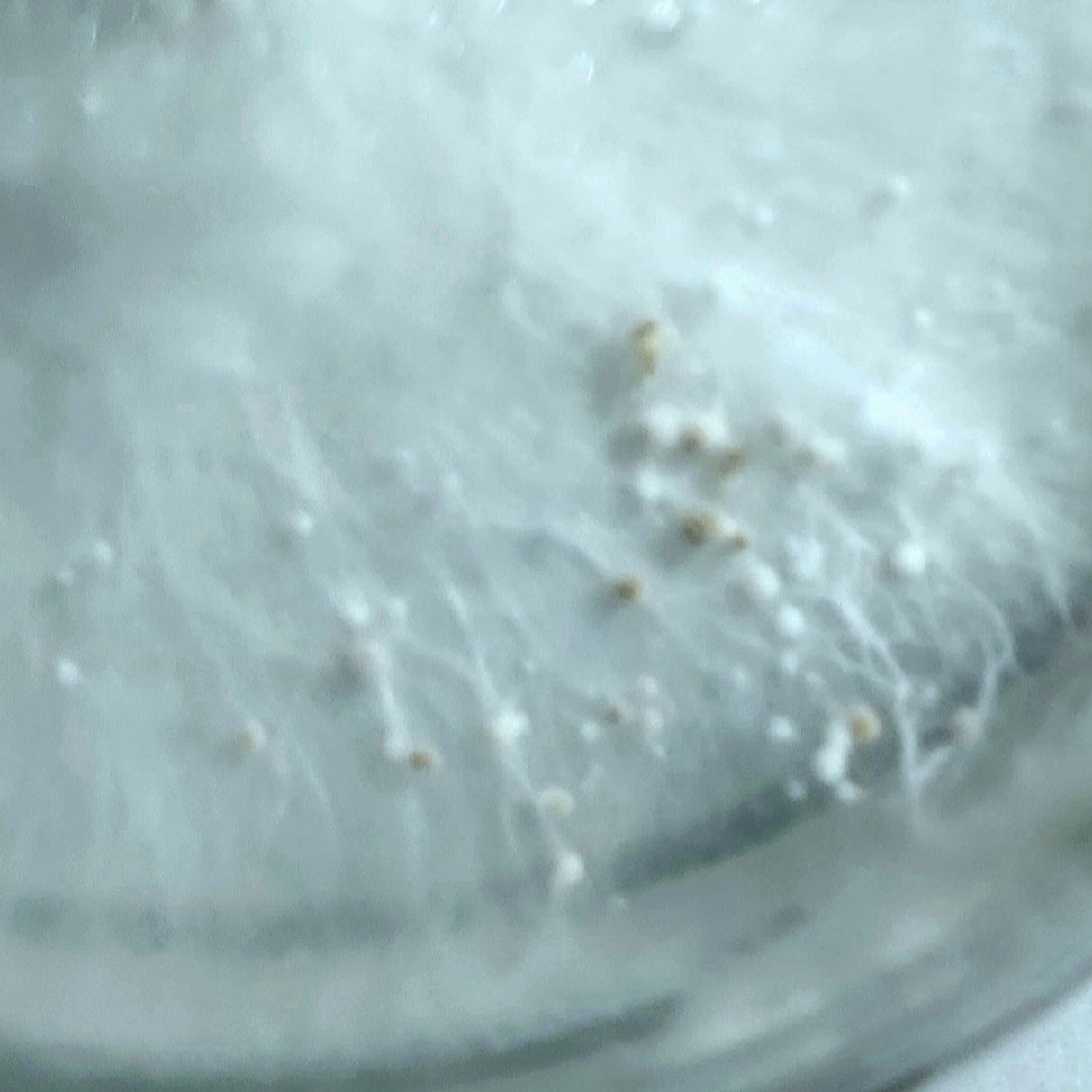 When one has a colonized dish, as showcased last week, the following technique is ideal to utilize.

Or let it be, the squaring off from a portion of colony with a sanitized and sterilized (where, let sterilized hold as: the disinfecting of a material through submersion in isopropyl alcohol [90-99%] or through heat sterilization scalpel to transfer to another petri dish for further isolation/use.

This technique can be seen below, showcasing cut, subsequent growth, and dish transfer from a contaminated source. 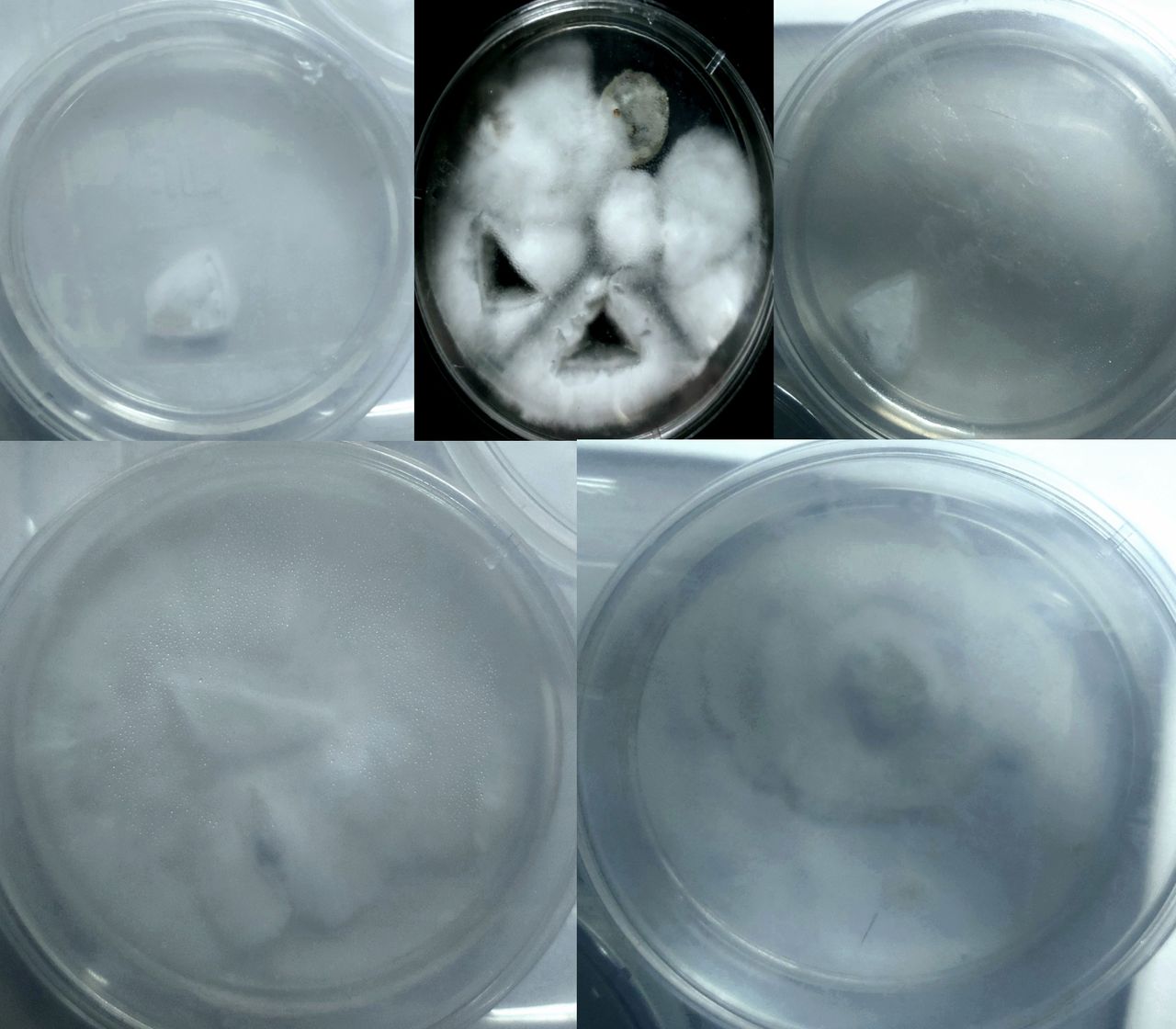 To be further explained later however, this examination is meant as an extrapolation on how easily mycelium can colonize, and when in the right conditions, flourish to the point where isolation can be ideal to the point of growth.

The usage of agar petri dishes for the purpose identification of bacteria contaminant has long been a followed standard when starting with mushroom spores, whether wet or dry.
Seen below, prepared Agar dishes ready for use.

Petri dishes allow a planar top-down view of a surface bacteria or colony opposed to that of a difficult to isolate 3-dimensional surface that one otherwise would be working with if inoculating directly into a substrate container. 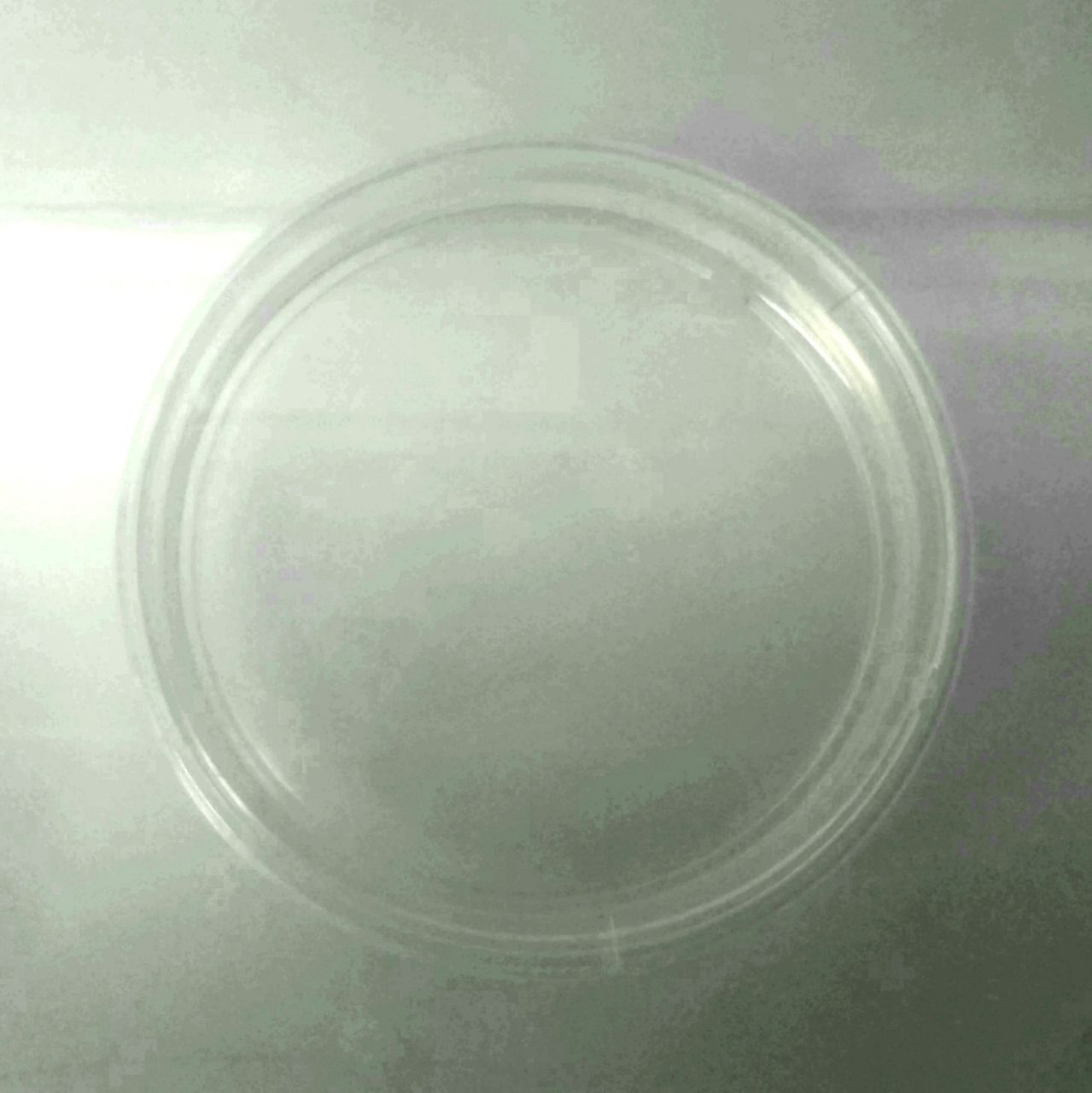 Begining, one must first start with a spore.

The residue that falls in the first two hours of this collection is contaminated by remnants of other bacteria and as so, the collection material underneath can be replaced with new, the cap dropped gill-side down again with the sanitized glass atop the new collection medium, and the cap itself re-saturated again with one drop of water per and at each quarter portion of the cap approximately one half-length down from the tip, with two more drops again on the tip of the cap. This can be all completed with a medicine/eye dropper.

This method of order is called
Spore Scraping in order to get a
Spore Print ,
allowing particulate from the cap to be scraped onto a planar surface.such as foil.

The resulting colonies that develop can then be further isolated through our new developed knowledge dish transfers and wedging.

Following the formulation of a preferred growth medium explained this following week in StemGeeks (Agar Agar for example) (@trezzahn), poured petri dishes are ready to inoculate with these above examined spores that were fallen on the previously explained collection medium, such as foil.

The result; sometimes a mess such as the below dish: 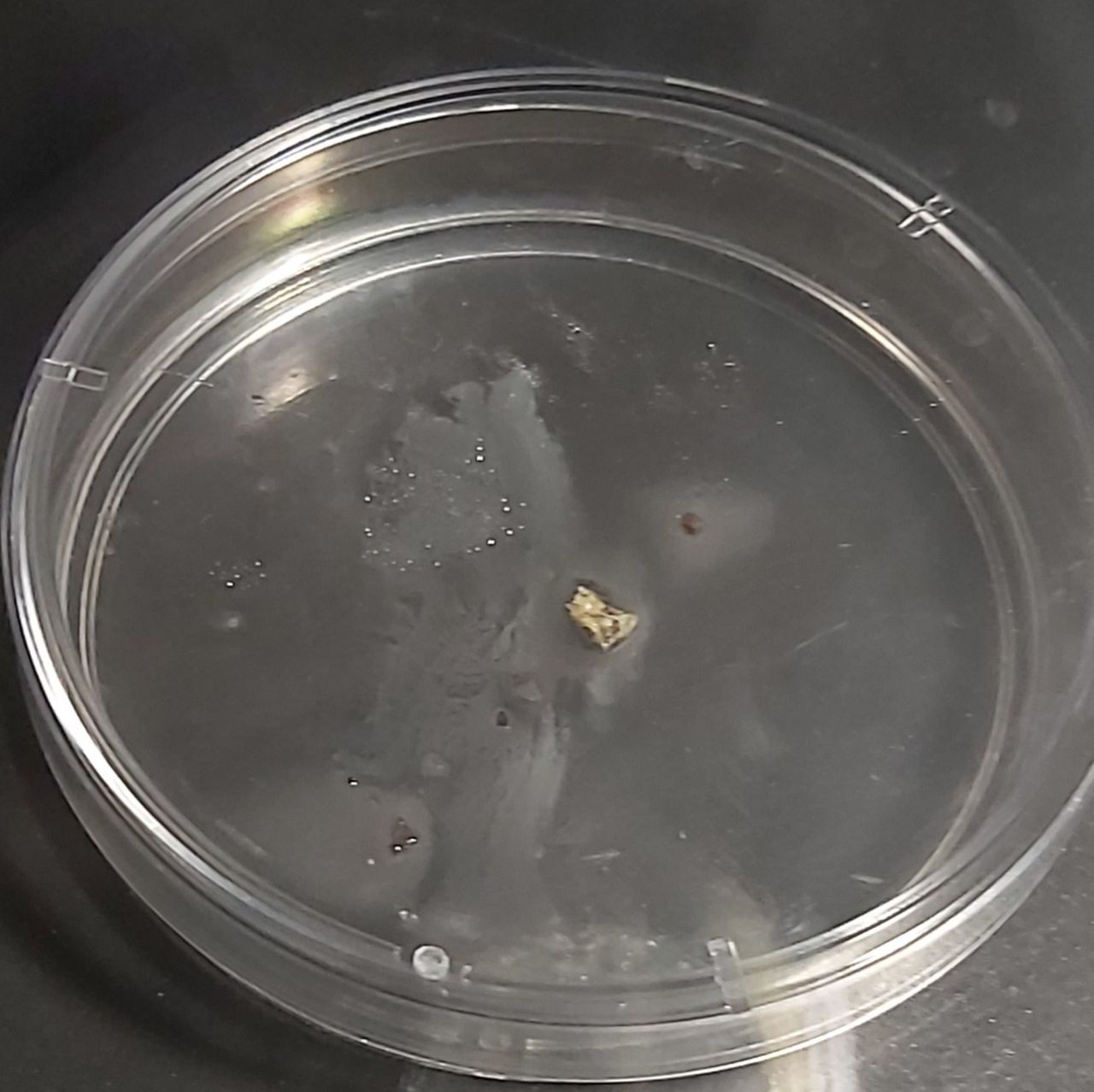 Nonetheless, upon completion of the distribution of spores, seal the petri dish and medium with parafilm or tape and place in a clear container to reduce any risk of contaminant.

Hopefully this was an educational introductory read for anyone interested in mycelial growthx and it's simplicity when distributed on a medium. The examination of preparing for use of this medium will be examined tomorrow on

and the following week, the preparation of Agar Agar, and mycelial utilization in liquids for culturing again on this blog,

For full blog updates and for other communities, check out