Of Caves and Jellyfish 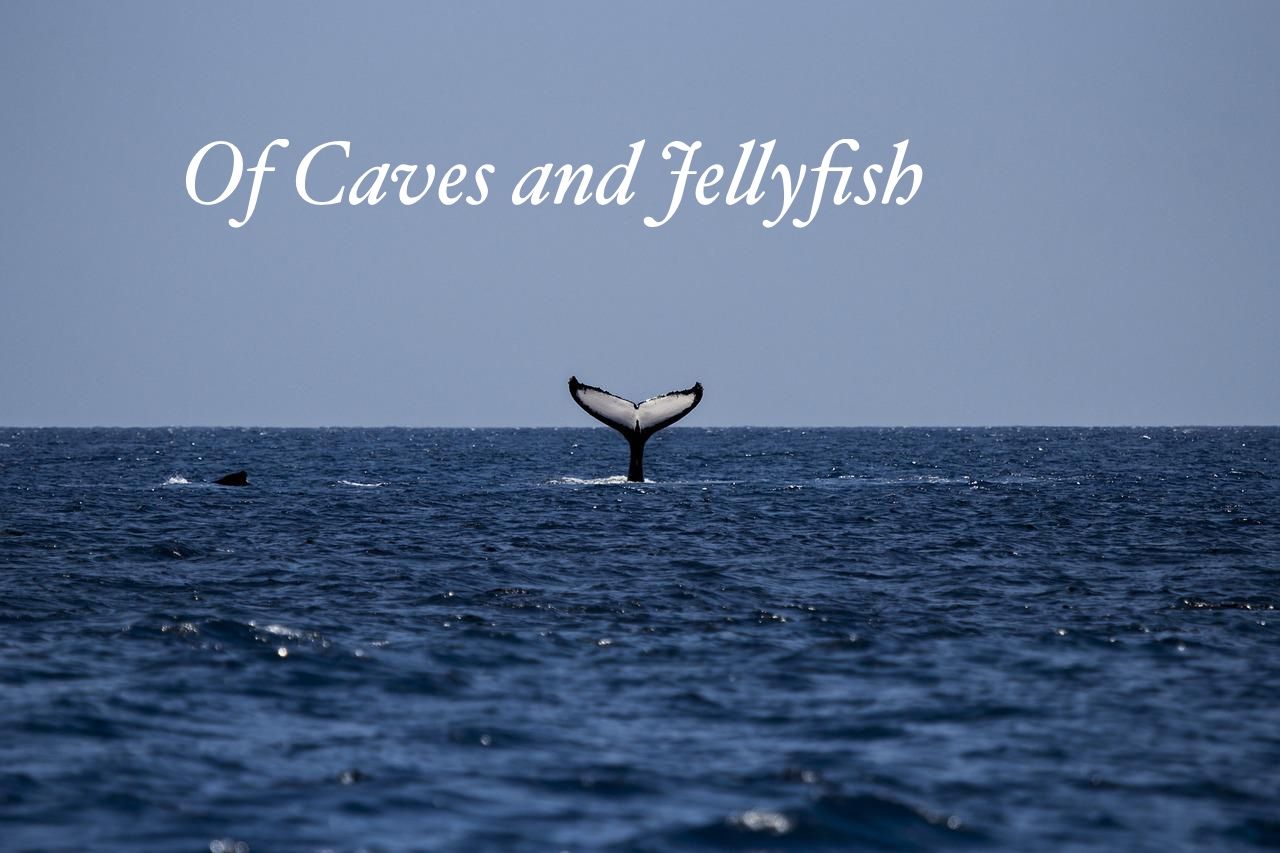 In a sea of similar animals I always wanted to be the best. But I wasn’t.
Yes, I could manage the flips and nostril blows that made our kind special, but none of my moves elicited fandom; I was ordinary, in the most distinctive way.

The world I inhabit is compounded with mystery and wonder; I’m aware of the marvel of my existence. Few individuals get to see the sublime exquisiteness of an octopus with flailing tentacles riding on the breezy ocean tide, luminous in its singular capsule of beauty.
Starfish are my favorite, besides seahorses, of course, seahorses are such delicate creatures and so noble of birth, why, they’re the nebula of the ocean. I adore them.

My skin is my best feature, it’s blue-gray and shines, even in the darkest fathoms. I’m not vain, but I’ve been told that my color is exquisite, so much so, that Odeus, the head dolphin, waxed on for days about me. Blush, blush, blush…

I’m pretty, but not very able. Pretty doesn’t cut it down under the blue. No, I need to be useful, I need something unique.

In the swim of things I didn’t see useful emerging. Not at all.

Echoes, squeak and wail; they traverse the cavernous distance between ability and ineffectiveness. Yes, I can’t jump as high, swim as fast or spear the choicest fish the way many others can, but I’m learning.

My grandmother always used to say that trying was the key; I know that she was a wise dolphin, so I try…

So many dangers and perils bar my way, they do, there are transparent death traps floating about, I’ve heard them called ‘plastic’, I’m not stupid, so I avoid those seethrough films all the time (see I’m not so useless).

Sharks abound on every wave. Promise! Promises are not so much fun if they have teeth, but what can you do?

Caves are fun, I’m very curious and I struggle to stay away from any intriguing looking niche in the rocks, who knows what might be lurking there? My inquisitiveness is never satisfied no matter how many crevices I investigate.

But, there’s always that one adventure, isn’t there, that alters the fabric of your life, you know what I’m talking about? That “thing”.

Well, one day while I was floating along, I spotted a dark, fascinating cave. I couldn’t help myself, I had to delve deeper. The mouth of the cave was rather small, but I managed to wriggle inside, and oh, what wonder it held…millions of tiny darting, iridescent fish, all trapped inside. Bliss, such easy pickings. Being me, I didn’t stop for a moment to consider why they were trapped. That only happened much later, when I discovered, to my horror, that the force of water rushing into the crevice, made it impossible to exit.

But, but, then I heard a plaintive call, It was Odeus’ voice. I’d noticed that he had taken to trailing me about.

Some things are meant to be.

Before I knew it, there was a rope of seaweed dangling through the opening. I took hold of the end of the rope and he reeled me in or out, but to be honest, he did both.

Salvation is a strange and demanding cause for allegiance.

He taught me that although I might not be a super-dolphin, I was still worth saving!

Well, I’ll tell you what, it made me want to dive to the deepest ocean floor, frolic in the foaming waves, rise up and blow the earth outta the sky, and be the best damn dolphin that I could possibly be, as if…as if I’d finally won first prize.