A picture Worth A Thousand words

I see a child peeping through a hole. The room he peeps from is darkened and the light from the outside shines through that cracked hole.

I feel the child is hiding from a danger he perceived. He had hidden in a dark room where he feels safe and probably checking for threats outside from the cracked hole. 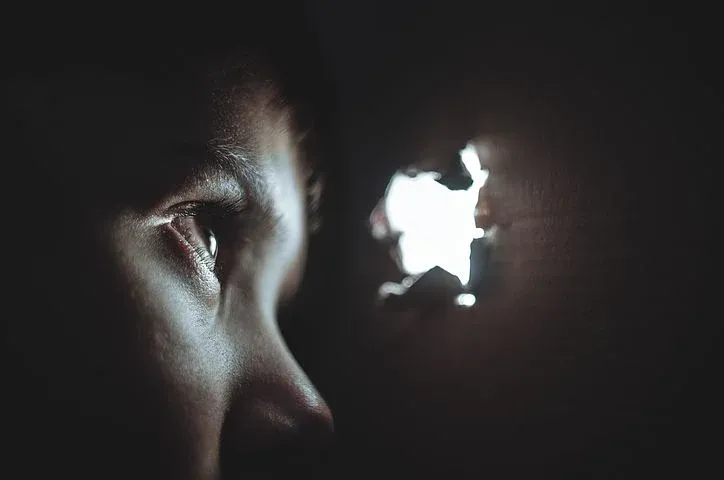 Ade, a boy of 16 was home alone, everyone had gone out to work. He was woken up at noon from sleep by the noise from his window. Reluctantly, he got up from bed to check what was happening and realized everyone was running Helter-skelter trying to get a place to hide. Some minutes later he heard gunshots approaching his direction, quickly he ran to a store and locked himself up. His heart started to beat fast, followed by profuse sweating, his knees became weak. Ajele town was known to be a peaceful town, there had never been a case of robbery or insurgency, he could only imagine what had befallen the land.

He remained silent inside the store. Minutes later, he saw the men who had entered the town holding guns walking through the street, they looked fierce and were dragging a man into a van. He recognized one of the men, Bamidele, he had always suspected him. He remained quiet and resolved he was going to tell the police all he had seen.