in the fourth round of S7 we were 18 players, and the average rating of 1813 was the highest so far in this season. We had this time 3 new participants: @apy, @xoflox and @primersion! Welcome!

After 2 times being absent @sawko returned again and won this round in great style with 100% berserking. But it was quite close, Hivechess newcomer @apy ended up as surprise-runner up with only one point behind (helped by a much easier pairing). Congratulations to both! I could gain the third place, followed by @petreius (her first tournaments points!). The current leader @jaki01 landed "only" on the 5th place (but he had an extremly difficult pairing!). 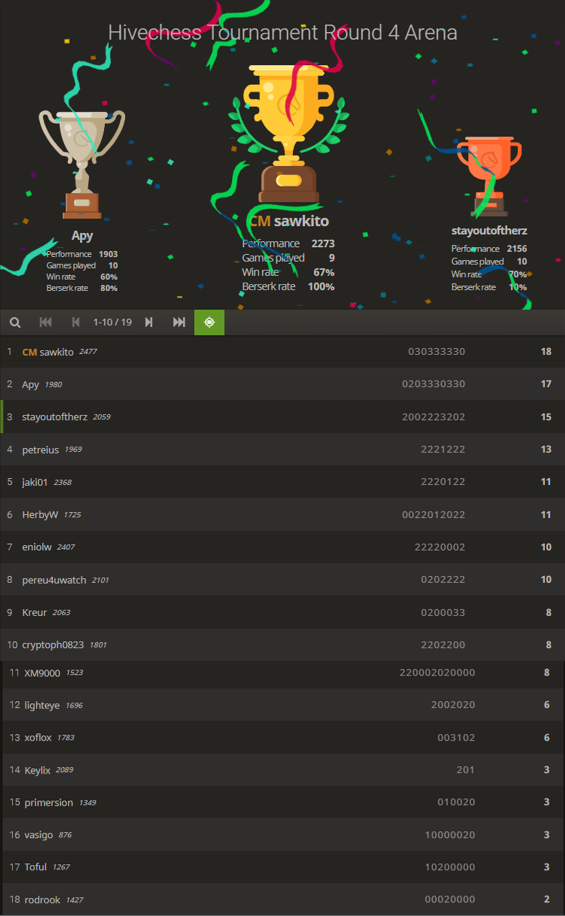 No changes on the top ranks, after 4 rounds @jaki01 has still a comfortable lead, and just 3 rounds remaining.
@sawko with his victory today made a huge jump in the ranking, but will it be enough to keep his title?

Please check out the Logo contest to win some extra Hive, on Tuesday I will pick the winner.