the fifth and final round of mini season 8 was played yesterday - an intense 5+2 arena tournament with 22 players and an average rating of 1945.

It was a close fight between @sawko and @eniolw but at the end @eniolw landed on the first spot.
Place 3 and 4 went to @jaki01 and @samostically, respectively. Congratulations!
Chapeau also to @emic and @schamangerbert for their best result in this season! 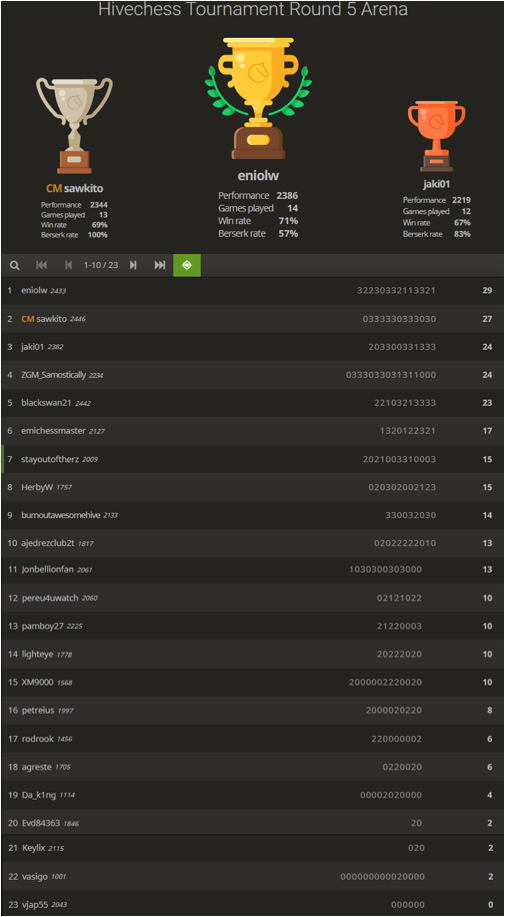 The games of this round can be found here, in case you want to replay some of them. @samostically as usual thankfully streamed the tournament!

Blacknight186 and Mr_Mendel were not considered in the final ranking due to no Hive username.
Please note that the ranking of places 17 to 28 is basically in order of appearance and not by performance.

@sawko could win this S8 and regain the champion title back from @jaki01 due to his sensationally consistent top form (and a good internet connection as well!). They both now hold 4 season wins!
@tungphong (blackswan21), the current champion in the CBL by @chessbrotherspro, was runner up and @jaki01 ended up as third.
Despite one of the strongest players on Hive, @eniolw could gain "only" the fourth rank. It shows again that if you are not able to participate each time, your chances to gain a top spot are near zero.

Generally, many new strong players joined Hivechess, also thanks to the activities from @chessbrotherspro who do an outstanding job in promoting chess on Hive!! 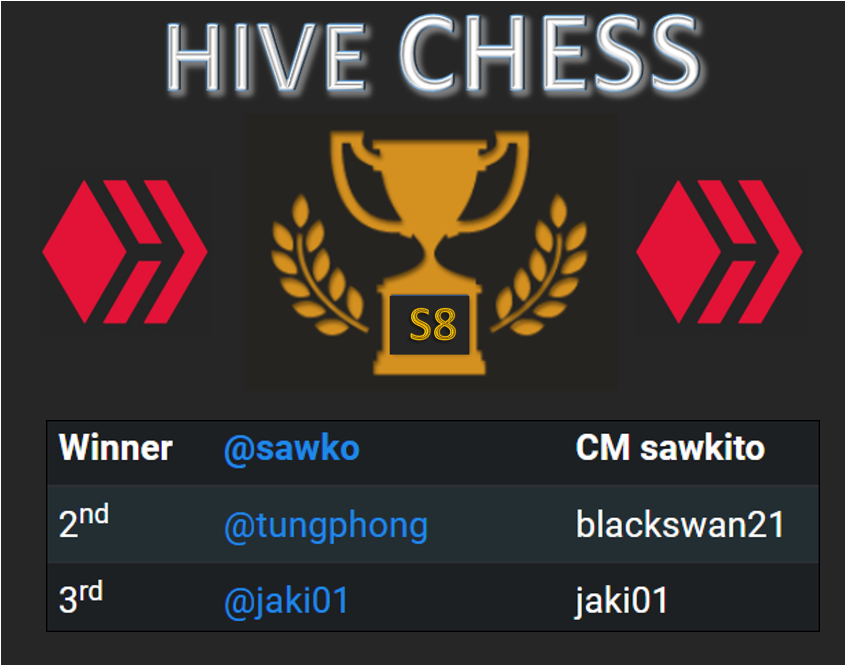 The average tournament rating of this season 8 was 1942 (in S7 it was 1813 - a massive increase!). Remember the first tournaments in season 1 and 2? There we had often averages of below 1750! For fun, here you can see the very first one from 1,5 years ago!
In each round we had on average app. 21 players - also significantly higher compared to the previous seasons!
30 players participated in total (2 without a Hive name), 8 of which didn´t participate 3 times, so 18 players will get prices! From these, 11 showed up in all 5 rounds - that is a remarkable rate! As always, I will do the exact calculation of the prices after the payout of this post.

Thank you all for your participation & engagement (and the upvotes)!
And thanks to the other posters for advertising this tournement in your blog!

There will be a break in the next week, but already on Friday 29th Oct S9 will start. It will go - nomen est omen over 9 rounds! There will be probably some finetuning on the point distribution and the rewards, let´s see. More about the different reward systems and their pros and cons you can find in this post from @lighteye.

On another note:
How do you like my chess cat?? 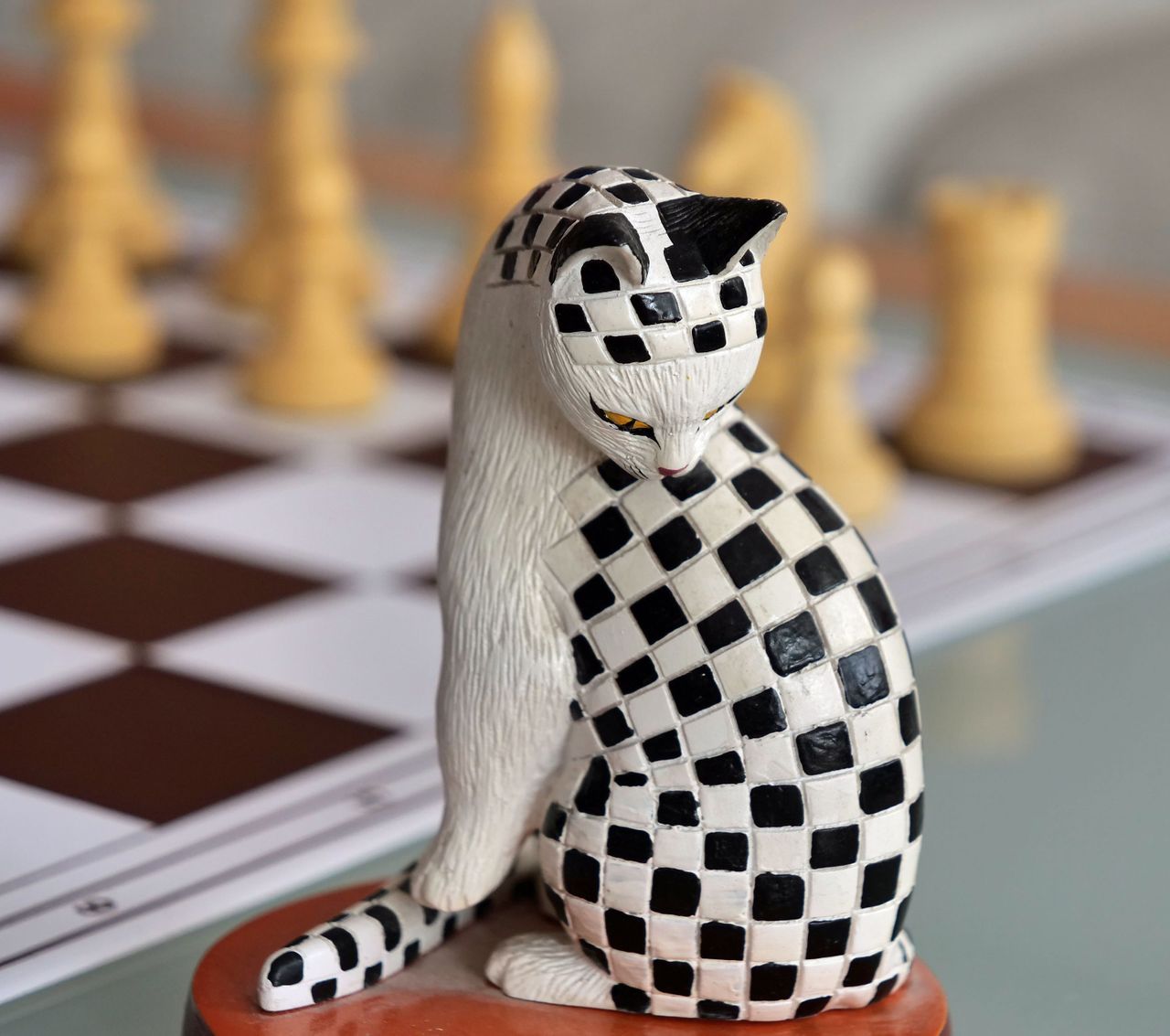 Maybe it would be something worth pursuing, that the winner of a season gets in addition to the Hive prices an object like this as a TROPHY sent to his (or her) home! Of course not this one, as this was a gift, is unique (at least to me) and priceless 😄.

But what you think about the idea? Or maybe a special unique NFT could be minted on nftshowroom for the winner?