In the Round 11 of a FIDE Candidates Tournament, Anish Giri destroyed Ding Liren using his small mistake to perform a pleasurable Bishop sacrifice ripping up Liren’s defense. Today we are going to see an exemplary strategic deconstruction of Fabiano Caruana in the Round 12…

If we are to believe chessgames.com database Anish Giri and Fabiano Caruana have played 59 games before this one.

It is pretty hard to surprise an opponent you know so well. But not impossible… Is it wise to play Sicilian against an Italian? Only if you are extremely well prepared, and if you know your stats!

You see? Seven games in Sicilian, and five wins with black pieces (Giri had three) and only one win with white pieces, with one draw. So, his choice of opening should really not be a surprise, but rather a safe bet. What Caruana has to say about it? Fabiano has filled the center with his pieces, is ready to castle short side, and all he need now is a plan how to break through Giri’s wall. 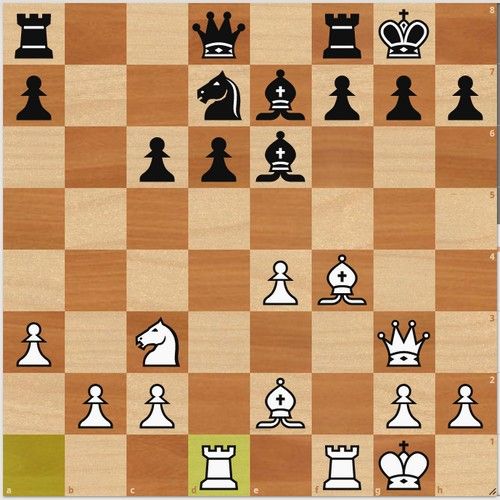 Black pawn from Giri’s frontline cannot be captured with 15. Bxd6 because 15… Bxd6 16. Qxd6 Qb6+! and all the Queen’s side pawns are in danger. Therefore, Fabiano rather increases the pressure to that central black pawn. At a glance, you would say that Fabiano has quite good position. He has centralized Knight, more space, open b-line, dominant Bishops… But now Giri presents his plan. First, change your weakest pieces for the opponent’s strongest: Then, put your pieces out of remained Bishop’s reach. Look at this: All black pieces (with the exception of one pawn and a King) are on black squares. White Bishop is reduced to a bystander, while black Knight will merrily jump around on all squares.

This is called a strategy lesson! And the a3-pawn is gone. The last chance to hold the position was 36. Qc7. Now even stupid machine is giving an advice to Fabiano to resign.

Fabiano does not accept. He has more mistakes to make. Like this one:

He still didn’t resign? Cheap tricks with closing the escape route for the King while hoping that Giri will overlook 8th rank? That’s pure desperation! 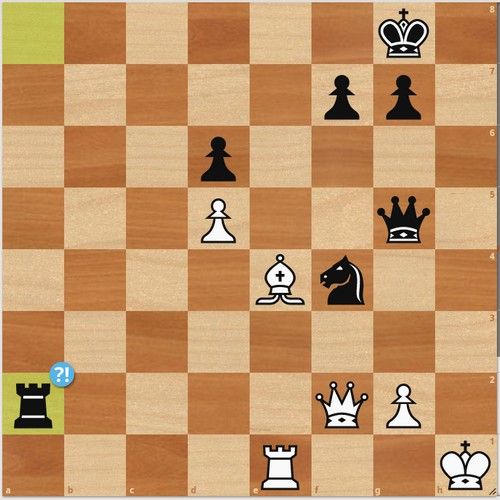 Opening a file for the Rook to attack on the h-line… I can‘t believe Caruana still didn’t resign!

Fabiano finally has to accept the truth that someone else is going to play title match with Carlsen this year, and he resigns in this position: 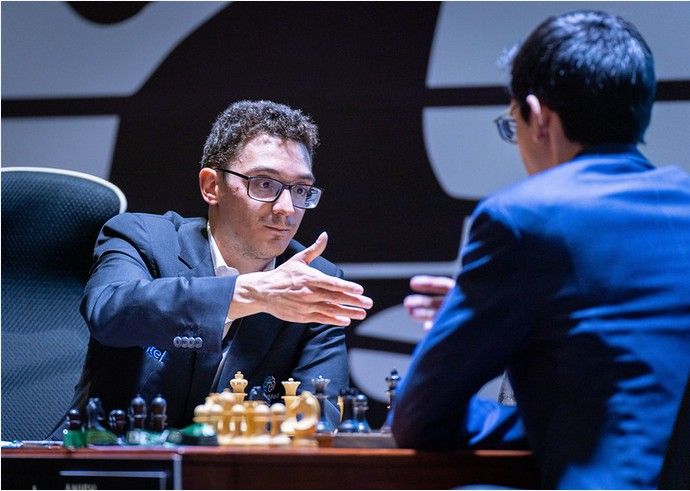 As we have said, in a stormy Round 12 all four games were decided.

It was true fireworks on all boards. Here is IM Levy Rozman, a.k.a. GothamChess with a quick review of all the games: And now something completely different…

Unfortunately for Giri, despite the brilliant play in the continuation of the tournament, it probably won’t be enough for a leading position. As you can see from the crosstable, he just have half a point in direct duel with Ian Nepomniachtchi, which means if they are tied, Ian goes to Dubai in November. On the other hand, if you would want to bet who is going to be a challenger, here’s something for you. Eric Isaacson, computer programmer, calculated chances for the three players still in the challenger game. There you go. Math says it would be a bit of a miracle if Nepomniachtchi lose his advantage. But if you feel lucky, here are the odds:

Pairings for the last two rounds to make your decision easier… 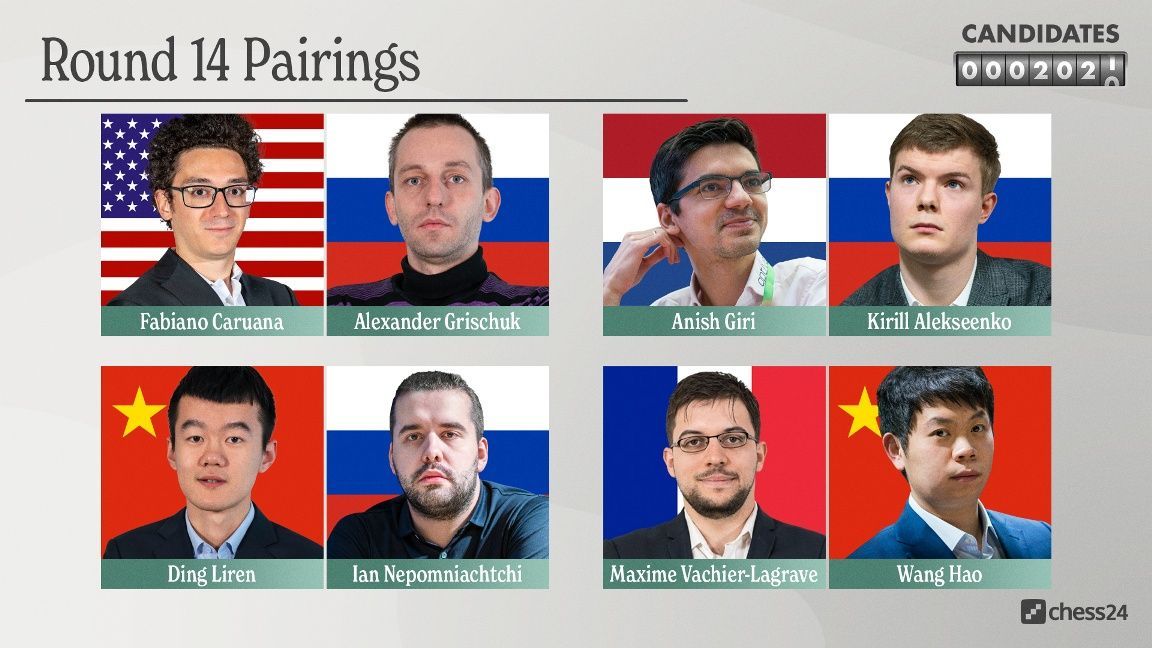 The last day, April 28th, is reserved for tie-breaks – if required.

Gambit of Othello, the Moore of Venice!