In many cases, it is difficult to draw a boundary where the machine ends and the apparatus or apparatus begins. For example, a rotary antenna 70 m in diameter can hardly be called an instrument or instrument. It has many complex mechanisms, and in general it is a machine or a combination of mechanisms. Therefore, when it comes to the problems of engineering, it should be understood that they also apply to instrumentation.🛠️
The intensity of penetration of engineering products, and especially in such an understanding of it, about what has just been said, is rapidly growing in all spheres of our life. This process is the basis of scientific and technological progress not only in industry, agriculture, transport, but also in communications, medicine and scientific research. The application of products of machine building raises labor productivity, expands the range of essentials. The great dignity of this production is also in the fact that it gives an opportunity to penetrate ever more into the secrets of nature, to discover its new laws and to create fundamentally new and progressive machines for their use.
In other words, engineering is the foundation of the scientific and technological revolution.⚒️
During the years of Soviet power, the USSR has created a multisectoral machine building, now run by more than 10 ministries. Compared with 1913 by 1940, the output of machine building in the country increased 30-fold, and in the last 20 years-about eight. The outstripping growth of the Soviet machine building industry is characterized not only by the increase in production volumes and the manufacture of a large number of new machines and devices, but also by the creation of many original machines and machines superior in performance to foreign ones. All this is our great national achievement.🛠️
However, despite great successes, Soviet engineering is not developing intensively enough to satisfy the rapidly growing national economy with modern tools of labor and in the necessary quantity. 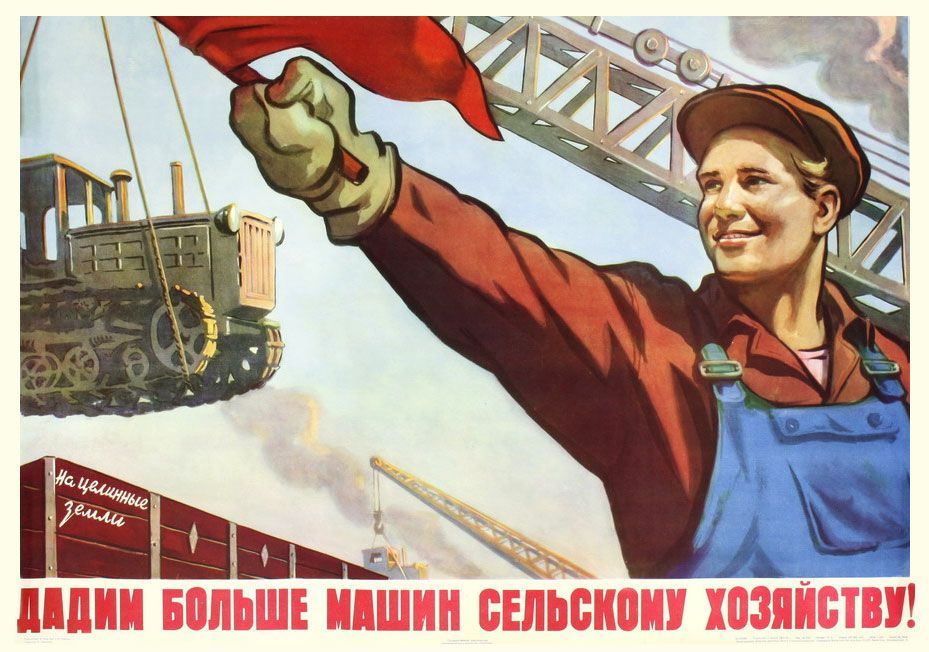 source of a beautiful photo🚜