Some Crysis fanart I made in 2018.
For those who aren't familiar with it, Crysis is a game from 2007 with 2015 graphics, which meant that no-one could run it when it came out. :D Eleven years later I got a computer that could do with it so I played the crap out of it.

It's kind of a meme because of this but in the end there's a good game there... if you're into shooting things. Anyway, the setting for the game is beautiful and I felt like giving it even more photorealistic graphics. ;) 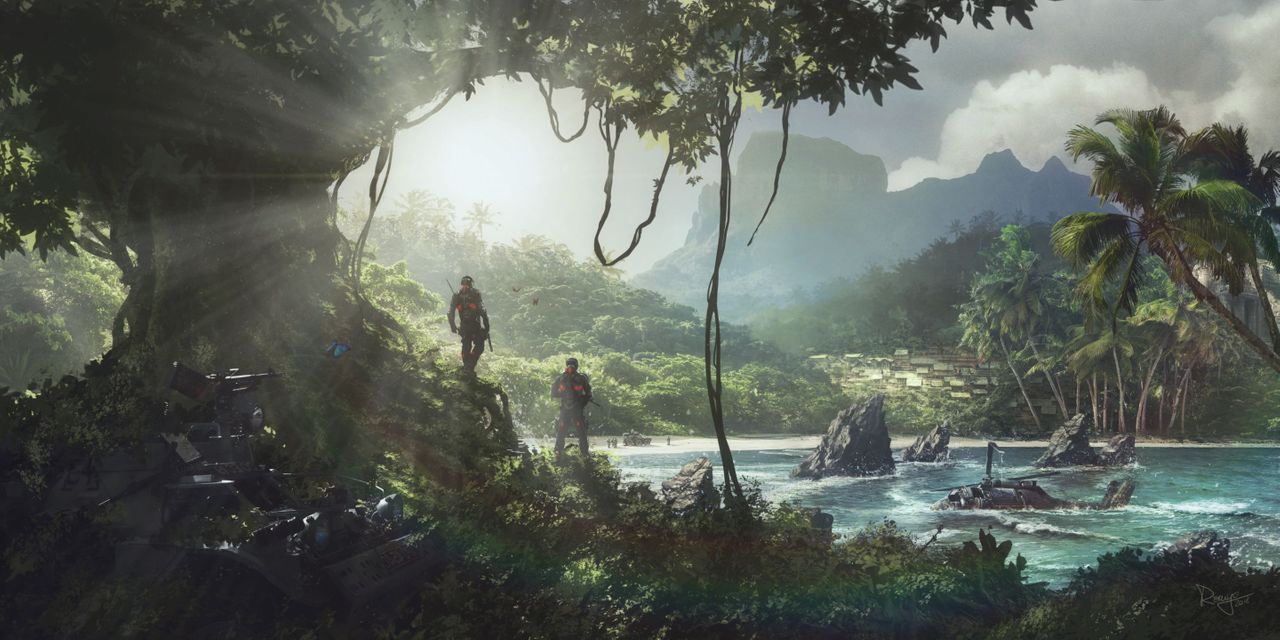 Some couple of square ones to show the detail... 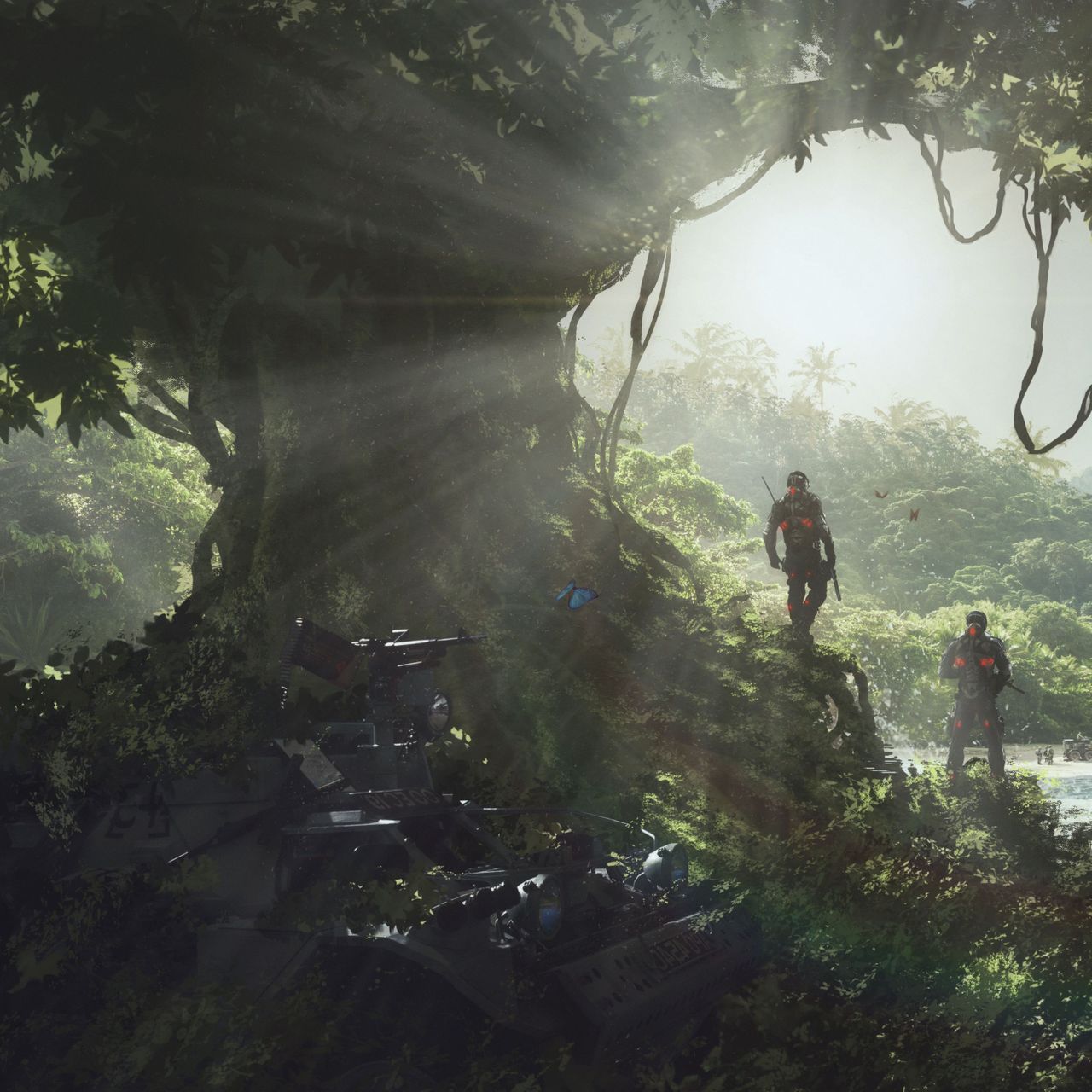 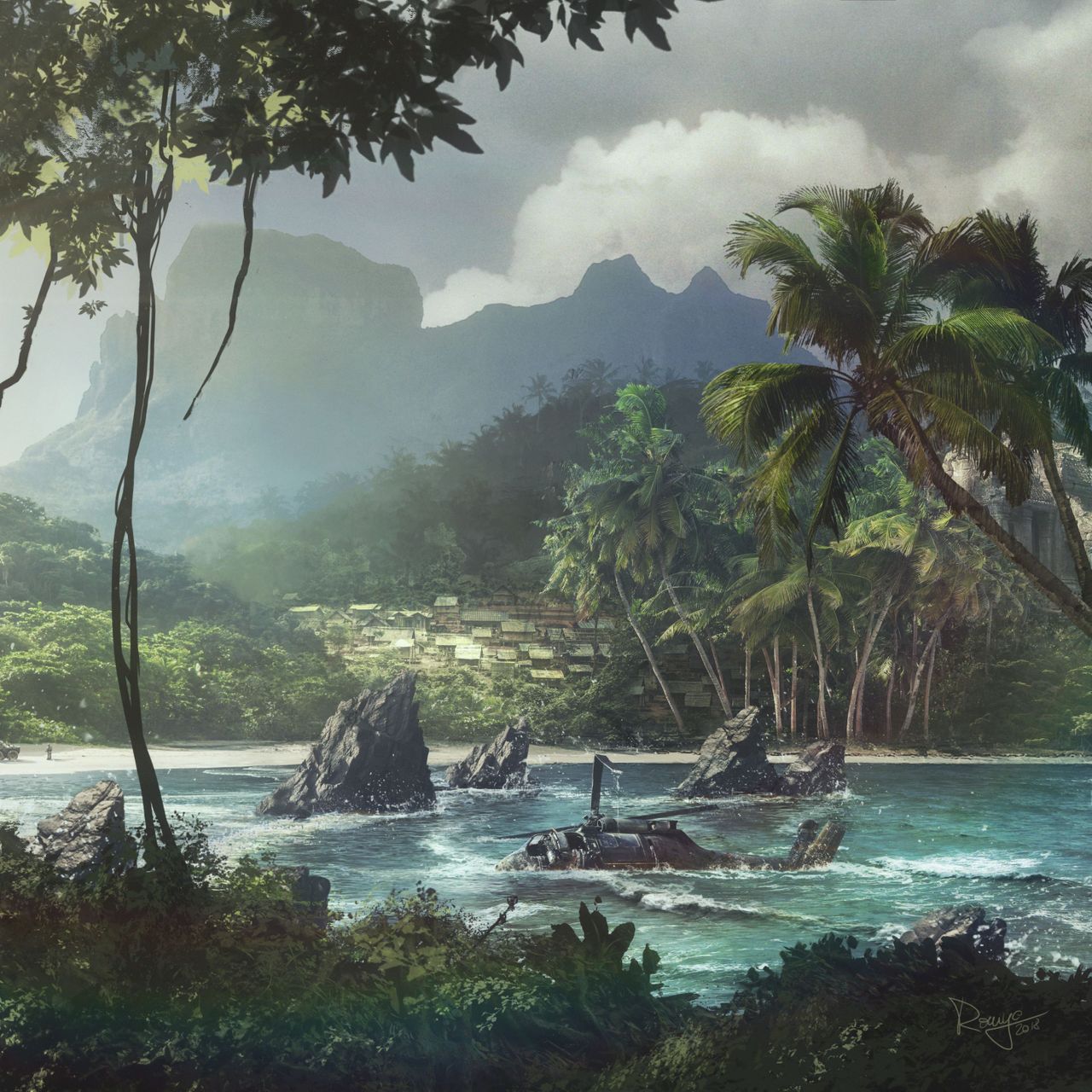 As usual I'm attaching a process animation.
The whole thing was mostly photomanipulated in a matte painting fashion, with sort of mixed results. xD

Maybe the 2nd frame, the sketch in green, seems perfect for sort of a Vietnam vibe, now I wonder what'd have happened if I had continued with that idea. The proportions there seem all different too, more like it's a swamp or the like, and not sure how well it went to turn it in a space as big as the sea.